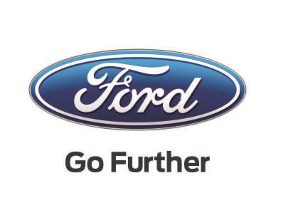 The Blue Oval’s green practices have not gone unnoticed

Ethisphere Institute named Ford in its list of the World’s Most Ethical Companies for the eighth year in succession. The Michigan based automotive giant has long been committed to reducing its environmental footprint and has forged a partnership with suppliers by sharing its sustainability practices with them.

Ford calls it The Partnership for A Cleaner Environment (PACE) which originally focused on water and energy conservation. Now however, the company’s practices include reducing waste, carbon dioxide and air emissions.

Though such sustainability practices have been implemented for quite a while at the company’s manufacturing sites, it’s only recently that it began roping in its legion of suppliers to adopt greener methods for the completion of their day-to-day activities. Ford’s programme to suppliers include tools to help them reduce carbon-dioxide emissions and waste while help making water and energy consumption more efficient. Some of the practices that Ford wants its suppliers to inculcate in their strive for greener efficiency is to include optimising cooling tower operations, reducing compressed air usage in manufacturing operations and eliminating single-pass cooling systems.

More than 40 companies have officially joined the PACE programme which means that close to 1,100 supplier sites in more than 40 countries will have the technical know-how on how to reduce waste, carbon dioxide and water consumption while increasing efficiency.

Speaking of the programme, Marty Wroten who is senior manager of Ford Supply Chain Sustainability, said, “As a company, it’s important that we make quality products and minimise the impact on the environment by doing things the right way. Having suppliers that want to share that responsibility shows we can work together to reduce our collective environmental footprint, while still continuing to deliver great products.”

As part of the PACE programme, Ford offers monitoring tools that help suppliers track and achieve their own sustainability goals, which will allow them to share their environmental progress report and best practices.