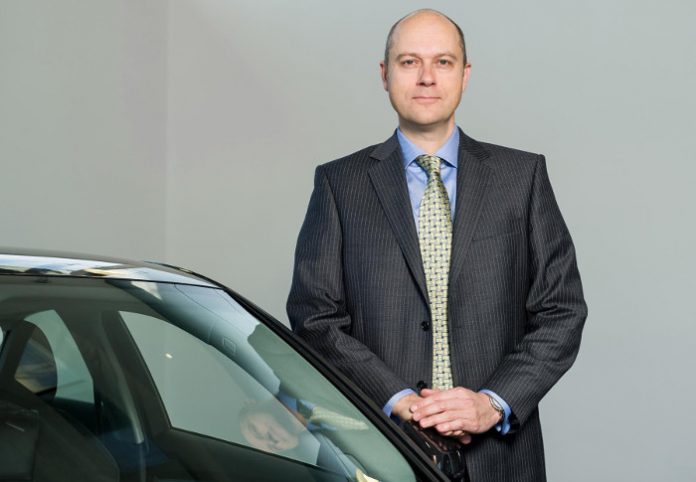 James Douglas has been appointed Head of Sales Operations for Volkswagen Commercial Vehicles. Douglas who is currently the Head of fleet for Audi, will be filling the role left vacant by Andy Waite who left the automaker last month.

Prior to his four year stint at Audi, Douglas enjoyed a 13-year career at Nissan GB that included board-level roles such as Corporate Sales Director and LCV Sales and Marketing Director. Now, as Head of Sales Operations, he will be in charge of the Van centre network, fleet and direct sales, as well as used vans and special vehicles including conversions.

Speaking of the appointment, Volkswagen Commercial Vehicles Director Carl zu Dohna said: “James joins the team at a crucial time in the history of the brand, with the imminent launch of the new Crafter marking the final phase of our range renewal process. I am confident that his wealth of experience in the light commercial industry will be an asset to the team, and I am looking forward to working with him.”

Regarding his new role in the Volkswagen Group, Douglas said, ‘”I’m proud of the work I’ve done at Audi, but excited to be joining Volkswagen Commercial Vehicles at such an important time. The light commercial vehicle market is changing as businesses’ mobility needs change. I’m looking forward to developing new strategies and solutions which enable us to keep pace with, and ahead of, these changes.”

Whether this is the case of “meet the new boss, same as the old boss” is left to be seen. But he will officially be taking up his new role by June of this year. His position at Audi will be filled by someone else at a later date.