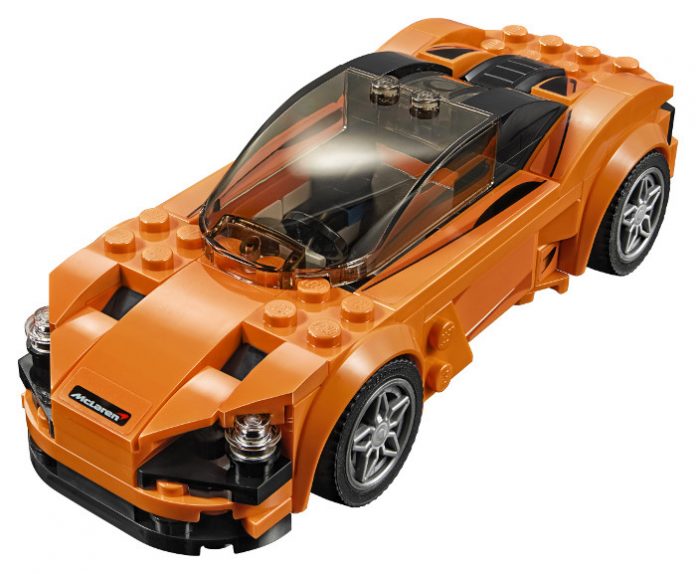 McLaren’s 720S, which was unveiled at the Geneva Motorshow last month, has been immortalized in the form of a LEGO® miniaturized model. The car joins its its bigger brother, the McLaren P1 in the LEGO® Speed Champions range of model cars that are available for purchase.

Named the LEGO speed Champions McLaren 720S, in the box you get the usual bits that make up the car as well as a car designer mini figure and design studio desk, which comes complete with a coffee cup and original design sketch of the car.

Aimed at supercar enthusiasts aged 7 and up, the model will give young minds some understanding into complexity of assembling a vehicle of this nature. LEGO says that the task of recreating the actual car into a LEGO based model was quiet complex especially when it came to mimicking the actual vehicle’s aerodynamic and svelte body shape. It took a LEGO designer a year to prefect and freeze the design – a lifetime by any kid’s standards.

“The LEGO interpretation of the McLaren 720S reflects the most exciting part of the design process, when a two-dimensional sketch is transformed into a physical, three-dimensional model,” commented McLaren Automotive Chief Designer, Rob Melville. “Building a model like this gives the next generation of McLaren enthusiasts a taste of just how exhilarating that moment is for designers.”

The actual McLaren 720S is a second-generation McLaren Super Series supercar that is powered by a twin-turbo 4.0-litre V8 engine that produces 720bhp. Thanks to that power, the car is able to accelerate to 200km/h from a standstill in just 7.8 seconds and reach a top speed of 341km/h.

Well, if you don’t have the means to afford such a car, you can always go for the miniaturized LEGO version and indulge in the joy of building your own McLaren with your bare hands.