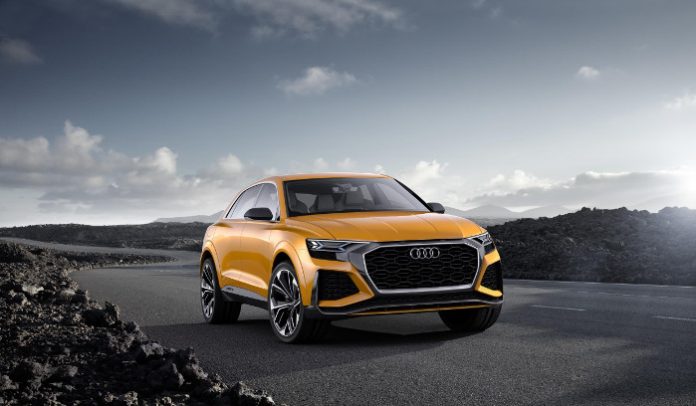 Audi is expanding its product portfolio with the addition of two new Q models – the Q8 and Q4. The Audi Q8 will open up a new segment for the German automaker’s top-end models. It is a premium SUV with a coupe-like silhouette but offers decent amount of space and the latest technologies. The Q4 on the other hand, will be responsible for penetrating the compact utility vehicles (CUVs) segment. Featuring coupe-like design as well, the Q4 will slot between the Q3 and Q5 and should complete the Q line up for the German automaker.

“We will integrate two completely new Q‑models into the existing production network and will thus increase our competitiveness in an extremely important segment,” stated Audi’s Board of Management Member for Production and Logistics, Prof. Dr. Hubert Waltl.

Production for the Q8 will begin in 2018 and a year later, Audi will give the green light to start production of the smaller Q4. Expect good things from the German automaker in the next couple of years but we are sure Mercedes-Benz and BMW aren’t going to take this news lying down.