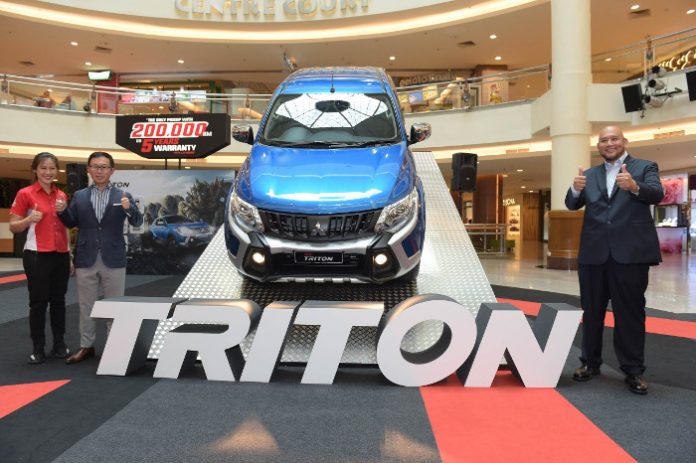 Mitsubishi has officially launched its new Triton for the Malaysian market. The new pick-up truck boasts a number of improvements over its predecessor which aid safety, performance and reliability.

Compared with the truck it replaces, the new one has a dark chrome grille at the front end, newly designed side steps, automatic bi-xenon HID headlights with integrated DRLs and on one variant, 17-inch dual-tone alloy rims and a front bumper shield extender.

Inside, there’s now a new four-spoke multi-function steering wheel and a new instrument cluster. There’s also leather seats, a 8-way adjustable driver’s seat and reverse camera but are only available in the VGT Adventure variant. 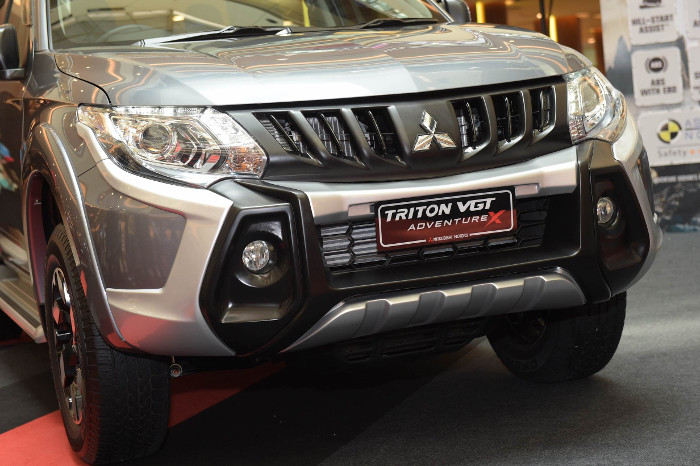 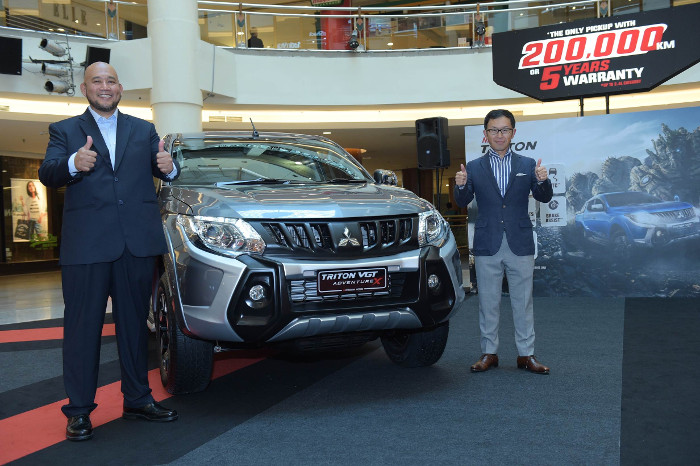 Under the the bonnet is a 2.4-litre MIVEC engine with Variable Geometry Turbo (VGT) that produces 180bhp and 430Nm of torque. This engine replaces the older 2.5-litre unit in its predecessor and is said to offer 15% better fuel efficiency. The improvement is due to the use of aluminium alloy for the engine block and the ability of the MIVEC system to control the engine valves with better precision. Mitsubishi has fitted it with a timing chain, which will lower running costs and extend service life.

There two transmission choices, buyers can choose between a 5-speed automatic with manual mode or a new 6-speed manual one. The 4WD system can be toggled while the vehicle is mobile, which should offer better flexibility especially during off-read excursions.

As for its safety features, the Triton has 7 airbags (front, side and curtain airbags, driver’s knee airbag) but only if you opt for the Adventure variant. Some variants will come with all the features stated in this article, so before you put your name down for a Triton, make sure its of the variant that you actually want.

The following is a list of variants available and the various corresponding body colours:

Imported from Thailand, the new Mitsubishi Triton is already available for order at any Mitsubishi dealership, so visit your nearest one to know more.