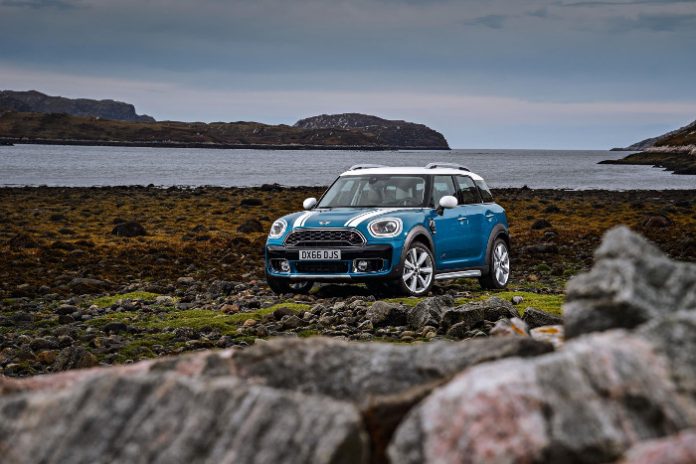 BMW Group Malaysia has finally launched the new MINI Cooper Countryman here in Malaysia. The new car is bigger than its predecessor, measuring 4,299mm in length, 1,822mm in width and 1,557mm in height. The new Countryman has a higher ground clearance and a raised seating position which should complement the MINI ALL4 Bodykit very well.

Including the kit, the Countryman has unique rear and front fenders, Piano Black bumper element and a silver coloured sump guard. There are roof rails on the roof that allow for a fitment of a roof rack, roof box or a bicycle rack. It has satin-finished aluminum with silver-coloured side sill top. And now for the first time ever, the car comes with auto LED Headlamps with Cornering Lights which keep the path ahead illuminated based on the steering position.

Available as either the Cooper Countryman or Cooper S Countryman, the former is fitted with 18-inch Light Alloy Wheels while the latter comes with 19-inch ones. Both rim types are wrapped in run-flat tyres which should offer better convenience in case of a puncture. Thanks to the larger dimensions, the Countryman offers a larger storage volume (450 litres) and increased cabin space. The interior comes with Cloth Firework Cabon Black upholstrey with Hazy Grey interior surfacing which is complemented by the subtle use of chrome and a John Cooper works sports leather steering wheel with paddle shifters. 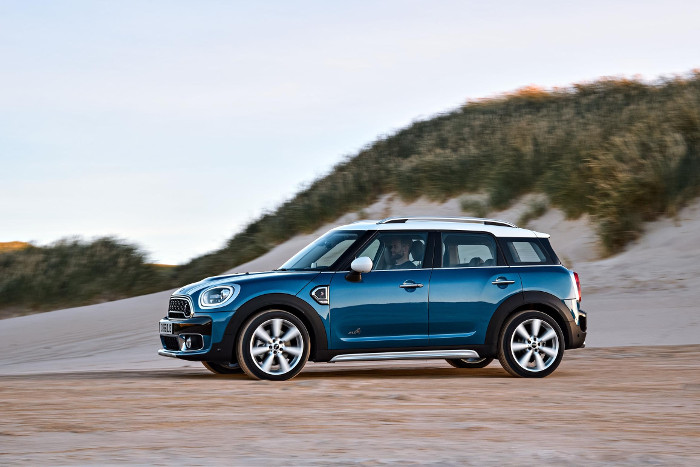 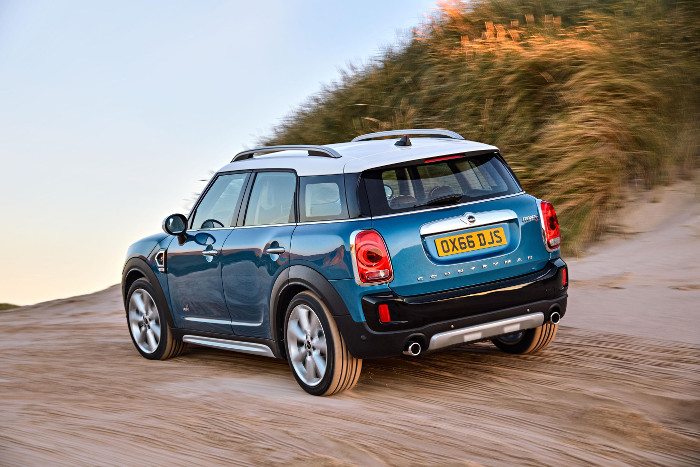 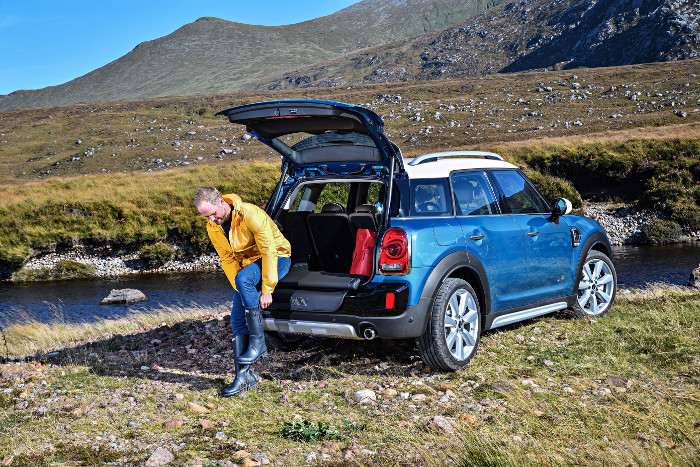 The front seats can be adjusted electronically, but both front rear door pockets offer small storage space as does the centre console that now extenteds to the instrument panel. Two cup holders are fitted in front of the gear selector. The rear tailgate can be operated electronically and for added convenience a sensor has been fitted below the tailgate that can be operated with your foot.

Unlike its predecessor, the new car has a picnic bench that folds out of the boot and offers seating for two. In the centre console sits a 6.5-inch high resolution infotainment system which has in-car smartphone integration. The apps that are download can accessed via the car’s controls and is view-able via the LCD panel that is also integrated with the rear view camera.

There are two engine options available. The Cooper Countryman comes with a 1.5-litre 3-cylinder turbo engine that is mated to a 6-speed automatic Steptronic transmission. It produces 136bhp and 220Nm of torque. MINI says that you should get about 6 litres per 100 km on a combined cycle. Opt for the Cooper S Countryman however, and you will get a 192bhp 2.0-litre 4-cylinder turbo engine which is also mated to a 6-speed automatic transmission. It will return 6.5 litres per 100km when driven frugally.

For the suspension, the car comes with a single-joint spring strut axle at the front and a multi-link rear axle at the back. The car also has electro-mechanical steering with Servotronic function and Dynamic Stability Control (DSC) which should come in handy during emergency maneuvers. A welcomed feature is the Hill Hold Control which keeps the vehicle in place when stationary on an inclination. For safety, the car comes with two front, sides and the ceiling airbags for aided protection.

There are a number of body colours that are available which include Chestnut, Island Blue, British Racing Green, Chili Red, Light White, Melting Silver, Midnight Black, and Moonwalk Grey. The Thunder Grey colour option is only available with the Cooper S Countryman, so if you want people to know that you didn’t buy the standard car, this is the colour to have.

As for prices, the Cooper Countryman is available for RM239,888 while the Cooper S Countryman can be yours for RM269,888. Both variants come with a 4-year unlimited mileage Warranty with a free scheduled service package.

If you are interested, head on over to your nearest MINI dealership or visit the company’s local website to learn more.