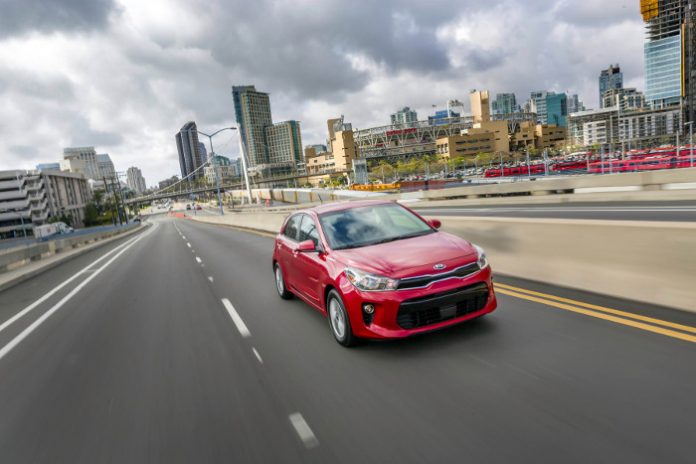 Kia has unveiled the 2018 Rio at the New York Autoshow and the new B-segment car aims to build upon the success of its predecessor. Featuring an all-new design, the new car is aimed at consumers wanting decent fuel efficiency, new tech and advanced safety features in a reasonably priced cheerful car.

A collaborative design effort between three of the automaker’s teams – European, US and Korean design houses, the new Rio has crisper lines and smoother surfaces lending to a more sporty look compared to its predecessor. Taking centre stage is the latest tiger-nose grille and newly designed headlights that stretch toward the fenders. Unlike the previous car, the fog lamp surrounds have been moved outwards and the a lower window line around the cabin have increased visibility somewhat.

The new Rio Sedan is considerably larger than the outgoing one, measuring 4,383mm long and sporting a wheelbase of 2,581mm. The hatchback is 4,064mm long but both variants feature more upright A-pillars than the cars they replace. The all-new platform uses high strength steel for increased durability, safety and torsional stiffness while reducing weight. Through the use of body sealing and bonding adhesives throughout the body construction, Kia says that overall noise, vibration and harshness have been reduced. 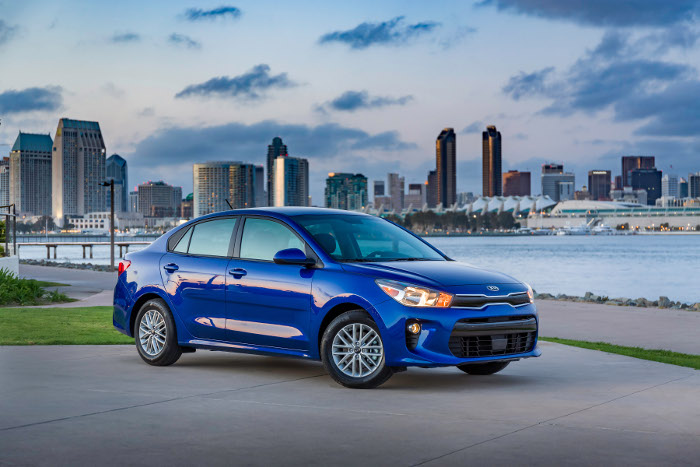 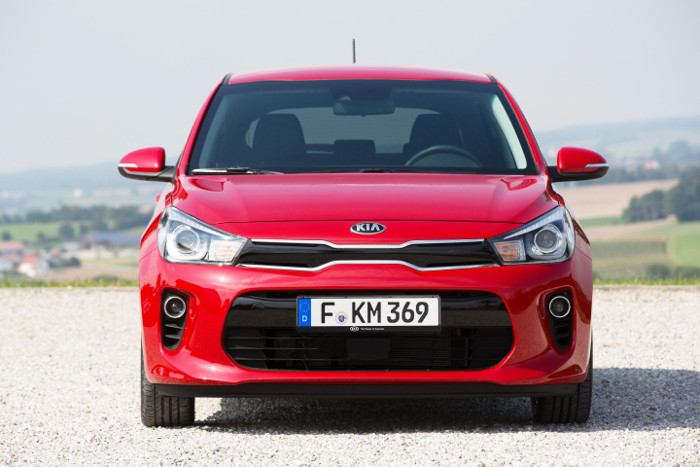 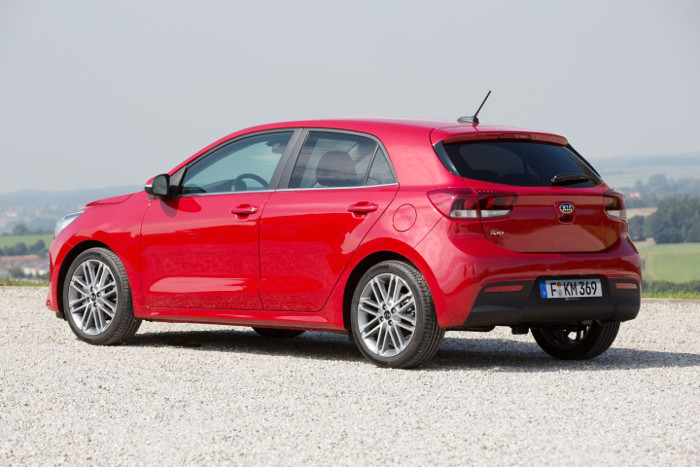 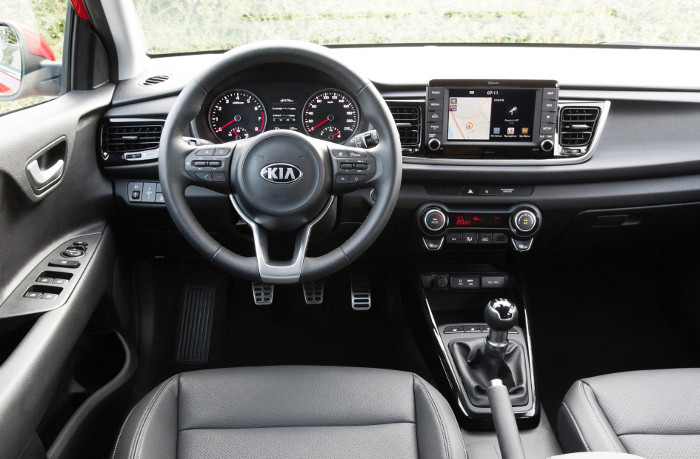 The overall silhouette looks simple yet functional with a lower and wider stance providing for a more sporty outlook. The rear, features shorter overhangs and thinner tail lights. The car is fitted with 15-inch wheels but when ordered in EX trim, it features more sporty alloy ones. The entire range comes with redesigned suspension geometry while utilizing a fully-independent MacPherson Strut front and torsion beam rear axle.

Inside, the cabin has been reworked and as such is more more spacious, has an improved instrument panel and fitted with better quality materials. The contours of the dashboard is said to mimic that of the car’s exterior. The centre console has a bi-level tray which provides enough space to store portable devices such as a smartphone and tablets.

Thanks to the larger dimensions, the cabin is more spacious than before which gives rise to better head, leg and shoulder room for occupants. The front seats have been redesigned and as such offer better comfort without compromising on leg space for the rear passenger. The boot space is 388 liters for the Sedan and 493 liters for the hatchback variant.

As for tech, the car has Bluetooth hands-free functionality, a six-speaker stereo with satellite radio and a rear-view camera system. The EX trim car gets a seven-inch floating touchscreen interface, UVO3 voice recognition infotainment system and smartphone integration through Android Auto and Apple CarPlay.

This new Rio has the same 1.6-litre GDI engine as its predecessor that puts out 130bhp and 161Nm of torque. The engine is mated to either a six-speed manual or six-speed automatic transmission, which are available for both sedan and hatchback variants.

No word yet on when the new Rio will make it into our market but that shouldn’t take long considering the popularity of Kia models in Malaysia.