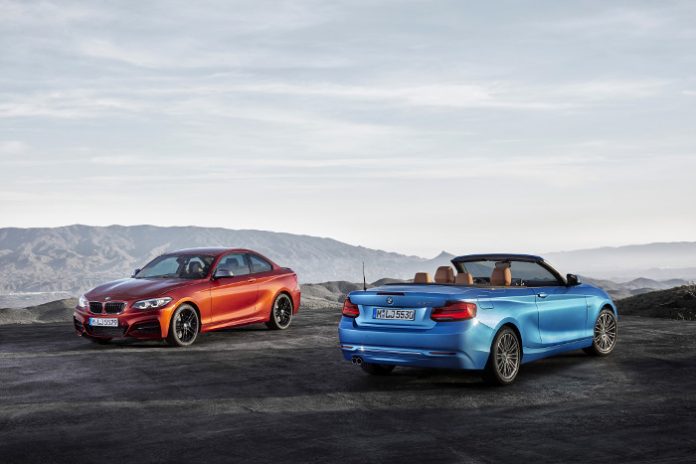 BMW has given us a glimpse of the new 2-Series Coupe and Cabriolet ahead of their official launch in July this year. The automaker has sold about 150,000 such cars of the same name plate around the world but the demand is highest in the US, UK and Germany.

The new 2 Series features subtle design changes on the outside but an all-new interior with different upholstery choices. Now, the bi-LED headlights are fitted to both models as standard, but can also be specified in adaptive full-LED ones as an option. The twin headlights has a hexagonal look giving rise to a more futuristic appearance, The kidney grille is larger, the outer air intakes are now also larger and the rear features new single-piece LED taillights as standard.

Step inside the cabin, and you are immediately greeted by a new instrument display that features a black-panel design. There’s now one new leather and two new cloth upholstery options to choose from, which complement the aluminium or fine wood trim strips and high-gloss black panels with chrome accents. 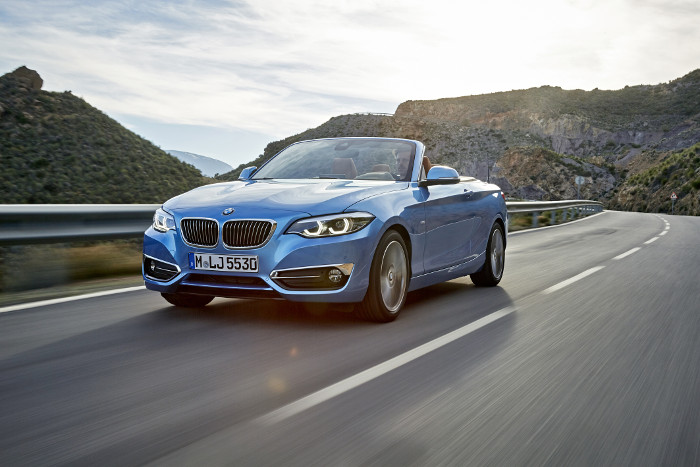 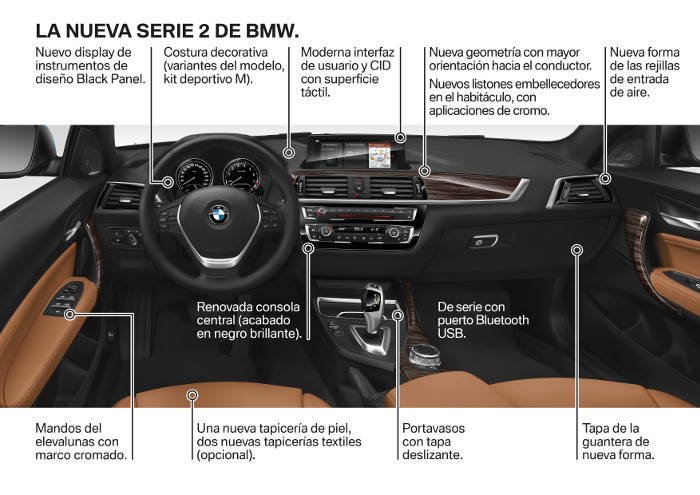 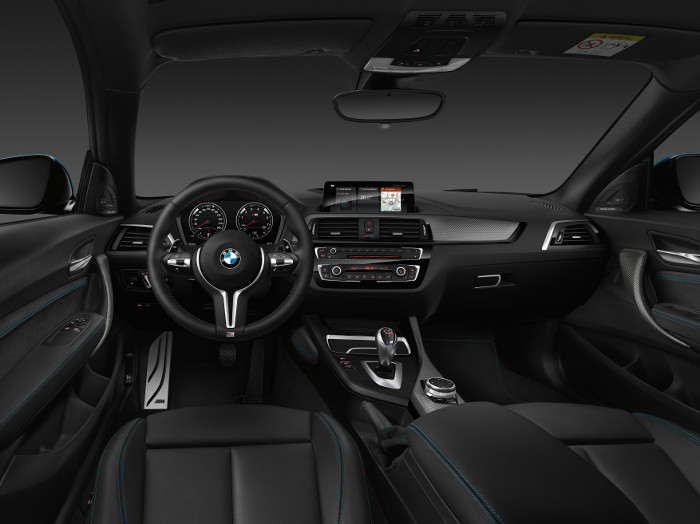 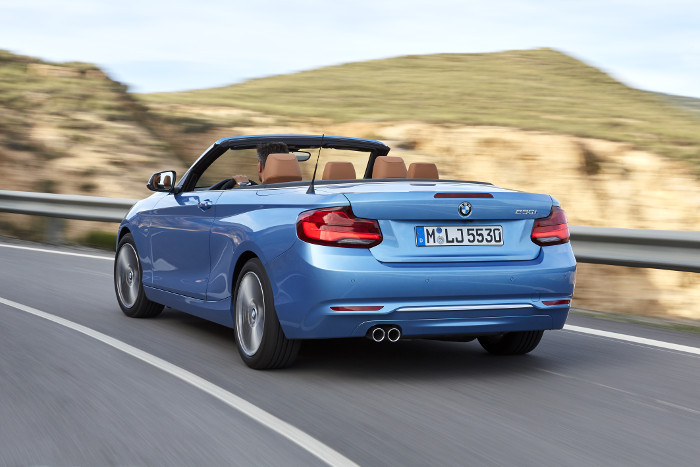 BMW says that the interior feels more spacious and less cluttered due to certain tweaks that they’ve made to the design and layout. It’s more prominent features are the contrast stitching as well as the high-gloss black surfacing for the centre stack and the chrome elements for the control panels in the doors.

Located at the top of the centre stack is the high-resolution 8.8 inch touchscreen infotainment system that has the latest iDrive operating system as standard, optional navigation system, support for Apple Carplay, voice control system and a touch controller interface.

For convenience there’s a charging tray that allows you to charge your compatible smartphone wirelessly and the in-car Wifi hotspot provides high speed mobile internet for up to 10 devices. You can also insert a SIM card to expand the vehicle’s connectivity services which include Real Time Traffic Information (RTTI) with hazard preview, On-Street Parking Information and access to the vehicle via Remote Services. There’s even support for Microsoft Office 365, which will allow occupants to use a secure server for their emails, calendars, contact details and the car’s built-in Microsoft Exchange function.

The new 2 Series can be ordered with 16, 17 or 18-inch light-alloy wheels and the exterior body coloyr can be ordered in two new colours which are Mediterranean Blue, Seaside Blue and Sunset Orange. The M Performance vehicles, M240i and M240 xDrive get a bit extra kit than the standard cars.

BMW is offering the two series with a number of engine options that include three, four and six-cylinder powerplants with power outputs ranging from 136bhp to 340bhp. These engines can be mated to either a 6-speed manual or eight-speed Steptronic gearbox. And like the other cars in the line-up, the Coupe and Cabriolet have safety tech that include Active Cruise Control, a Driving Assistant, Lane Departure Warning system and City Collision Mitigation.

The 2 Series will officially be shipped out to dealerships around the world later in the year but expect more information and pictures as the launch date draws nearer.