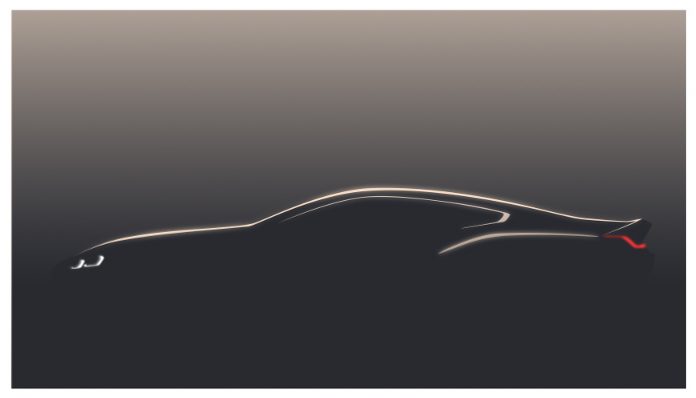 During BMW’s annual general meeting, Chairman of the Board of Management of BMW AG, Harald Krüger, announced that the automaker would be introducing a new concept car. Considered to be a design study, it will be unveiled at this year’s Concorso d’Eleganza Villa d’Este on 26 May 2017.

The concept car will provide a glimpse into what the new BMW 8 Series Coupe would look like when it eventually is revealed in 2018. According to the Munich based automaker, the new car “embodies uncompromising dynamics and contemporary luxury – the essence of a modern BMW coupe”.

Speaking of the new concept car, Krüger said, “The BMW 8 Series Coupe will build on our tradition of luxurious sports coupes and add a genuine dream car to our line-up – a slice of pure automotive fascination. The 8 Series Coupe will underpin our claim to leadership in the luxury segment. I can tell you today that this will be a true luxury sports coupe.”

At the moment, all we have is an outline of the car. It isn’t much to go on but based on the silhouette, the car may incorporate design cues from the 6 Series Coupe albeit with wider dimensions. Both front headlights and rear taillights should be of the LED kind at the very least and the car in general, should be loaded with the latest safety tech and BMW’s latest iDrive system.

We will bring you more once the car is unveiled next week, so stay tuned for more updates.