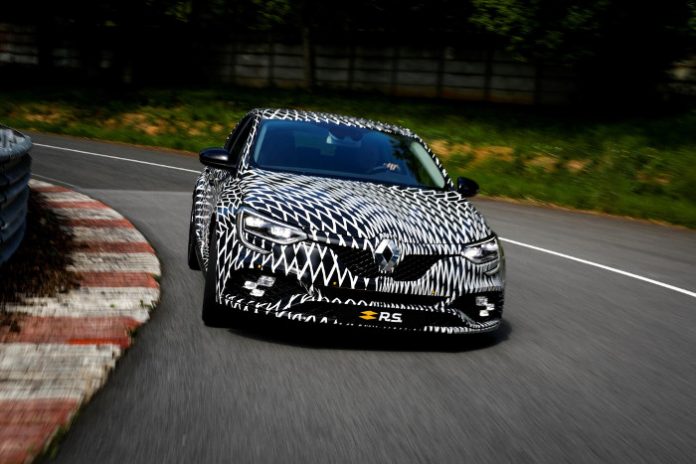 Renault will unveil the latest iteration of its ever popular Megane R.S. in Monaco on Friday 26th May. The unveil has been timed to coincide with the Monaco Formula 1 Grand Prix. And fittingly, the Renault will be sporting a yellow and black livery that complements that used by the namesake’s F1 car. This has been done to commemorate the French automaker’s 40-year involvement in Formula 1.

Nico Hulkenberg, Renault’s Formula 1 team driver will drive the car onto the stage for the big reveal. According to Renault, the Megane R.S. has benefited quite a bit from technology developed for F1 including aerodynamics and suspensions. As such, we can expect good things from the new generation Megane R.S..

If you would like to know more about the the three generation of Megane R.S. cars and a video of them, visit the automaker’s site at press.renault.co.uk.