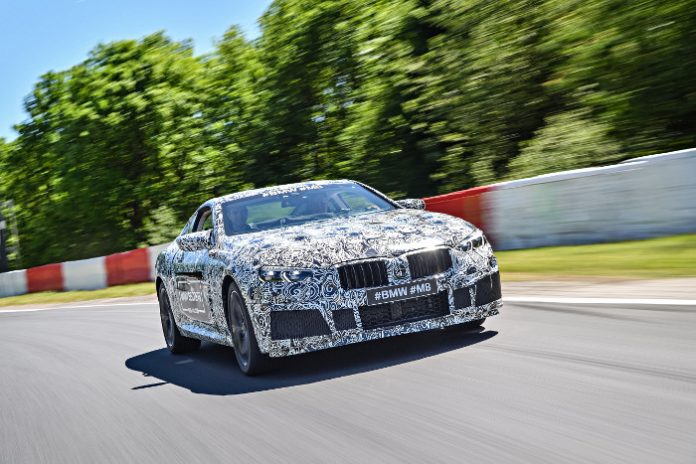 BMW has revealed that alongside the development of the new 8 Series, the automaker’s engineers are also working on the M version of the car. The fully camouflaged prototype will make an appearance as a driving presentation, which is part of the support programme for the Nürburgring 24-hour race.

“The conception and development of the standard BMW 8 Series and the M model run in parallel,” explains Frank van Meel, President BMW M Division. The future BMW M8 will build on the genes of the 8 Series and augment its DNA with added track ability and generous extra portions of dynamic sharpness, precision and agility. It all flows into a driving experience that bears the familiar BMW M hallmarks and satisfies our customers’ most exacting requirements.”

The car is said to feature classic M design features which include large air intakes, modified brakes and a sports exhaust with four tailpipes. The M8 will also be the base on which BMW will build their M8 GTE race car that will spearhead the German automaker’s charge for the Le Mans title.

Development has already begun with the hopes of a debut sometime this year, but the car will only enter competitive racing next year beginning with the Daytona 24 Hours.

Take a look at the picture gallery below for a basic idea of what the M8 might eventually look like. We know its not much to go on, but something is better than nothing.