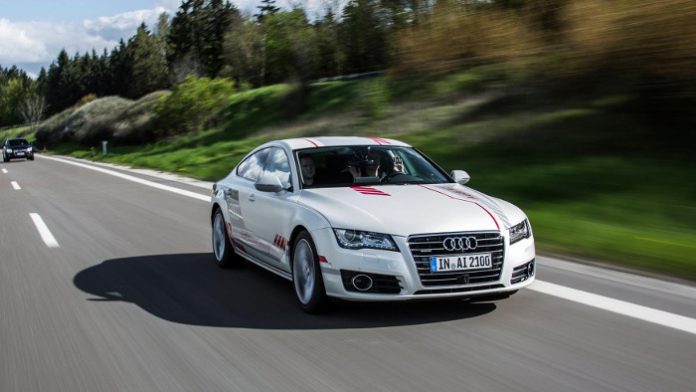 Audi has become the first automaker to test its autonomous vehicles in New York. It intends to demonstrate and test the abilities of its self driving cars in the Big Apple with Society of Automobile Engineers (SAE) Level 3 automation. SAE’s Level 3 is a classification for vehicles that are capable of automated driving at posted highway speeds when specific conditions are met.

Testing will begin in mid-June where two trained engineers will be present in each of these Audi vehicles while the autonomous tests are conducted. One will be seated in front and the other in the back seat to monitor the vehicle’s systems and ensure that they are working as intended.

According to the automaker, Audi’s autonomous demonstration vehicle has already covered thousands of kilometers on limited access highways across the US safely and without incident. This is a testament to the reliability of the automaker’s self-driving systems that allow the vehicles to navigate through public roads and traffic safely.

Unlike certain other US states, New York is more open to idea of allowing self driving vehicles on its city streets. Last month, New York Governor Andrew Cuomo announced that New York was accepting applications from companies interested in testing or demonstrating autonomous vehicles on public roads. New legislation was included in New York’s 2018 financial year budget to allows for testing autonomous technology through a year-long pilot programme.

Regarding this, Scott Keogh, president of Audi of America said, “We have been leading the way in the development of piloted driving technology for more than a decade now, and testing in real-world environments is a key step in our pursuit of safer roads. We applaud Governor Cuomo for his leadership and stand ready to assist in defining how this future will unfold in the Empire State now and for years to come.”