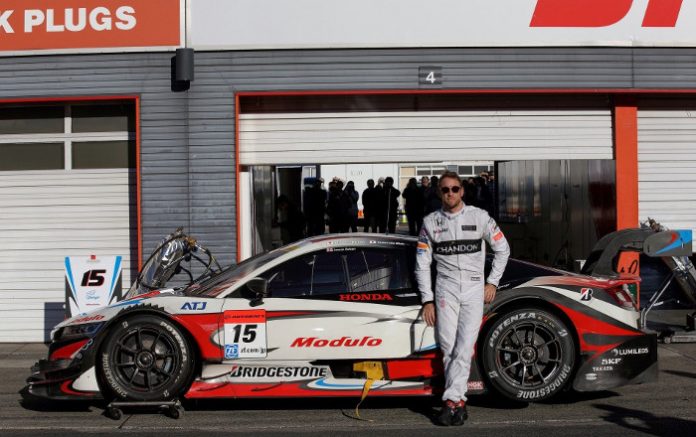 This past few months have shown that Jenson Button is one driver who will step up to the occasion when and where he is needed. Recently, he stepped in for former teammate, Fernando Alonso for the McLaren Honda F1 team at Monaco. Unhappy with the team’s current fortune in F1, McLaren decided put Alonso’s talents to better use in the InyCar racing series for the prestigious Indy500 race.

Despite showing promise throughout the race weekend, Alonso’s F1 misfortunes followed him to IndyCar too, where he suffered engine malfunctions, which led to his retirement. During that same period, Jenson Button, who retired from F1 last year, rose to the occasion and stepped in for McLaren Honda at Monaco with Alonso’s car.

Unfortunately, Button too suffered similar misfortune on behalf of Alonso during the race. He caused a bizarre crash with Sauber’s Pascal Wehrlein during an overtaking maneuver. Neither driver suffered serious injury but any hope of Button being McLaren’s saving grace were dashed with that particular incident.

On the upside though, Honda has agreed to allow him to participate in a one-off race in the Super GT racing Series. He will be competing in a NSX-GT in the GT500 category at the Suzuka circuit. Button will begin testing the car in Japan with Team Mugen from 6th to 7th June.

Speaking of his participation, Button said, “I am delighted to have the opportunity to race a NSX-GT at the prestigious Suzuka 1000km. Last year in December, I really enjoyed driving the NSX Concept GT at Honda Racing Thanks Day, and since then have been itching to drive it in a championship race. Thankfully when I approached Honda to race in SUPER GT they thought it was a great idea. I am grateful for this opportunity and am very much looking forward to racing in front of my Japanese fans again. See you guys at Suzuka in June!”

The International Suzuka 1000km is the longest running car race in Japan and has been held annually since 1966. His participation will mean that the team will be fielding three drivers for this particular race, two of the regular ones, Hideki Muto and Daisuke Nakajima as well as Button.