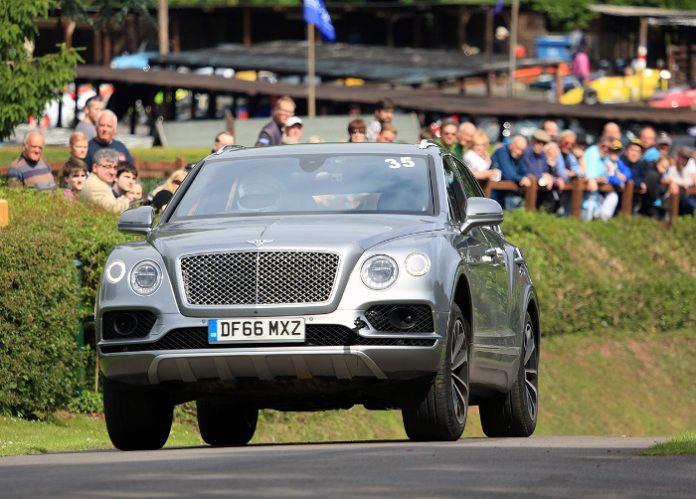 Over the weekend, Bentley broke two records at the Shelsley Walsh Hill Climb with its 600bhp Bentayga, much to the surprise of the crowd that was gathered. Driver of the Bentayga, Vicky Parrott, belted the car the entire way to secure the first ever ladies hill record for an SUV with a time of 35.53 seconds.

This feat comes exactly 80 years after Bentley last held a ladies record at the hill climb, which was in 1927. Serving as icing on the cake, the automaker also broke the overall hill record for an SUV and also won its class which included vehicles such as the supercharged Land Rover Discovery SI6 and Mitsubishi Outlander PHEV. 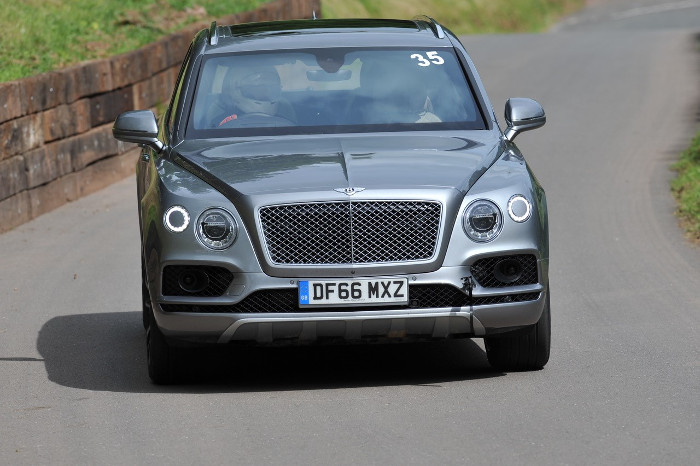 Speaking of the remarkable feat, Parrot said, “I have driven on many circuits but this is my first visit to Shelsley Walsh and what a fabulous place it is, very narrow and daunting but this Bentayga is some serious machine and has enabled me to set a new women’s record, so I am very grateful to Bentley for giving me this opportunity … oh and also for the loan of the special Bentley racing overalls with the name of a certain David Brabham embroidered onto the waist band!”