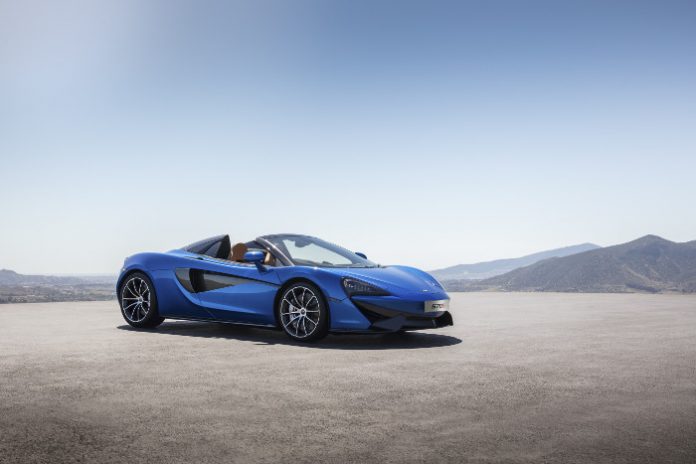 McLaren has unveiled the open top version of its venerable 570S, called the 570S Spider. According to the automaker, it offers the same high-performance dynamic attributes and refinement as the 570S Coupe but with an open-top experience.

The Spider will join the Coupe and GT variants of the 570S line-up in McLaren’s Sports Series product family after its world debut at the Goodwood Festival of Speed. The car will feature a retractable hardtop that incorporates the same technology used by the roofs of the 650S and 675LT Spiders. The car weighs 46kg more than the Coupe version, which is undoubtedly due to the extra structural reinforcement needed to compensate for the lack of a B and C pillar.

The roof takes just 15 seconds to open and close and will be able to do so at speeds of up to 40km/h. There’s also an electrically operated glazed rear window/wind deflector to ensure that occupants aren’t troubled by outside air flowing into the cabin. But, its extended rear spoiler is 12mm higher than that of the Coupe to compensate fro the change in body shape.

Like its Coupe brethren, the 570S Spider’s body is constructed from carbon fibre, has a mid-engine drivetrain layout and the typical McLaren dihedral doors. 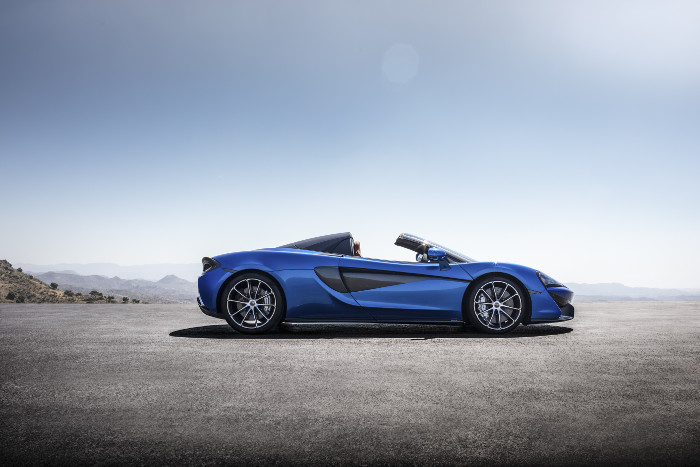 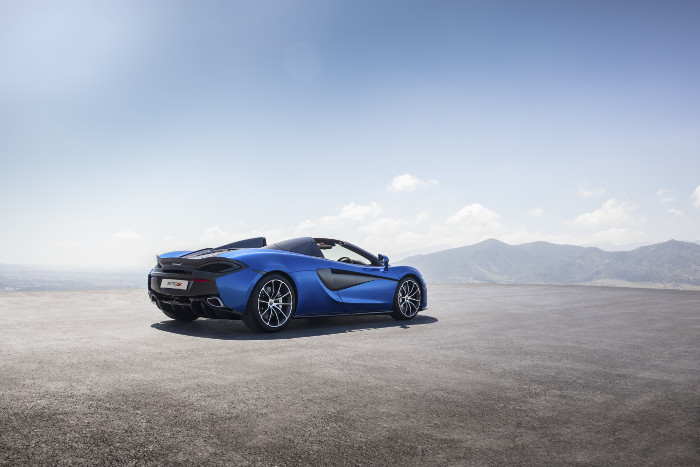 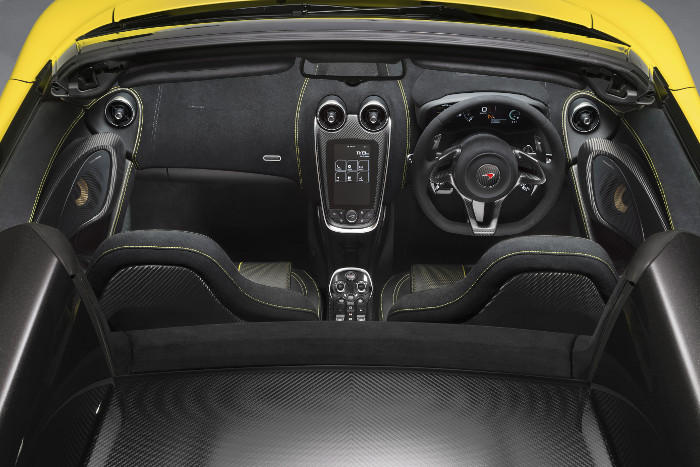 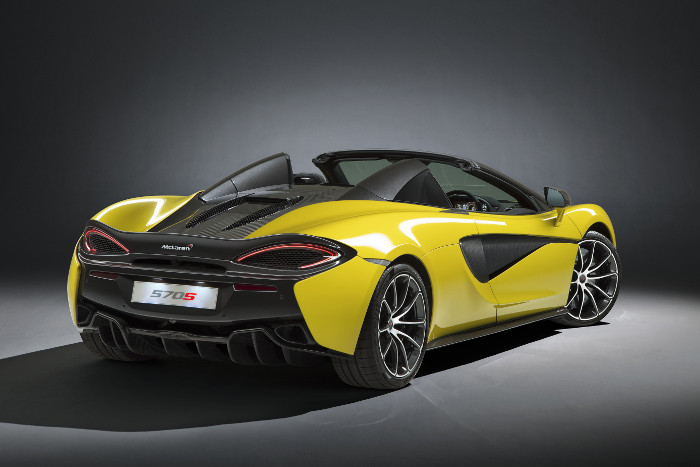 Powering the car is the same 3.8-litre turbocharged V8 found in the Coupe and is mated to a seven-speed DCT gearbox. The engine produces nearly 570bhp and 600Nm of torque, which allows the 570S Spider to sprint from 0-100km/h in 3.2 seconds and hit a top speed of 328 km/h with the roof up (identical speed to Coupe) and 315km/h with the roof down.

The first 400 Spiders will be built as launch edition models, mimicking the same strategy used for the 720S when it was initially launched. The car is available to order now and is priced at £164,750 (RM893,769) and will also come in three new exterior colours which are Curacao Blue, Vega Blue and Sicilian Yellow. In total, there will be 20 different body colours to choose from, which McLaren say will complement the car’s complex bodywork very well.