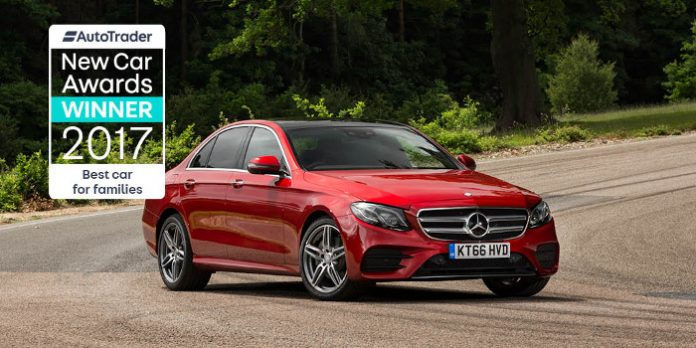 Mercedes-Benz has won two awards at the inaugural Auto Trader New Car Awards. The first award was for the “Best car for Long Distances”, which was picked up by the C-Class and the second, was for the E-Class by winning the ‘Best Car for Families’ award.

Unlike most motoring related awards, the Auto Trader one is a bit different. Winners aren’t chosen by a panel of judges, instead, decisions are based on the opinion of 10,000 consumers who have bought, driven and lived with these vehicles – they provide unbiased and valued insight of the ownership experience.

Krishan Bodhani, Head of smart and Product Management, Mercedes-Benz Cars UK, said: “It’s a huge honour for us to win two awards at the first ever Auto Trader awards, especially as the votes are cast by customers.”

Currently, the E-Class line-up is as diverse as it has ever been thanks to the recent addition of the E-Class Cabriolet and E-Class All-Terrain as well as several petrol and diesel engines to the line up. How well Mercedes-Benz does this year remains to be seen. But if they keep churning out cars like the current E-Class, 2017 should be a good year for them.