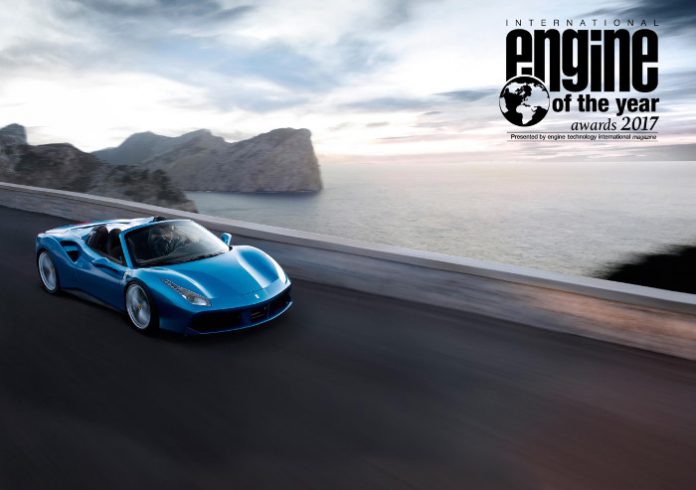 Ferrari’s venerable 3.9-litre twin-turbo V8 engine, the very same that powers the 488GTB, 488 Spider has been named International Engine of the Year in the 3.0 to 4.0-litre category. It is also the same engine, albiet with a slightly smaller displacement, that can be found in the Italian Automaker’s California T and GTC4Lusso T models.

Speaking of Ferrari’s latest honour, Tony Robinson, founder of the International Engine of the Year Awards, said, “This is only the second time in the history of the IEOTYA that such a powerful performance engine has taken the overall honours two years consecutively and won the most coveted, outright IEOTYA title. The Ferrari V8 is all about amazing power delivery, precision, driveability and a wonderful soundtrack, too.”

The automaker has dominated the award’s above 4.0-litre and Performance Engine Categories for the past six years. And this year, Ferrari’s naturally-aspirated 6.3-litre V12 engine, the very same unit that powers the F12berlinetta and F12tdf, received the Above 4-litre award for the second year in succession and third in total.

Having said that, the V12 engine is the most special of the lot for Ferrari. That’s because this was the original configuration that the company started its legacy with, exactly 70 years ago in 1947. It’s hailed to this day as the quintessential powerplant of the brand and through constant development, will continue to power the crème de la crème of performance cars that bear the Prancing Horse badge.

Since delving into the forced-induction game in recent years, Ferrari has managed to create turbo engines that offer little to no turbo lag resulting in exceptional levels of linear power delivery. These masterpieces that Maranello has been producing, are of some of the most technologically advanced engineering marvels of the modern world.