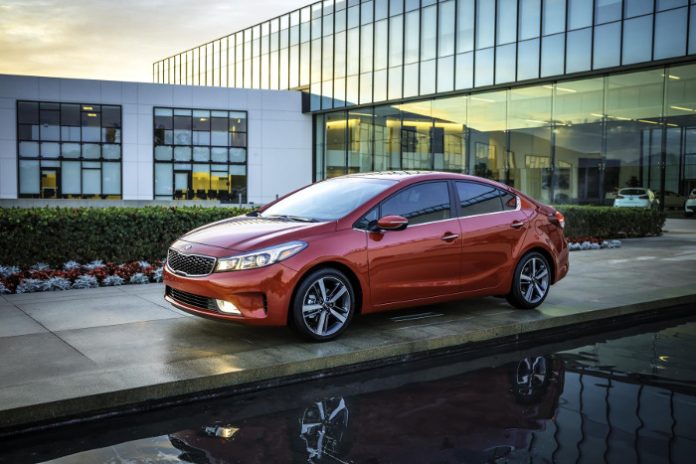 In the US, the Kia Cerato, which is still known as the Forte, has been awarded the Top Safety Pick Plus (TSP+) by the Insurance Institute for Highway Safety (IIHS)(USA), which is the best possible rating. The award pertains to the car built after March 2017 that is equipped with the optional front crash prevention and high intensity discharge (HID) headlights with Dynamic Bending Light tech.

The latest accolade complements the one recently received by the car for being named highest-rated compact car in the 2017 J.D. Power Initial Quality Study (IQS). The results were tabulated based on data from customer satisfaction survey and issues reported in the first 90 days of ownership.

“Kia Forte is one of our most popular and best-selling vehicles,” said Orth Hedrick, vice president, Product Planning KMA. “The new distinction of TSP+ rating from the highly-respected IIHS reconfirms the high priority we place on safety for our customers and why Forte remains a favorite in the compact sedan class.”

For a vehicle to qualify for the TSP, the IIHS states that these vehicles have to earn “good” ratings in five crash worthiness tests – small overlap front, moderate overlap front, side impact, roof strength and head restraints – as well as an “advanced” or “superior” rating for front crash prevention and an “acceptable” or “goo” rating in headlight testing.

Over in the US, the Cerato is offered in three different trim levels, namely the LX, S and EX. All come with a 2.0-litre 4-cylinder engine that produces either 147bhp or 164bhp and mated to a 6-speed manual or 6-speed automatic transmission.

Based on recent news, it looks like Kia is constantly improving by producing safe and technologically advanced models that are able to offer kit of more expensive European cars but at a much cheaper price.