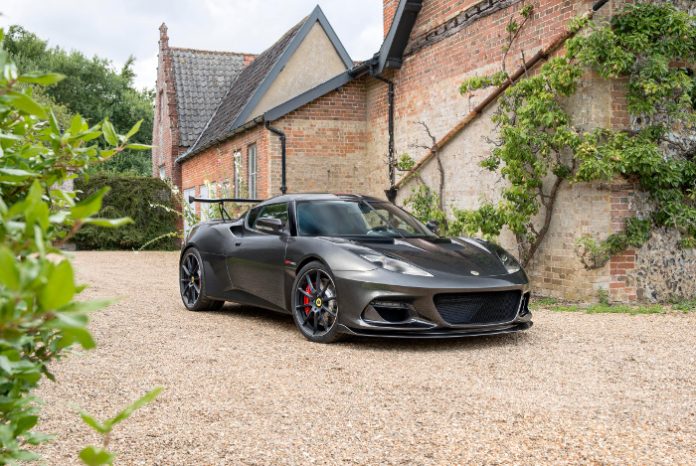 Lotus has released a new variant of its Evora sports car called the GT430 and boasting that its the most powerful road going car that it has ever produced. Sporting lightweight carbon-fibre panels and better performance, the car is pipped to be the most exhilarating Lotus on the road right now. In fact, it has even managed to beat the lap time of the super lightweight Lotus 3-Eleven on the manufacturer’s Hethel test track.

Its looks aren’t that dissimilar from other variants that bear the nameplate, however the devil is in the details. It has specially designed body panels that feature exposed carbon weave sections at the front and rear. The front and rear bumper, front splitter, front access panel, roof panel rear wing and tailgate are all made from carbon-fibre.

When placed side by side with the regular version, it becomes apparent that the GTE430 has larger front apertures, a new carbon fibre splitter, air blades and louvers positioned on top of each front wheel arch.

At the rear, aero ducts behind each wheel reduce pressure in the wheel arch, there’s wider Michelin Pilot Sport Cup 2 tyres, and a large rear diffuser. Both are crowned by the large, profiled carbon wing. As a whole, the car generates up to 250kg of downforce through its thoroughly tweaked aerodynamics.

And the extensive use of these lightweight materials has resulted in the car shedding 26kg at 1,258kg making it the lightest Evora produced, lighter still than the anorexic Evora Sport 410. This feat was accomplished despite the addition of 9kg worth of aero kit including the carbon-fibre rear wing as well as larger wheels and tyres.

The car is still powered by the same 3.5-litre supercharged V6 engine that produces 430bhp and 440Nm of torque. The increase in torque is a direct result of a new air-to-liquid gearbox cooler which first debuted on the Evora 400. 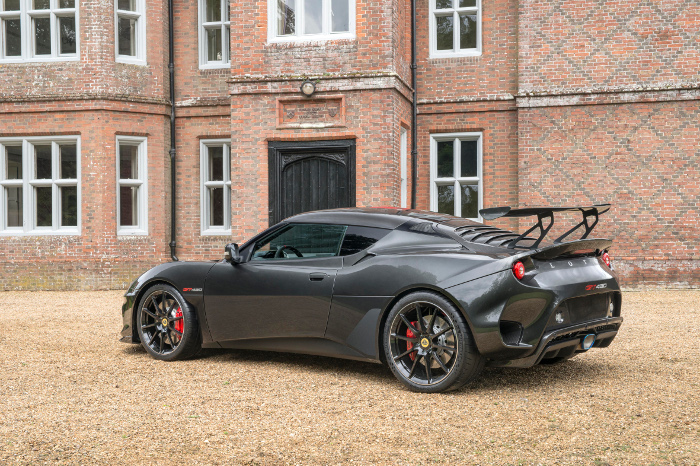 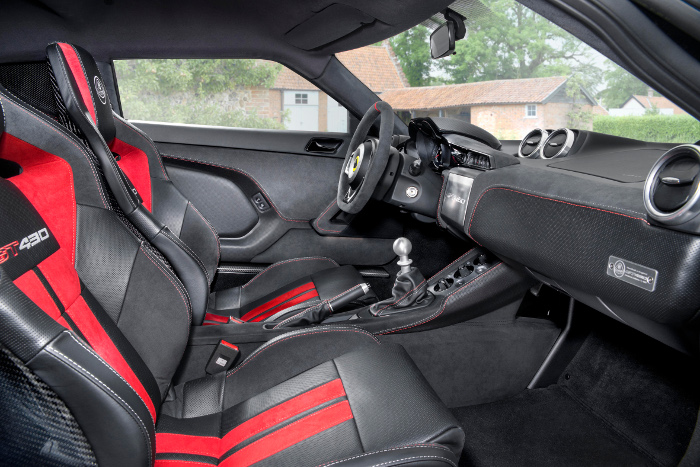 The engine is mated to 6-speed manual gearbox that features a low inertia, single-mass flywheel. Lotus has also fitted the car with a Torsen-type limited slip differential (LSD) to give it better traction and faster exit speeds during cornering.

Thanks to the performance increase, the car is able to sprint from 0-100km/h in just 3.8 seconds and reach a top sped of 305km/h. And the edition of a titanium exhaust system that is 10kg lighter than the standed one, the car seems to hit all the right notes.

As for suspension, the car gets Öhlins TTX two-way adjustable shocks and Eibach Springs which not only offer a 10kg weight saving but provide drivers with better options to fine tune the setup to suit their needs.

Just like the exterior, the cabin incorporates the same carbon theme with the carbon trim panels, carbon race seats and carbon instrument binnacle cover that complement the graphics design on the instrument panel.

There’s the same dynamic stability modes (Drive, Race and Off) that alter the electronic safety systems based on how much control the driver prefers to have over the car.

Despite the extreme weight saving measures that were taken, Lotus still managed to give it a touchscreen infotainment system that offers iPod and bluetooth connectivity functions as well as satellite navigation and reverse camera integration.

The steering wheel, dashboard, door panels, transmission tunnel and centre console are all trimmed in a combination of black Alcantara and perforated leather, with a full leather or full Alcantara trim option available at no additional cost. All trim choices are complemented by contrasting twin colour stitching, in red and white, and matte black interior panels.

According to Lotus, only 60 of these cars will ever be produced making it one of the rarest Evora cars in the history of the company. We shall have to wait and see if one or two manages to make its way to our shores.