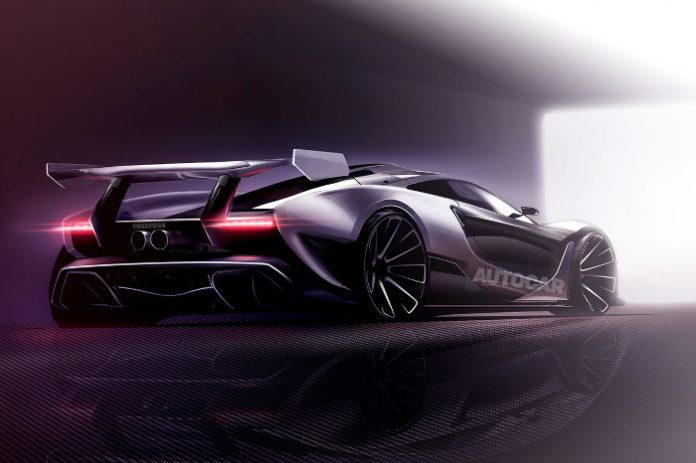 McLaren is currently hard at work producing one of its most potent offerings in recent history. It’s called the P15 and is meant to be the most powerful supercar in the company’ stable, second only to the P1 GTR. In fact, the automaker has stated that it has given its engineers freedom to prioritize performance over everything else in order to make it the best performer.

Carbon-fibre will only be used where a considerable weight saving advantage is plausible. The car will feature McLaren’s latest Monocage II one-piece carbonfibre tub and race-inspired two-seater interior. The absence of an electrical powertrain means that the P15 will weigh just 1,300kg which is significantly less than the P1’s 1,547kg.

According to McLaren this gives the car an even better power-to-weight ratio, thanks in part to the 3.8-litre turbocharged V8 engine. It’s basically the same engine taken from the P1 but tweaked to produce 789bhp, which is about 52bhp more.

Though the engine produces more power than the same unit found in the P1, the latter still trumps it at overall power due to the electric motors that brings peak power to 903bhp. That said, it will still be able to match, if not beat, the time taken for the P1 to sprint from 0-100km/h, which is about 2.7 seconds.

Autocar UK had an exclusive session with the Woking based manufacturer and has revealed an image of what the car could look like.The styling said to be the ‘ultimate distillation of form following function’ and features active aerodynamics with self-adjusting spoilers, massive rear diffuser and an ostentatious twin exhaust pipes. The entire silhouette is far more aggressive than what we are used to seeing from McLaren, which could mean that this new P15 may be a track car for the road.

The P15 should make its debut in March of next year at the Geneva Motor Show sporting a price tag of £840,000 (RM 4,696,309) with production said to be limited to just 500 cars. More details should be revealed in the coming months, so stay tuned.