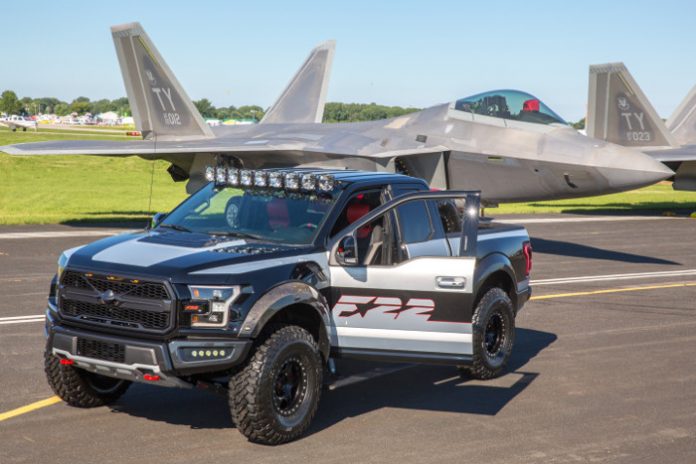 Ford’s F-150 Raptor is one powerful behemoth of a truck that needs no introduction. It’s a tough and capable off-roader that surmises the American dream of sticking it to the man as well as mother nature.

The Blue Oval has taken its latest Raptor and customized it to incorporate design cues of the US Air Force’s Lockheed Martin F-22 Raptor fighter jet. This particular truck has been auctioned off during the annual auction at AirVenture Oshkosh.

The purpose of this really cool customization job is to raise money and awareness for the Experimental Aircraft Association Gathering of Eagles. It’s an organization and an event committed to aviation and encouraging youth involvement in flight.

Over the years Ford has raised more than $3 million (RM 12,856,500) for this annual event since 2008 by creating these customized one-of-a-kind vehicles. The automaker has also served as exclusive automotive sponsor of the 2017 AirVenture Oshkosh fly-in at Wittman Regional Airport in Oshkosh, Wisconsin.

This F-22 inspired F-150 Raptor was eventually picked up by Gary Ackerman of Gaudin Ford in Las Vegas, Nevada for a whopping $300,000 (RM 1,285,650). Ackerman serves as Honorary Commander/Ambassador for the United States Airforce’s F-22 Squadron at Nellis Airforce Base in Nevada. 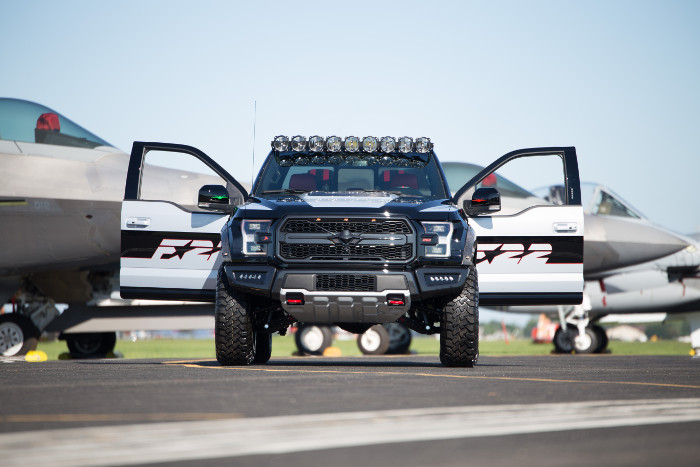 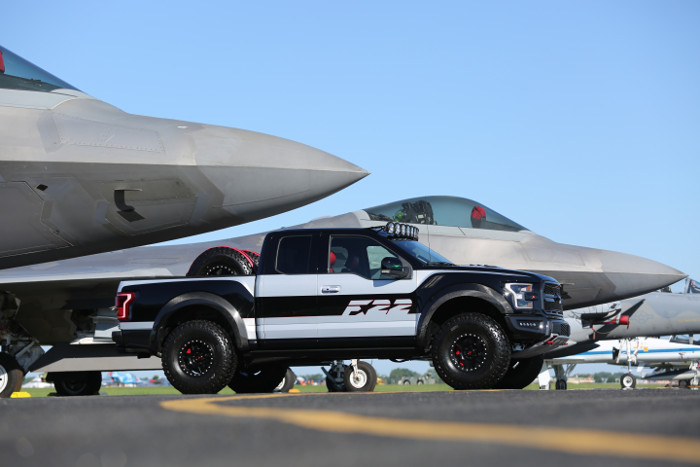 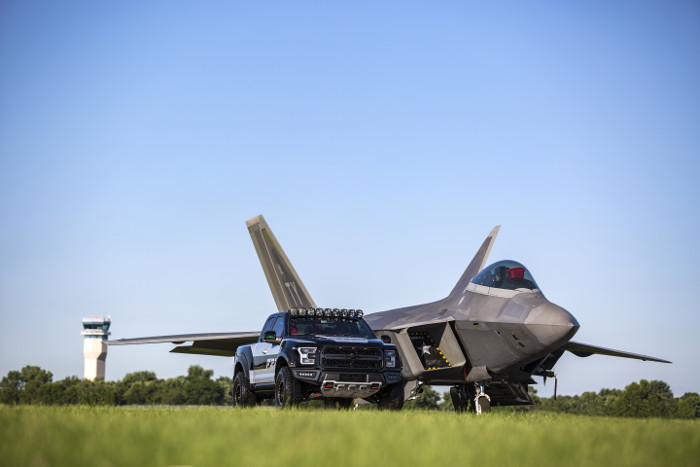 Ford design manager Melvin Betancourt and Ford Performance led the design and engineering work of the F-22 F-150 Raptor, said, “Our job – both in the air and on the ground – is to intimidate the competition.The money we raised will enable Young Eagles to reach for the skies as well.”

The modifications that were made are more than skin deep and Ford has released an extensive list of features that set this particular Raptor apart from its civilian counterpart. The vehicle has custom suspension, unique exterior trim pieces and off-roading equipment that help it tackle the worst of conditions.

The following is what the truck comes with:

The US Air Force’s F22 Raptor is a technological marvel for the 21st century. It is considered a stealth fighter that is able to evade enemy radar with relative ease. Unlike conventional fighter jets like the F-16 Fighting Falcon, its weapons are stored internally. Once the pilot has chosen the target and is ready to fire, only then do its pod bay doors open, exposing the precision weaponry.

This aircraft is one of the deadliest fighter jets in existence and as such, its no wonder that Ford chose it as the the design theme for its ever popular powerhouse, the F-150 Raptor.