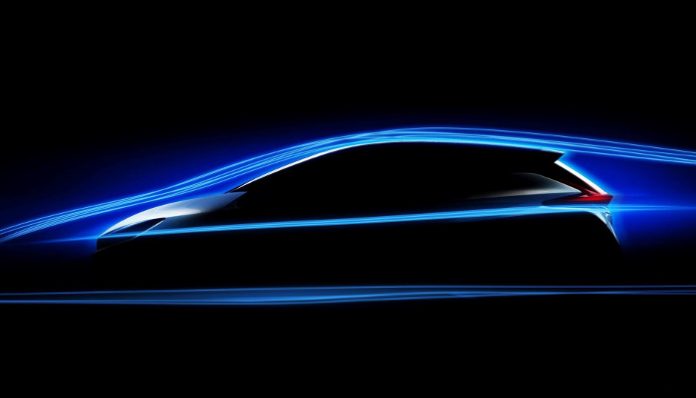 Nissan has announced that a new and more efficient version of the Leaf will be due for release sometime in the near future. Nothing is set in stone yet, and the only image that the automaker has made available is a detailed outline of the actual car.

According to the company, the new Leaf’s body will feature improved and more efficient aerodynamics. This will help it reduce drag when in motion and remain more stable at higher speeds. The car’s bodywork will also allow it to withstand strong crosswinds without being dragged off its path, which is a very dangerous situation to be in.

This new design is said to have been inspired by airplane wings and the physics behind their method of operation. Utilizing the lessons learnt from the aerospace industry, Nissan’s engineers were able to recreate the ideal shape for the new Leaf. It will have a symmetric air flow that will help it cut through the air for a more smoother and efficient journey.

Cleaner and more streamlined design characteristics are of great importance when it comes to electric cars. Due to the limited battery pack capacity and the time it takes to recharge one, every kilometer gained through better efficiency can be extremely beneficial to the car’s practicality.

This coupled with an improved electrified powertrain should provide the new Leaf with a respectable range on a single charge. The new car has a lot to live up to considering that the original one was the first electric car to be mass produced. And with companies like Tesla making ever efficient EVs, Nissan will definitely want the new Leaf to perform well.

We believe that this is an exciting time for electric cars as more and more mainstream automakers jump on the electrified bandwagon in a bid to outdo each other. and this will benefit us, the consumer, the most. Ever stiffer competition between manufacturers mean that EVs will get better and better with each passing year.