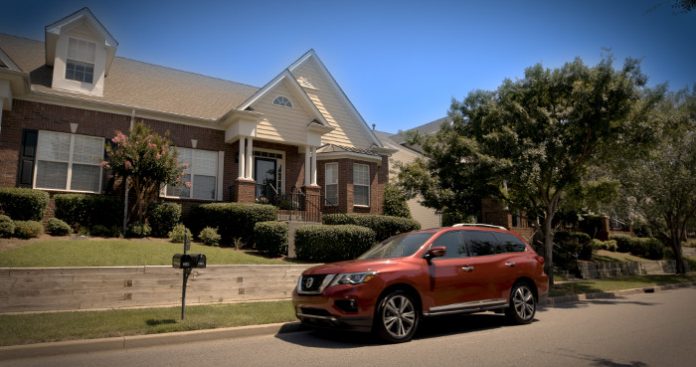 Has there ever been an instance when you absentmindedly left something, food or groceries, overnight in the back seat of your car? It’s an annoyingly common mistake that has has often times resulted in you dealing with a foul odor in your cabin for the next several days.

Well, Nissan USA might have a solution for you in the form of a backseat reminder. Called the Rear Door Alert or RDA, this system monitors the opening and closing of the rear doors as well as you the driver’s movement.

If it detects that the rear door has been opened prior to a journey, but the driver, who once reaches his/her destination, attempts to shut off the engine and walk away without opening one of the rear doors, the vehicle will promptly remind them with an alert.

The system will respond with a series of notifications, beginning with a reminder message on the instrument cluster, and if ignored, the vehicle will then respond by activating the horn at a lower intensity and at short intervals.

It will defer from patterns used to inform drivers of other vehicular functions, so as not to confuse the driver when responding to the alert message.

The automaker admits that there will be many different types of scenarios in which a driver might open the rear door to check for something, throw in a gym bag or just to make sure that the door is shut properly. 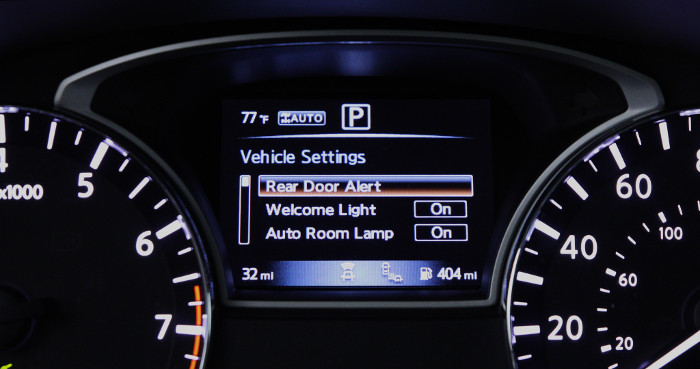 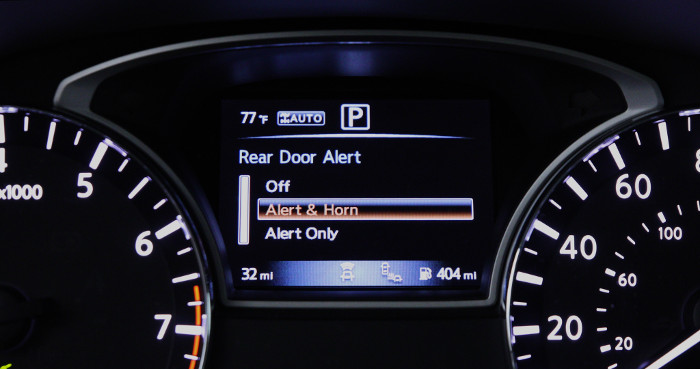 As such, this RDA system has been designed to be turned off temporarily or permanently through prompts in the cluster display. This will allow the owner more flexibility of adapting to the system without it becoming over bearing or a mild annoyance for those who have no use for it.

This duo decided that a safety net/third eye was needed especially for mothers who have a lot on their plates. It would help avoid silly, but costly mistakes for those who are preoccupied with other matters while exiting the vehicle.

Speaking of the feature, Foley said, We pushed each other along and knew we were on the right track one morning when Marlene discovered she had left a pan of lasagna in the back seat of her car one night after coming home after a long day at the office. The worst thing was the car smelled for days, but it made me ask myself, ‘what if that had been something else back there?”

According to the automaker, the first of its vehicles to receive the RDA system is the 2018 Pathfinder. it will also be made available on other upcoming models in Nissan’s product line in the near future.

Despite the rather basic and rudimentary nature of the method of operation, one can’t help but wonder why so many supposed family focused vehicles, lack this feature. It’s more of a necessity rather than an option, and we hope that it eventually becomes standard equipment on many mainstream models.