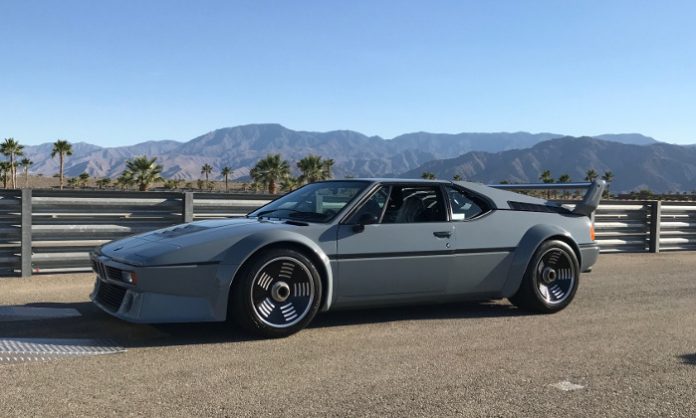 The Thermal Club has announced that it will display the only street-legal BMW M1 Procar in existence for viewing at the 26th Annual McCall’s Motorworks Revival. Taking the experience a step further, it is also offering a virtual reality track experience during the same period, giving visitors a glimpse into what the car’s like on the track.

In case you hadn’t heard, the Thermal Club is a premier private motorsports country club that offers exceptional driving experience programmes to its exclusive membership. It operates on a 344 acre facility in the California desert.

It’s home to luxurious villas, three different tracks, a club house, fuel station as well as a tuning shop for repair and maintenance. Basically, its a motorsports enthusiast’s dream getaway. and if you would like to know more, click on the following link: The Thermal Club

Guests of the Motorworks Revival event will get to experience an immersive 360-degree virtual reality ride-along offering a lap around two of the club’s Alan Wilson-designed tracks. Apart from that, they will also get a virtual tour of the race shop, driver lounge, clubhouse, restaurant and a track-side villa.

“We look forward to bringing a piece of racing history and a state-of-the-art virtual tour of our club to this exclusive event,” said The Thermal Club Founder Tim Rogers. “Enthusiasts from around the globe head to Monterey Car Week to celebrate automotive history and enjoy the incredible amenities around the Peninsula.”

BMW produced a total of 40 of these M1 Procars, which competed in a championship support series during the 1979 and 1980 Formula One seasons. The 1979 car that is on display was restored by Bruce Canepa, a renowned racing driver.