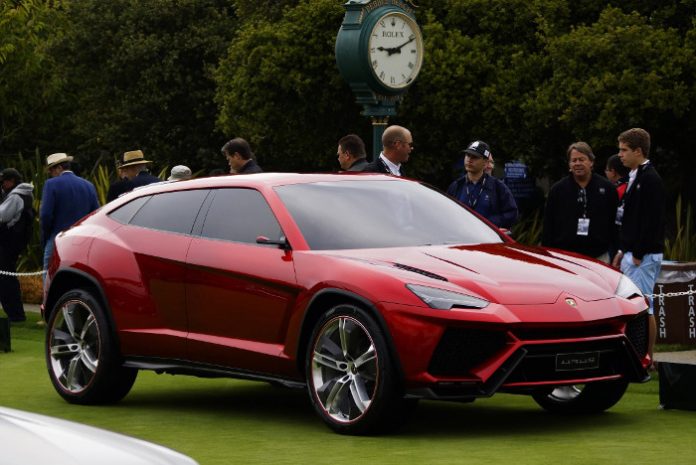 According to recent reports, Lamborghini is looking to ‘one up’ Ferrari at its own game by certain restructuring strategies. But out of the lot, we are most interested in the plans of launching its first ever SUV.

Based on an article published by automobilemag.com, there has been some talk of the production of the automaker’s upcoming hyper-SUV, the Urus, which is slated for launch next year. It is said to be based on the third generation Cayenne, and will sport a number of engine options including a 458bhp plug-in hybrid V6 and a 660bhp 4.0-litre V8.

That isn’t breaking news, but what is however, is the idea that Porsche instead of Lamborghini might be running the show. Audi, acquired Lamborghini in 1999 and the former, is owned by Volkswagen who also owns Porsche. (It’s complicated family tree)

Perhaps the powers that be, hope that with Porsche at the helm of the project, things would progress smoothly as opposed to having the Italian automaker calling the shots. Mind you, this isn’t the first time that the Germans have abruptly stepped in.

The Gallardo, Lamborghini’s most popular vehicle, and which has accounted for a significant portion of the brands sales growth over the yers, shared the same platform as the Audi R8. This had many purists up in arms because they feared that the move had diluted the appeal.

However, they were sadly mistaken and the Gallardo went on to sell like hot cakes in the 10 years that the model was kept in production. And this same strategy could work for the Urus as well.

As a side note, Lamborghini are also working on a Huracan that can do some mild adventure-like activities. Unlike the regular car, this one will have an increased ride height to allow for improved ground clearance. This Huracan will probably be fitted with bigger tyres as well as wider fenders to compensate for them.

Based on this, we can surmise that no automotive manufacture, regardless of heritage, can resist the allure of the SUV. It’s a product line that is in constant demand, especially when they are made by luxury brands.