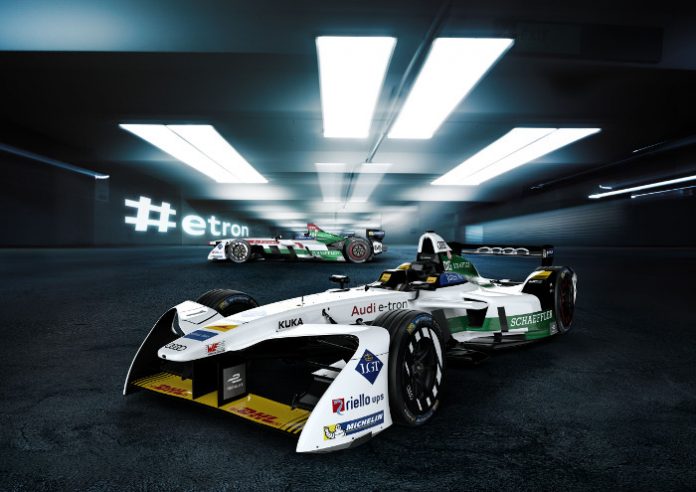 Audi will be fielding its first ever factory-backed Formula E racer this coming season. The car adorns a livery that has a white, metallic green and black paint scheme. Due to the restrictive nature of the sport, there’s very little that teams can do with regards to the design.

Teams and manufacturers are only allowed to develop the motor, transmission, parts of the suspension and their respective software. Audi claims its motor-generator unit, that is the heart of its e-tron FE04 racer, has been engineered to deliver greater efficiency. Transmitting power to the wheels is a high-efficiency transmission with only one gear that should lower power loses.

This year’s Formula E championship winner, Lucas di Grassi, will be piloting the new Audi e-tron FE04 and his teammate for the upcoming season will be a youngster named Daniel Abt. Lucas di Grassi will be driving the car with a number ‘1’ badge while his teammate gets ’66’ on his with additional red colored markings to enable spectators to differentiate between both cars.

“After nearly 40 years of being successfully active in Motorsport on the highest level, Audi now becomes the first German automobile manufacturer to compete in Formula E in order to test and advance the development of new technologies for production,” says Peter Mertens, Member of the Board of Management, Technical Development, AUDI AG. 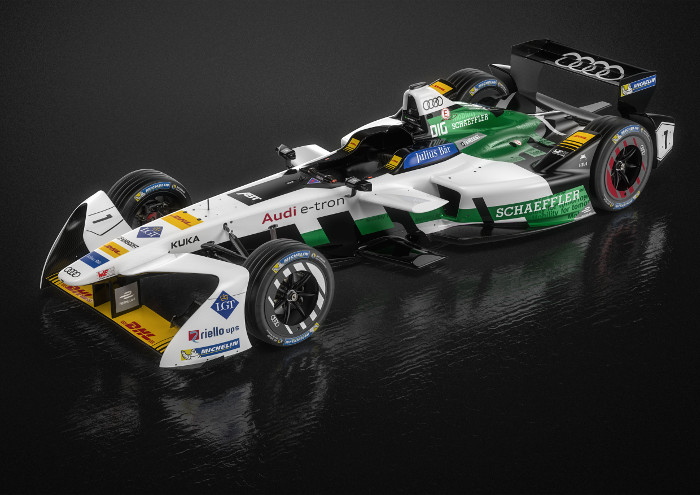 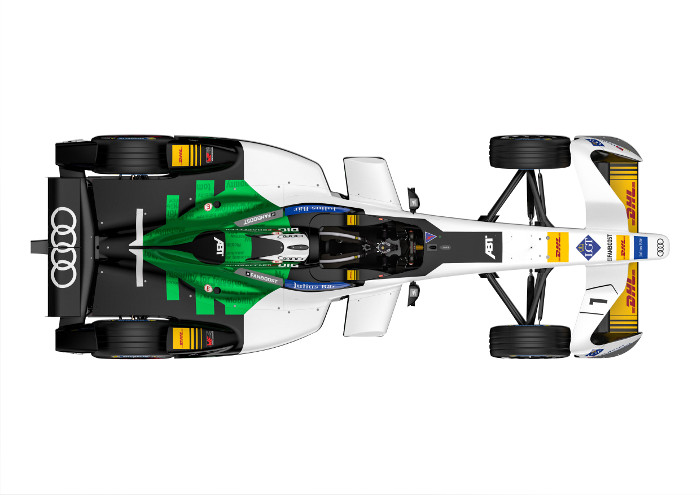 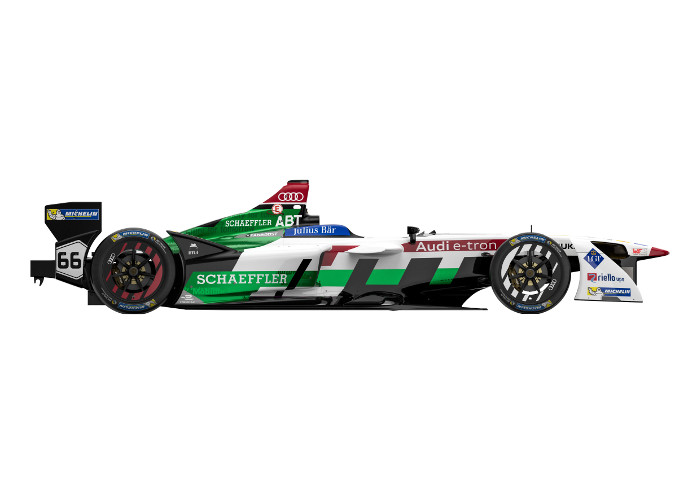 “Following quattro, TFSI, TDI, hybrid drive and many other innovations, our first single-seater race car is a portent of our product offensive in the field of electric mobility that we are ringing in with the Audi e-tron in 2018,” he later added.

Called Team Audi Sport ABT Schaeffle, the factory-backed Formula E team will be lead by team principle, Allan McNish. It’s a name that needs no introduction, McNish is veteran when it comes to Motorsports and was involved in number of racing disciplines that included Formula 1.

He has been an Audi factory driver for many years and is a celebrated three-time Le Mans winner. McNish, brings a significant amount of knowledge of racing to the team, which should give it a considerable advantage during the new season.

The Audi e-tron FE04 will make its racing debut at the Formula E season opener in Hong Kong on December 2, 2017. That said, Audi will be readying the car for test sessions within the coming days. First, the car’s abilities will be put on display by Daniel Abt during the E-Mobility Play Days at the Red Bull Ring in Austria.

Then, the team heads to Valencia, Spain, which is the official venue of the Formula E pre-season tests. Audi will be putting both cars and drivers through their paces as they gear up for the upcoming 2017/2018 Formula E season.