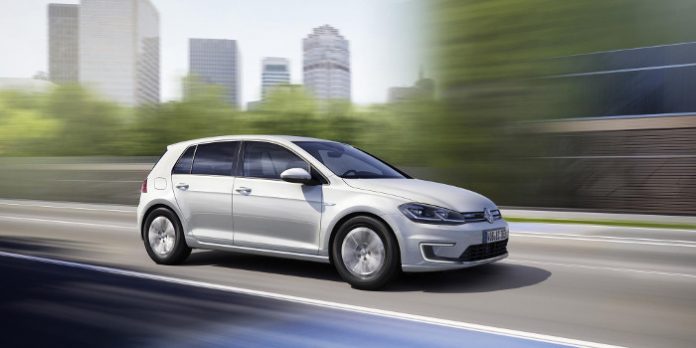 Electric cars have been around for quite awhile, its just that before Tesla burst unto the scene, such vehicles were seen as drab and unpractical alternatives to a hybrid. Though that may have been true before, automakers like Nissan and Volkswagen have been steadily improving their EV designs to allow for better usability.

The Volkswagen e-Golf is one such example and unlike the Tesla Model 3, it does very little to convince you that it is in fact a purely electric vehicle. Instead, lest for a few trim pieces, it vastly resembles the regular petrol or diesel powered Mk7 Golf.

VW introduced the e-Golf to the world in 2013 but only put it into production a year later. It featured an unimpressive range of between 130km to 140km on a single charge, though the actual figure varies depending on traffic conditions.

Now however, the German automaker has released the 2017 version of the car, which is based on the facelifted Golf Mk7 platform and features the same bells and whistles that made the Golf the desired choice of family hatchbacks. 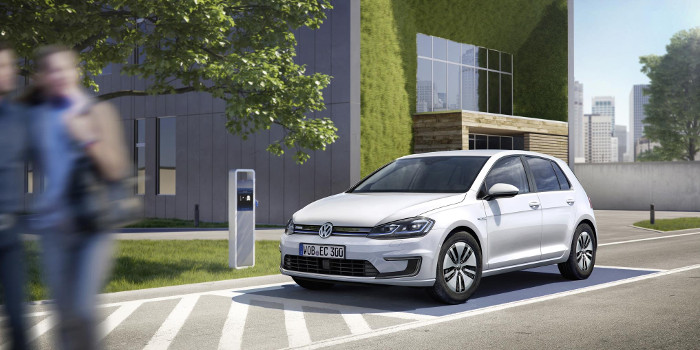 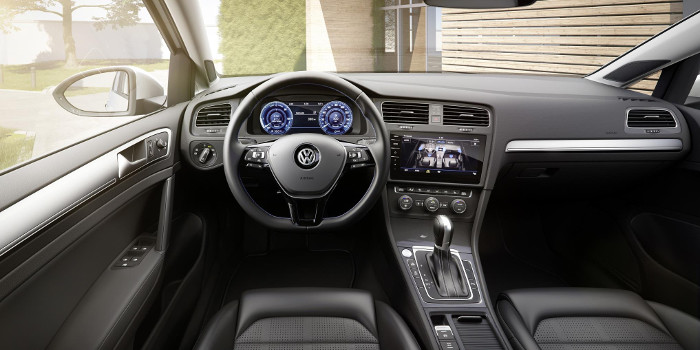 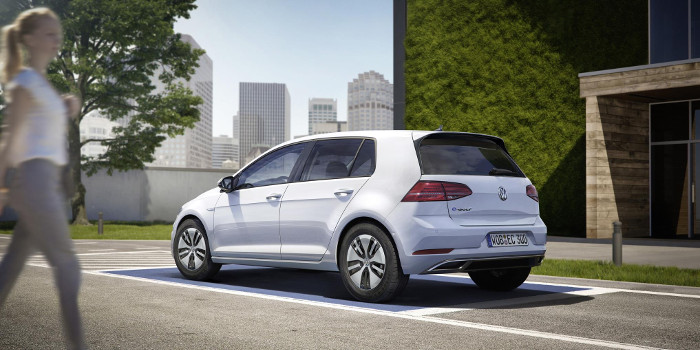 Unlike other electric vehicles, the e-Golf doesn’t fool you into thinking that it’s anything other than ordinary. At a single glance, one might mistake it for a regular petrol powered Golf that is available for purchase at any VW authorized dealership.

And that is its main selling point, the car is meant to win over the hearts and minds of the fervent followers of the fossil fuel movement. The people who unequivocally believe that personal mobility should involve using fuel that goes ‘bang!’in the engine.

The uncanny similarities between the regular petrol or diesel Golf to the e-Golf, will take the edge of that ‘scary new’ experience that some might feel when faced with an EV. Inside, the switchgear, dashboard and arrangement of its instruments are fairly similar too, which many have become accustomed to seeing in a regular VW.

Though many will see this as a lazy attempt by Volkswagen to enter the foray against Tesla’s dominance in the EV market, from a consumer’s perspective, its pure genius as described by former Fifth Gear co-host Johnny Smith in a video below.

Check out the amazing video that was published by Youtube Channel, Fully Charged where its presenter, Johnny Smith explains the car’s specifications and quirks that make it the practical electric car for the masses. Take the time to look through the channels’s plethora of videos on electric vehicles and renewable energy in general to learn more about this this.