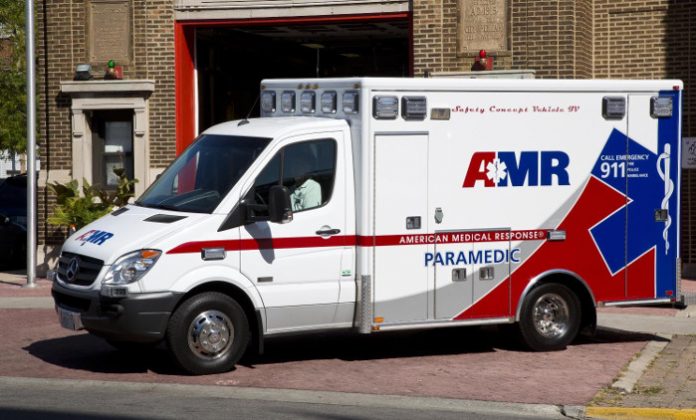 The USA is home to Hollywood, muscle cars and of course the world’s most entertaining police chases. And this time, its no different, as reported by The Drive, Macomb County Sheriff’s department was tasked with chasing down an ambulance that was stolen by a 21-year-old male from a nearby hospital.

A video was uploaded to Macomb County Sheriff’s Facebook page explaining the incident. On 7/10/17, its officers responded to reports that an ambulance had been stolen from a local hospital. Apparently Paramedics and presumably the ambulance driver left the vehicle unattended to drop of a patient at the hospital.

A 21-year-old man, who at the time wasn’t a patient at the hospital, upon exiting the premises sighted the parked ambulance, and decided to drive off with it. Macomb County Sheriff’s deputies responding to the call gave chase, which lead to the apprehension of one of the most erratic erratic getaway drivers in the world.

On 10/7/17, our office responded to an ambulance that was just stolen from a local hospital. MedStar workers had entered the hospital to drop off a patient, leaving the ambulance parked just outside. A 21 year old white male out of Macomb Township, who was not a patient, exited the hospital and drove away int the ambulance. A brief chase ensued through the city of Mt. Clemens where the ambulance was stopped and the male driver taken into custody by Macomb County Sheriff's deputies. The Clinton Township Police Department assisted in apprehending this suspect who was uninjured and lodged at the Macomb County Jail. This morning, the driver was charged with one felony count of Unlawful Driving away of an Automobile and given an interim bond of $75,000. He is set to be arraigned on 10/10/17 in the 41-B District Court of Clinton Township.

Though the chase was devoid of the high speed action, the erratic driving behaviour of the 21-year-old was still considered dangerous. And had there been a higher volume of traffic at the time, things would have probably ended a lot worse.

Fortunately, police officers managed to apprehend the suspect after he attempted to drive over a banked pavement in an attempt to avoid being boxed in between a civilian vehicle and a police cruiser.

The driver has been charged with one felony count of Unlawful Driving away of an Autombile and given an interim bond of $75,000 (RM315,450). This is proof that crime doesn’t pay, and thankfully, no one was hurt during this horrific chase.