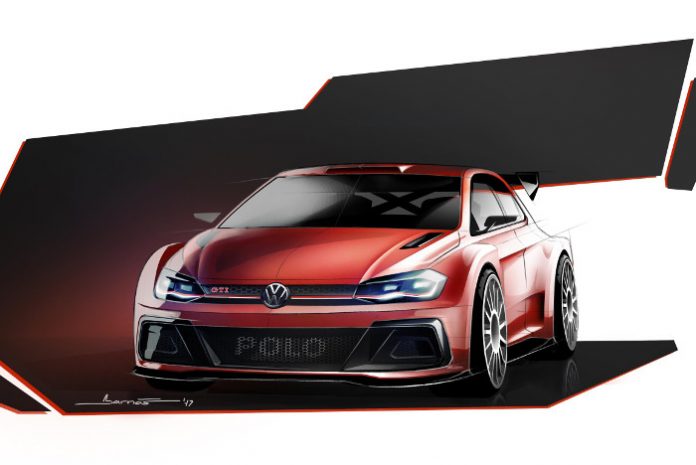 Volkswagen has introduced its newest entrant for the world of competitive rallying called the Polo R5 GTI. Based on the sixth generation road car of its namesake, the Polo R5 GTI will be made available as a complete rally version for professional teams and aspiring drivers to enable them to compete in championships across the globe.

“With the Polo GTI R5 we are hoping to transfer our expertise from four WRC titles to customer racing successfully, and offer a first-class racing machine for countless rally championships from national series to the WRC,” said Volkswagen Motorsport Director Sven Smeets.

“Before the first race outing next year, we will subject the Polo GTI R5 to rigorous testing to make sure it is prepared for the extremely varied track conditions around the world,” he later added.

VW has released a simplified sketch of the car, which isn’t much to go on, but does provide us with a glimpse of what the car might look like. That said, it should resemble the standard Polo with the exception of aerodynamic and safety upgrades as per performance requirements.

Development of the car started earlier this year under the stewardship of Volkswagen Motorsport Technical Director, François-Xavier “FX” Demaison. He was also running the shop when the record winning Polo R WRC rally car was developed and built. As such, Demaison knows a thing or two about creating winning platforms.

Like the road going version, the Polo GTI R5 features a four cylinder turbo engine, which in this case has been tuned to develop 270bhp. It is mated to a 5-speed sequential racing transmission that sends power to all four corners via the AWD system. The car has also been fitted with a comprehensive safety package which is a requirement to compete in the R5 category.

This R5 category was created to give privateers, teams and importers the opportunity to contest national, regional and international championships with cost-effective, powerful rally cars. It allows for a more level playing field and one that isn’t reserved for only factory-backed teams.