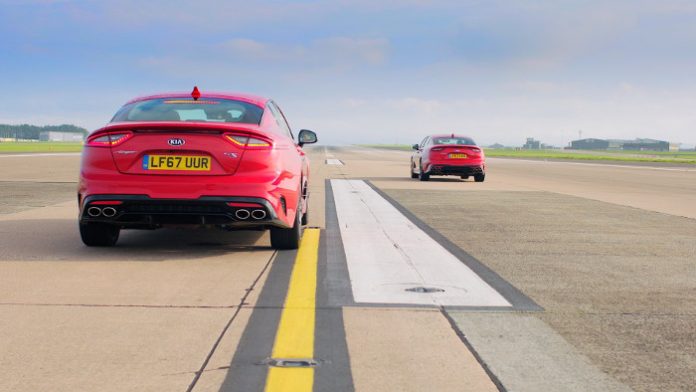 Kia UK has picked a peculiar way of launching its new grand tourer, the Stinger GT. Instead of throwing a big welcome party during the launch ceremony, The Koran automaker chose to welcome the car by letting three of them loose on an airstrip.

All three vehicles were driven by professional drivers in a staggered ‘half duck V’ pattern on Newquay airport’s runway, which was formerly a military airstrip. The point of this stunt, was to demonstrate the car’s power and capability of achieving speeds over 241km/h1.7. Kia filmed the feat to prove the Stinger GT’s prowess.

Starting at the east end of Newquay airport’s 2.7km runway, all three vehicles were pushed to their limits to reach the intended speed before running out of tarmac. Getting a vehicle of this size from 241km/h to 0 as quickly as possible requires serious stopping power. Here, Stinger’s 350mm ventilated Brembo discs brakes, didn’t disappoint. 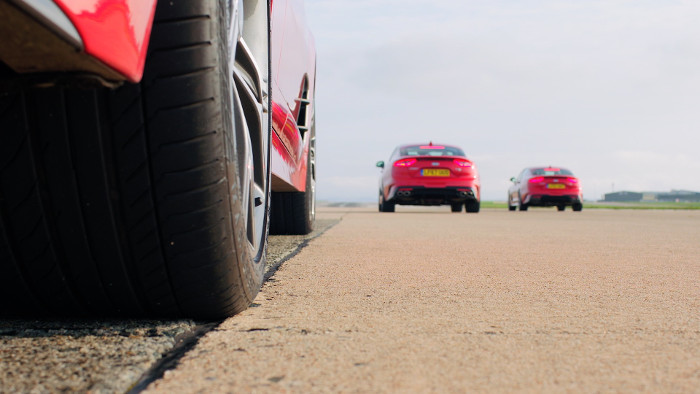 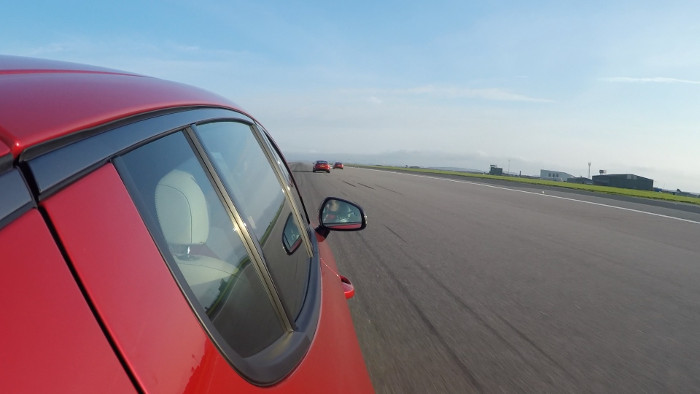 This partiuclar site was the same location where the recent land speed record practice runs were conducted. Quite fittingly, once full approval of Newquay airport management and coordination with air traffic control, Kia set out to make its history here as well.

All three cars here were of the GT S variant, which come with a twin-turbo 365bhp 3.3-litre V6 engine. This, allows the Stinger to accelerate from a standstill to 100km/h in just 4.7 seconds and reach a top speed of 271km/h. 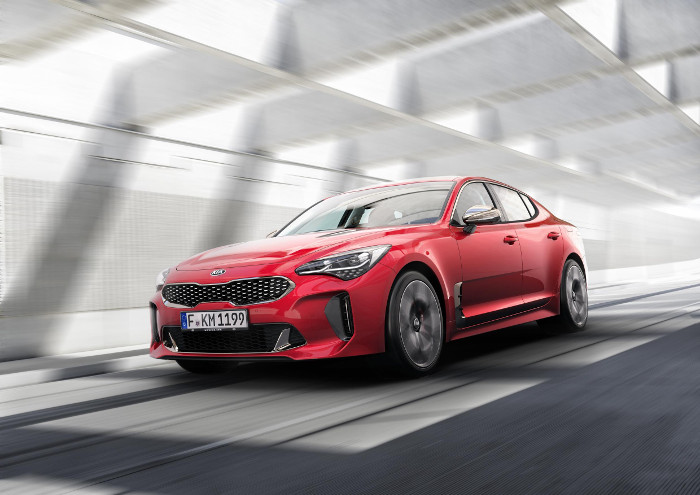 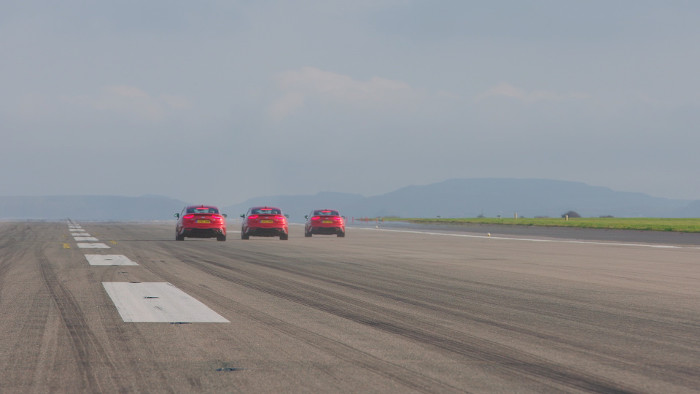 If there was any doubt that Kia has produced a real rival to Mercedes-Benz and BMW vehicles, its performance at Newquay airport, has proven otherwise. And based on what we know so far, we can expect more of such cars from Kia in the not so distant future.