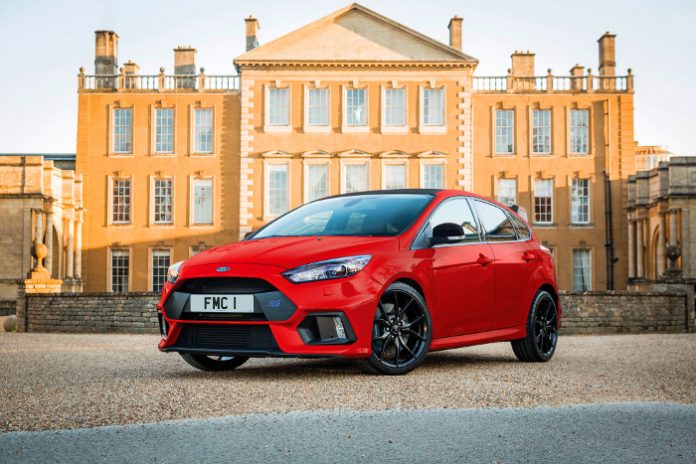 Like the special edition RS, this one also gets a front mechanical Quaife limited-slip differential (LSD). This clever tech provides the car with better traction to the wheel that needs it most. As such, during hard cornering, the Focus RS will be able to deliver impressive levels of grip and stability. 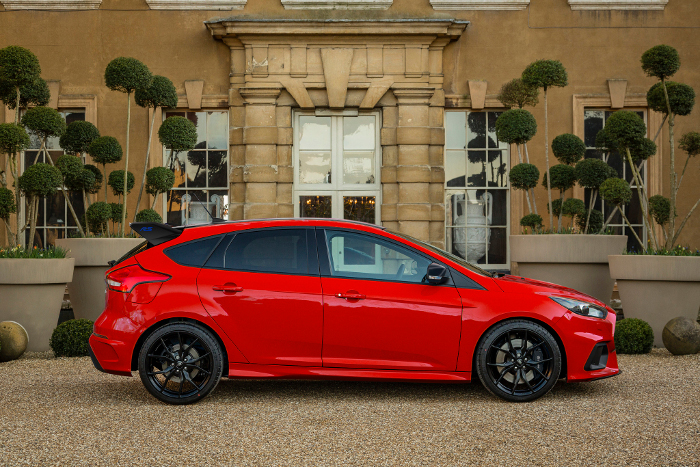 “The Focus RS Edition represents accessible performance at its finest”, said Andy Barratt, chairman and managing director, Ford of Britain. “As RS production nears its end, we wanted to celebrate with a limited run of cars for those who want to stand out as an RS fan.”

The car is available to order now at Ford dealerships but its production will only begin in February of 2018. As such, this jolly red Focus RS won’t be rolling out in time for this Christmas but we are sure many enthusiasts wouldn’t mind the wait.

In general, the latest Focus RS is a technological masterpiece, it crams sports car-like performance into a compact package. Powered by a 2.3-litre EcoBoost engine, all-wheel-drive and a Limited Slip Differential, it’s a hot hatch that can give certain supercars a run for their money.