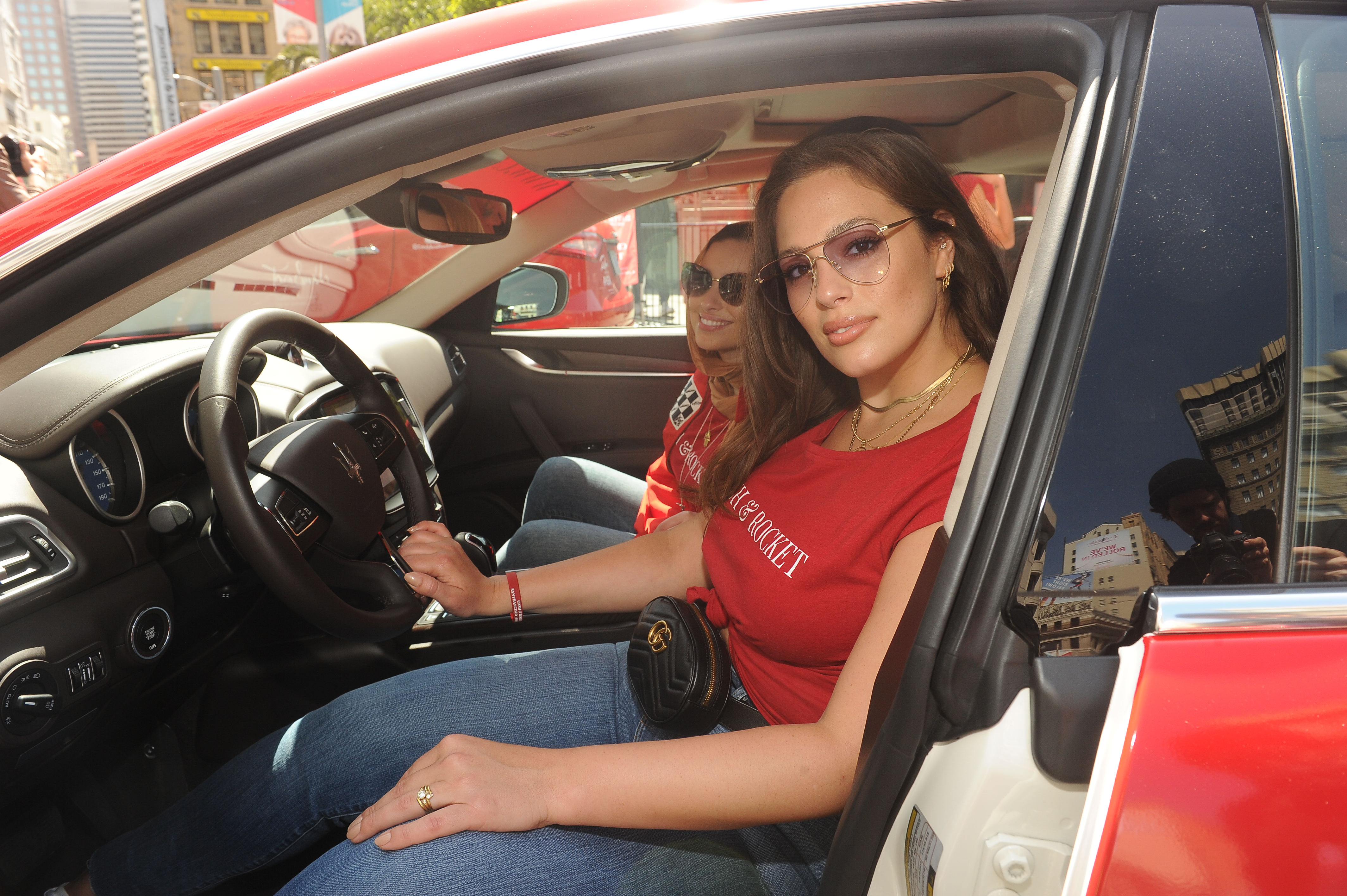 The Cash & Rocket Tour 2018 started earlier this month in San Francisco and Maserati is a proud official partner of this charity road trip along with other luxury brands. Five Levante SUVs in GranLusso and GranSport trims, all in red – the official colours of this unique event – were enlisted in the glamorous convoy of 40 cars. The four-day adventure unites the efforts of eighty influential women from all over the world for a single cause: raising funds and global awareness for three charitable projects in Africa.

“We welcome prominent figures from the worlds of fashion, cinema, music, art and business to this stunning event. Through female solidarity, our aim is to raise money for charities around the world, which will make a huge difference to the lives of many”, says Julie Brangstrup, Founder and CEO of Cash & Rocket Tour and proud mother of seven.

Now in its fifth edition, Cash & Rocket Tour makes its debut in the United States aiming to break the record of 1.4 million euros fund-raised in the previous event that was organised in 2015. Since the inaugural tour in 2012, Cash & Rocket raised over four million dollars with every single cent donated going directly to the chosen charities (below).

This year, the C&R Tour raised funds for three charity projects that support the welfare of women and children in the African continent: The Art of Elysium, Shine on Sierra Leone and Sumbandila.

Following the ”Gold and Glamorous” cocktail party on the night before the drive at San Francisco’s famed Fairmont Hotel, the convoy of red cars hit the road heading to Monterrey. After a lunch break, the next stop was Santa Barbara, where the ladies enjoyed a yoga beach evening and a dinner party, all dressed in white. 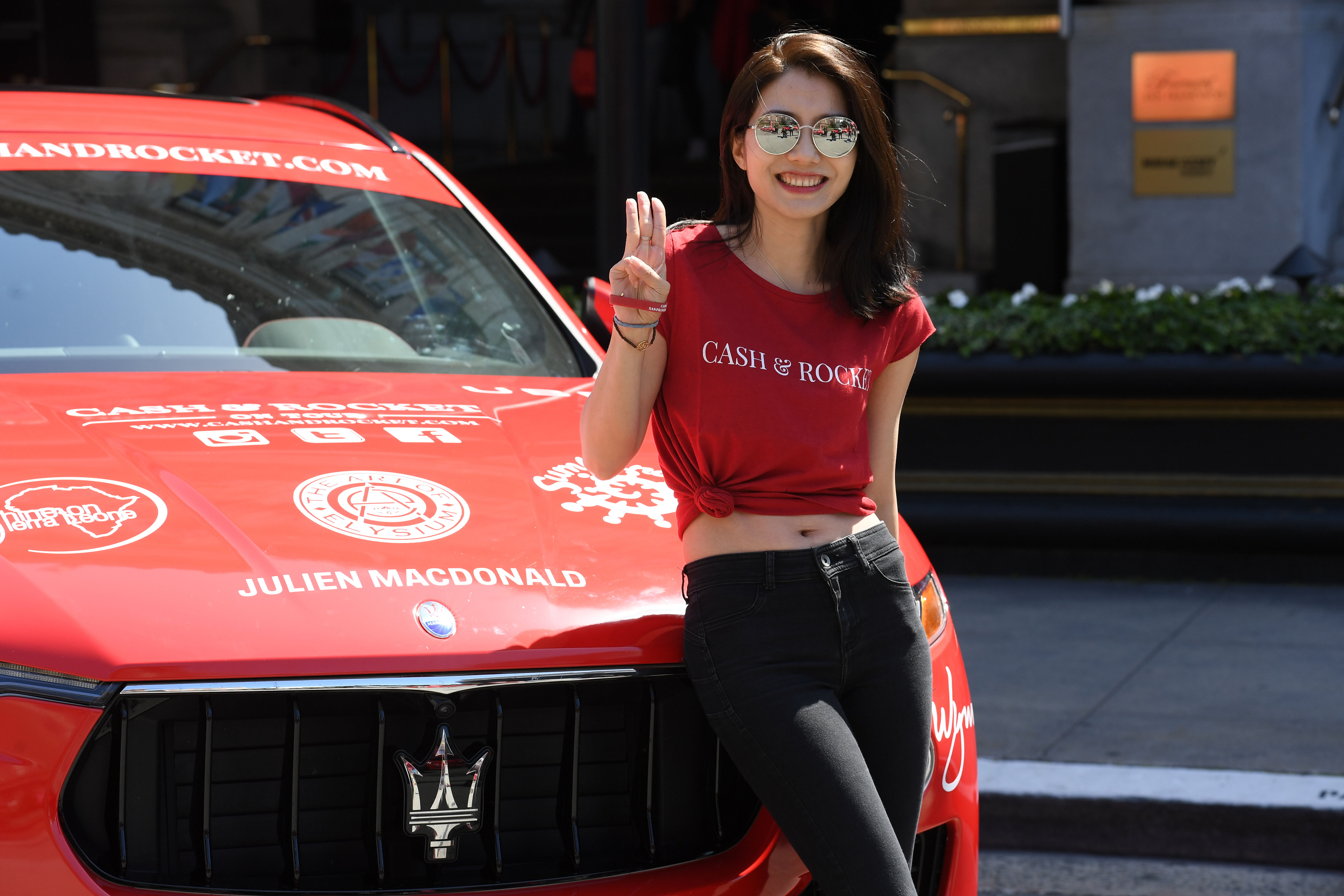 Saturday, June 9th, all cars were on display at the iconic Malibu pier. A Press Call will followed in the afternoon at Rodeo Drive in Beverly Hills, and the day’s activities concluded with an Auction Gala Dinner at the Peterson Museum of Los Angeles. 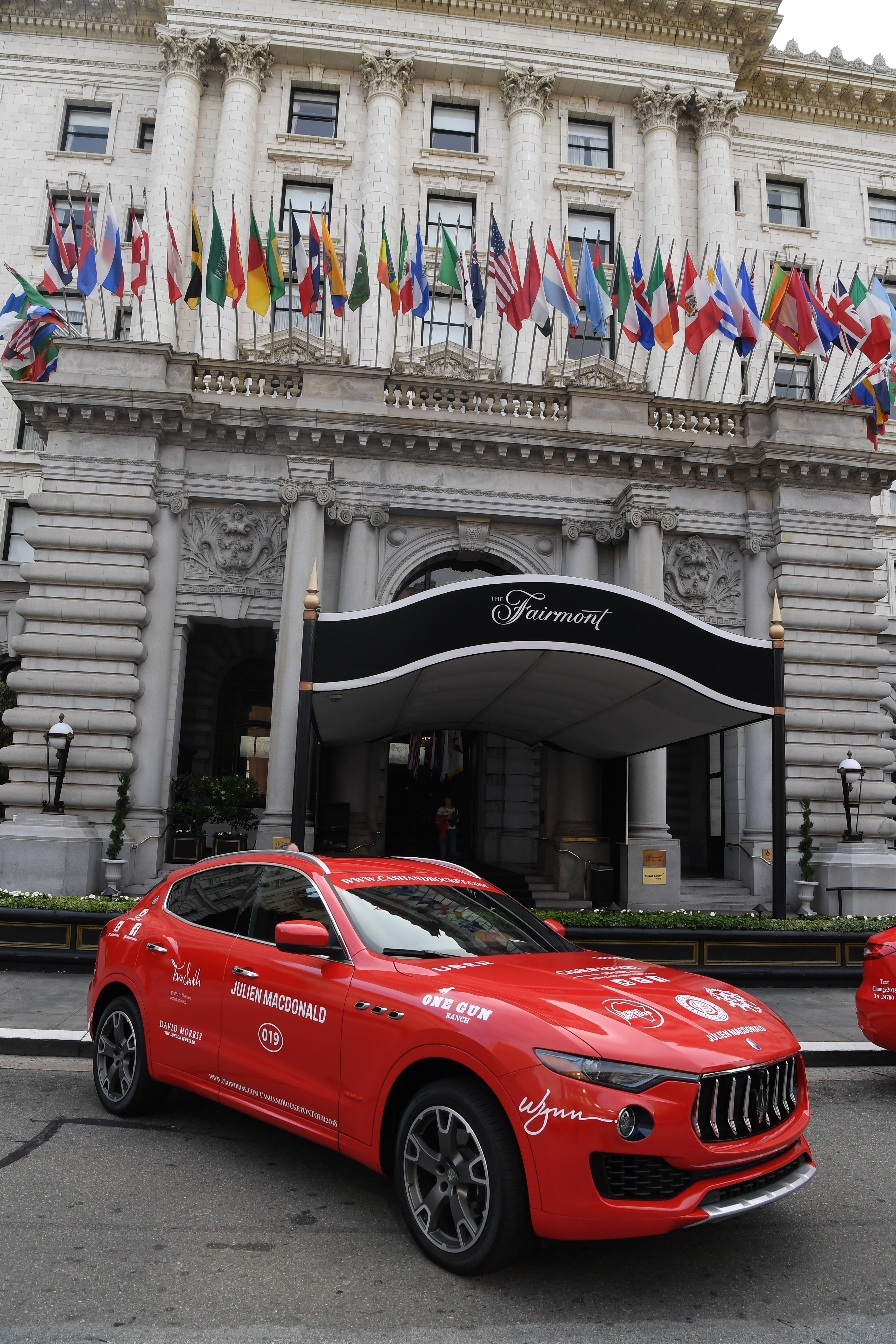 June 10th, the Cash & Rocket Tour 2018 arrived in its final destination, Las Vegas. The five Maserati Levante SUVs and all the other wrapped in red cars were on display at the Encore Beach Club in the afternoon. The culminating event was the closing party of Cash & Rocket Tour 2018 in the Encore Wynn Hotel, which featured famous DJ Kygo, with all ladies in red outfits.

The Art of Elysium is using art as a catalyst for social change. Emerging artists in the fields of fine arts, fashion design, music, theatre and more, are engaged in its programs and share their creativity with distressed people, in special needs education centres, homeless shelters, elder care homes and hospice care facilities.

Shine on Sierra Leone currently supports nearly 500 students in Sierra Leone through programmes that integrate sustainable healthcare, education, microfinance and development to ultimately create the future of an inner-dependent country.

Sumbandila is currently focused on Limpopo, the poorest province in South Africa, aiming to transform the lives of exceptional children from backgrounds of extreme poverty and help them become leaders who will one day make significant contributions to their own communities and to Africa in general. 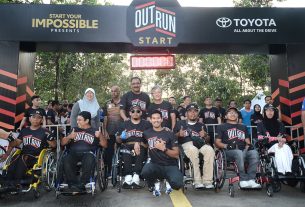 Toyota Outrun raises RM151,100 for the Paralympic Council of Malaysia