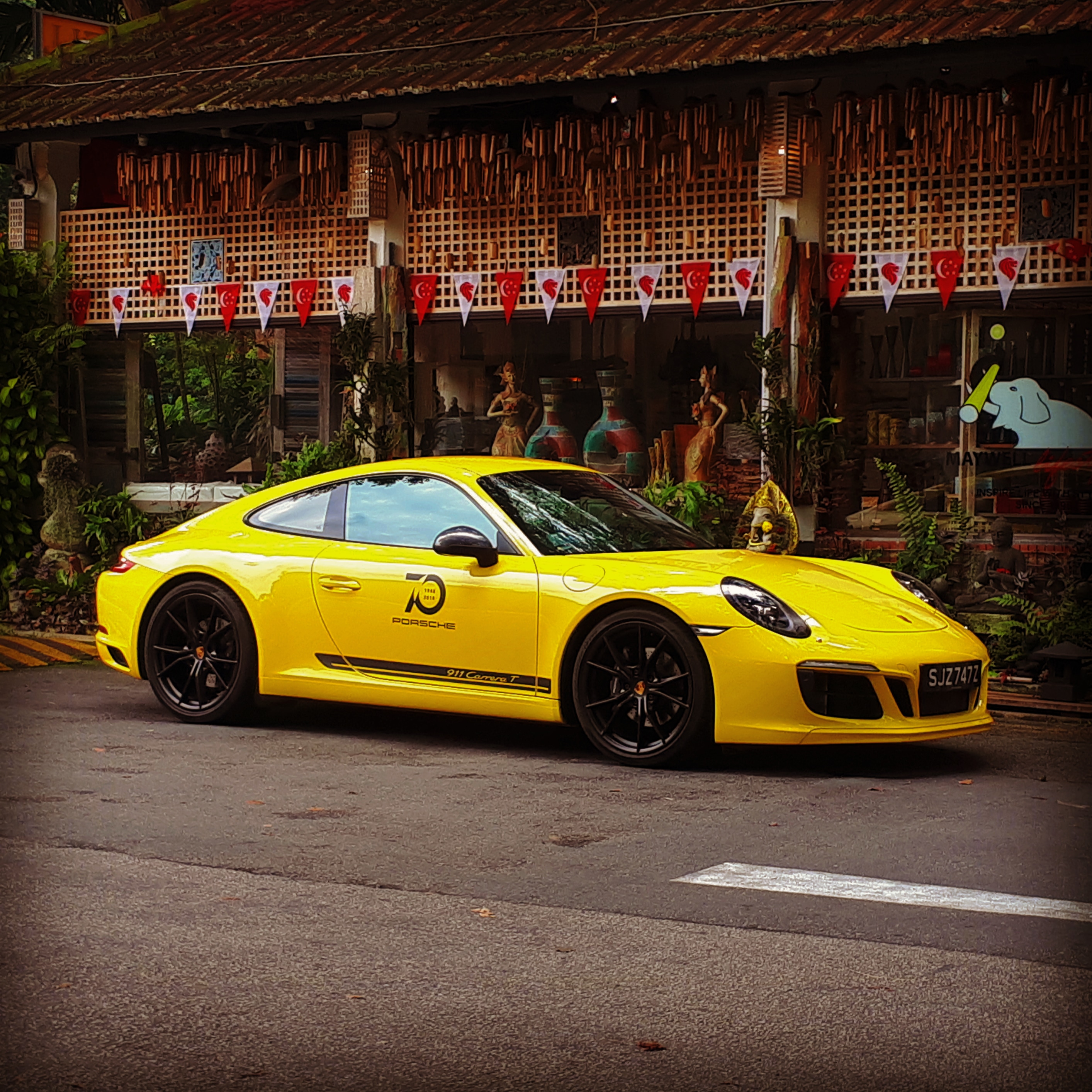 It’s been around looking largely the same for 50 years. Yes, fifty! Five zero. I guess when something is made right the first time out, there’s little need to improve on perfection is there? Even changing the shape of the headlights for the 996 line brought on the wrath of Porsche purists everywhere, some of whom were prepared to go to war with Porsche AG I’m sure. Ask anyone what’s the epitome of a true driver’s car and 9 times out of 10, the ‘nine eleven’ would be the answer. 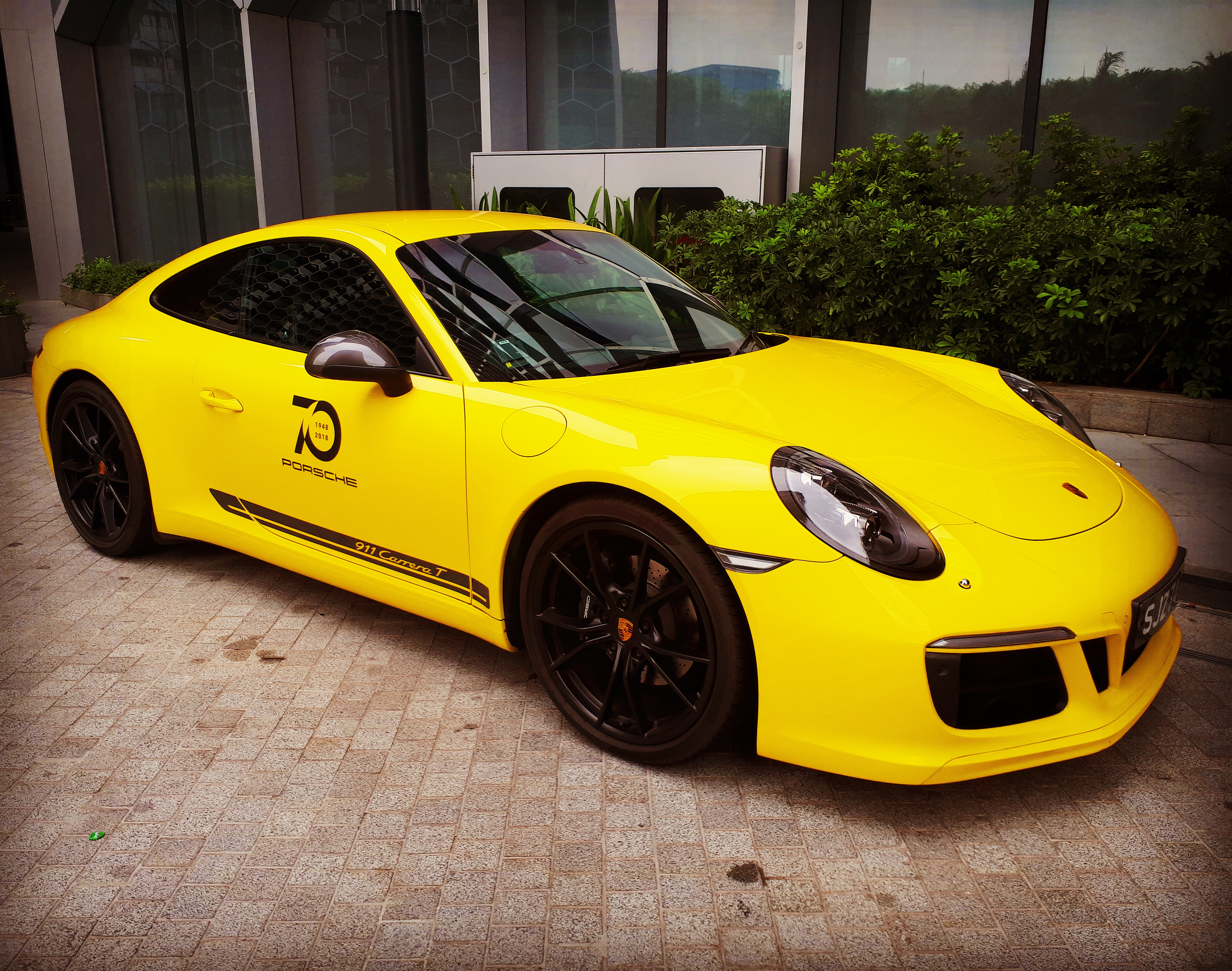 It’s every boy-racers dream, it’s been hanging on bedroom walls in poster form for as long as bedroom walls have been around, and it’s likely to be the stuff of dreams to many, for many, many more years to come… and before we get into the nitty-gritty, have a look at our first video introduction to the Porsche 911 Carrera T. Exiting the lobby of the Andaz Hotel in Singapore recently, there she was…

Lovely isn’t it? Thus the saddest five words I’ve heard recently after having sampled the delectable new Porsche 911 Carrera T in Singapore were “it’s not coming to Malaysia”… Yes folks, what you see here will likely only remain here in the digital world for the immediate future because Sime Darby Auto Performance, the official importers of this iconic brand in Malaysia, has no plans to bring the 911 Carrera T into the country. However, if for some reason you feel the desperate need to have one (who wouldn’t) you could head over to the Porsche Centres in Glenmarie, Sg.Besi and Penang to inquire; something tells me they could bring one in for you. 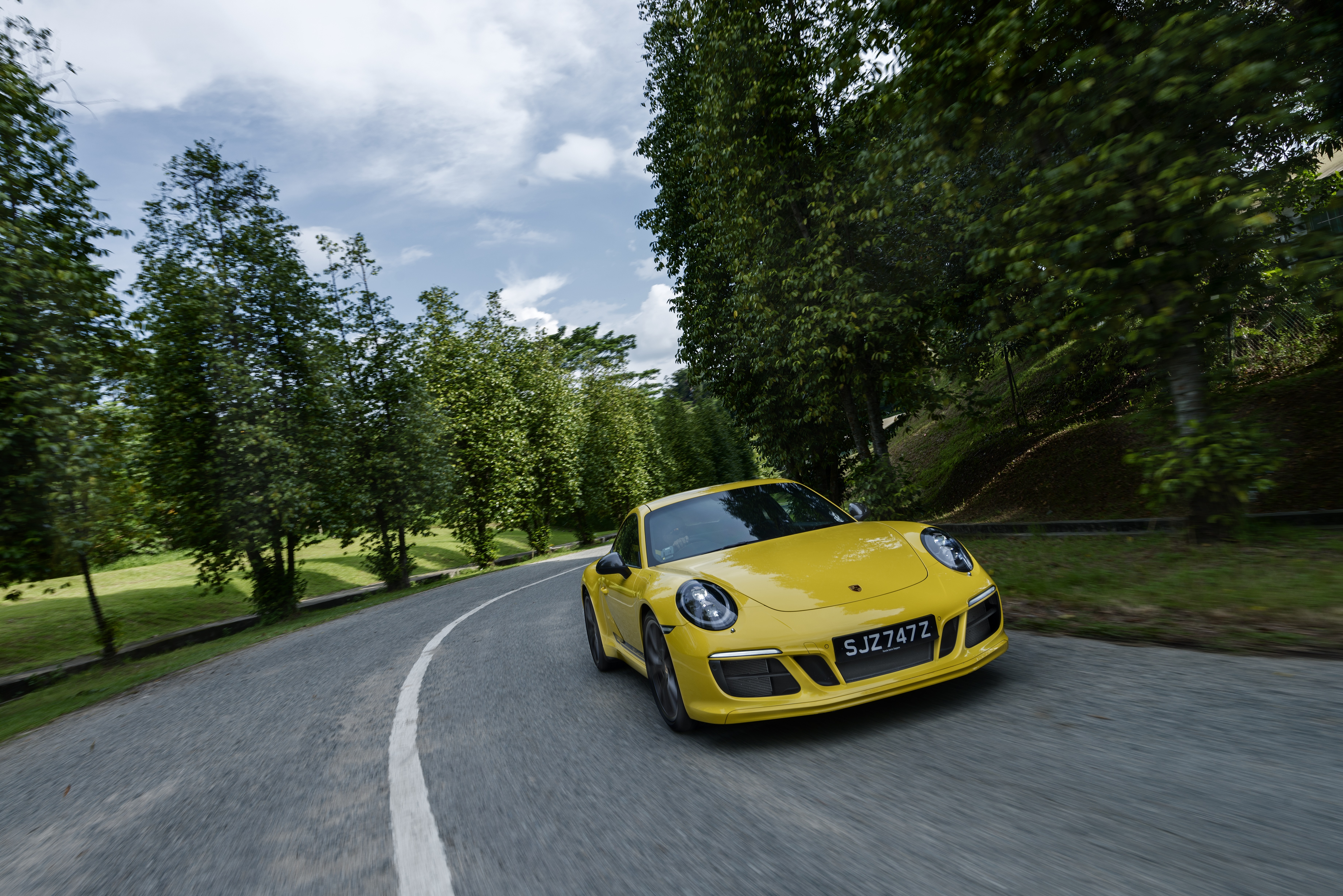 Built to celebrate 70 Years of the Porsche brand and 50 years of the iconic 911 itself, the Carrera T – the ‘T’ stands for Touring – is holding steadfast to the ‘Race on Sunday, drive to work on Monday’ credo that’s been the hallmark of the 911 lineage for as long as I can remember. Indeed while its performance figures of 370bhp and 450Nm are not to be trifled with, it’s the way in which the twin-turbocharged ‘flat-six’ engine puts the power down on asphalt through the rear wheels via its 7-speed PDK gearbox, that will bring a grin so wide to anyone who drives this car; a grin so massive that only plastic surgery will be able to remove it. Wanna grin even wider? Get the 7-speed MANUAL transmission Carrera T. Yes, there is one… three pedals yo. 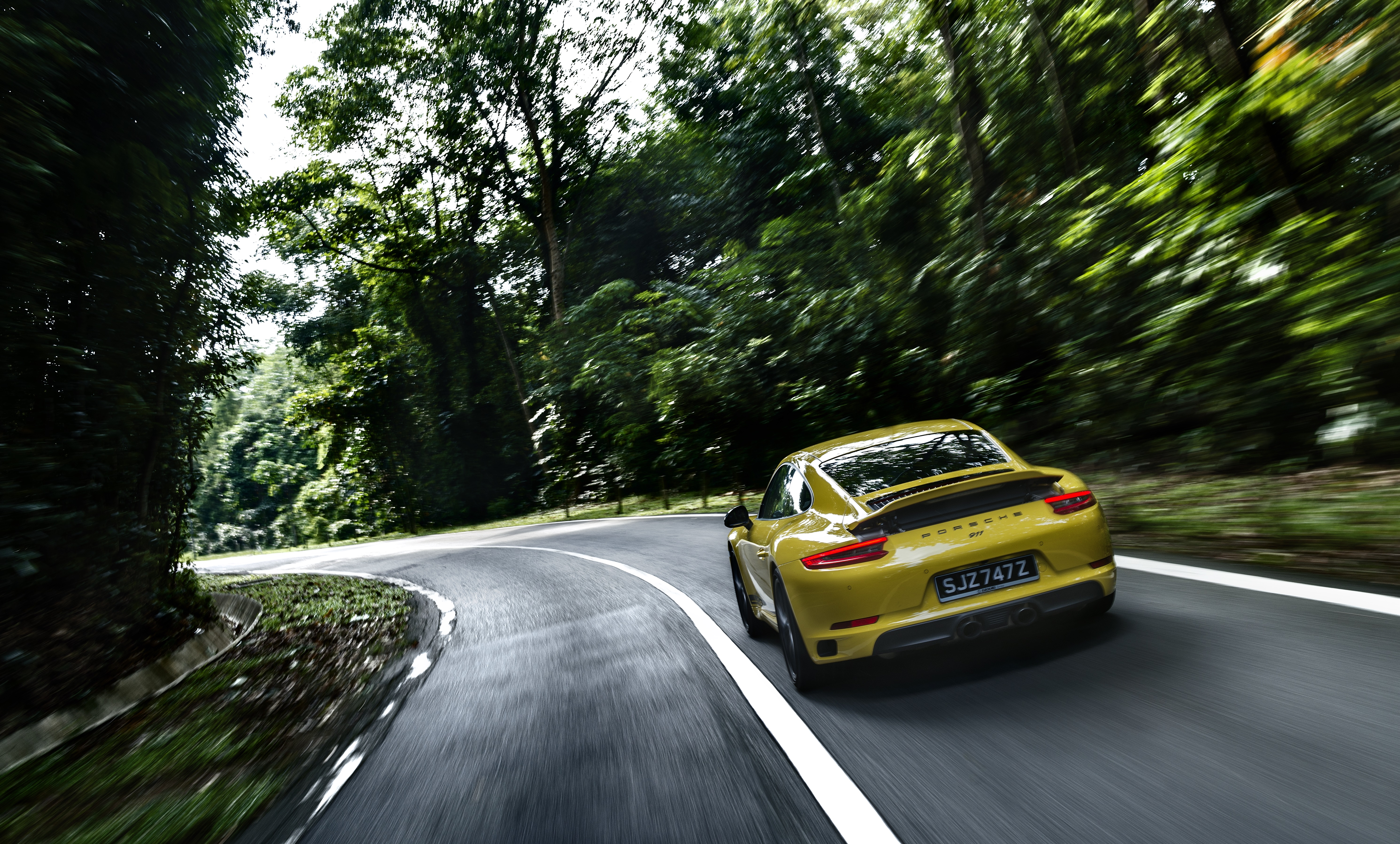 Boasting a top-speed of 291km/h and a century sprint time of 4.2 sec, the Carrera T may be a heritage model, but it is by no means a slouch, and as with every 911, there’s no shortage of active safety systems to keep you on the intended path, despite whatever nefarious intentions you may have. A host of passive safety systems are also at hand to prevent you from becoming a crimson stain on the road. For the full specifications list, click to download this: Porsche 911 Carrera T Specs & Features 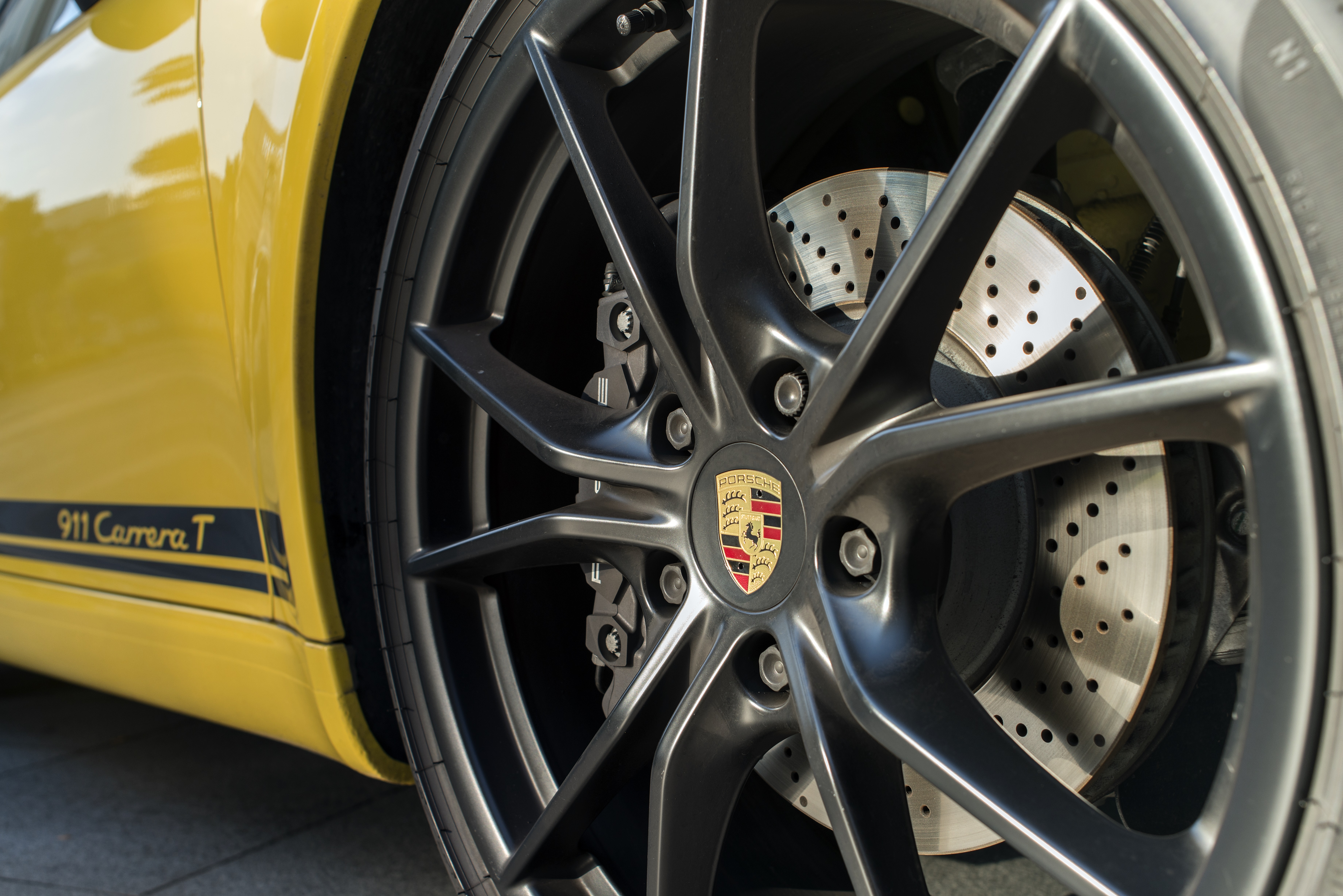 Singapore is a curious choice for any carmaker to have a test drive in, what more a Porsche 911. I’ll be honest, my first reaction upon getting this invite and finding out it was taking place in S’pore was somewhere along the lines of “Seriously??” It’s a known fact that supercar owners in Singapore – and there are many of them – often jump the border over to Malaysia if they want to stretch their cars’ legs a bit, the Sepang Circuit being a fave haunt of theirs, but here we were, doing the exact opposite. Let’s put it this way, from a standstill, the 911 Carrera T will get you a speeding ticket in 4 seconds…. 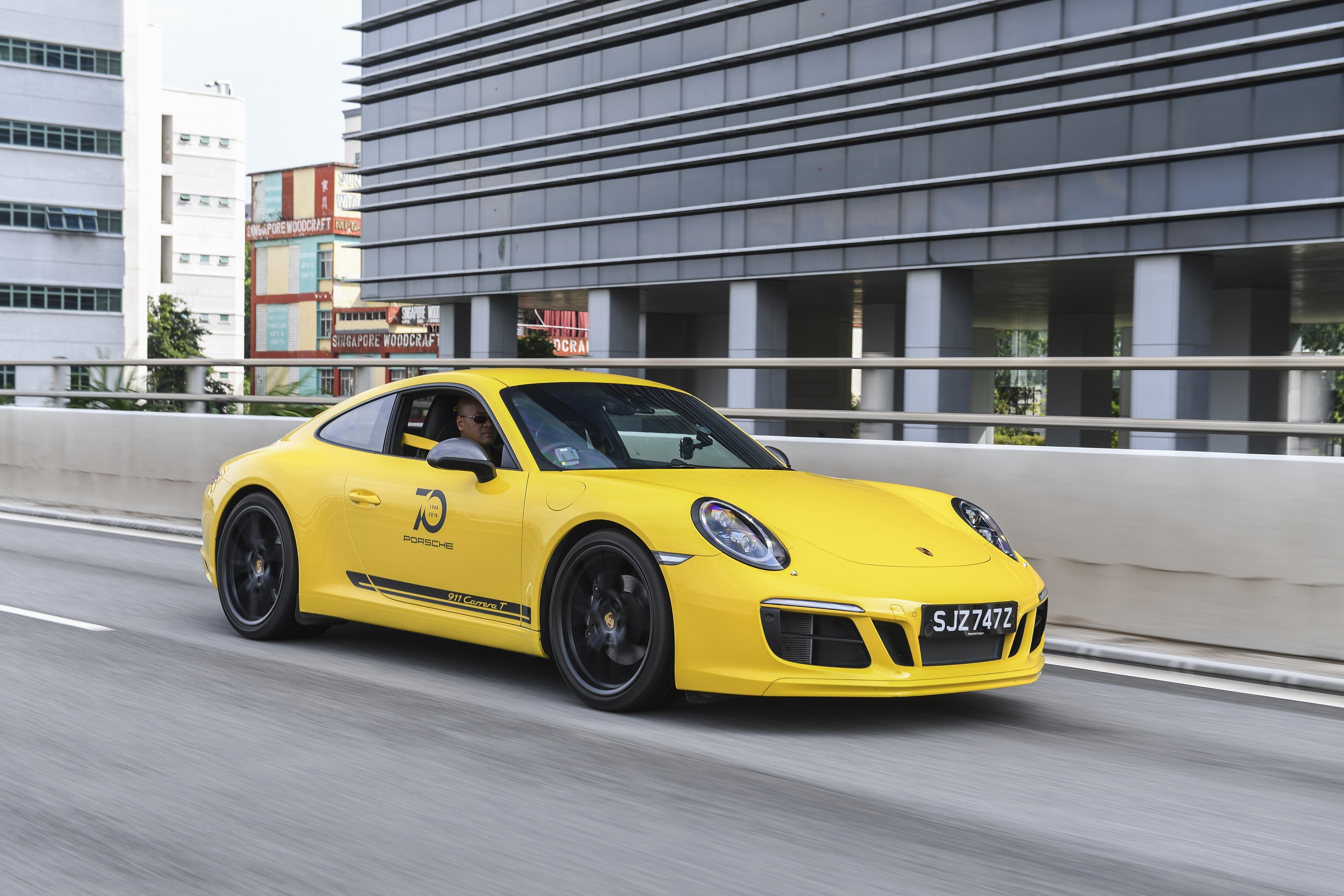 Well, thankfully the organisers must have also realised this, because they managed to find a few deserted places (I saw lots of shipping containers go by in a kaleidoscope-ish blur) on which we were able to ‘let loose’ a few of those 370 horses and 450Nm’s of torques, which by the way is available from as low as 1,700rpm. As I mentioned earlier, the Carrera T is quite possibly the most ‘liveable’ 911 to come along in a while. I reckon of all the 911 models available, insofar as a 911 being used as a daily-runner is concerned, the Carrera T is definitely it.

In normal driving conditions like in the video above, it will even return a respectable combined fuel-consumption of 8.5L per 100km, as you cruise along sedately in normal mode, with the ‘enhanced’ exhaust sound turned off. Make no mistake though, once the traffic clears and you find yourself in an area full of shipping containers like we did, just plant your right foot, hold on and watch the unholy transformation unfold before your eyes. 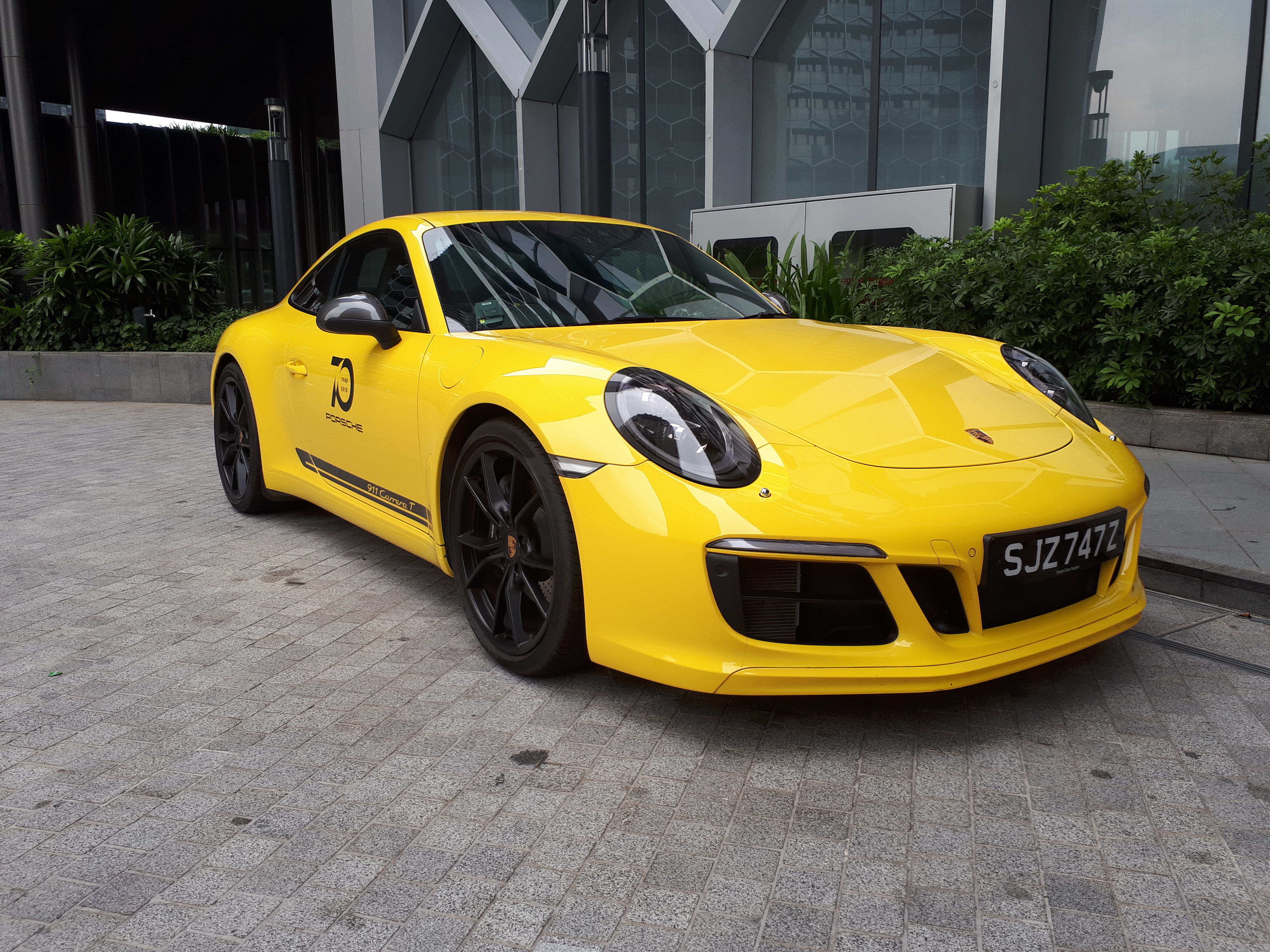 Any gear, any speed, any driving mode, Normal, Sport, Sport+, it doesn’t matter, just hit the accelerator pedal the Carrera T goes from docile to delinquent in a shorter time than it took you to read the last six words of this sentence. This is not an exaggeration, there is zero lag in this car. But as aforementioned, it’s the way the Carrera T puts this power down that really impresses. Sure-footed doesn’t even begin to describe it, as the Carrera T seems to relish whatever you can possibly throw at it. It’s actually quite amazing just how far you can push this car before the active driver assist systems kick in. While the ‘T’ does indeed stand for Touring, never forget it could also stand for turbo, two of them in fact… 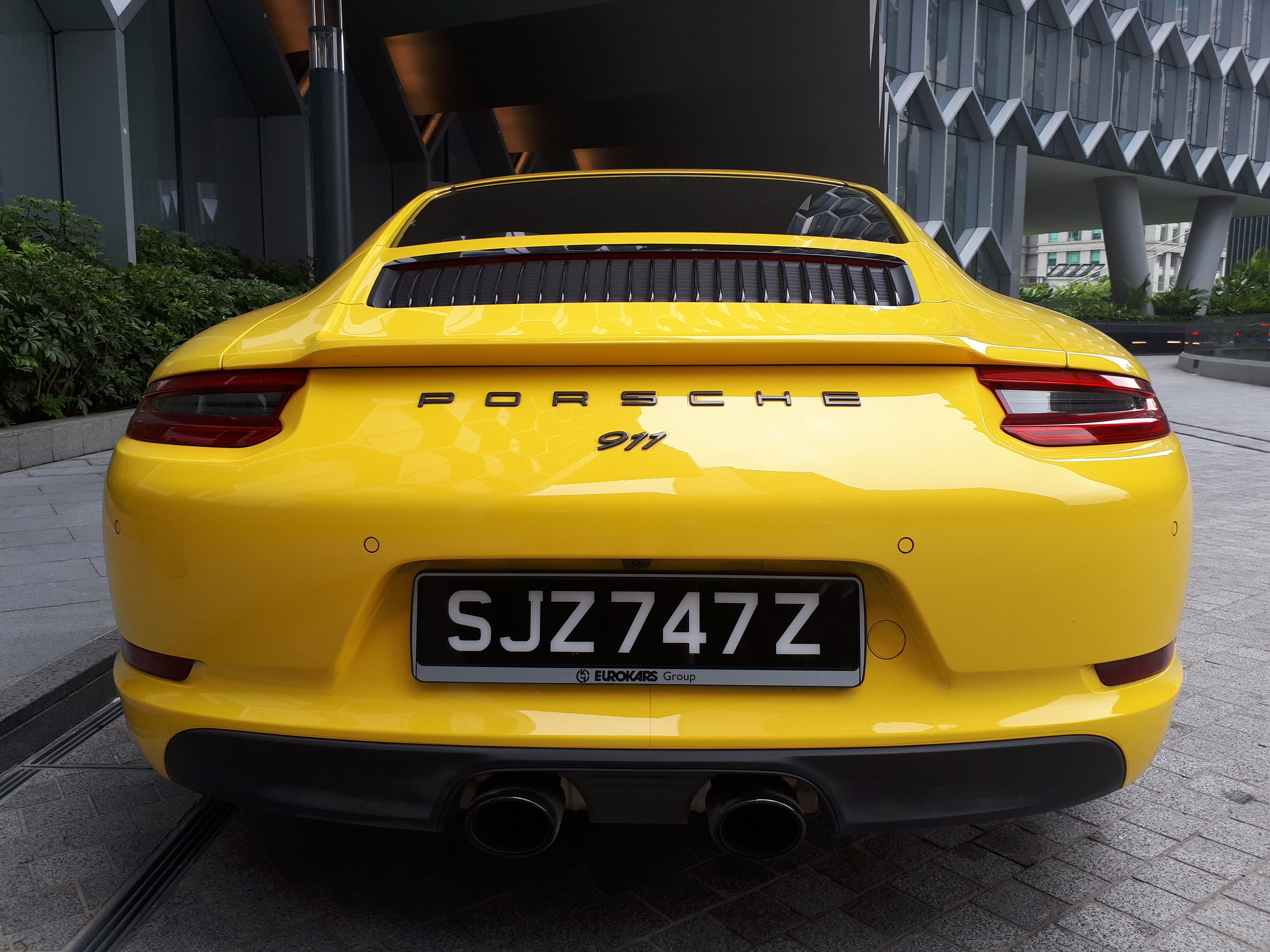 Here’s my final-say, wrap-up and 360 walk-about of the Porsche 911 Carrera T, hope you enjoyed this journey as much as I did filming and driving this amazing car! – Chris Wee.

This is a video of me at the wheel of the Carrera T in Singapore, unfortunately there’s no audio whatsoever. – CW. 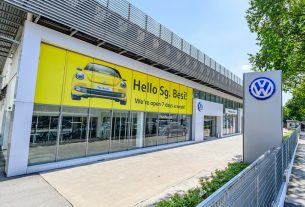 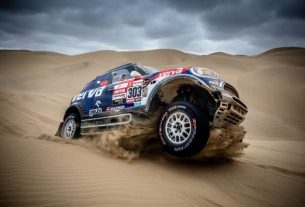 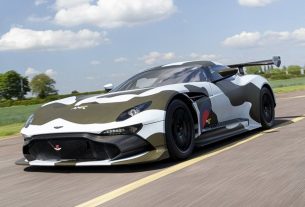