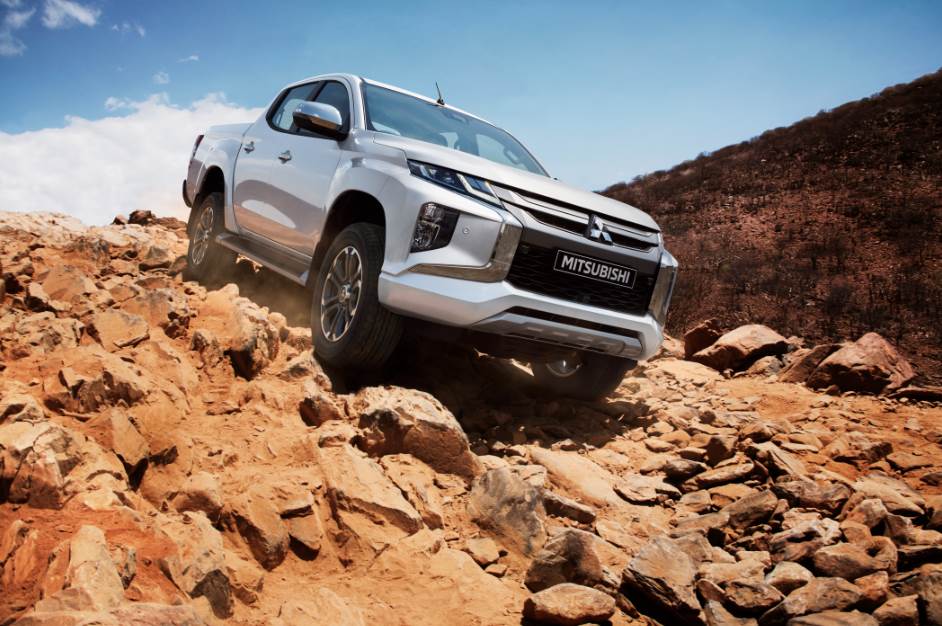 Hot on the heels of the new Ford Ranger Raptor which we reviewed recently, Mitsubishi Motors Corporation (MMC) recently announced the world premiere of the new TRITON/L200 1-ton pickup truck in Bangkok, and is to start sales in Thailand on November 17.  Here are some exclusive photos of the launch from our friends at AutoIndustriya.com! 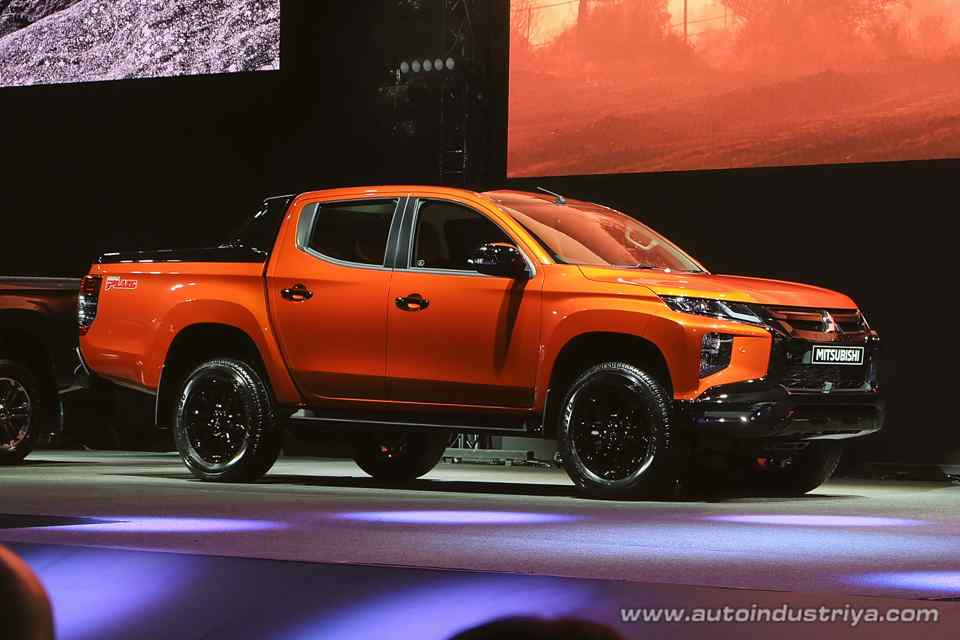 The New TRITON/L200 is the latest version of a model which is celebrating its 40th birthday this year, and is produced at the Laem Chabang Plant operated by Mitsubishi Motors (Thailand) Co. Ltd. (MMTh), MMC’s producer and distributor in Thailand. To read the full launch report from AutoIndustriya.com, click this link. 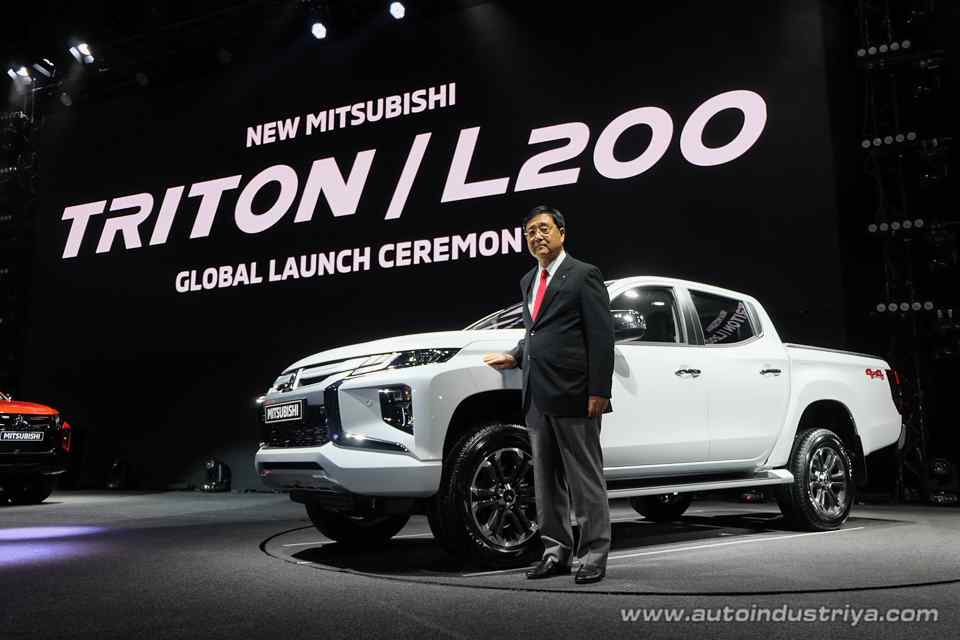 The vehicle is a global strategic model which, following its Thai launch, will be launched in the other ASEAN markets as well as Oceania, the Middle East, Europe, Africa and Latin America. Eventually it will be sold in some 150 countries around the globe. 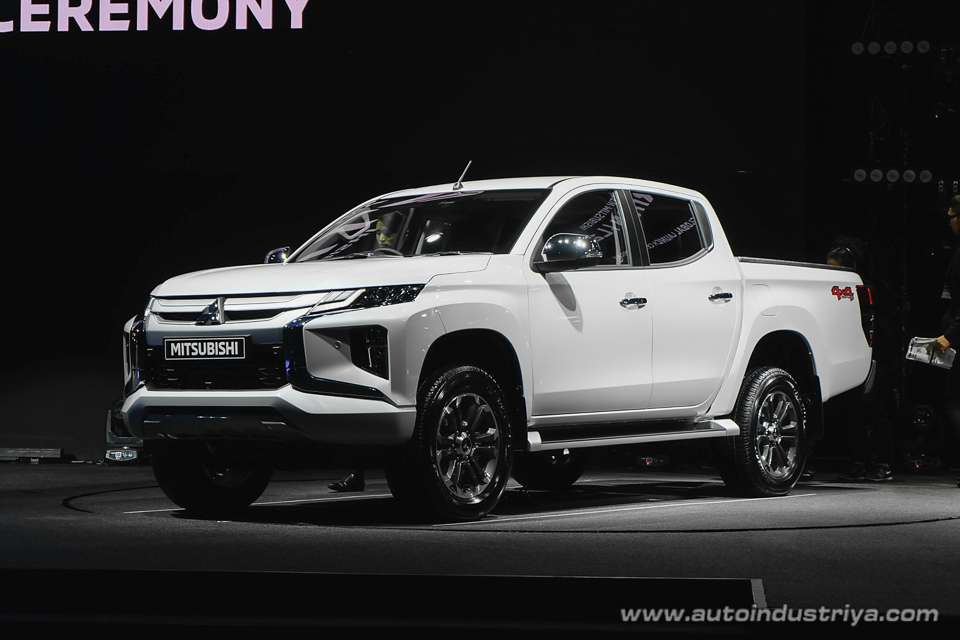 On the occasion of the world premiere, Mitsubishi Motors CEO Osamu Masuko stated: “The New TRITON/L200 is one of our most important global strategic models. Its success will accelerate the momentum of the company’s sustainable growth. The new model brings enhancements to the durability, reliability and comfort developed over the 40 years since the introduction of the series. “I am fully confident the New TRITON/L200 will meet the diverse needs and wishes of our customers around the world.”

More on the new 2019 Mitsubishi Triton…

The New TRITON/L200 has been developed to embody the Engineered Beyond Tough keyphrase which underlined its creation. Elements making it significantly more competitive include: more powerful styling that incorporates the latest iteration of the Dynamic Shield front design concept; an enhanced 4WD system that delivers improved off-road performance, and the latest in active safety and driver assistance systems. Overall, the new model features significant refinements to the durability and reliability required by the commercial user and to the comfort and ride sought by the private user.

The New TRITON/L200 a revitalized design under the concept “Rock Solid” that embodies, both inside and out, the full essence of its “Engineered Beyond Tough” development keyphrase – a toughness fully underpinned by engineering prowess and knowhow. 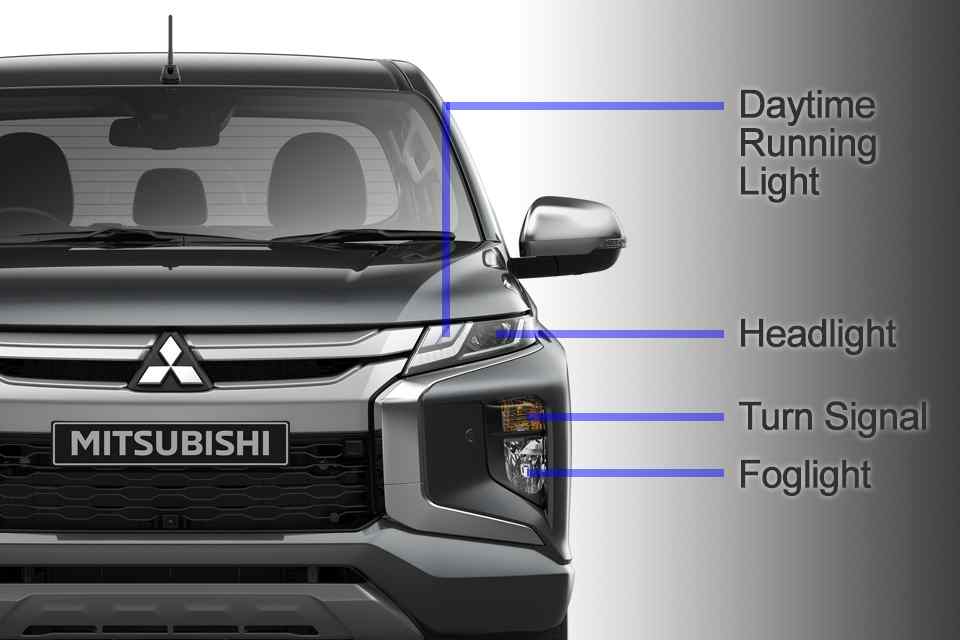 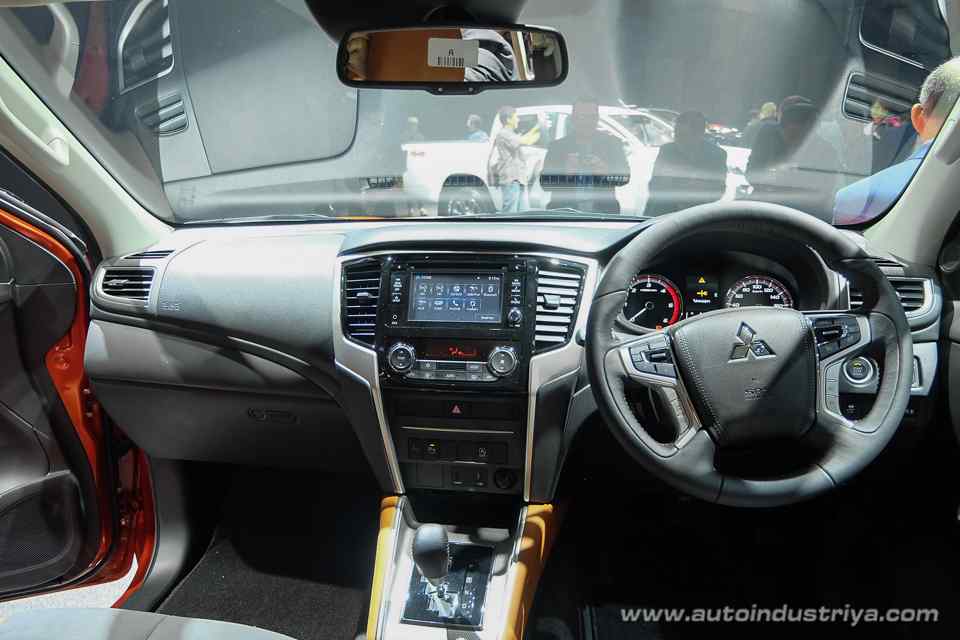 The restyled inside of the Triton expresses modern a modern and robust feeling with frame surroundings for the switch panel and air outlets. A high quality look is created by soft pad materials and stitching on the floor console, armrests and parking brake.

New TRITON/L200 4WD models are fitted with either Super-Select 4WD, which delivers optimum traction and handling characteristics for any given surface, or Easy-Select 4WD, which simplifies switching between drive modes for different road surfaces. With the addition of new drive modes, both 4WD systems deliver improved off-road performance. 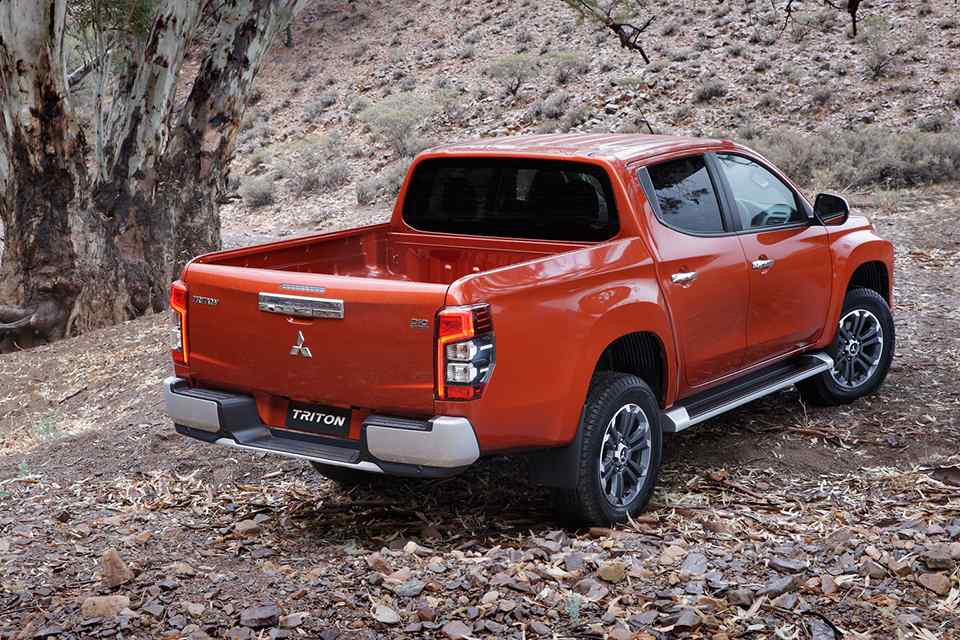 Both Super-Select and Easy-Select 4WD systems use a new Off-road Mode which has GRAVEL, MUD/SNOW, SAND and ROCK (in 4LLc only) settings. When engaged, Off-road Mode integrally controls engine power, transmission and braking to regulate the amount of wheel slip and thereby maximize all-terrain performance and self-extraction performance in mud or snow.

Vehicle speed is electronically controlled to allow the driver to negotiate steep or slippery descents more safely and with more assurance. 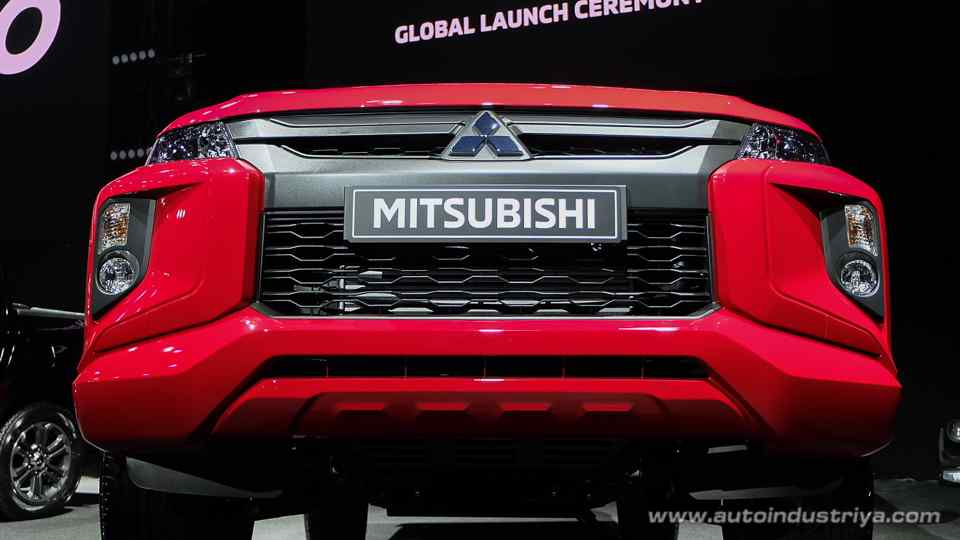 Providing convenient driver assistance are the Multi Around Monitor, which generates a bird’s eye view image of the area around the vehicle, and Parking Sensors.

The New TRITON/L200 features many detail improvements, directed by the Engineered Beyond Tough development keyphrase, to the durability and reliability sought in commercial use and to the comfort and ride sought in private use. Braking performance and feel are improved with the use of larger front discs and caliper pistons; Ride is improved with the use of larger rear dampers which contain more damping oil; Changing to a 6-speed A/T from the current 5-speed A/T to allow smoother, more powerful acceleration and improved refinement. 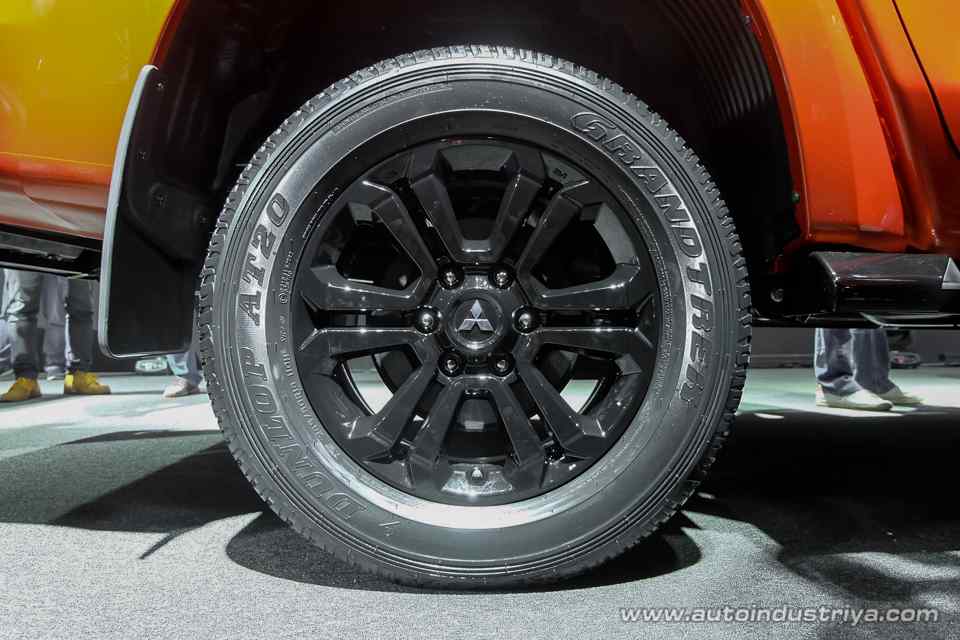 Following its start of sales in Thailand on November 17th, the New TRITON/L200 is scheduled to be rolled out sequentially in the company’s markets in ASEAN, Oceania, the Middle East, Europe, Africa and Latin America, eventually going on sale in some 150 countries around the globe. MMC plans to sell some 180,000 units of the new and current models this fiscal year. TRITON/L200 is a core global strategic model and is MMC’s second biggest seller, following Mid-size SUV Outlander in the MMC lineup last fiscal year.

Mitsubishi Motors Malaysia (MMM) will be having an official preview of the New Triton at the Kuala Lumpur International Motor Show 2018 at the Malaysia International Trade and Exhibition Centre (MITEC) from 23 November to 2 December.

Alternatively, the public may view the new Triton at the following locations:

MMM will also plan to hold a special display of the New Triton in Johor Bahru. Those who are interested are encouraged to register for interest at http://mitsubishi-motors.com.my/new-triton-teaser/ for display locations and for further information about the New Triton. 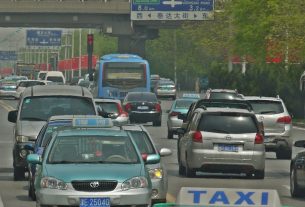 How numberplates are issued in China 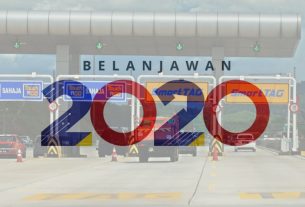 Budget 2020 highlights for the auto sector and highway-users 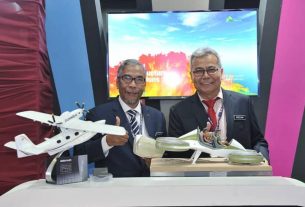