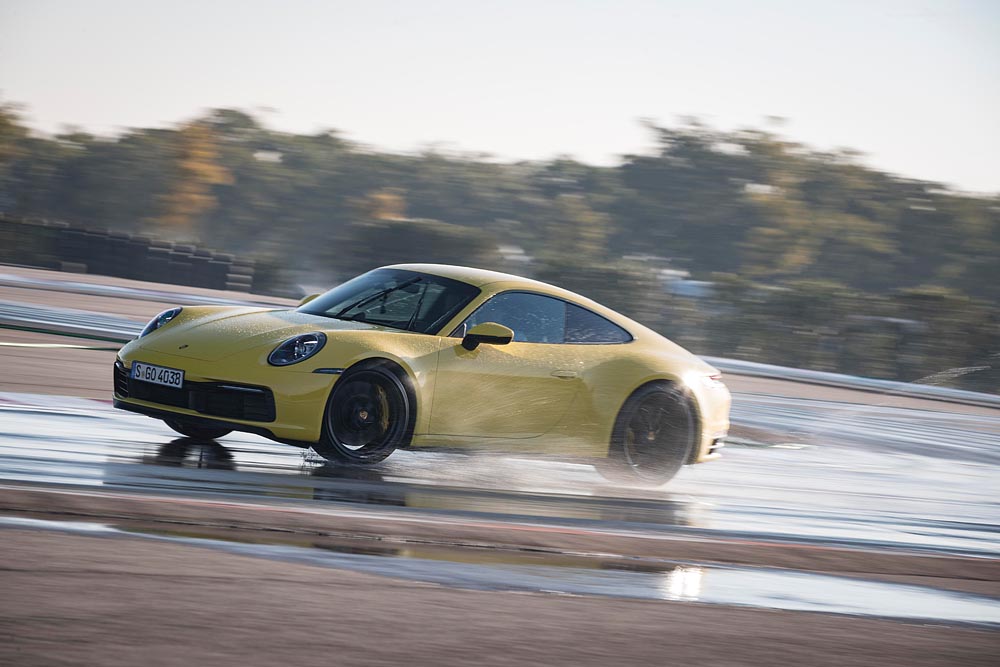 The eighth generation of the Porsche 911 is not just more powerful than its predecessor, but is also more comfortable and safer. With Porsche Wet Mode, the sports car offers even better handling on wet roads – a world first introduced exclusively for the 911. The innovative assistance system includes a function for detecting significant wet road conditions and a corresponding vehicle setup for increased driving stability on wet road surfaces. 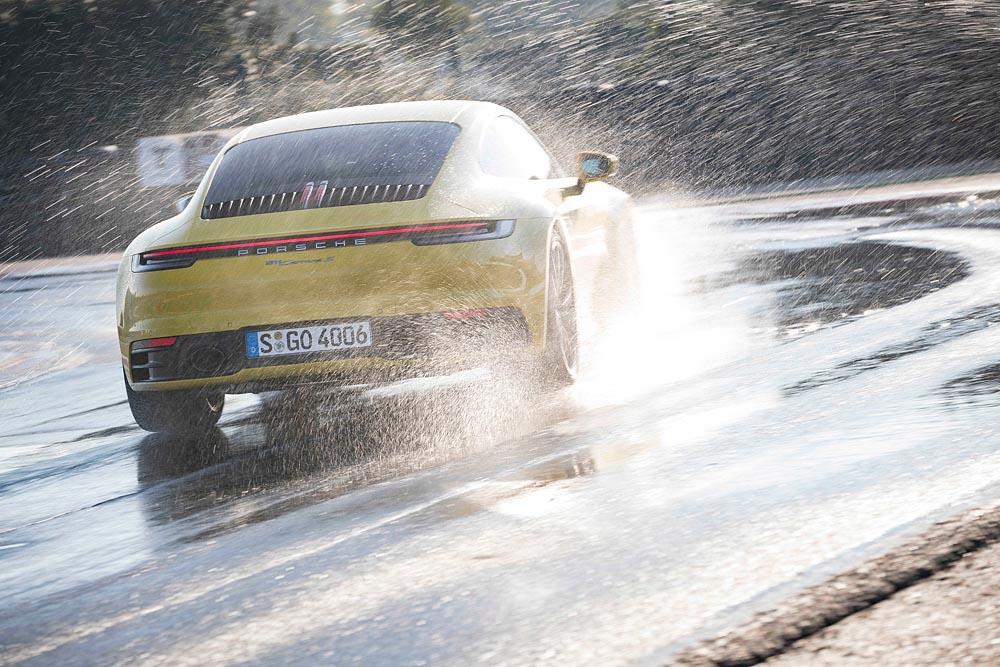 How Porsche Wet Mode works
“Wet Mode was developed to provide the driver with consistent support in wet conditions. It does not restrict the maximum power of the engine or limit the top speed, and should therefore also not be used as insurance for driving too fast in very wet conditions. Instead, it should be seen as an assistance system in the truest sense,” says August Achleitner, who has been head of the model series for many years. Porsche Wet Mode can automatically detect a wet road and warn the driver about the risk of aquaplaning. For this purpose, acoustic sensors in the front wheel housing detect swirled-up spray water. This makes it fundamentally different from windscreen wiper rain sensors, which only react optically to water droplets on the windscreen independently of the road conditions. This is because there may still be standing water on the road even when a rain shower has passed. Here’s the video on how it works…

If the system detects a wet road surface, the response behaviour of the Porsche Stability Management (PSM) and Porsche Traction Management (PTM) systems is preconditioned. Both systems then intervene earlier and more sensitively than before. In addition, a warning is shown on the display on the right next to the rev counter. This informs the driver of detected wetness and recommends that the driver switch manually to Wet Mode. The corresponding function can either be activated in the new button bar above the centre console, or is integrated in the mode switch on the steering wheel with the optional Sport Chrono Package. 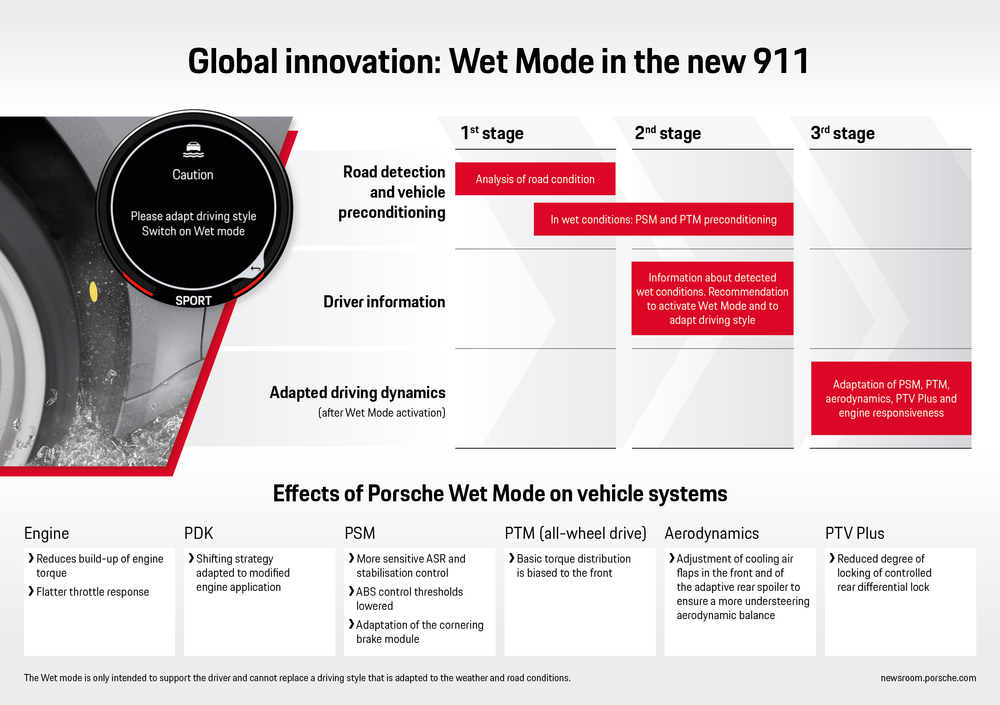 If Wet driving mode is activated, the PSM, PTM, adaptive aerodynamics, optional Porsche Torque Vectoring (PTV) Plus and drive responsiveness are all adapted to guarantee maximum driving stability. From 90 km/h, the variable rear spoiler is extended to performance position, the cooling air flaps open, the accelerator pedal characteristic is flatter, and the PSM Off function or Sport mode can no longer be activated. The torque build-up of the engine is smoother, and the shift strategy of the new eight-speed PDK transmission is automatically adapted to this. On the 911 Carrera 4S all-wheel-drive model, more drive power is transferred to the front axle than in normal mode in order to reinforce the stabilisation effect. Reduced locking ratios of the electronically controlled rear differential lock are also part of the 911 setup for wet conditions. 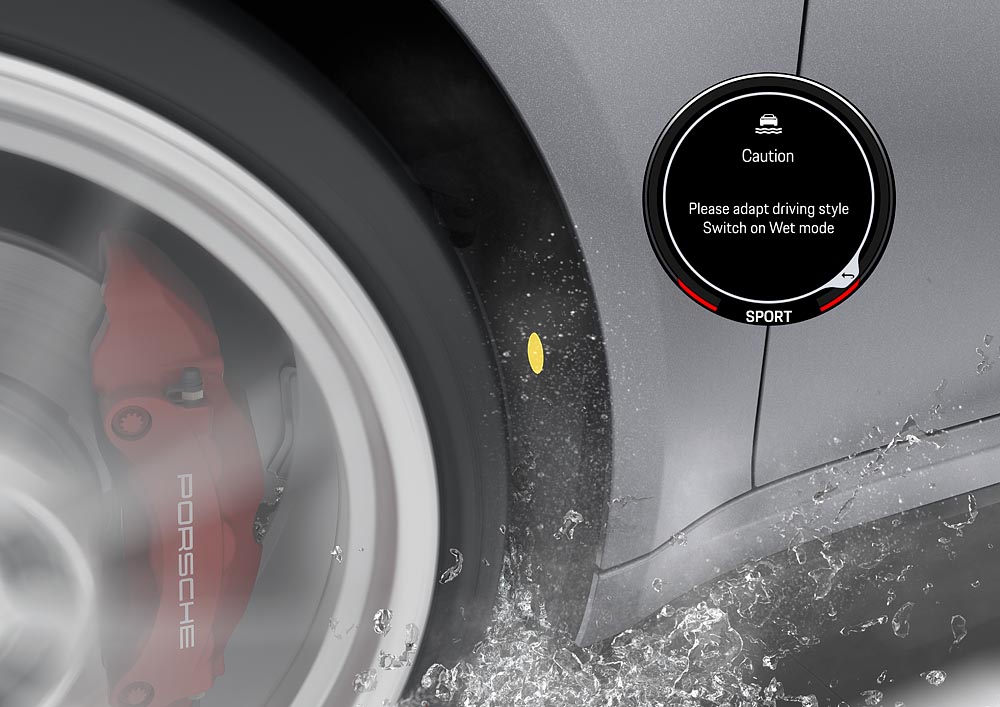 The effect for the driver is clearly noticeable: the 911 offers more confident handling, while the precisely matched interventions are particularly effective in the event of sudden changes in direction, spontaneous power requests or on changing road surfaces with different coefficients of friction. The electronic copilot does not just offer benefits in the wet. Wet Mode can also be activated manually on snow-covered roads with reduced grip in order to increased driving stability.

The eighth generation of the new 911 was presented in Los Angeles at the end of November 2018. The turbocharged flat-six engine of the 911 Carrera S and 911 Carrera 4S now produces 331 kW (450 PS). This corresponds to an increase of 22 kW (30 PS) compared with the previous model. Both 911 models beat the four-second mark for acceleration from 0 to 100 km/h: the rear-wheel-drive Coupé needs 3.7 seconds and the 911 Carrera 4S with all-wheel drive just 3.6 seconds. This makes both cars 0.4 seconds faster than the previous model in each case.

The consumption and CO2 emissions values were calculated using the new Worldwide Harmonised Light Vehicle Test Procedure (WLTP). The NEDC values derived from this must continue to be specified for the time being. These values cannot be compared to the values calculated based on the NEDC measuring procedure used up to now. 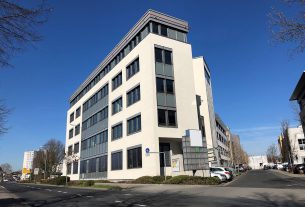 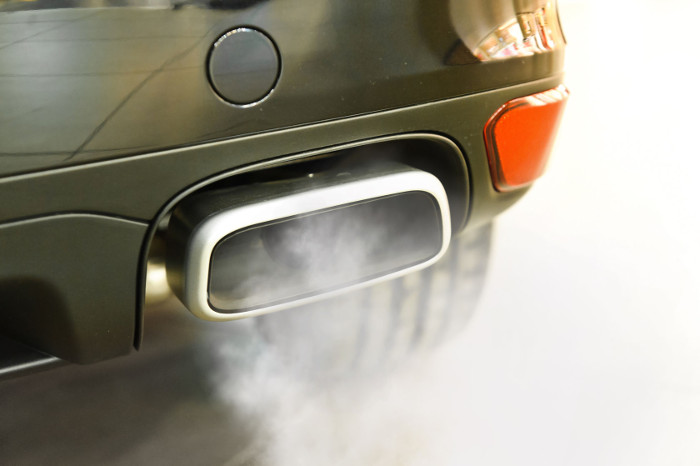 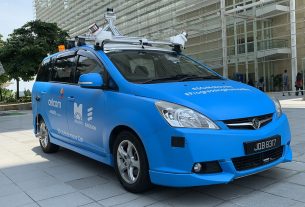