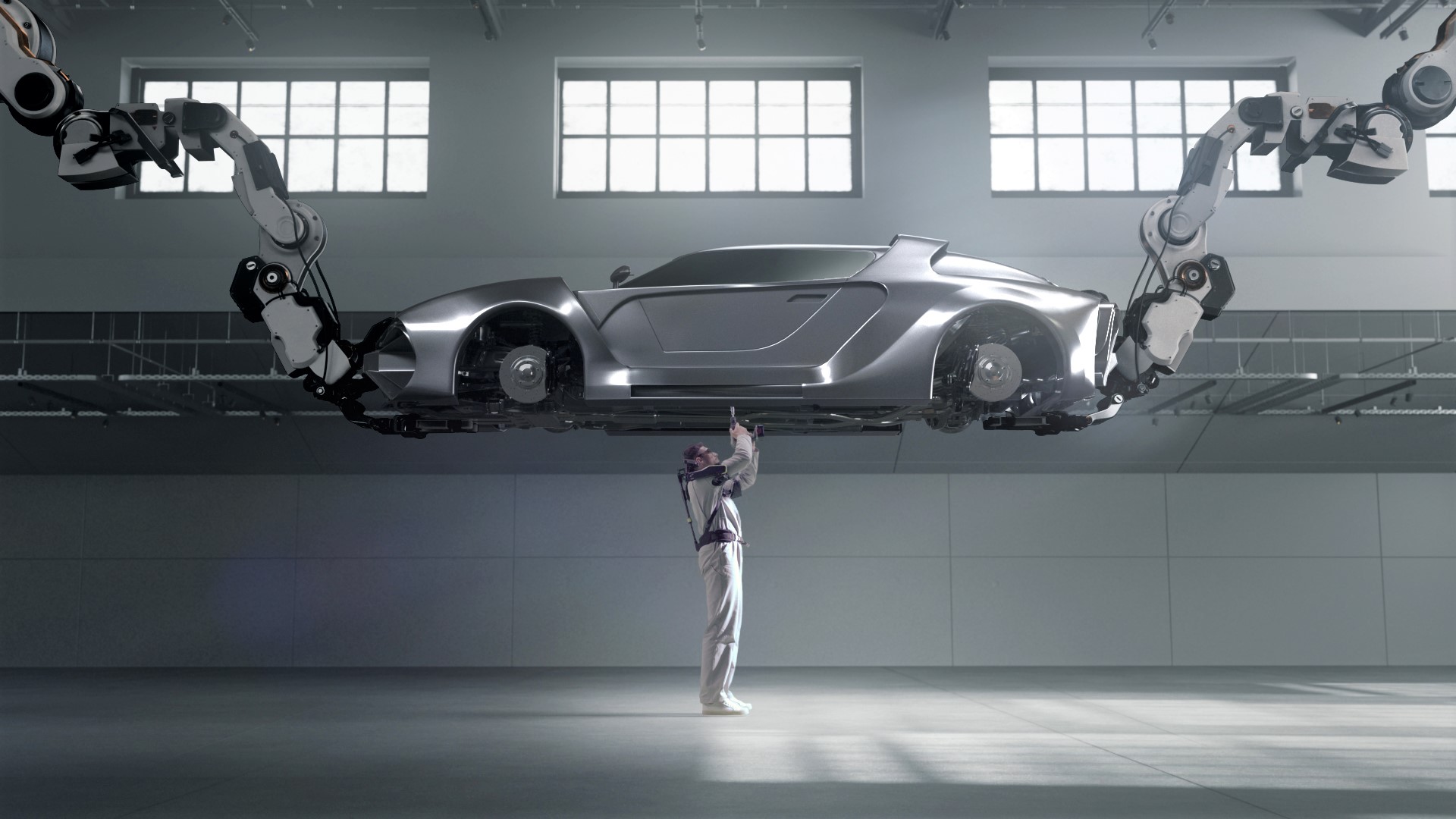 The increased automation, particularly the use of robots, is feared to reduce the number of humans needed to do work in factories. It has a lot of implications and companies are trying to find a balance in their workforce. However, humans are still needed for some types of assembly work, especially where it involves variations. Robots work more efficiently when the work is constantly similar (eg welding bodies) so customisation of specifications is harder to programme.

Therefore there will still be a need for humans in the factory and the dream of the former General Motors CEO, Roger Smith, of a factory with no humans at all, building cars non-stop all day long will likely remain just a dream for some time to come.

The VEX helps by imitating the movement of human joints to boost load support and mobility. The wearable vest the polycentric axis – combining multiple pivot points with multi-link muscular assistance – to function, eliminating the need for a battery. 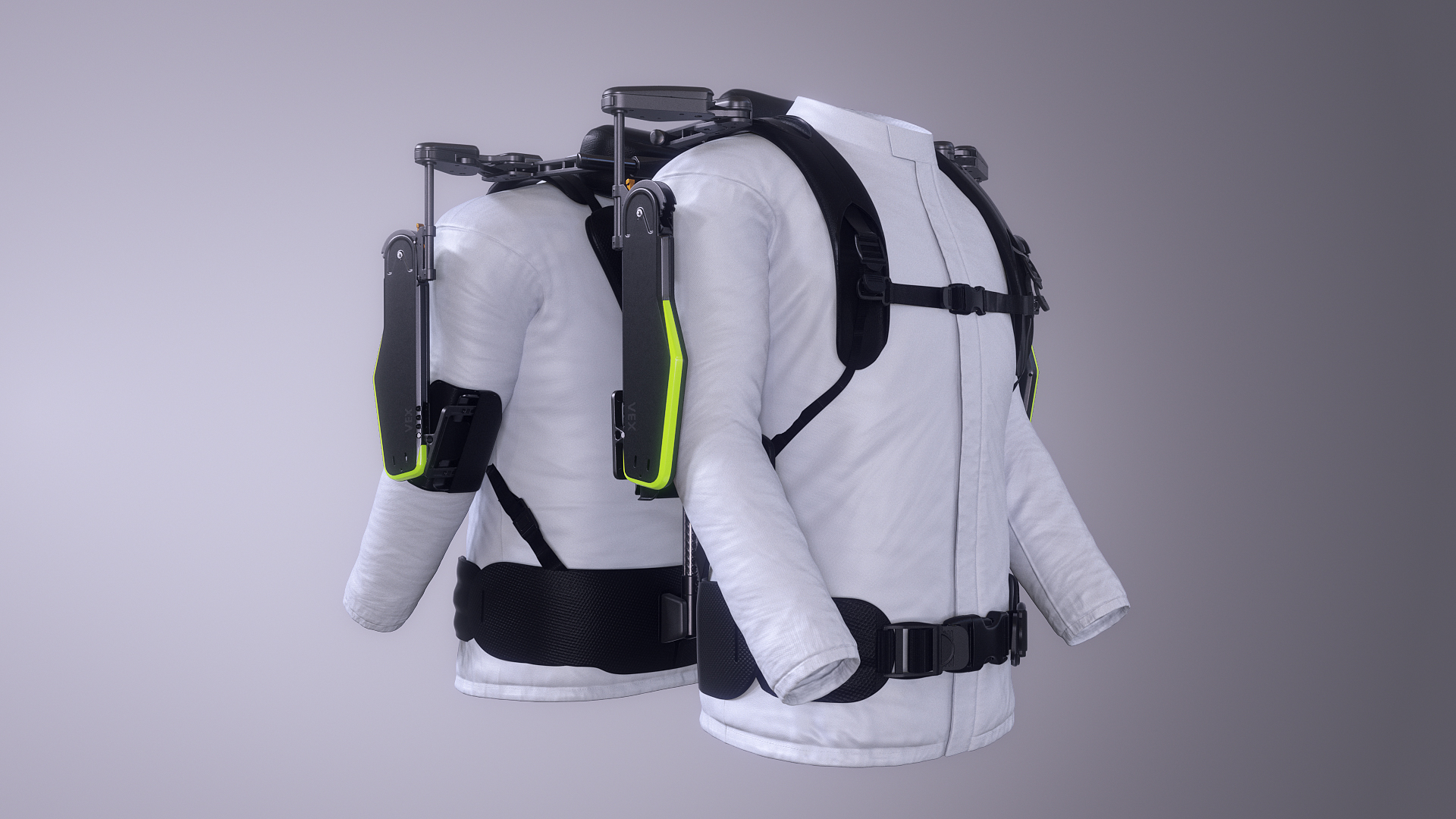 Attached like a backpack
At 2.5 kgs, it weighs 22 – 42% less than competing products and is worn like a backpack. The worker places his or her arms through the shoulder straps of the vest, then fastens the chest and waist buckles. The back section can adjust in length by up to 18 cm to fit a variety of body sizes, while the degree of force assistance can be adjusted over 6 levels – up to as much as 5.5 kgf.

“VEX gives workers greater load support, mobility, and adaptability when operating in overhead environments,” said DongJin Hyun, Head of Robotics team of HMG. “Workers will also appreciate how light VEX is to wear and work with.” 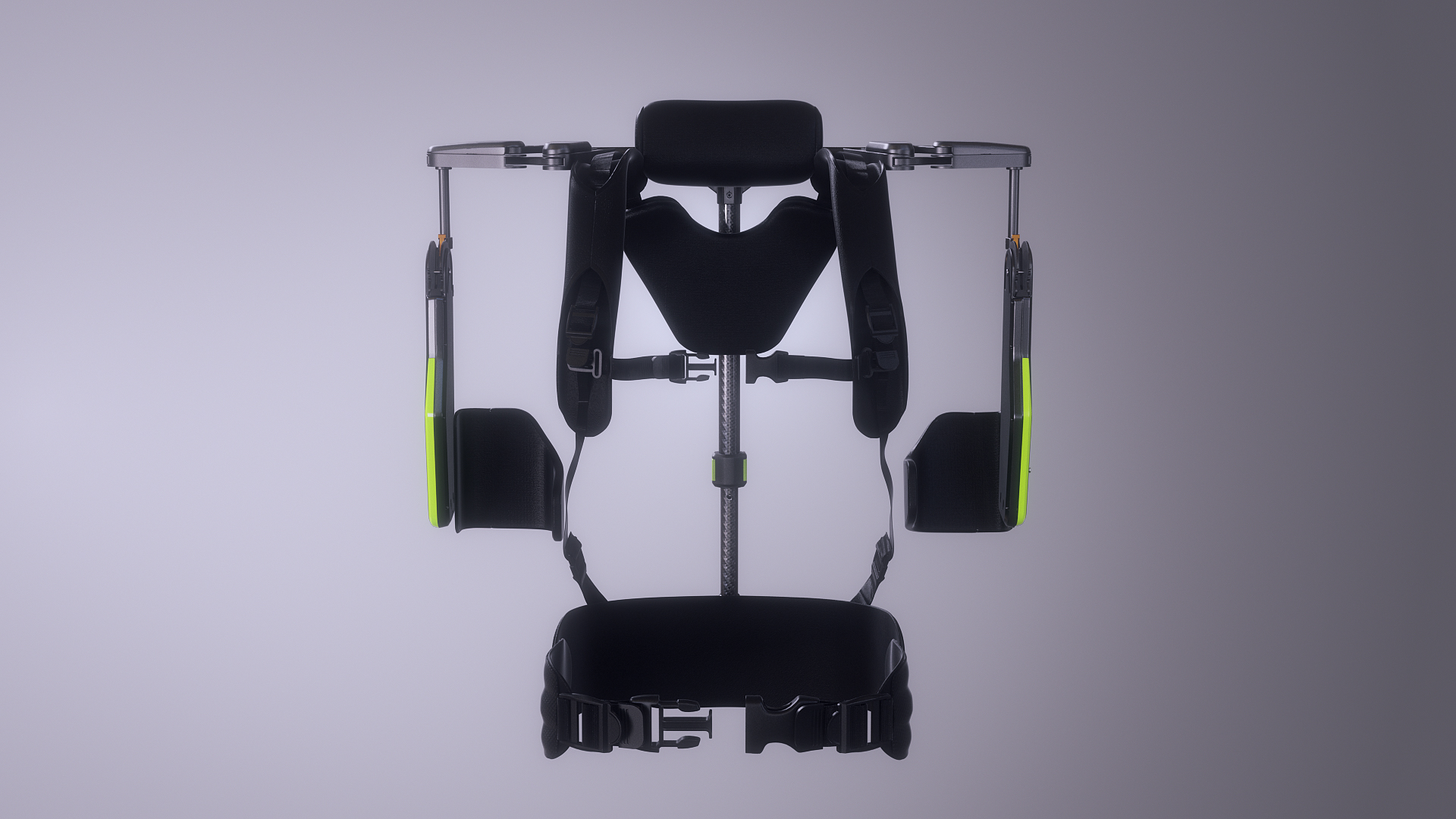 The newly-developed product is targeted at production-line workers whose job is primarily overhead, such as those working on the underside of vehicles – fitting brake tubes, attaching exhaust systems, etc.

Already used in 2 US plants
The development of the VEX included a pilot program in two HMG plants in the USA. The trial was widely successful in assisting workers and boosting productivity and both plants have incorporated VEX systems in their production lines.

The Group is considering introducing the VEX in plants around the world. It is expected to go into commercial production in December and is projected to cost as much as 30% lower than existing products which usually costs around US$5,000 (about RM21,000).

Growing demand for wearable robots
According to the International Federation of Robotics, the wearable robotics industry is growing 14% annually, a rate which is accelerating. By 2021, approximately 630,000 commercial robots will be sold worldwide, with the greatest demand coming from the automotive sector. Recognizing the market trend, HMG is making active investments and strengthening its presence within the growing robotics industry by securing relevant technologies.

Click here for other news and articles about Hyundai on PISTON.MY