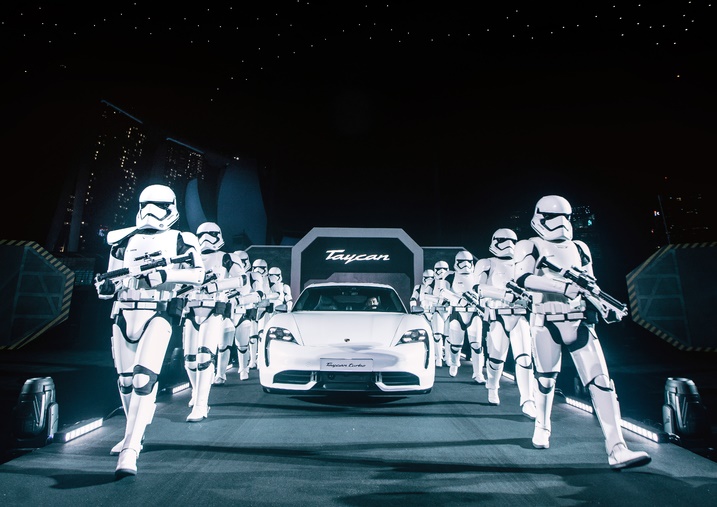 Porsche’s first all-electric sportscar has arrived in the ASEAN region and while it didn’t arrive in a starship, its debut in Singapore was certainly spectacular with a Star Wars theme and a drone show. The involvement of Star Wars is because Porsche and Lucasfilms have collaborated to design a fantasy starship in support of the upcoming Star Wars film, the final episode of the Skywalker saga.

So two legendary icons, Porsche and Star Wars, joined forces at the Porsche Asia Pacific premiere of the new Taycan in Singapore last night, ahead of its regional market launch in 2020. The Taycan marks the beginning of a new chapter for Porsche as the company expands its product range in the field of electromobility. 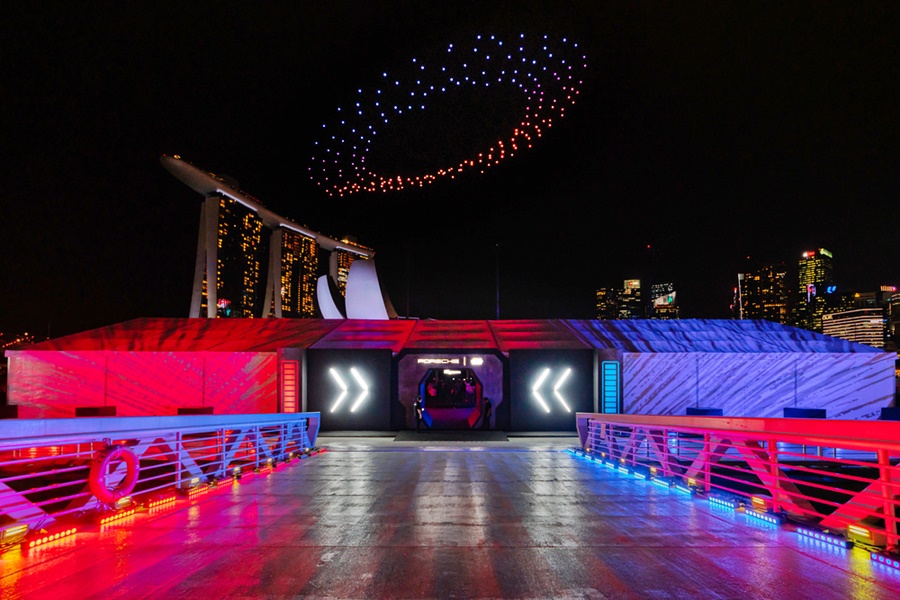 “The Taycan links our heritage to the future. It is a fascinating sportscar with exciting driving dynamics, performance and technology – and like every Porsche ever built, it comes with a soul. Something you will feel immediately, once you get behind the steering wheel,” said Arthur Willmann, Managing Director of Porsche Asia Pacific, at the event which was themed ‘Soul, electrified’ to highlight the features of the latest Porsche model. 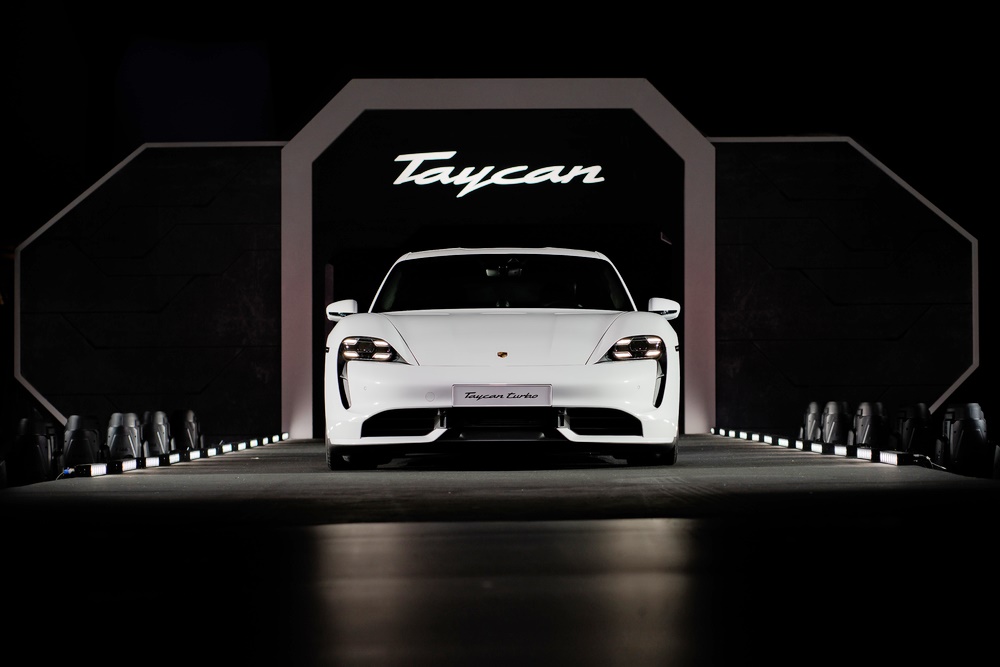 “Asia Pacific is an important sales region for Porsche – with a continuously growing customer and fan base. With the Taycan, we are entering a new era and this spirit fits perfectly with the iconic Star Wars brand and the joint event here in Singapore,” added Matthias Becker, Vice President Region Overseas and Emerging Markets of Porsche AG.

Michael Mauer, Vice President Style Porsche at Porsche AG, who was present at the event, shared the design philosophy behind the vehicle: “Designing the Taycan was one of the most exciting tasks, because the only certainty was that it had to be recognisable as a Porsche at first glance. And by pursuing the strategy of making it the sportiest in the segment, we have defined a new architecture for purely electric vehicles. Just like what the 911 has achieved, my vision is that the Taycan will become an icon of this new era, a synonym for a purely electric sportscar,” he said. 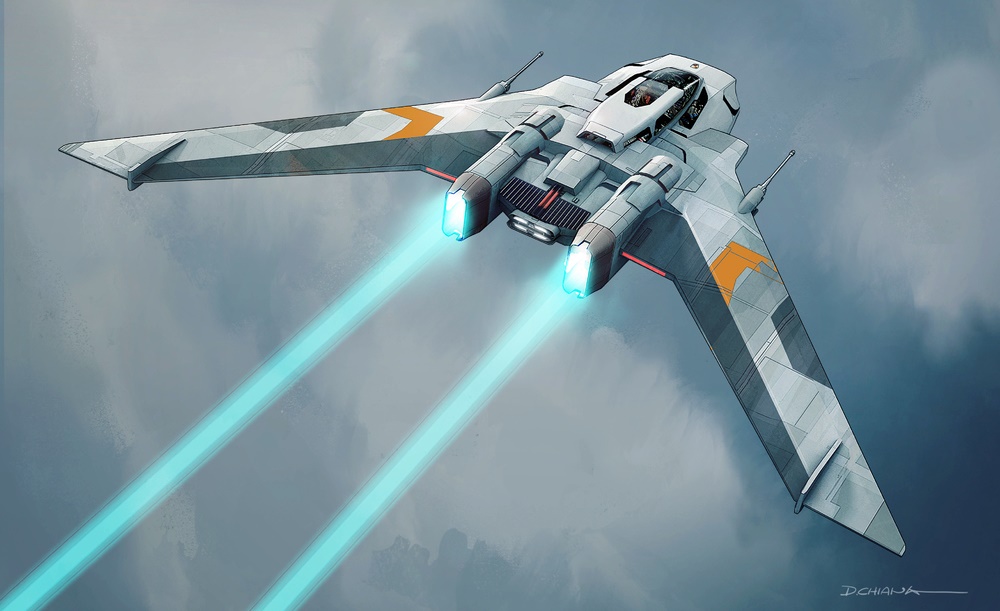 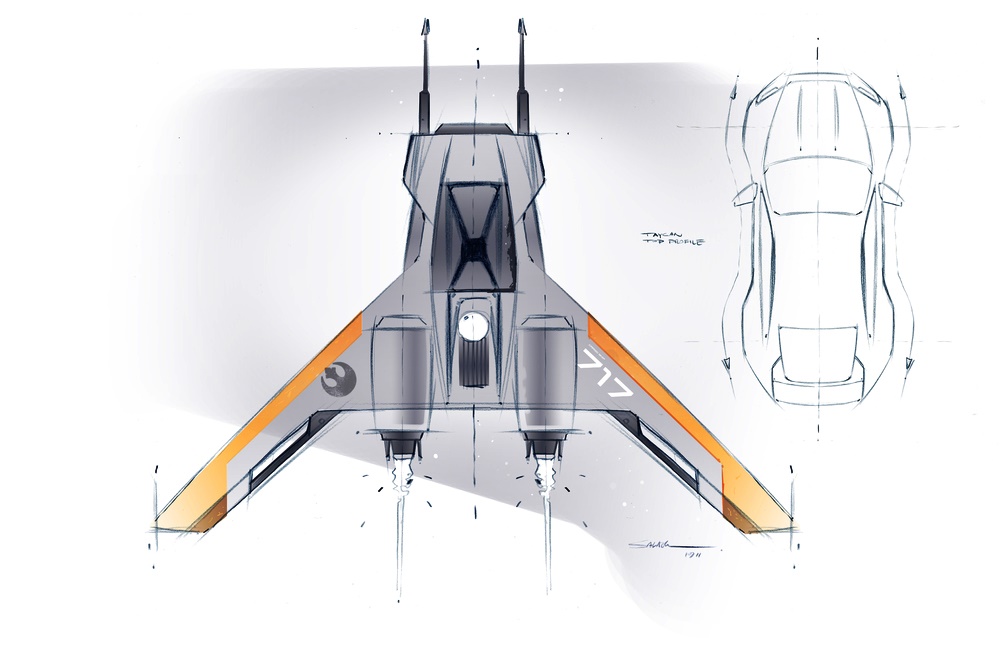 Explaining the design process and presenting design sketches of the spacecraft highlighting the combined Porsche and Star Wars design DNA, Doug Chiang, VP Executive Creative Director, Lucasfilm, said: “Although one brand is placed in a fantasy universe and one in the real world, it’s interesting that both are defined very much by their iconic design principle. The basic challenge of the design brief was to design a starship that would both be true to the Star Wars universe and Porsche design DNA.”

The starship will be unveiled at the world premiere of ‘Star Wars: The Rise of Skywalker’ which will be released this December. You can’t buy it, but you can buy the Taycan although local prices have not been revealed yet. Contact Sime Darby Auto Performance to let them know of your interest to buy one.

Porsche developing a starship for the time when its business expands to galaxies far, far away 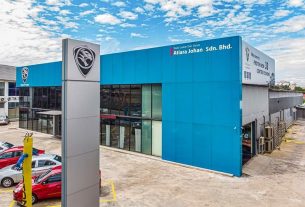 Proton urges public to book X50 only at authorised dealerships 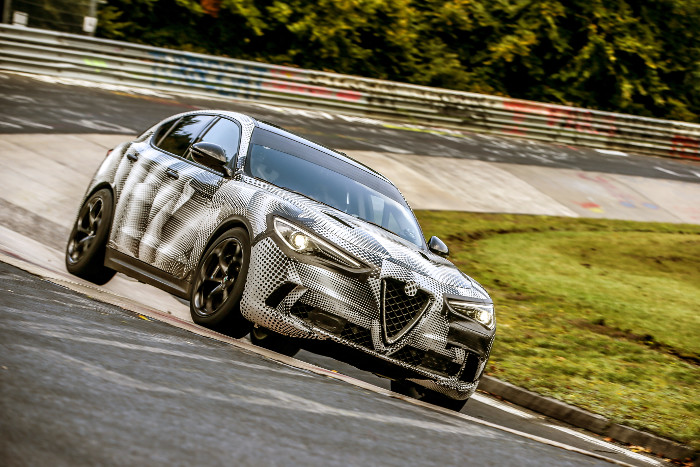 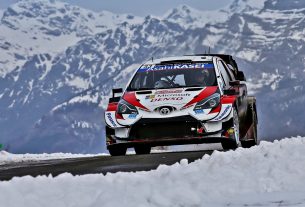