The Land Rover Defender was a motoring icon in its time and its successor, the New Defender unveiled last September is destined to achieve similar fame in the 21st century. To celebrate the reimagining of the Defender as a motoring icon for this century, the automaker has worked with Zenith to create a special edition watch.

Like the legendary SUV that inspired it, the Defy 21 Land Rover Edition – as this watch is known – is modern, durable and highly desirable. It will be exclusive as only 250 pieces will be available for sale worldwide. Prices will vary depending on the country and exchange rate, but each watch is likely to cost the equivalent of RM60,000 at least. 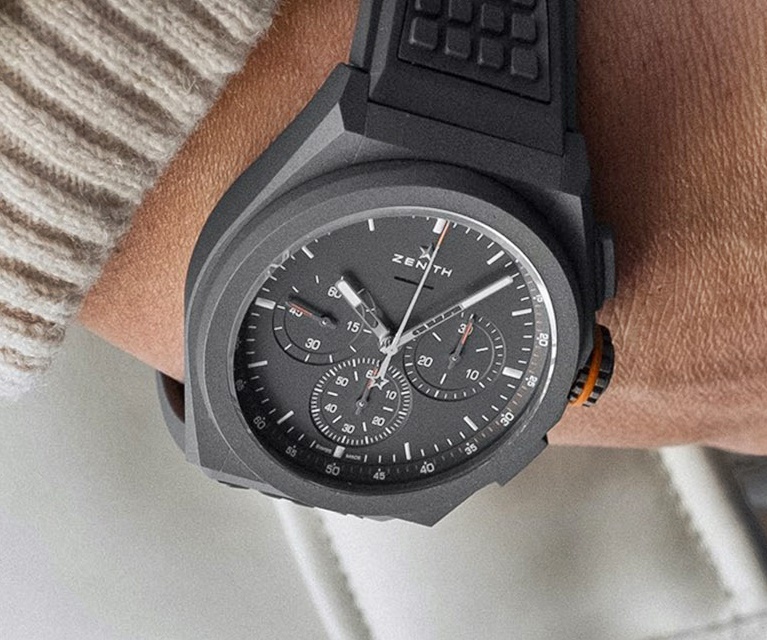 “For the next chapter in our partnership with Zenith, we wanted a timepiece that captured the essence of the new Land Rover Defender: modern, durable and highly desirable. With subtle details that capture the character of new Defender, this for me is the best timepiece we have created with Zenith,” declared Professor Gerry McGovern, Land Rover Chief Creative Officer and guardian of Land Rover’s design DNA.

The Defy 21 Land Rover Edition represents a complete makeover of Zenith’s resolutely 21st century chronograph with a raw and minimalistic look. Crafted in a special micro-blasted titanium case that absorbs light from all angles to better accentuate its faceted surfaces, it is both eye-catching and stealth-like. 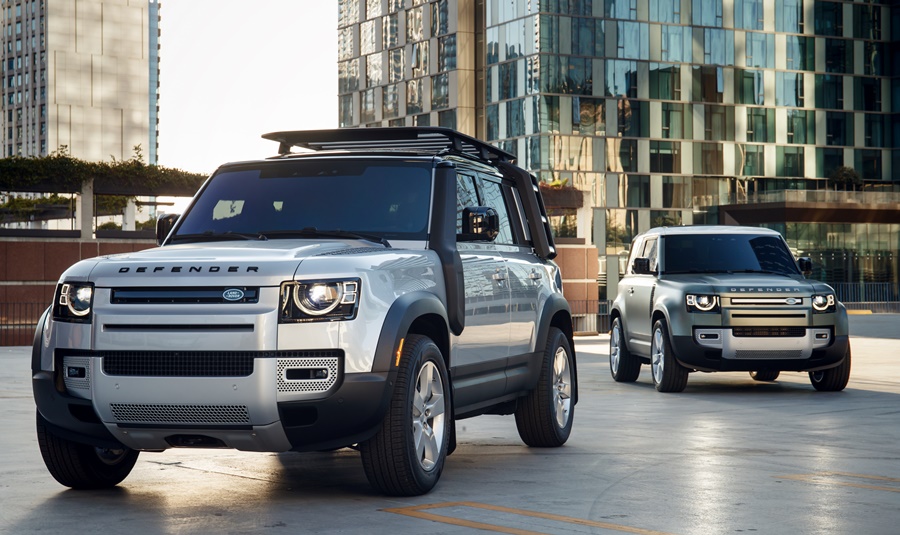 Like the El Primero and its numerous versions through the years, the Land Rover Defender now enters a new era with a bold and distinctive character. The Defy 21 Land Rover Edition chronograph also reinterprets the past in a forward-looking way, with an emphasis on durability, precision, comfort and bold design.

The dial appears as one with the case with its muted matte grey colour, offering a very different look to the open-dial standard versions of the Defy 21. Orange and white painted markers add legibility and contrast to the display, as do the specially shaped skeleton hands. 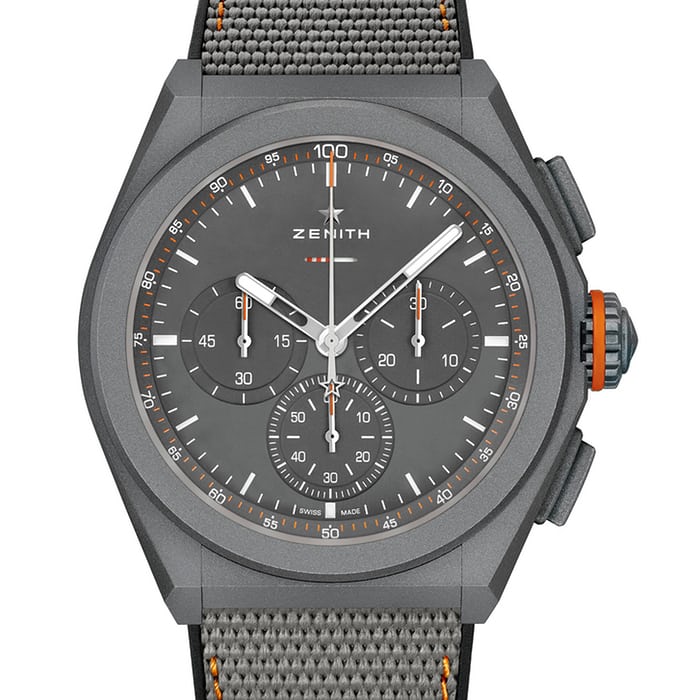 A first for the Defy 21, the power reserve display for the 1/100sec chronograph is executed in the form of a liner window instead of a hand. Through the specially engraved case back, the display offers a view of the El Primero 21 1/100sec movement with a custom oscillating weight, in the form of a miniaturized 5-spoke Land Rover wheel.

Like the different modular packs offering Defender the perfect adaptability to different driving needs, the Defy 21 Land Rover Edition comes with two straps: the ‘Adventure’ strap with an all-terrain textured rubber, and the ‘Country’ featuring a grey rubber strap with a fabric effect and orange stitching.