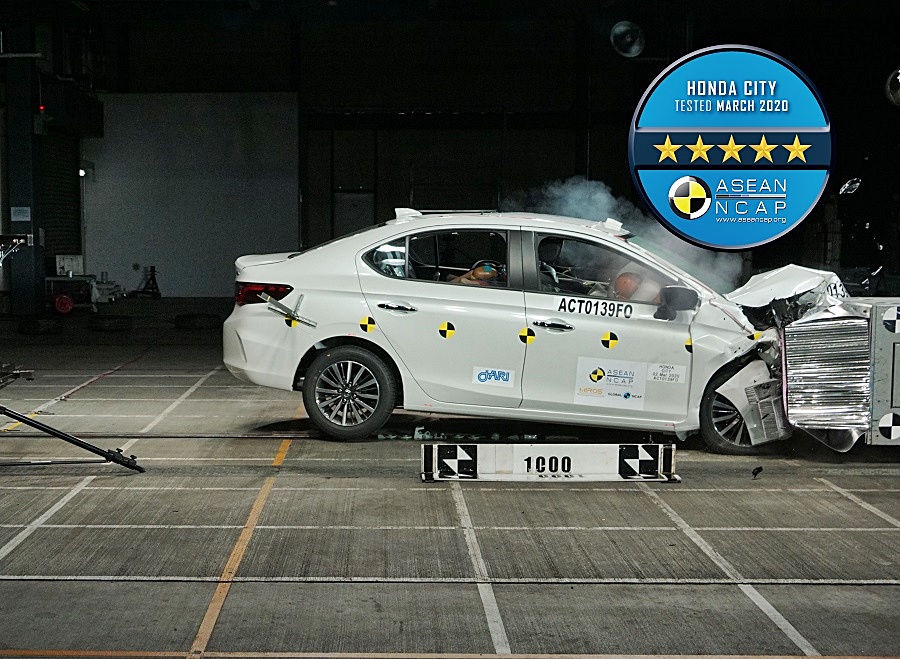 ASEAN NCAP, which runs the New Car Assessment Programme for Southeast Asian Countries, has released its assessment on the latest Honda City. This is the third assessment that ASEAN NCAP has performed on the model, the first two being in 2012 and 2014. In fact, the model was one of the very first to be crash-tested by ASEAN NCAP at its facility in Melaka. However, for the 2020 model, the testing was conducted by the Japan Automobile Research Institute (JARI), a partner of ASEAN NCAP.

The 2020 City (Thai market version) showed an outstanding result under the current 2017-2020 assessment. The sedan obtained an overall score of 86.54 points which qualified it for the maximum 5-Star ASEAN NCAP rating.

The new sedan has a standard fitment of 4 airbags, Seatbelt Reminder System (SBR) for both of its frontal occupants and Electronic Stability Control (ESC) across all its variants. An Emergency Stop Signal technology is also available in the current City variant that is launched and sold in the Thai market either as standard or optional fitment. Nevertheless, all the safety assist technologies assessed by ASEAN NCAP will be available either as standard or as an option in all the variants that will be available in several countries across South East Asia.

In addition, the City will have Blind Spot Visualization (BSV) technology in variants that are available in certain markets. The BSV is fitted on the passenger side of the vehicle. 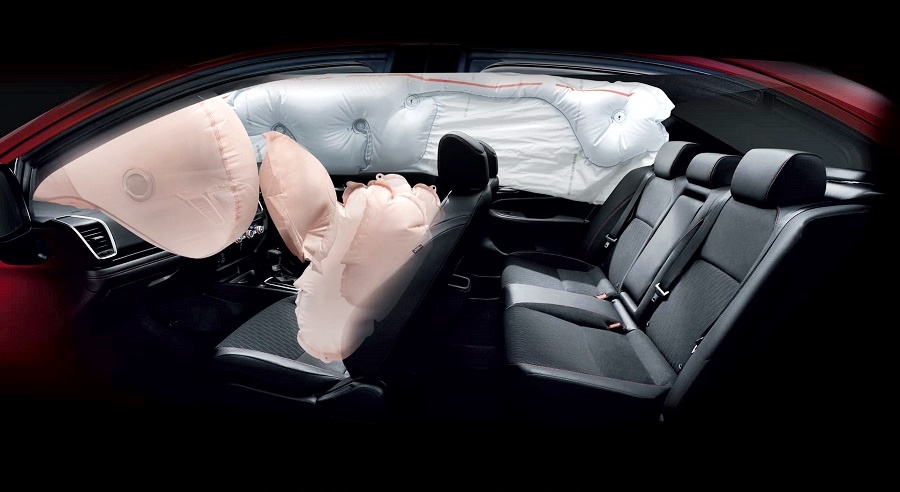 “We are excited to have another 5-Star car in the line-up of ASEAN NCAP assessed vehicles. Although the City was assessed twice prior to this, we can see there have been significant improvements in the number of safety technologies that are equipped in this new model as a standard fitment. I am also pleased that, in addition to the existing safety assist technologies ASEAN NCAP is assessing which will be available in variants that will be launched soon, Honda has also added Emergency Stop Signal technology that consumers will benefit in mitigating any unwanted collision,” said MIROS Director-General and ASEAN NCAP Chairperson, Ts. Dr. Siti Zaharah Ishak.

“The Honda City has shown consistent 5-Star performances since it was assessed in 2012. The pre-requisite that ASEAN NCAP set in 2014 -2016 assessment in which variants that are fitted with ESC and SBR for both frontal occupants are eligible for 5-Star AOP rating, provided that the model scored within the 5-Star scoring range, was a significant impact towards the development of upcoming models. By having the pre-requisite, manufacturers are well prepared by including the ASEAN NCAP core criteria under the 2017-2020 assessment into some of the model’s variants,” explained ASEAN NCAP Secretary-General, Professor (Adjunct) Ir. Dr. Khairil Anwar Abu Kassim.

“Most importantly, manufacturers like Honda have now equipped these important passive and active safety technologies in their models as standard fitment in order to make their cars safer for the benefit of road users,” he added. 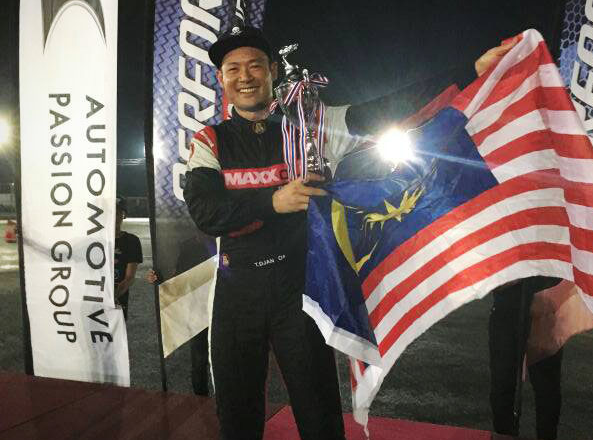 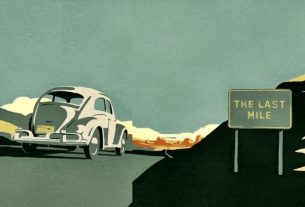 Final tribute to the Beetle in the US market (w/VIDEO) 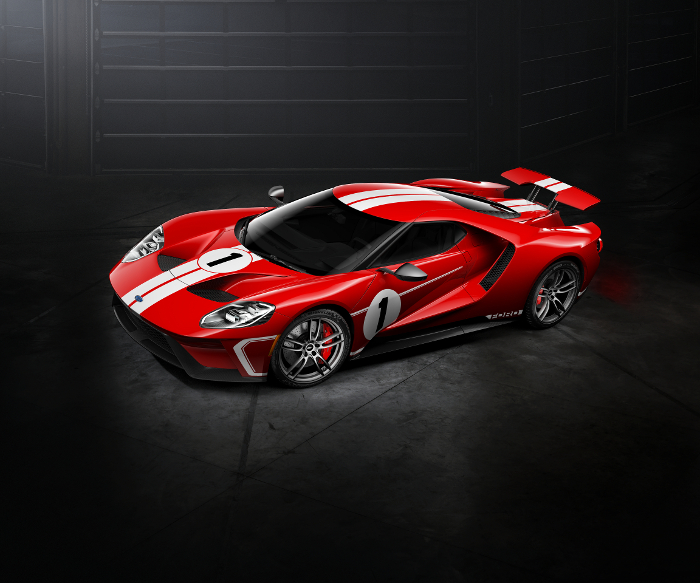