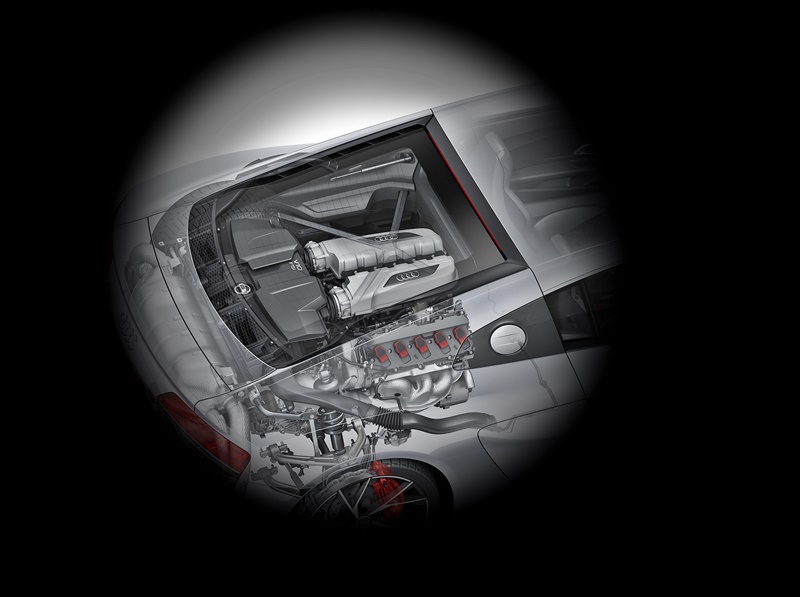 At its 8,700 rpm limit, each one of the pistons found in the 10-cylinder Audi R8 engine is traveling approximately 27 metres every second. Or you can put it another way: adding up all 10 cylinders’ worth of work, the engine’s pistons can cover more than 950 km/h. That’s about as fast as your standard domestic commercial aircraft. Each piston outpaces those found in today’s Formula 1 cars.

The 90° 5.2-litre V10 Fuel Stratified Injection (FSI) engine was born from the necessity that its performance exceeded the greatest expectations of a supercar customer while still providing refinement and smoothness. Its FSI system was refined through development in Audi’s original Le Mans endurance cars. 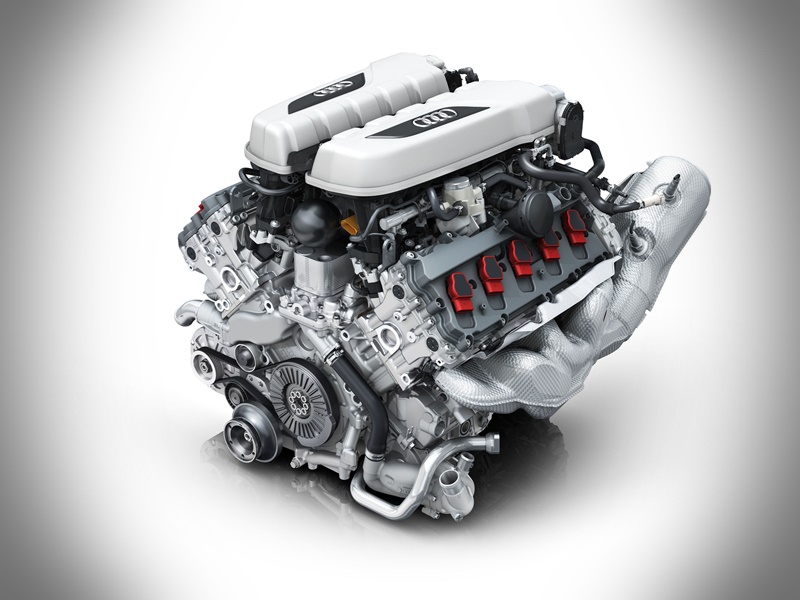 Compared with a V8 engine of similar size, the V10 has smaller, lighter pistons, allowing it to rev more freely. Compared with a V12, it has fewer moving parts, reducing complexity and internal friction.

The V10 engine went into production in 2009, initially making 525 ps and serving as a higher engine option for the R8. Like the entry 4.2-litre V8 engine at the time, which made 420 ps, it was developed by what is now Audi Sport GmbH, the performance sub-brand of Audi. 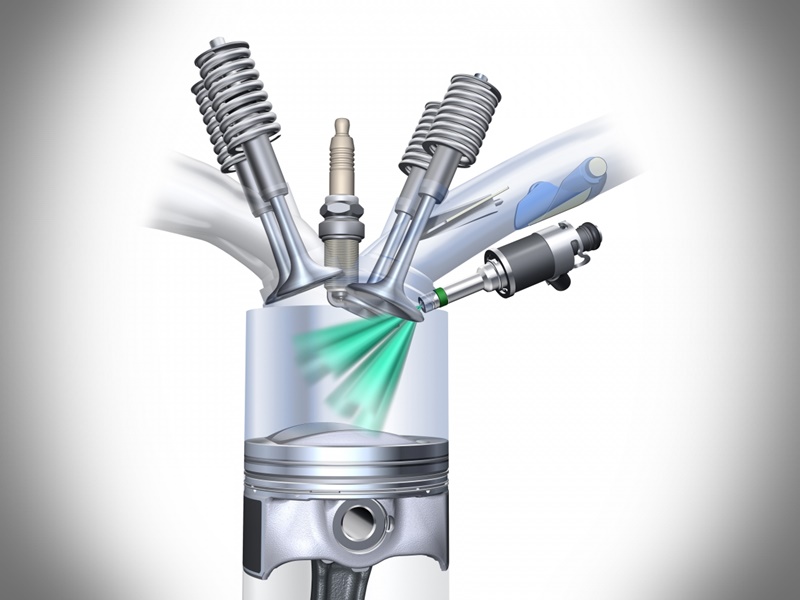 Like the V8 of the era, the basis of the V10 engine could be found in other Audi models, such as the S6 and S8 sedans. Unlike its sedan counterparts, however, the V10 in the R8 had a different engine crank, designed for a lighter weight, freer-revving engine and adopted dry-sump oil lubrication, which eliminated the need for a traditional oil pan.

In its place, the R8 had and continues to have a baffle plate below the engine that collects outgoing oil and serves as a reservoir for cycling oil through the engine. The oil pump module consists of a suction and feed pump for filling the oil reservoir and a suction and pressure pump for supplying oil to the engine.

This allowed engineers to mount the engine lower, which drops the centre of gravity of the car. It also allows the engine to withstand higher lateral forces as the oil pump will never be starved from cornering too aggressively. An oil cooler is run from the left-side air intake blade to keep the engine running cooler.

The dry-sump lubrication system is identical from the road-going R8 to the R8 LMS GT3 racing car, which can see much higher G-forces on tracks like Daytona and the Nurburgring due to extreme banking, slick tyres and aerodynamic changes increasing downforce. 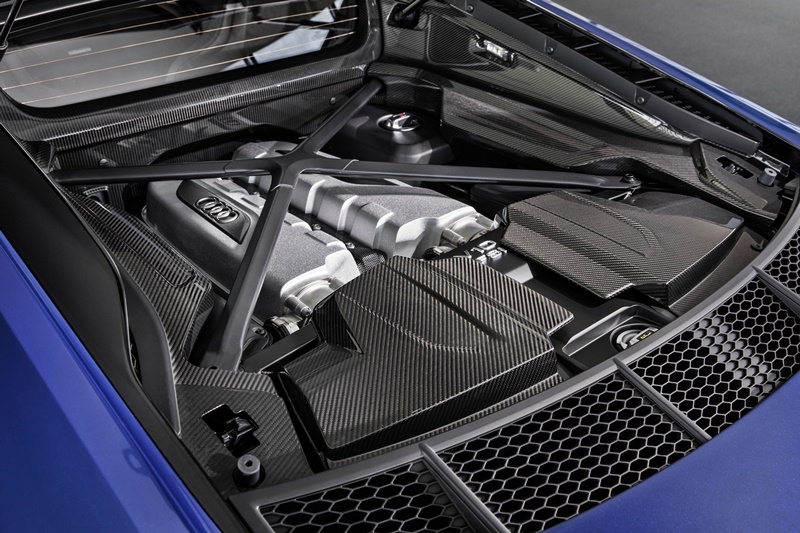 Extensively re-engineered from the first to the second generation, the current R8 V10 performance engine still retains 40 valves (two intake and two exhaust valves per cylinder), but its springs and the roller-type rocker arms are now made of ultralight and ultra-high-strength titanium, versus steel alloys in previous applications, among other modifications.

The latest V10 also features cylinder on demand (COD) technology, which also contributes to the engine’s efficiency. Under low to intermediate load conditions – when one of the four upper gears is engaged – it shuts down the cylinders of one bank by deactivating their injection and ignition processes. The driver does not notice the transition; at stronger acceleration, the cylinder bank is activated again immediately.