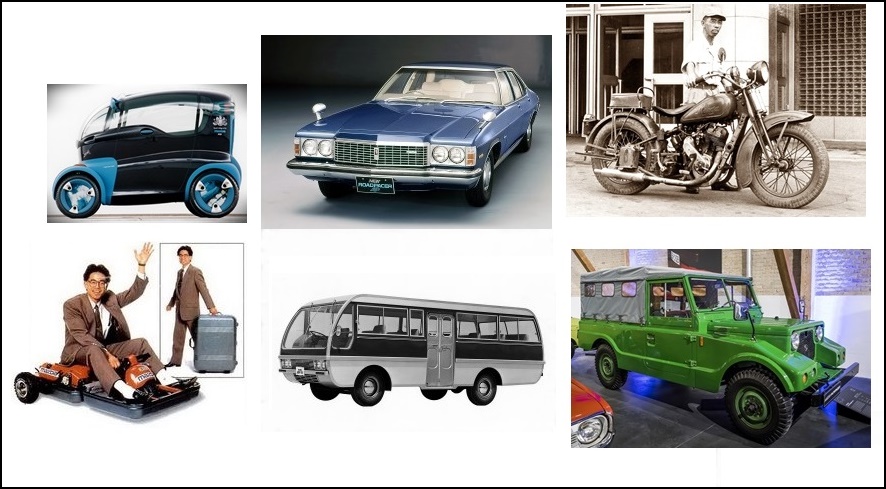 In the 100 years that Mazda has been in business, a large part of it making automobiles, numerous models have been created out of the engineering ingenuity and convention defying spirit that is in the brand’s DNA. While the public has seen the successful models around the world, there were also unusual and little-known vehicles the company produced. Some were unique concepts or long-forgotten prototypes or even a rare production car that was available in a small volume.

Away from the famous and significant coupes, saloons, sportscars, family cars, commercial vehicles and roadsters Mazda has become famous for, there’s a hidden story of the projects forgotten by time. Here are some of the Mazdas you’ve never heard of.

The progression from cork to cars via three-wheeled trikes like the 1931 Mazda Go is relatively well known but before this, Mazda produced a prototype motorcycle as well. Toyo Kogyo, as Mazda was then known, wanted to build a domestic Japanese bike and began development of a prototype in 1929. A 250 cc 2-stroke prototype motorbike was completed in October 1930 and to everyone’s surprise, it won its first race beating a British-made Ariel, which were one of the most-popular bike brands in the 1930s and well-respected in Japan.

Toyo Kogyo went on to produce 30 more motorcycles in 1930 but commercially, the company took the decision to instead focus attention on developing the practical Mazda Go three-wheeler, setting the company on the road to success in automobiles rather than motorbikes, and leaving Mazda’s flirtation with motorbikes as a small snippet in its history.

Mazda’s very first car actually never made it beyond the gestation period. In 1940, the company built a small 2-door prototype car called the ‘PKW’ but the onset of World War II prevented it from reaching production. Mazda’s post-war reconstruction instead focused on the production of the Type GA and Type GB 3-wheeled trucks.

Amongst these successful and popular 3-wheeled trucks, Mazda also produced another one of its little-known four-wheeled pioneers: the Type-CA 1-ton 4-wheeled truck. This had a small open-sided canvas roofed, split-screen open-decked truck that bore some resemblance to the Willys Jeep. It predated Mazda’s first production car the R360 Coupe by 10 years and wasn’t as famous as Mazda’s 3-wheeled trucks.

The 1960 R360 was Mazda’s first car and over time, its vehicle range kept expanding to include commercial vans, pick-ups and light trucks. In fact, at the time the R360 appeared, Mazda also sold its first bus, a 13-seater based on the D1500 cab-over compact truck, to the Japanese Defence Agency. The interior was flexible enough that, with the seats folded, it could transport injured soldiers on stretchers. The D1500 bus was exported to the Middle East with centre-opening ‘freestyle doors’ at the back that enhanced its usability as an ambulance.

Mazda’s first bus for general public use was the 25-seater Mazda Light Bus Type-A of 1965. Based on a concept shown at the 1964 Tokyo Motor Show, with its huge curved laminated safety glass windscreen and futuristic styling, it was a world away from the traditional buses found in Europe in the 1960s. Into the 1970s, Mazda continued to produce upscale mini-buses using the Parkway model name and in 1974, even introduced the world’s first rotary engine-powered bus: the Parkway 26.

The 1974 Mazda CVS Personal Car Concept showed how Mazda looked ahead to transportation possibilities outside the realm of driver-controlled vehicles. ‘CVS’ stood for Computer-controlled Vehicle System, and the CVS was a wheel at each corner with sliding doors and a spacious interior including big leather chairs and even a telephone! Tested on a Mazda-designed rail track, this self-driving pod looked like futuristic fantasy in 1973. Today, though, it may be less unusual as it resembles the transit carriages you see at airports. 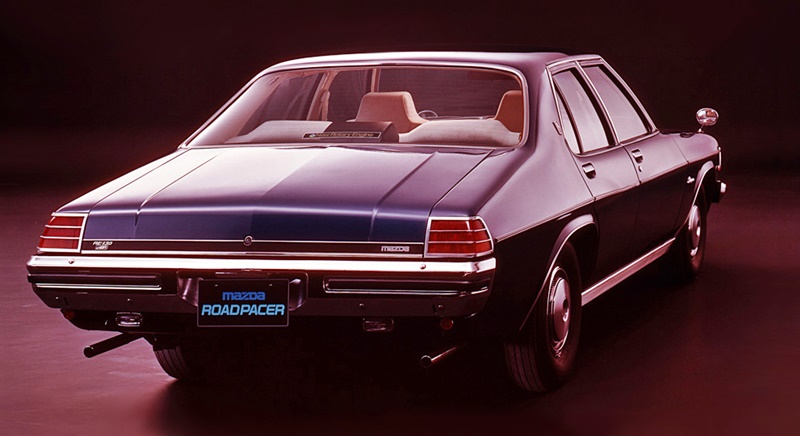 In the 1970s, although the Japanese brands were known outside Japan for the small and fuel-efficient cars, they also had larger models which were mostly sold in the domestic market. These were models such as the Toyota Century, Nissan President and Isuzu Statesman De Ville. Mazda decided it too would offer a large model which could be used by Japanese government officials.

This saw the development of the Road Pacer AP, which had a completely different look from the usual Mazda models. That was because the model was adapted from the GM-Holden HJ Premier sedan sold in Australia. The huge car bodies were shipped from Australia to Japan without engines whereupon Mazda fitted its compact 135 ps 13B rotary engine within the cavernous bay.

Launched in 1975, the Road Pacer AP featured luxuries such as speed-related central locking and even had a dictation machine! Only sold in Japan, just 800 were produced between 1975 and 1977.

The CX-5 is a highly successful Mazda SUV today but largely unknown to the rest of the world, the company also produced a traditional 4×4 SUV that was exclusively assembled and sold in Burma. Called the Pathfinder, it was a rugged off-roader popular with the military and police. It was powered by a 90 ps engine and could carry up to 9 people. A few can still be seen on the roads of Myanmar today.

Even stranger than the Burmese built off-roader, futuristic bus or the Holden-based limousine is the 1991 Suitcase Car. The development of a functioning car built into a piece of luggage came about thanks to the 1991 ‘Fantasy Yard’ event. This was an inter-departmental contest to see which group of Mazda employees could come up with the most innovative and creative solution to produce a moving machine. 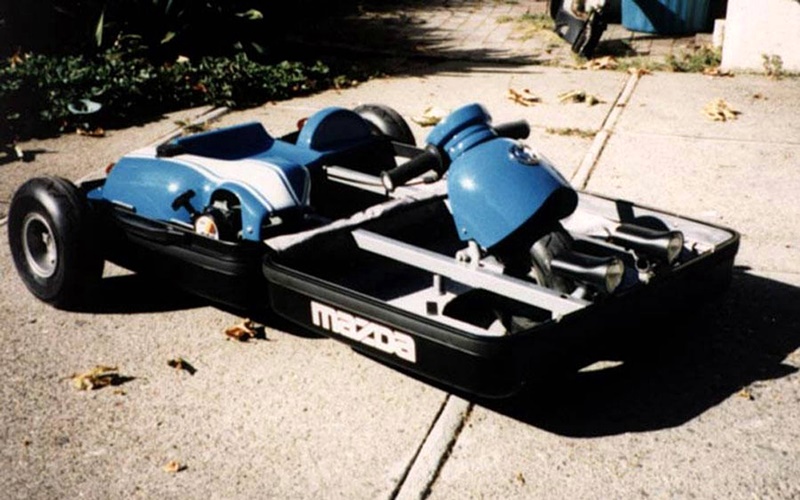 A group of 7 engineers from Mazda’s manual transmission testing and research group purchased the largest Samsonite suitcase they could find and a quarter-size pocket motorbike and set to work on their idea. The 33.6 cc 2-stroke engine, handlebars from the minibike were fitted into the suitcase, with the rear wheels slotted onto the outside of the case, while the front wheel would pop through a removable hatch in the front.

The suitcase car took just minutes to assemble and had a top speed of about 30 km/h. While the original prototype was accidentally destroyed just a few months after the event, one Mazda suitcase car still remains in existence. 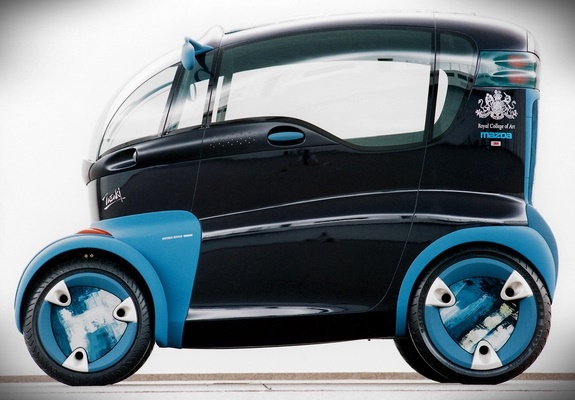 At Mazda, design has a strong focus as it is a key selling feature of the brand. The freedom of thinking for engineers and designers once led to a collaboration with the London Royal College of Art in 1993 to sponsor a design project. This called for a taxi concept for a future where space would restrict vehicle size. While not an official Mazda concept, Mazda assisted by building the prototype, which was a futuristic looking narrow-track pod shaped minicar that was 20 years ahead of its time.

If you are in Japan and visit Hiroshima, the Mazda Museum at the company’s sprawling complex would be worth a visit. You’ll be able to see many of the rare models mentioned and more. It’s presently closed due to precautions relating to the COVID-19 pandemic but will surely be open again in future when the situation improves.

Visit www.mazda.com.my to know more about the Mazda models you can buy in Malaysia.

LOOKING BACK: When Mazda made the first and only rotary pick-up truck in the world 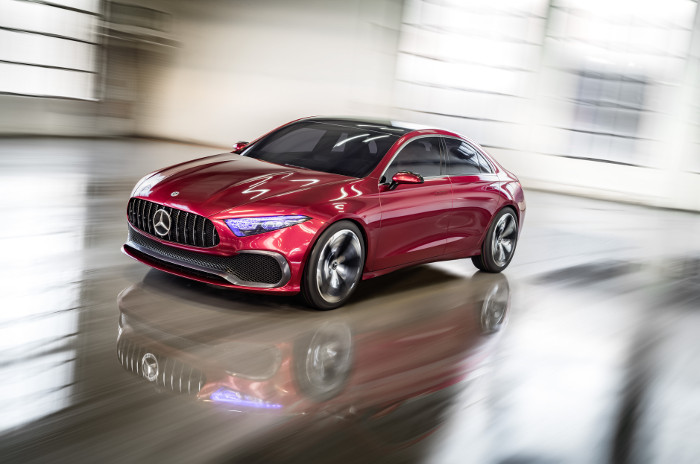 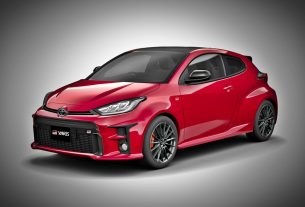 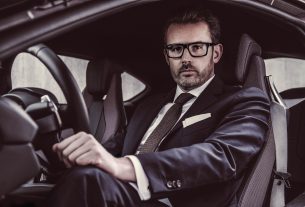