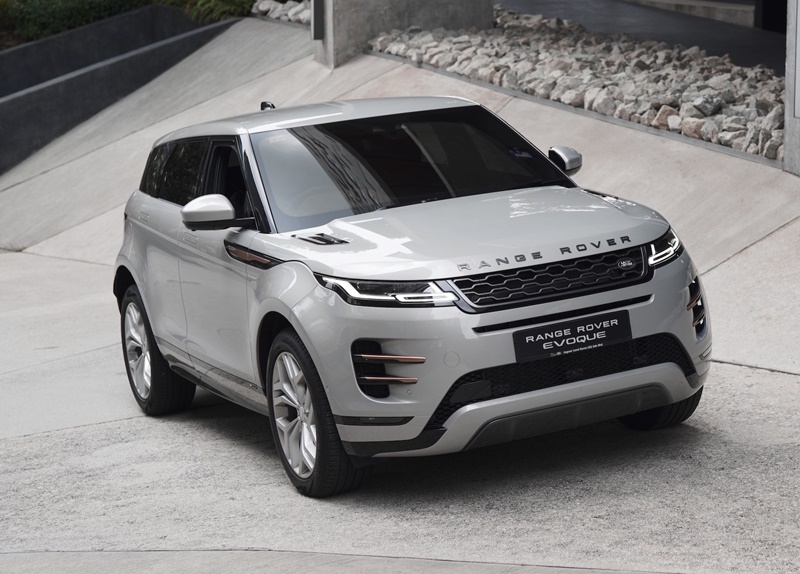 Ever since businesses resumed their operations, they seem to be catching up with lost time and new models are being quickly launched. Now they can do it faster since there is no need to find a venue and organise all the ‘song and dance’ routine because they can do it online.

The latest to use the online channel for launching a new model is Jaguar Land Rover Malaysia (JLRM) which today officially launched the new 2020 Range Rover Evoque. Two variants of the luxury compact SUV are available – Evoque and Evoque R-Dynamic – with prices from RM426,828 and RM475,398, respectively (inclusive of 5% sales tax exemption but excluding registration fees, insurance premium and roadtax). 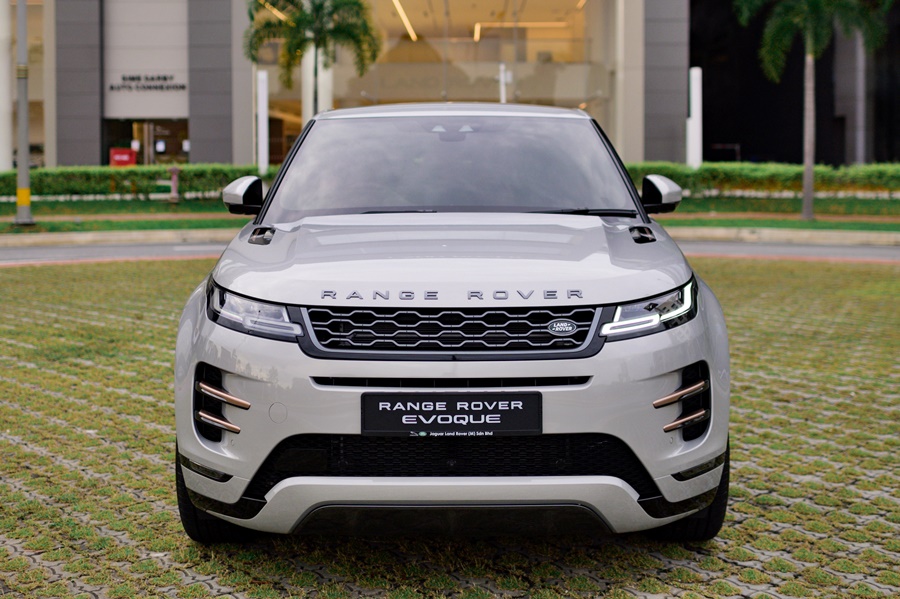 In conjunction with the Malaysian launch, JLRM is also offering RM3,000 worth of accessory vouchers (for a limited time only) that can be used to purchase original Evoque accessories. The accessories come with a 5-year warranty.

The Evoque is in its second generation which was launched in 2018 and the latest one has received cosmetic and functional updates. The design remains instantly recognisable, a sophisticated evolution of the original’s distinctive coupe-like silhouette. 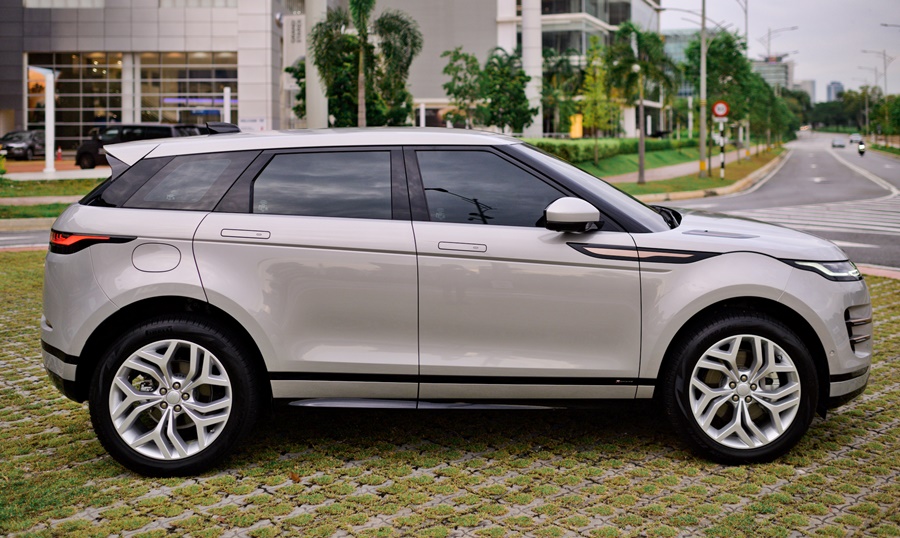 The R-Dynamic variant features more exterior enhancements such as burnished copper accents on the front and rear bumpers, as well as front fender inserts.

Both variants come with a new 2- litre Ingenium turbocharged petrol engine and a 9-speed automatic transmission. The twin scroll turbocharged engine comes in two states of tune: for the Evoque, the output is 200 ps/320 Nm while for the R-Dynamic variant, it’s 249 ps/365 Nm.

The technical updates
Most of the updates are on the technical aspects, starting with the All-Wheel Drive (AWD) system having Driveline Disconnect technology. Standard for both variants, the system allows the driver to fully disengage drive to the rear wheels when cruising to reduce frictional losses. When conditions require additional traction or stability, the system will  seamlessly re-engage in a fraction of a second. 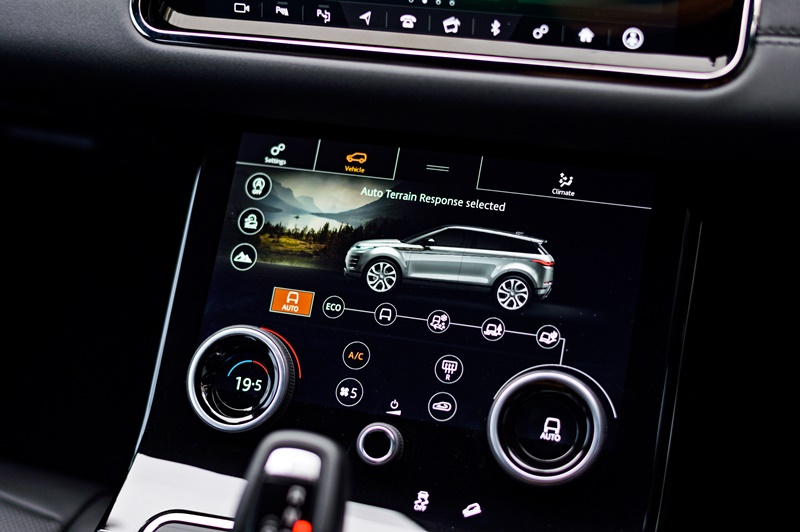 For more challenging conditions, the Terrain Response 2 system (standard as well) is engaged to automatically adjust the vehicle’s driving characteristics to match surface conditions. Flooded roads won’t stop the Evoque either as it is claimed to have the best-in-class wading depth of 600 mm. 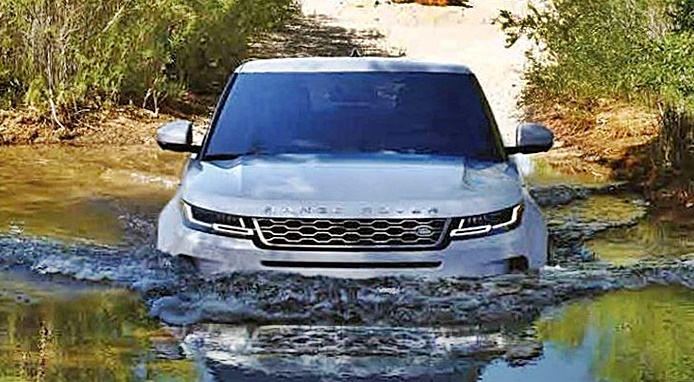 Advanced visibility technologies
With the R-Dynamic variant, there is the segment’s first ‘ClearSight Rear View Mirror’ that transforms into a high-definition (HD) video screen when activated. If rear visibility is compromised by passengers or bulky items, the driver can flip a switch located on the underside of the mirror to activate a camera feed from the top of the car to display the back end of the vehicle in crisp high definition. The camera has a 50-degree field of vision and superior visibility in low light.

Also exclusive for the R-Dynamic variant is the world’s first ‘ClearSight Ground View’ technology allows the driver to virtually see through the bonnet and under the front end of the vehicle. The driver can see, on the dashboard display, a 180-degree view of the ground ahead, which should be very useful on rough ground. 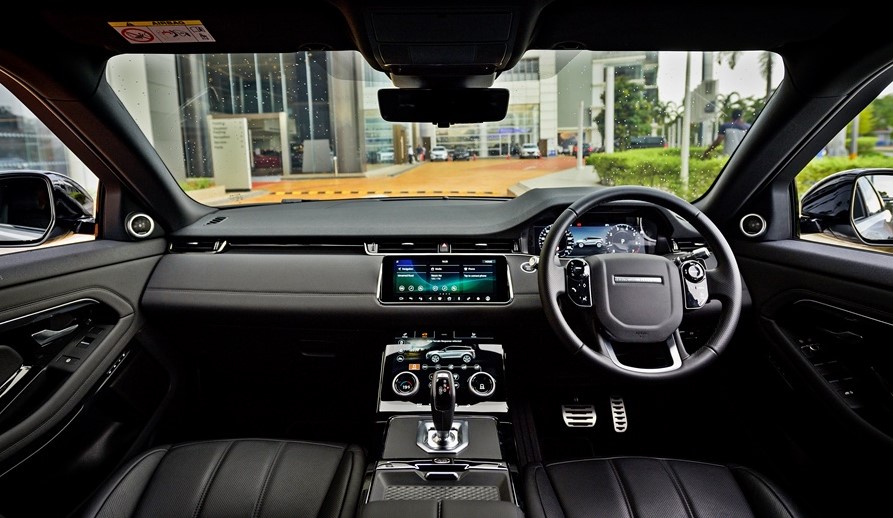 The vehicle ‘recognises’ the driver from their key fob and smartphone with the use of ‘self-learning’ technology, enabling specific seat and steering column position set up upon approach. Up to 8 driver profiles can be registered. After a few journeys, the Evoque remembers the driver’s preferred temperature settings, media preference and commonly dialled numbers, depending on the time or day of the week. 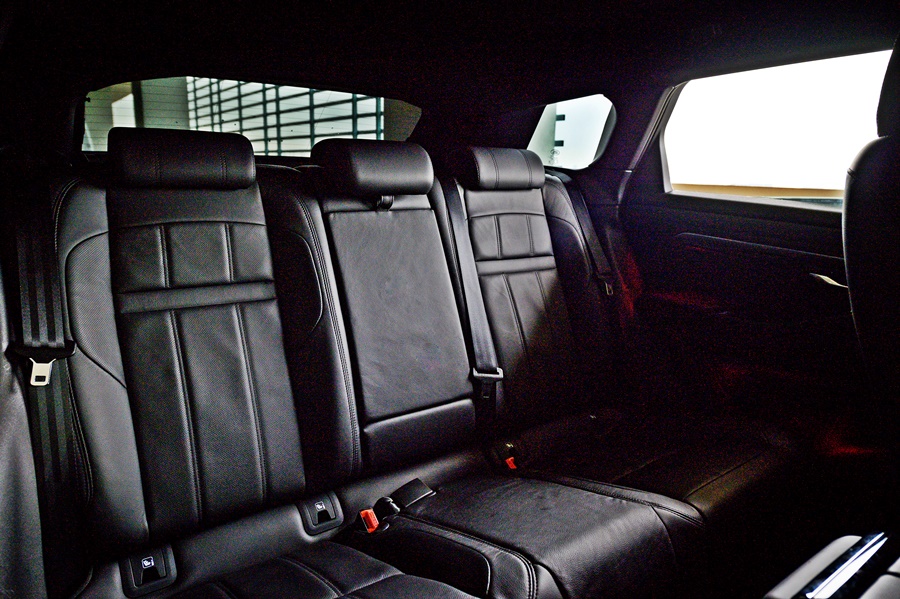 Intelligent infotainment system
Land Rover’s InControl Touch Pro Duo infotainment system is central to the vehicle’s digital interior experience. This combines two sleek 10-inch high-definition glass touchscreens and a 12.3-inch driver display panel on the instrument panel. To minimise distractions, the ‘hidden until lit’ interior is used for the state-of-the-art digital interface. A Meridian Sound System is installed in the new Evoque and this has no less than 11 speakers including a subwoofer. 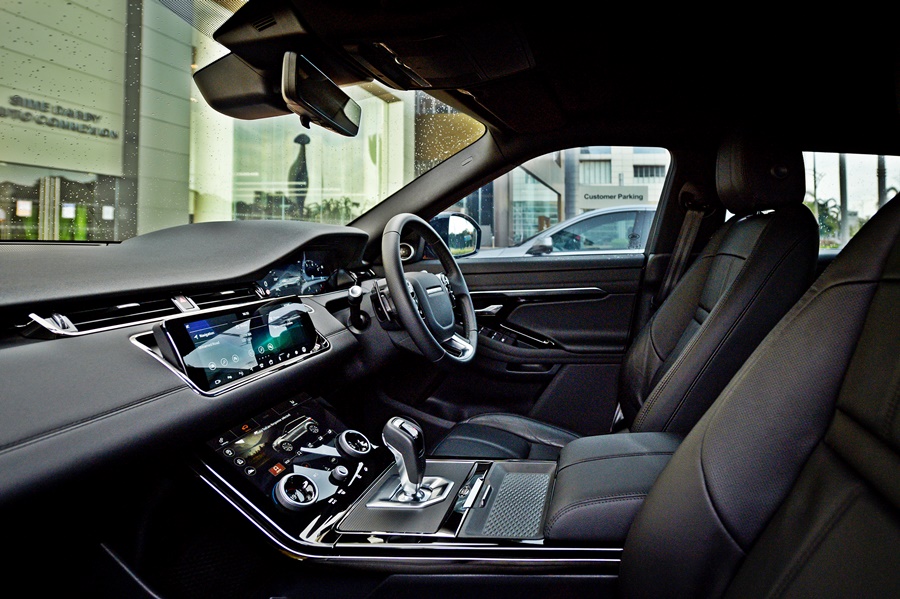 According to Nick Rogers, Executive Director, Product Engineering of Jaguar Land Rover, the Evoque is now smarter than ever. The software that sits behind the infotainment system has been refined to provide a more intuitive customer experience. “On top of that, we’ve added Apple CarPlay and Android Auto for seamless smartphone integration. Apple CarPlay connects you to your smartphone while the 4G wifi hotspot connects you to the internet,” he explained.

Additional safety systems
Lane Keep Assist is a new safety feature which helps the driver to stay in their lane by adding a necessary steering correction feature. It initiates a gentle steering input to return the vehicle to its intended position

Also added is Driver Condition Monitor technology, a safety feature that is based on the driver’s steering inputs.  Jerky, non-linear movements that are typical symptoms of a fatigued (or drunk) driver will automatically trigger an audible and visual warning from the instrument cluster. 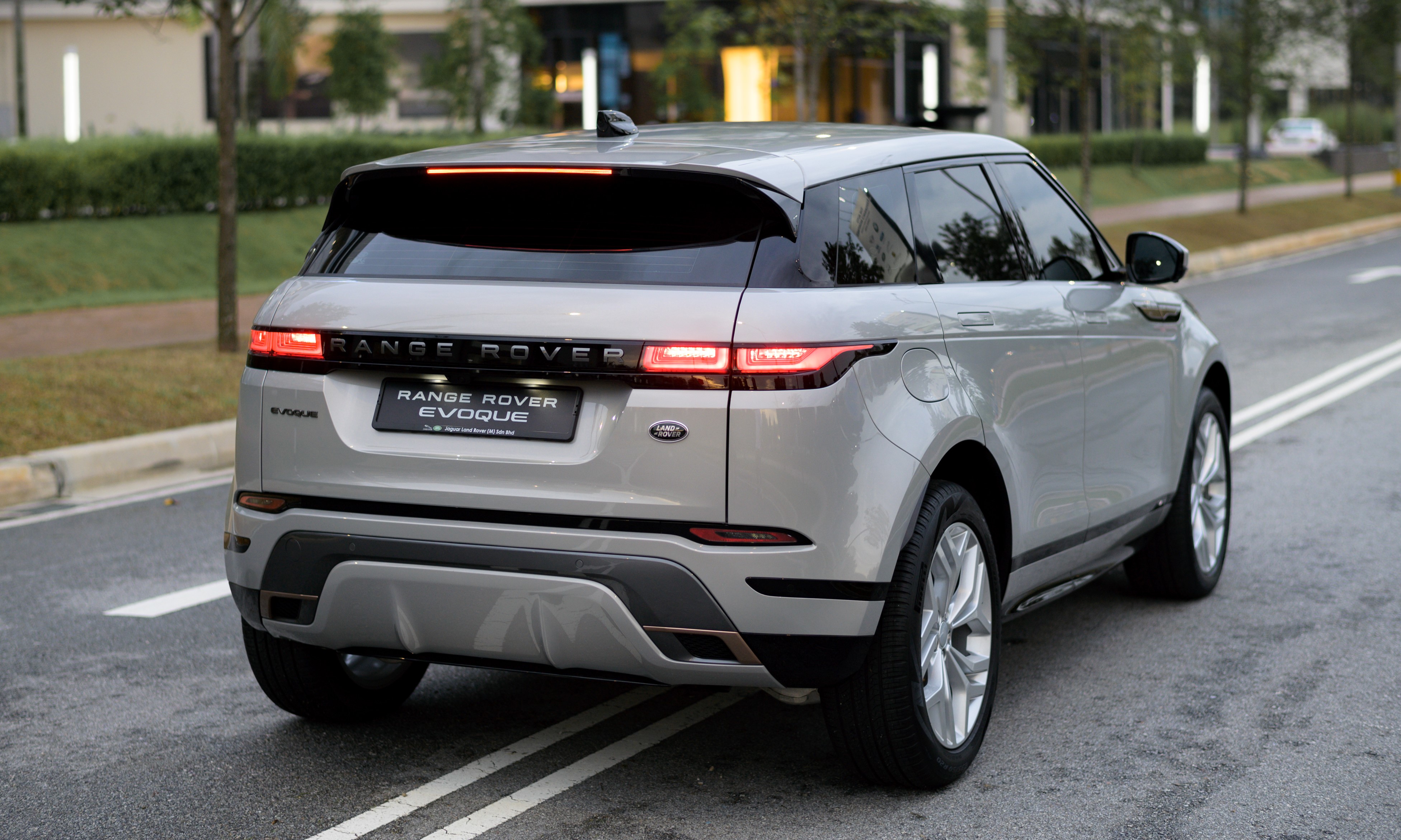 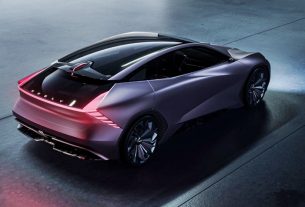 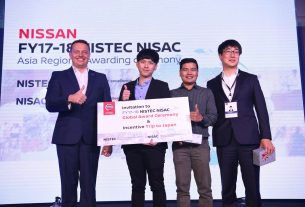 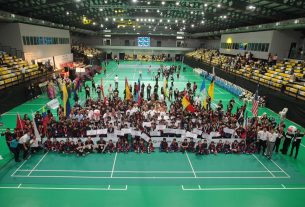