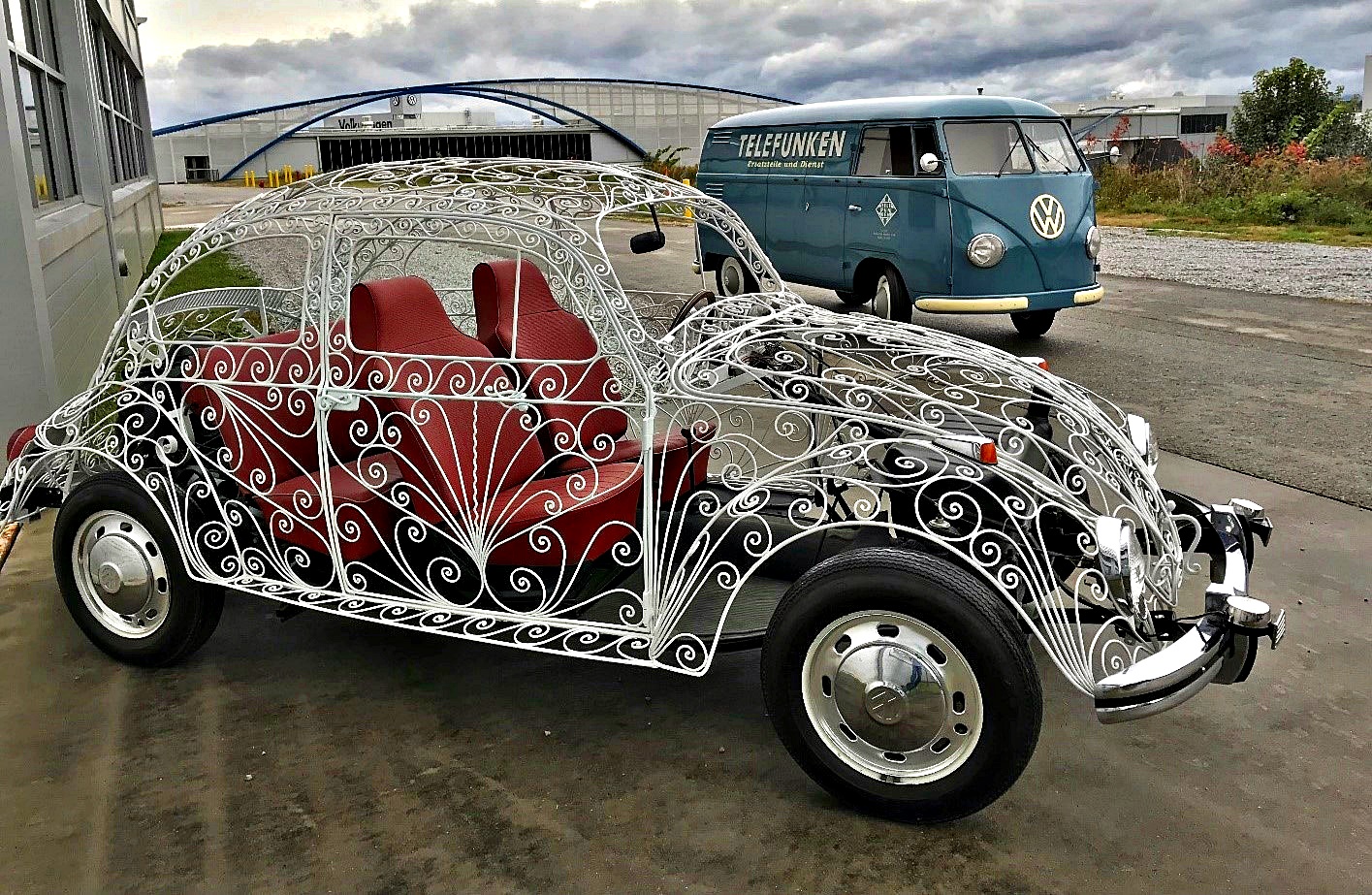 In Mexico, Rafael Esparza-Prieto created the Wedding Beetle, an enchanting white, wrought iron-bodied coachbuilt car from the 1960s. The talented welder and blacksmith in Mexico City was reportedly working at a local parts shop in 1968 when his boss asked him to create a one-of-a-kind Beetle shell to display and attract new customers. 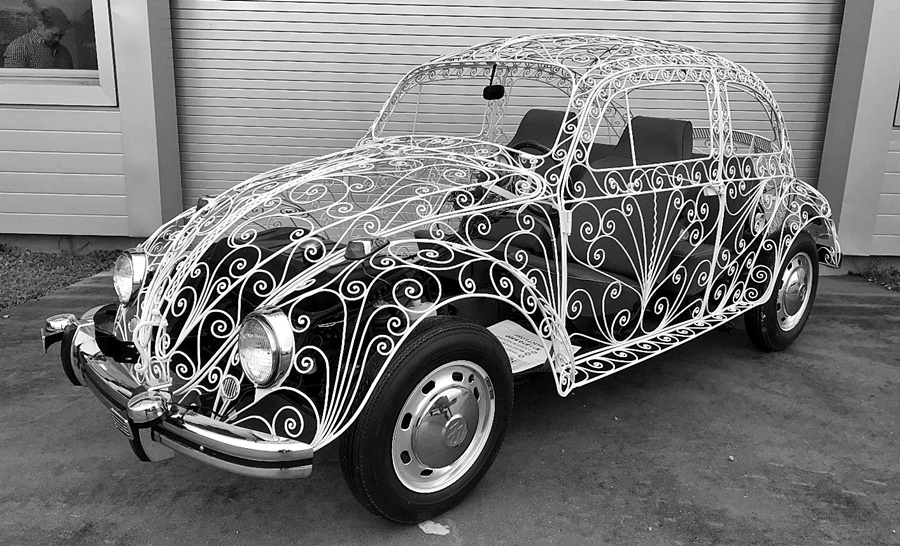 Using the Beetle as the basis, Esparza-Prieto built the skeleton of the vehicle out of white wrought iron and artistically filled in the gaps with unique floral patterns and decorative swirls. The auto store owner was so impressed with his work that he displayed the finished product on a rotating platform outside his business, where it quickly drew attention.

Even the Volkswagen executives at the newly-built Puebla plant just down the road (where new Beetles were being made daily) came to look. Impressed, Volkswagen commissioned Esparza-Prieto to make two more Wedding Beetle pieces ahead of the 1968 Olympic Games in Mexico City — and these were drivable.

The wire shell left the vehicle’s simple, yet sophisticated, mechanics fully exposed so anyone – the driver, passengers and even other vehicles on the street – could see under its ‘skin’. 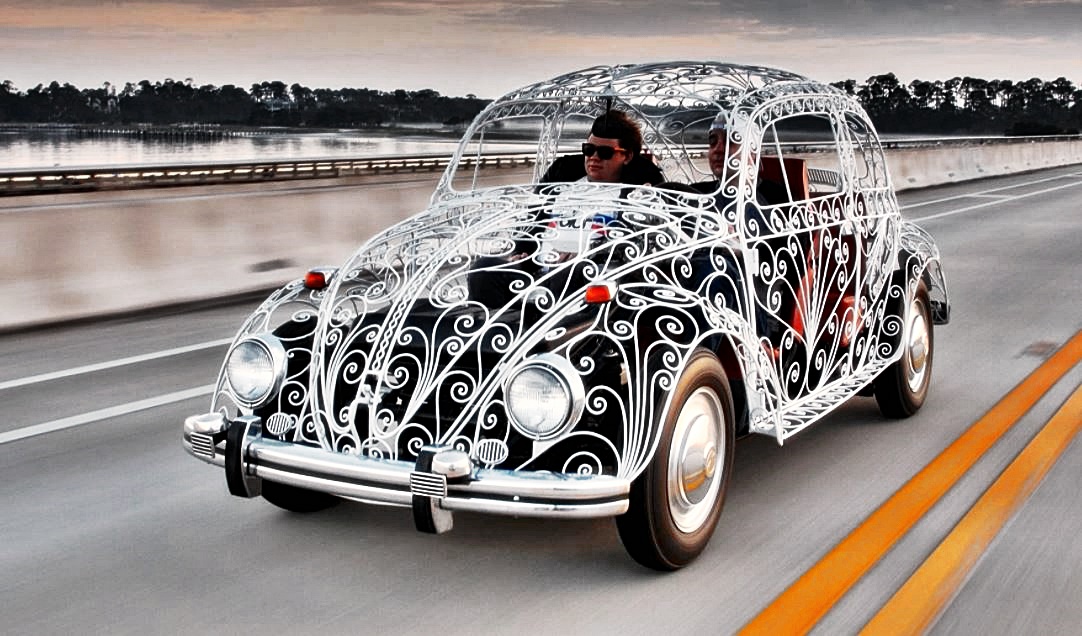 Athletes, artisans and auto enthusiasts from around the world admired the car. As it gained popularity at the Games, Volkswagen commissioned Esparza-Prieto to build an additional 20+ units in a similar fashion to display at different dealerships around the world. The white metal whimsical designs of the car evoked images of Cinderella’s horse-drawn carriage and the cars were loaned to happy couples as picturesque getaway cars for their special day.

After Esparza-Prieto moved to California, he built two more Wedding Beetles on his own. Along with his original creation, there are believed to be around 23 Wedding Beetles in total. Several other welders have since mimicked his work and built their own wrought iron versions of the car using different colours and patterns. 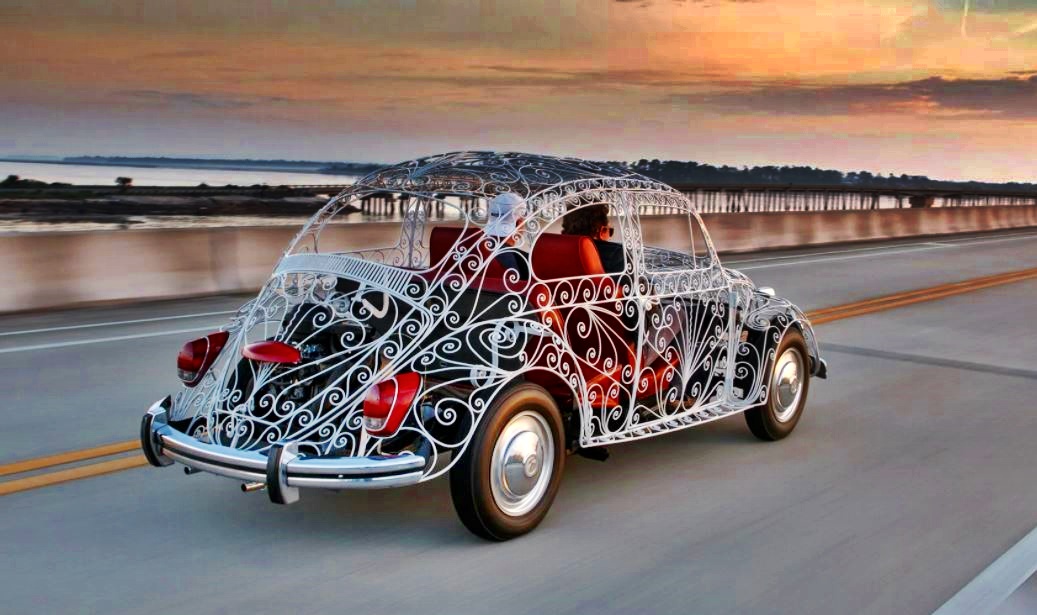 Highly sought-after by collectors, these artistic cars are often used for post-wedding photoshoots. As there is no windscreen or sheet metal to protect passengers from weather or stray pebbles, they are not suitable for everyday use (and would not be road-legal anyway). But the Wedding Beetle created by Esparza-Prieto over 50 years ago still does what it was intended to do: make people stop and stare. 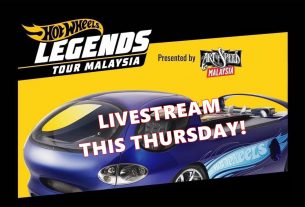 3rd Hot Wheels Legends Tour to be livestreamed this Thursday 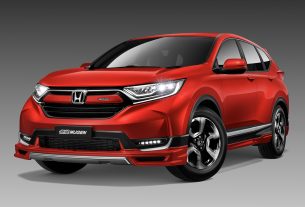 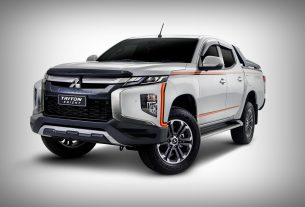