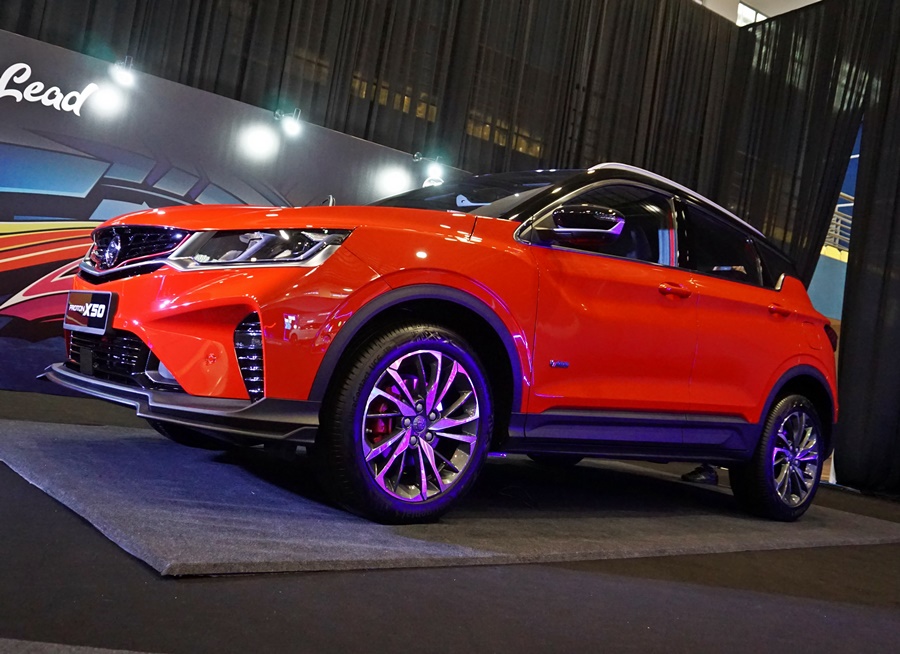 Three years after the Zhejiang Geely Holding Group (Geely) took on a 49.9% equity in Proton, the carmaker is about to launch a second brand new model – the X50. Like the X70, it is also a SUV, catering to the most active segment globally.

It is also a model adapted from one which Geely developed and launched in August 2018 – the Binyue (Coolray outside China) – like the X70, which is why Proton can get completely new models into the market in such a short time. Normally, a new model would take a few years to develop but adapting from an existing model means the main time-consuming (and expensive) engineering work has been done already.

However, just as in the case of the X70 (known as the Boyue in China), a Proton version was not merely doing cosmetic changes and putting a different brand badge on. Until Proton launched the X70, there was no righthand drive version of the model anywhere in the world. And that meant additional engineering work which was more than just moving the steering wheel to the right side. Entirely new parts for righthand drive had to be made too, eg a different dashboard, power window switch panel, centre console, etc. 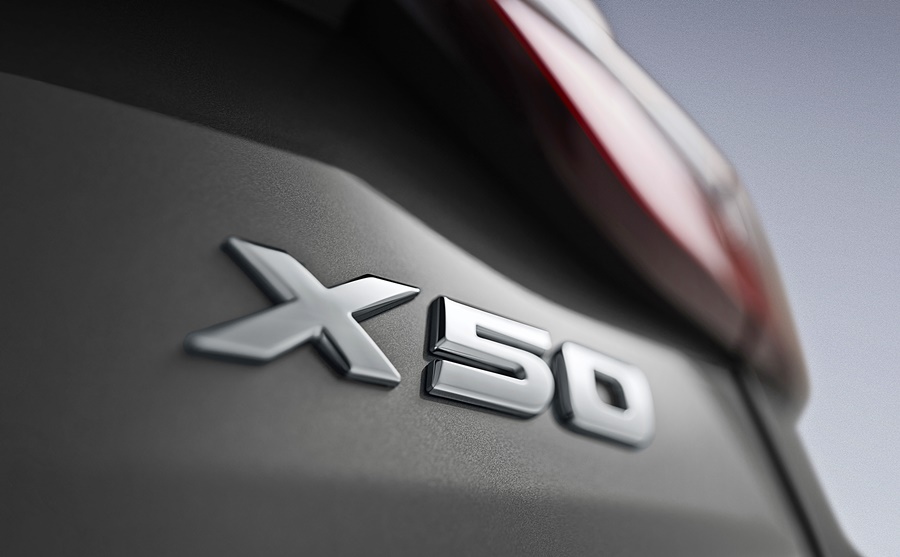 With the urgency to revive Proton and turn it around, the X70 was initially built in China and sent to Malaysia while the factory in Tg. Malim, which started operations almost 20 years ago, was renovated and improved. With that completed, X70 production was shifted to Malaysia and for the X50, Proton can start off right away making the model locally. And, like the X70 too, it will be the first (and for now, only) righthand drive version of the Binyue. 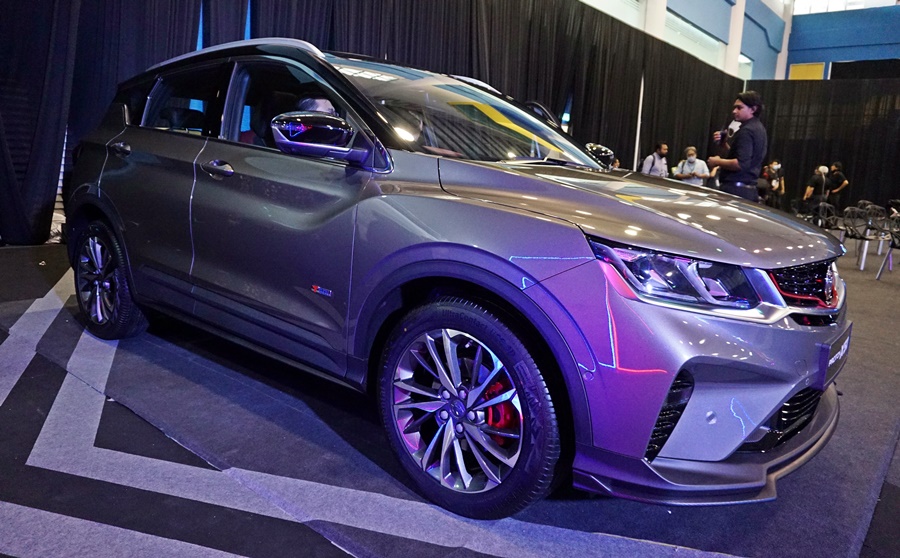 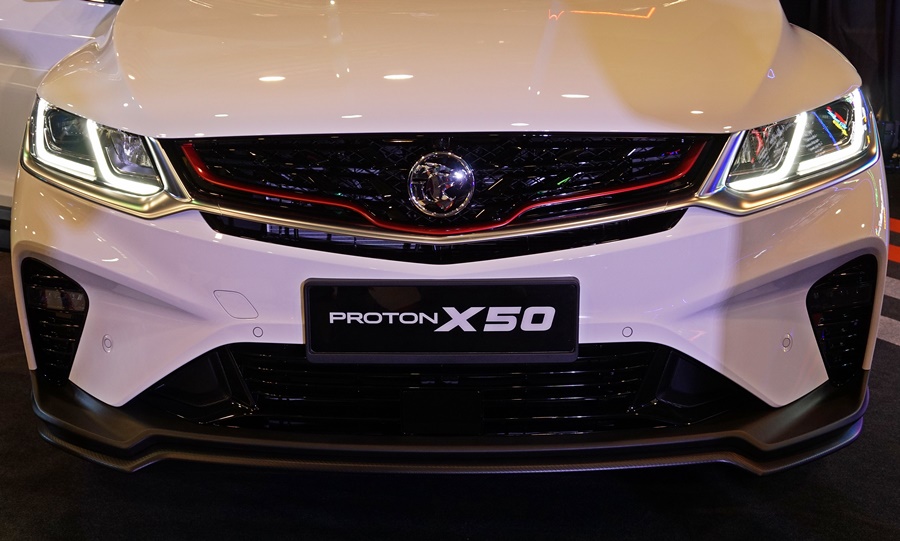 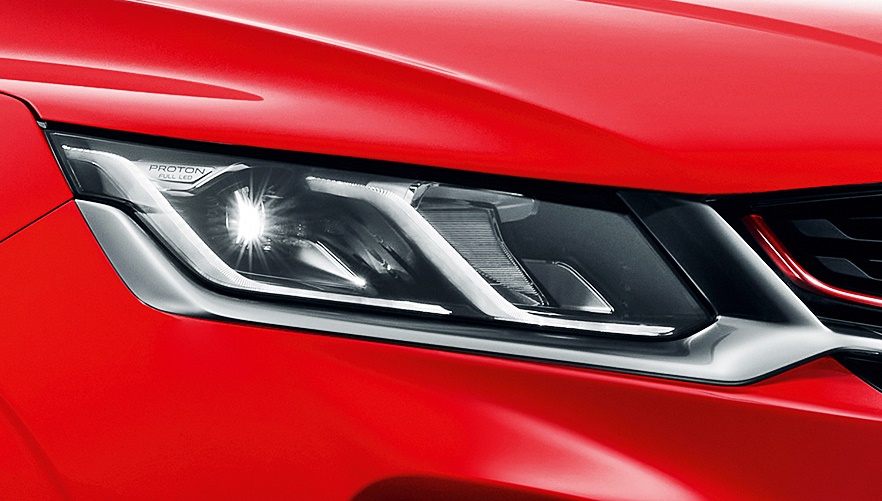 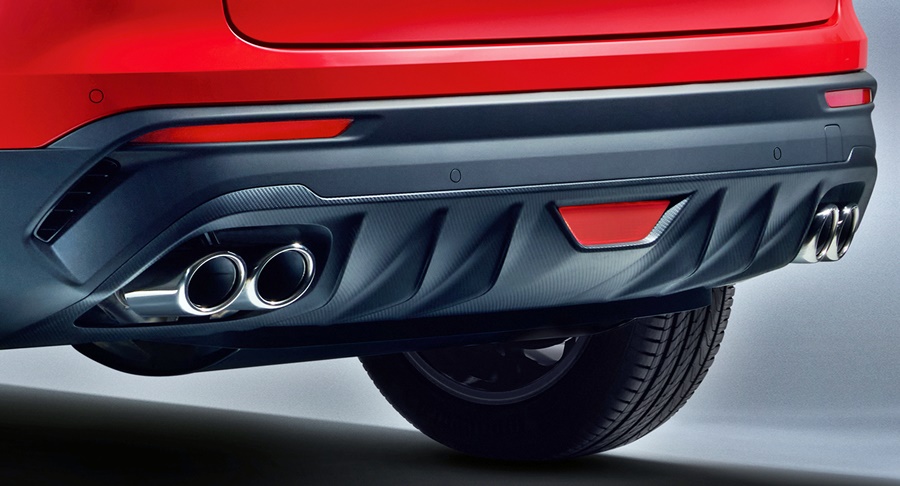 It is only to be expected that lessons learnt from developing the X70 have made the process of developing the X50 faster. For instance, Azlan Othman and his team at Proton DESIGN had to also get used to a new working culture while rushing work on the X70. With the X50, it would be safe to say they were ‘in the groove’ and also had a chance to ‘customize’ the model a bit more.

4 variants, 2 engine outputs
We don’t have the prices yet, but we do know that there will be 4 variants – Standard, Executive, Premium and, appropriately, Flagship. All of them will be powered by a 1.5-litre 3-cylinder petrol engine with turbocharging. However, the engine in the X50 1.5 TGDi Flagship will have a higher output of 177 ps/255 Nm as it has direct injection. The engine in the other three variants will have port injection and produce 150 ps/226 Nm. 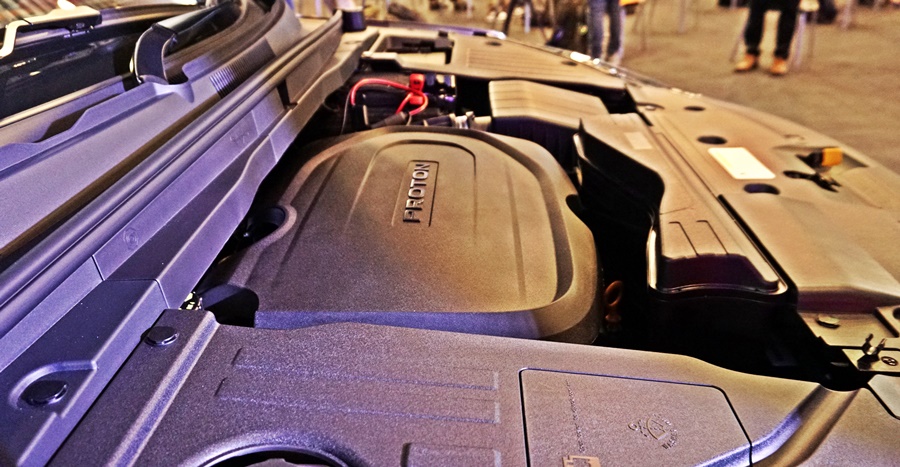 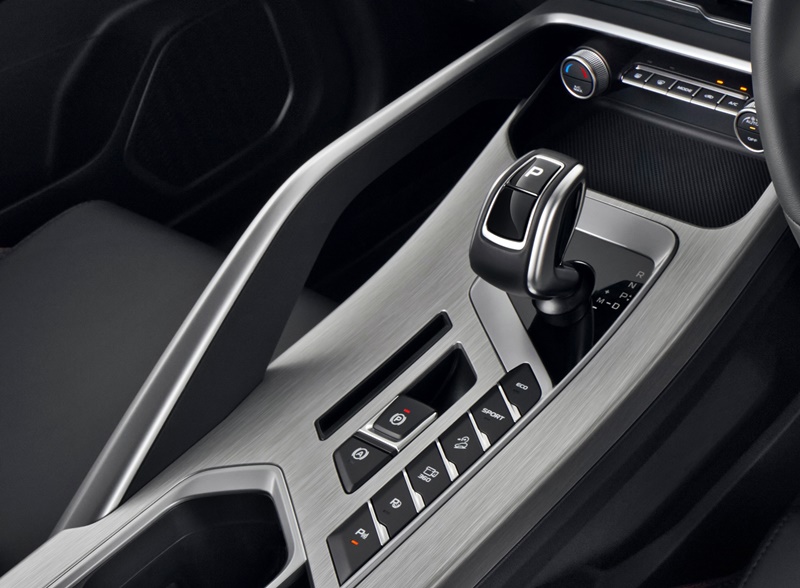 All-wheel drive (AWD) may be nice to have but the cost-vs-benefit doesn’t work well in Malaysia and in any case, most customers don’t really care. So all X50 variants have front-wheel drive only, with a 7-speed dual-clutch transmission. For those who feel AWD gives better grip and stability in the wet, that argument is less relevant with the advanced electronic stability control and traction control systems available today.

More powerful GKUI 19
And talking of electronic systems, the X50 will have a newer generation of the Geely Key User Interface, or GKUI 19. Like computers and smartphones, the processing power of the system becomes greater over time as processors evolve.  It also has a graphics processing unit (GPU) which helps in reducing demands on the main processor. 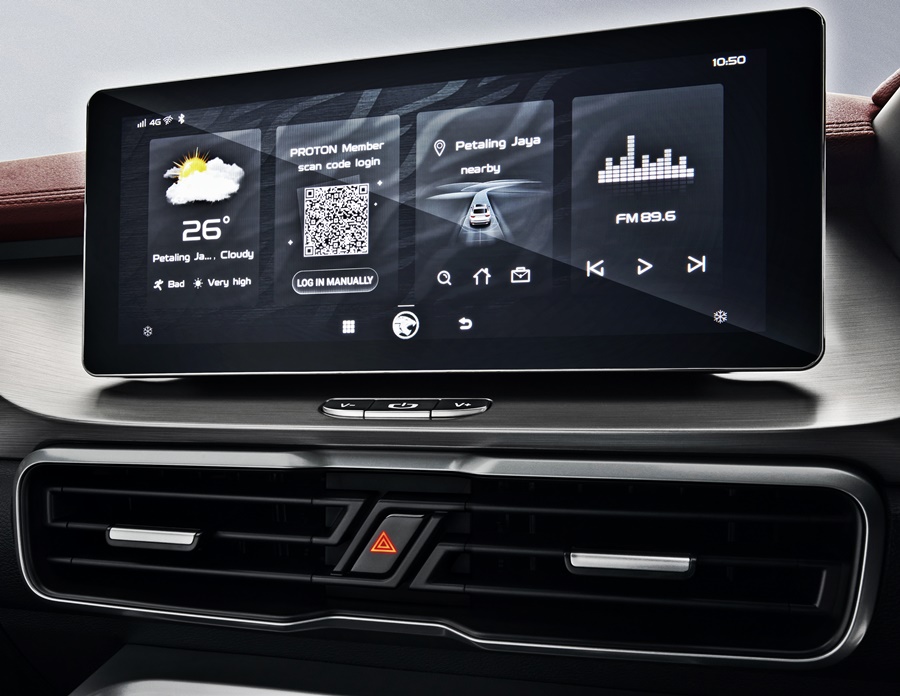 What this means to the user is more responsiveness – perhaps when ‘Hi Proton’ is said, the computer will spend less time ‘thinking’ before responding. Moving to a new generation gave the system designers a chance to revise and refine the interface, simplifying the menu structure while also offering a cleaner layout. The virtual buttons on the 10.25-inch touchscreen (8 inches for the Standard and Premium variants) are large, as they should be to make selection easier. The larger screen also has a resolution of 1920×720 px.

The navigation system in the X70 has sometimes been deficient and to partially address this, Proton has switched to a different digital mapping service. Whether it proves to be better remains to be seen when we get to test the new car. It would be good if there’s Apple CarPlay or Android Auto so smartphone apps like Waze or Google Maps can be transferred into the screen but the X50, like the X70, does not have them yet. It is, however, possible to interface using a mirroring function called QDLink. 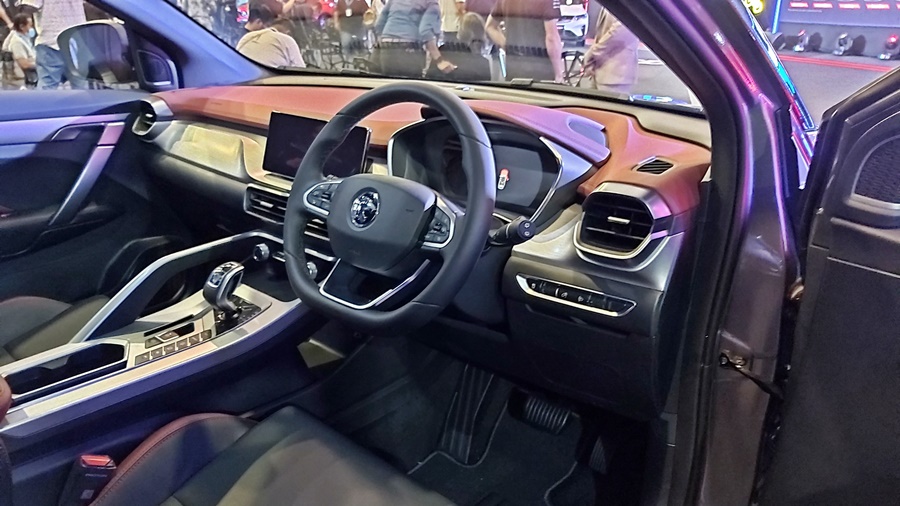 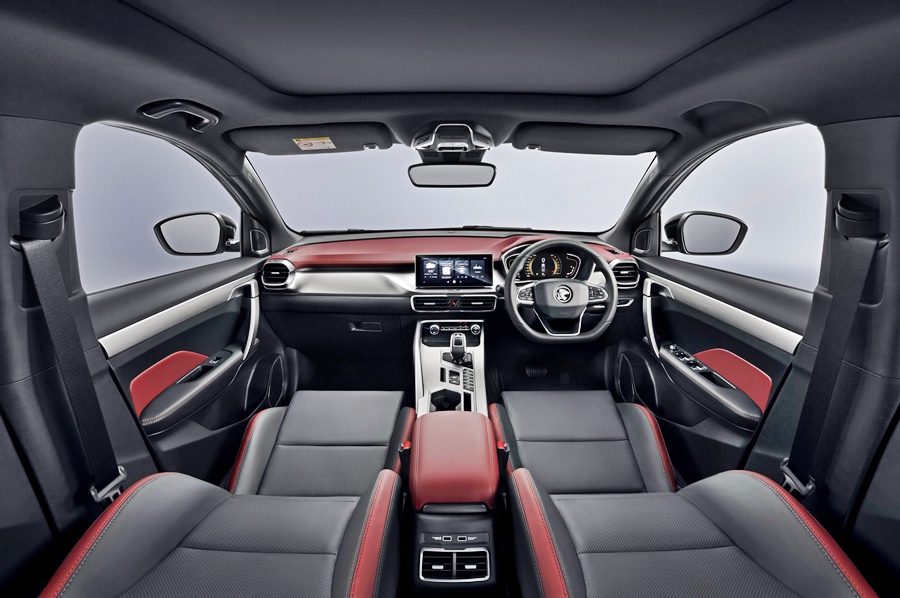 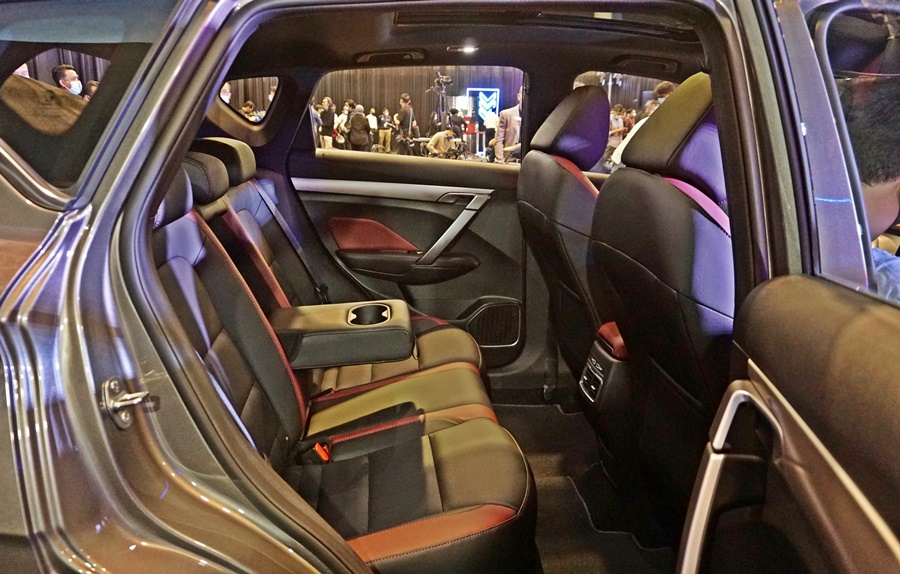 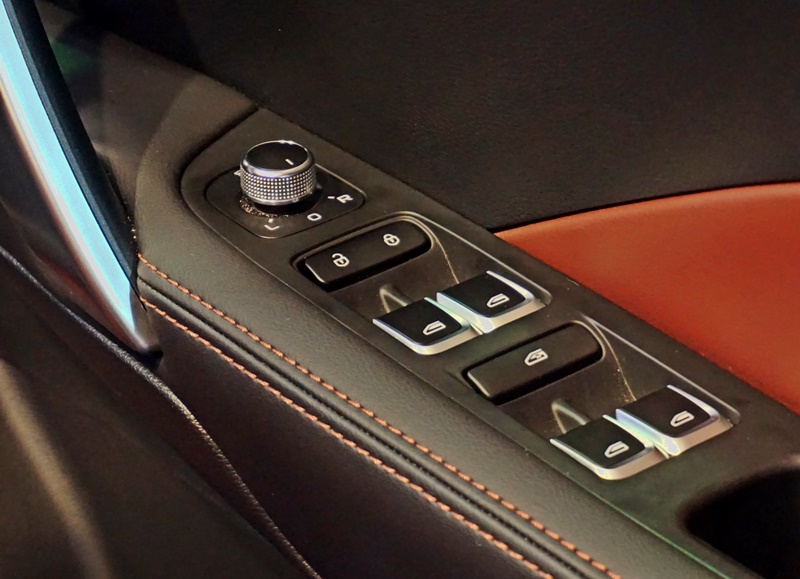 An eSIM is provided for all variants, providing the necessary connectivity to the digital world. With the Premium and Flagship variants, it is also possible to start the engine as well as the air-conditioner without being inside the car. This is done using the Proton Link app which also allows setting the desired cooling temperature.

Idling the engine wastes petrol since the car is not going anywhere. But it is necessary if you want the luxury of having a cool cabin when you get in because the air-conditioner compressor needs to be powered. So the maximum time the engine is allowed to run is 10 minutes, after which it shuts down and so does the air-conditioner. If you do get in when the engine is running, you can also move off immediately so hopefully, the locking system is secure enough otherwise someone passing by can just get in and drive off!

Safety & ADAS
ABS with EBD and Brake Assist, Electronic Stability Control, Hill-start Assist, Hill Descent Control and Reverse Camera are standard active safety systems across the range. All variants also have a minimum of 4 airbags – front and sides – as well as ISOFIX points at the rear for compatible childseats. The Premium and Flagship variants have additional window curtain airbags and the camera system gives a 360-degree top-down view, as well as a tyre pressure monitoring system. 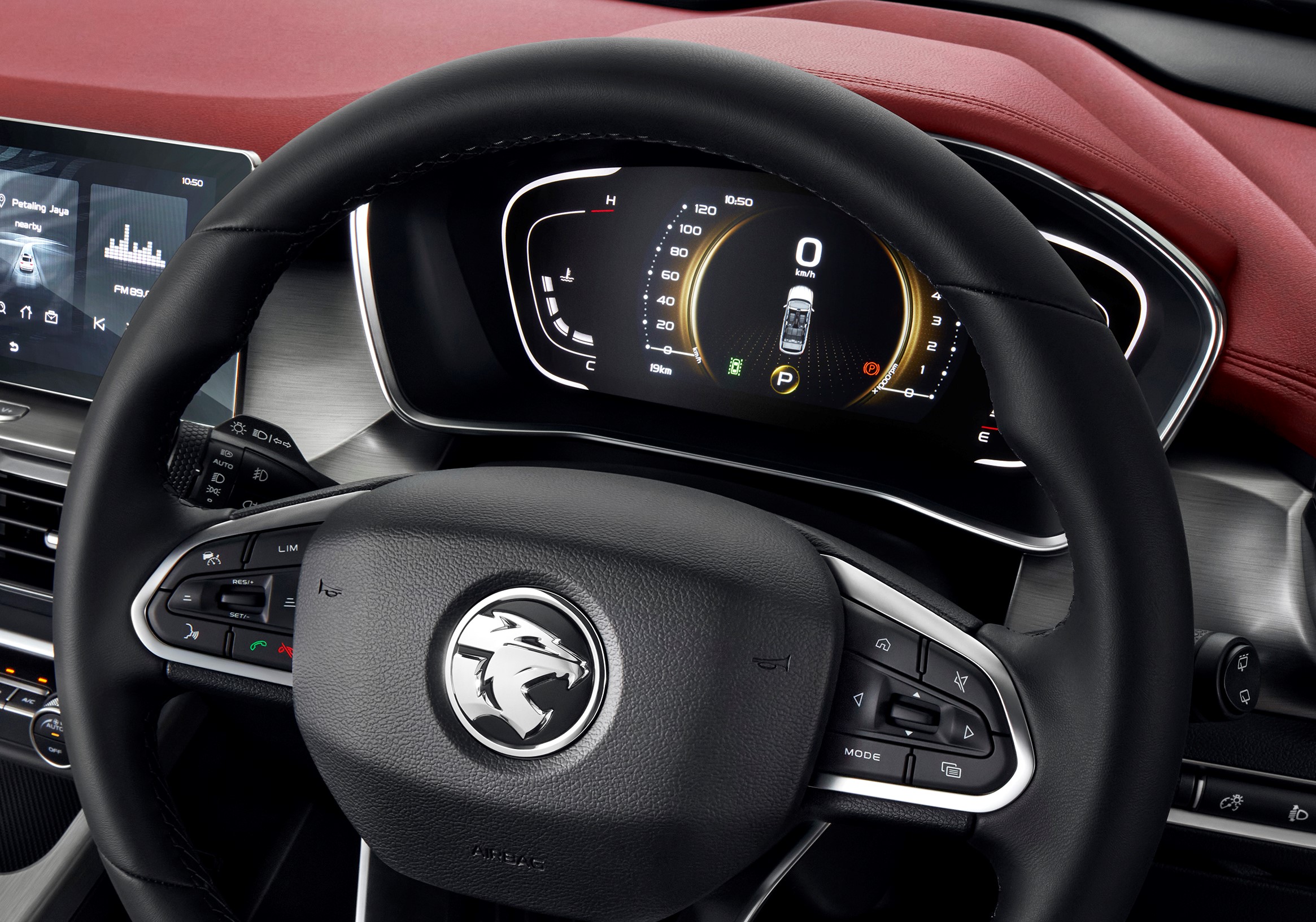 The X50 Flagship has an Advanced Driver Assistance System (ADAS) like the top version of the X70. However, the one in the new model is more advanced and can even operate with Level 2 autonomy. At this level, which is one of 5 levels, the brakes will activate automatically (if the driver does not act) if an accident is predicted as a vehicle or pedestrian are detected in front with the camera and radar.

The cruise control is also adaptive, adjusting the speed to maintain a safe gap and can even drop to standstill and resume moving in accordance with the vehicle ahead. Other ADAS features are keeping the car within a lane, automatically switching from high beam to low beam and a blind spot monitor.

The X50 Flagship can also carry park itself, which should be welcome by those who find difficulty doing so. It’s an amazing system which uses the sensors around the body to position the car and all the driver has to do is work the accelerator pedal. Once this feature become standard in all vehicles, there won’t be a need for parking skill when taking a driving test!

Feature differences of each variant
The list of main differentiating features in each variant are shown below and you get 6 body colours to choose from. 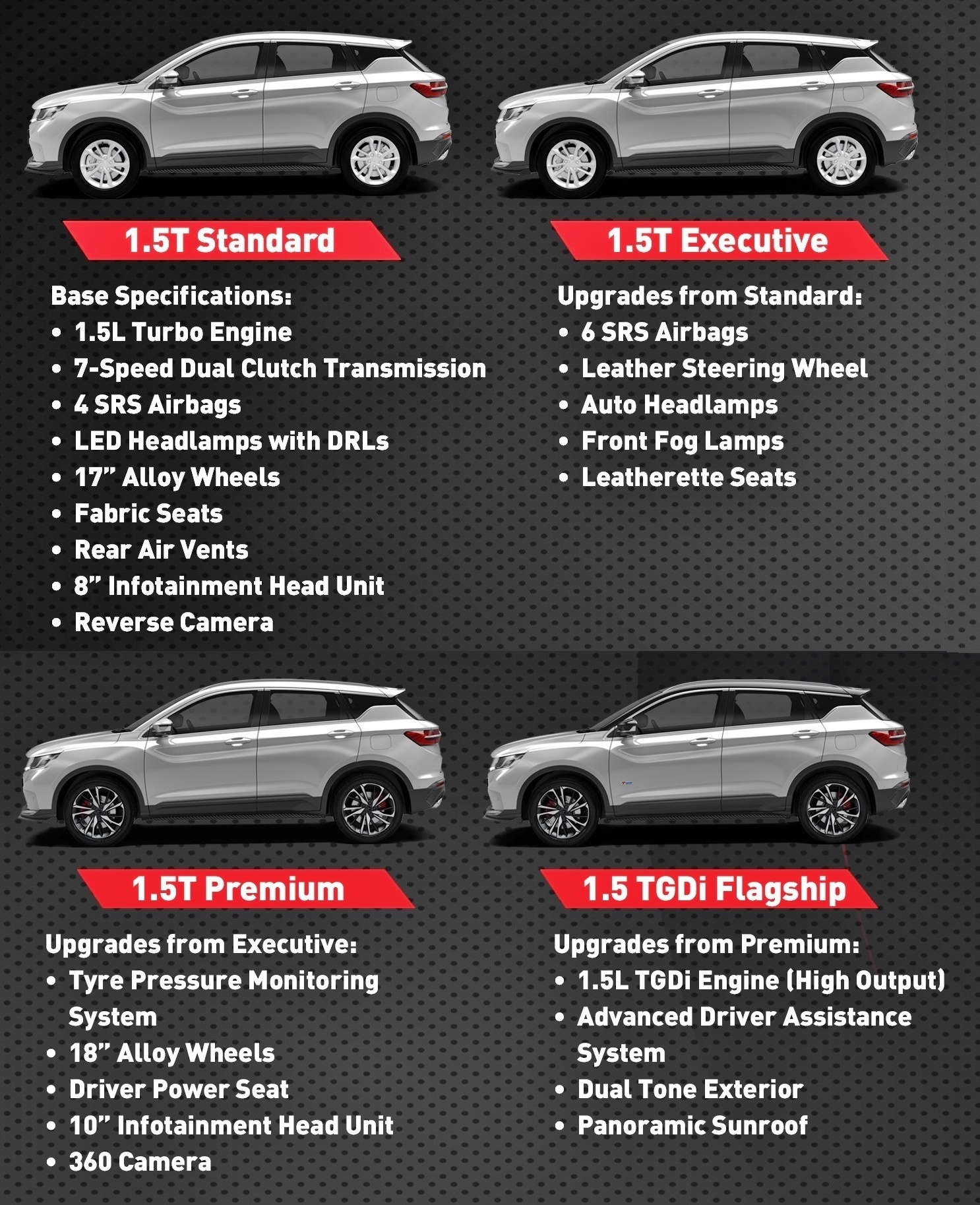 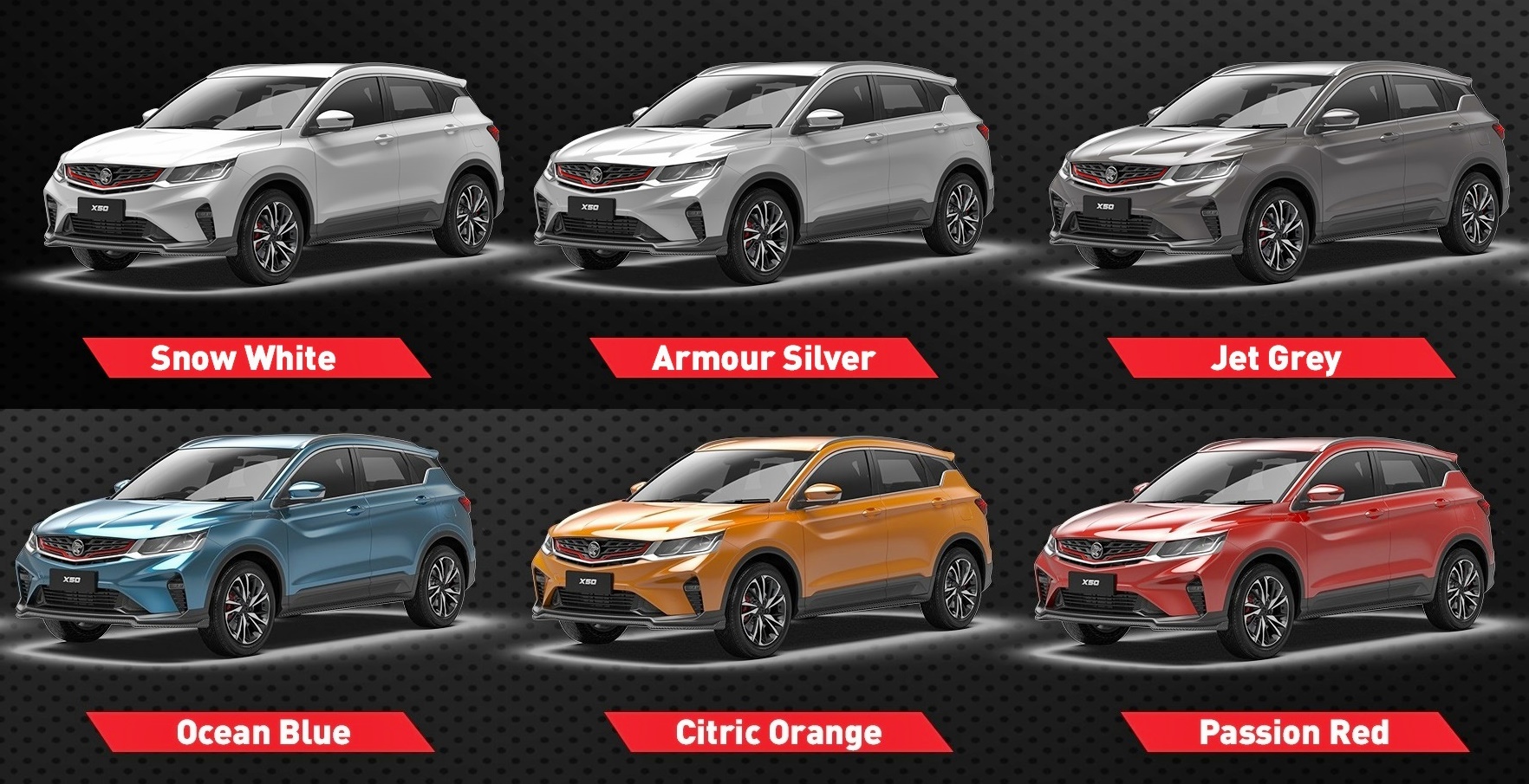 In the coming weeks leading to the official launch within a month’s time, we’ll be given more information on other aspects of the X50. As it will be launched within the period when the 10% sales tax is exempted, its price will differ from those registered after December 31, 2020 when the exemption incentive ends. So if you want to save money, order one quickly and it will cost you only RM500 to make a booking which will be accepted from tomorrow (September 16). 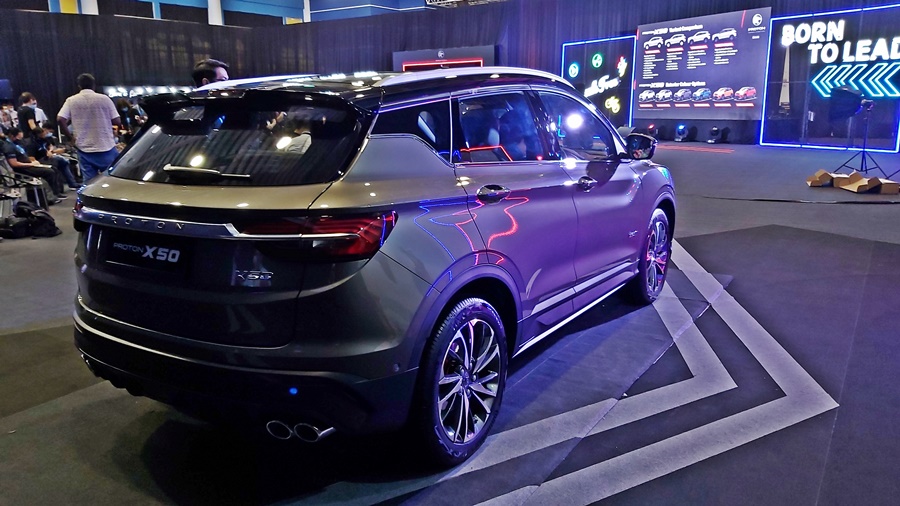 Vote for the X50 slogan
While the name has been revealed (not that it was a big secret, except that Proton never really confirmed it), the company is still undecided about the slogan to use for the new model. So, just as with the X70 when the public was invited to vote (for the model name), Proton is again inviting the public to vote for the slogan this time.