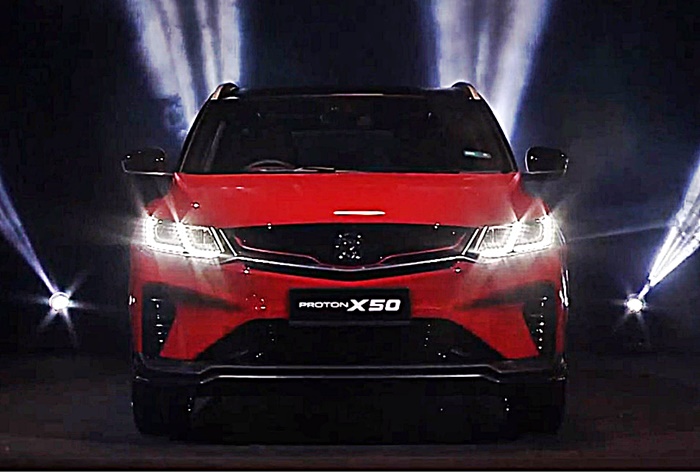 Much has already been revealed about the new Proton X50 in the weeks leading up to today, the carmaker having released information in stages. From virtually every aspect, this new SUV positioned below the X70 is destined to be a success like its big brother. In fact, being younger in the ‘evolutionary ladder’, it benefits from newer technology and more features that make it even better value for money.

As expected, the price levels are going to draw many people away from other offerings in the market. Even the extensively equipped Flagship variant, one of four variants available in the X50 range, is priced at RM103,300 (excluding insurance and sales tax). And at the other end, the Standard variant goes for RM79,200.

Assembled in Malaysia from start
For this model, Proton has gone right into local manufacture from the first unit, unlike the X70 which was initially produced at a Geely factory in China. It is actually more efficient because the X50 is the world’s only righthand drive version of the Geely Binyue/Coolray model from which it has been adapted. To do it in China in a limited volume before transferring it to Malaysia would have incurred high costs without the economies of scale.

The X50, like the X70, is made at the Tg. Malim factory in Perak. Though about 20 years old, the factory underwent renovation and upgrading after Geely came into the picture to add more modern manufacturing processes that can make cars with higher productivity and more importantly, quality. It has plenty of capacity (in fact, the planning in 1999 suggested up to 500,000 units a year capacity) and in time, the original factory in Shah Alam will cease production and all Proton production will be at Tg. Malim. 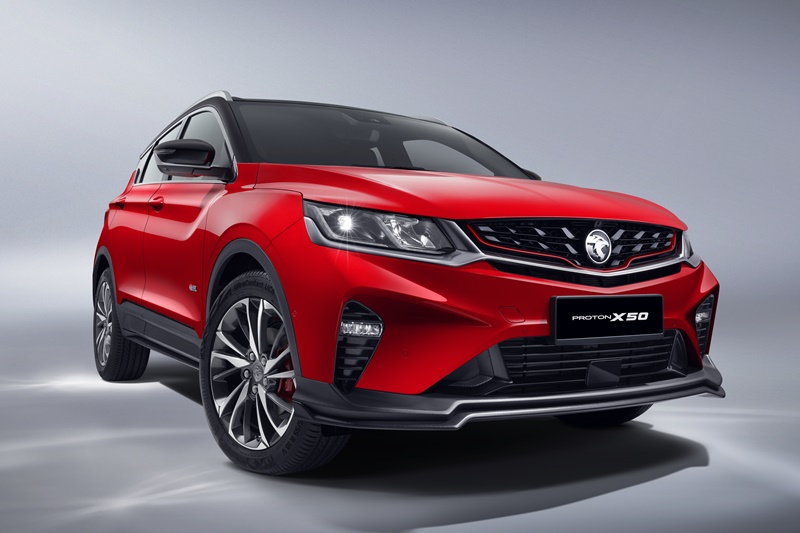 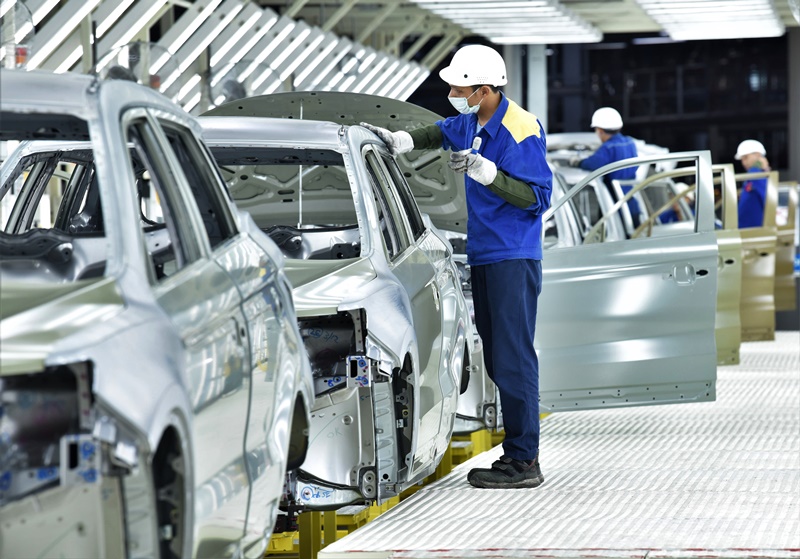 The X50 has been adapted in the same way as the X70 but with the benefit of more experience and understanding of the market needs, testing and development have been more focused. Contrary to what the man on the street may imagine, the X50 is not just a ‘badge-engineered’ version of the Geely model. While the basic structure and platform are similar – and every manufacturer shares such core elements – many other parts are unique to the X50. 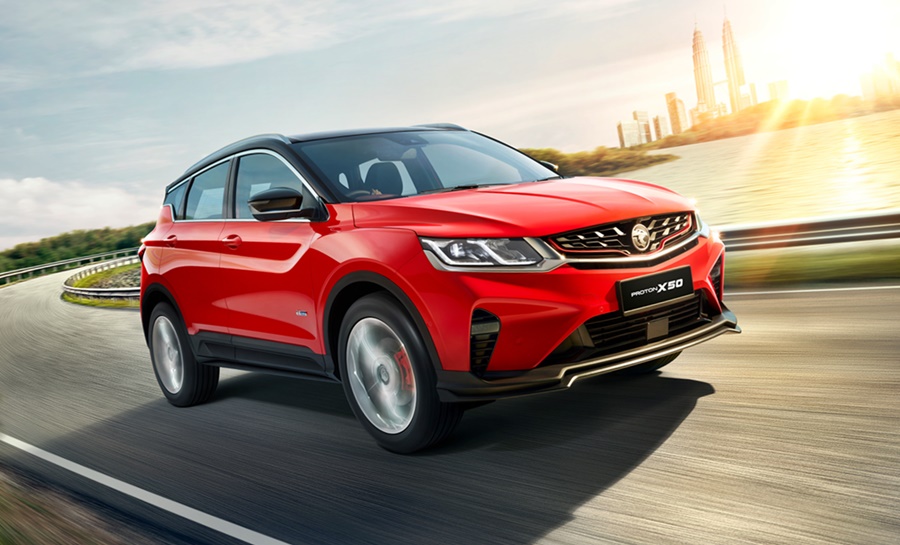 A project on its own
This is even more so as it is the only righthand drive version in the world. So what may have been designed for the lefthand drive variants may not necessarily suit the X50 application, eg dashboard, power window switches, centre console and even the seats. And for every item, engineering must test and validate all aspects so it is like developing a new model, except that the expensive and time-consuming parts are already done. Still, the prototypes had to be tested thoroughly in local conditions and some 1.9 million kilometres were put in to adapt the SUV to the climate and road conditions found here. 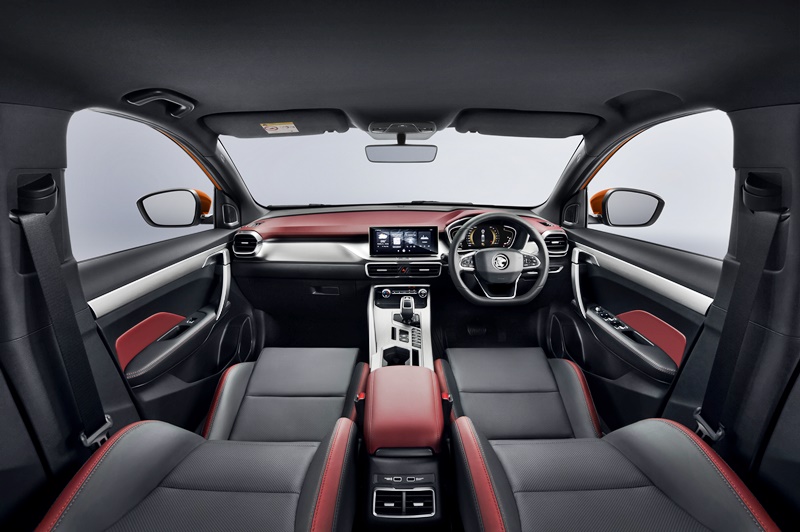 It is the sharing of the core elements – typically the most expensive areas of any new model – that has made possible the pricing. In earlier years, Proton’s stubborn insistence on being independent meant that it didn’t have the economies of scale to bring production costs down. That approach proved to be a drain on the company’s resources, making it difficult to develop new models and remain competitive. It’s not the way the big global players do it but now, being in the Geely group, there is the opportunity to share design and engineering resources. 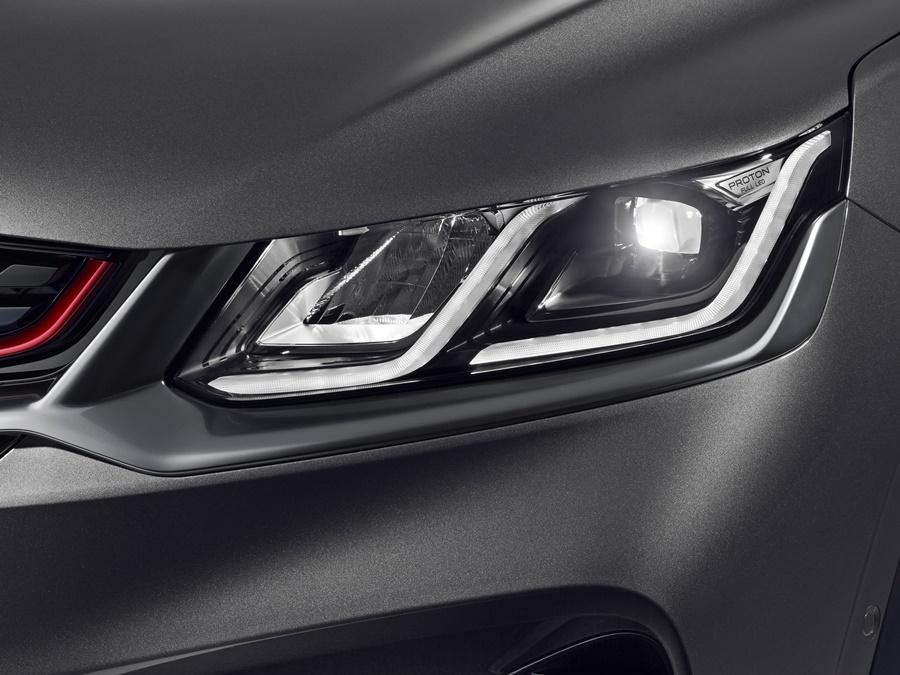 Apart from being good for business, customers also benefit. Lower production costs mean that more features and technology can be put in, better materials can be used, ultimately making the product more attractive and better value for money.

Engine developed by Volvo and Geely
The powertrain, for instance, is a very expensive area of development but Proton can share a very advanced unit that was originally developed by Geely and Volvo. It’s a 1.5-litre unit with 3 cylinders, turbocharged, and offered with two outputs. The one with direct injection produces 177 ps/255 Nm and is only available with the Flagship variant. The other three variants have multi-point injection and the output is lower at 150 ps/226 Nm. For both engines, peak torque is available from 1,500 rpm which means strong acceleration from take-off as test-drive sessions at the end of September showed. 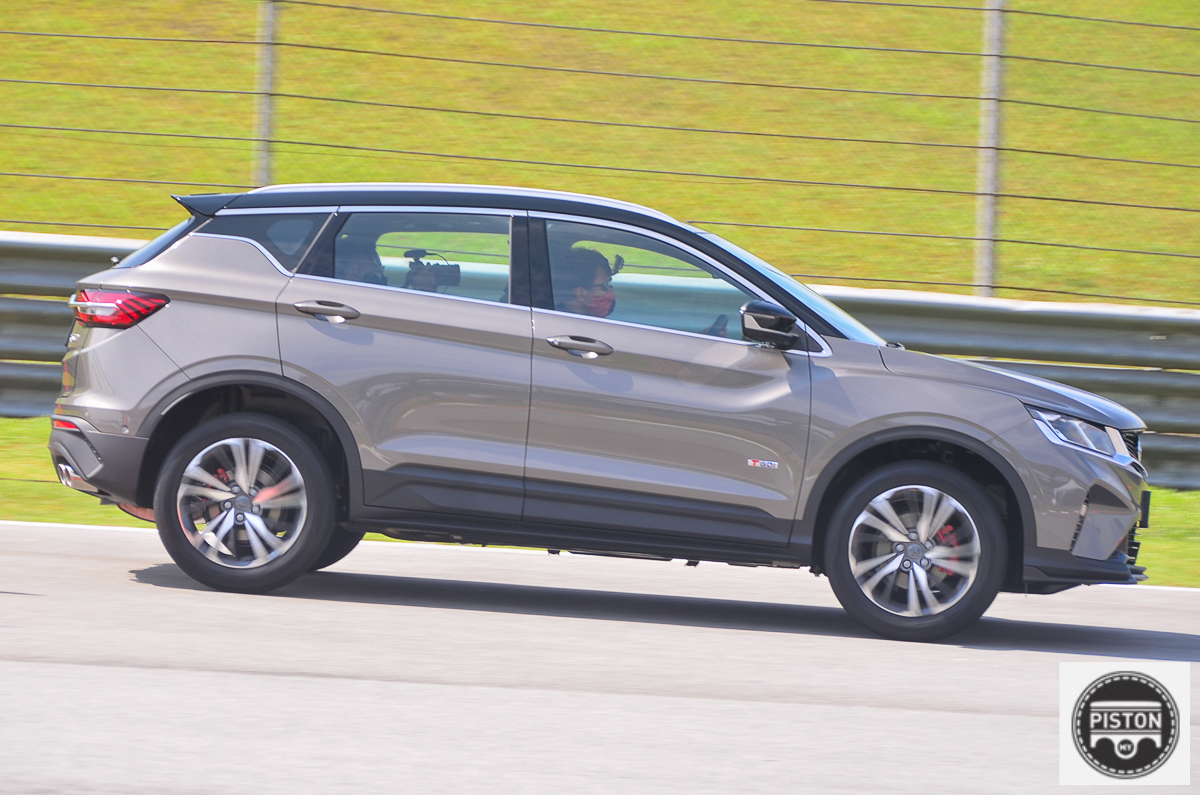 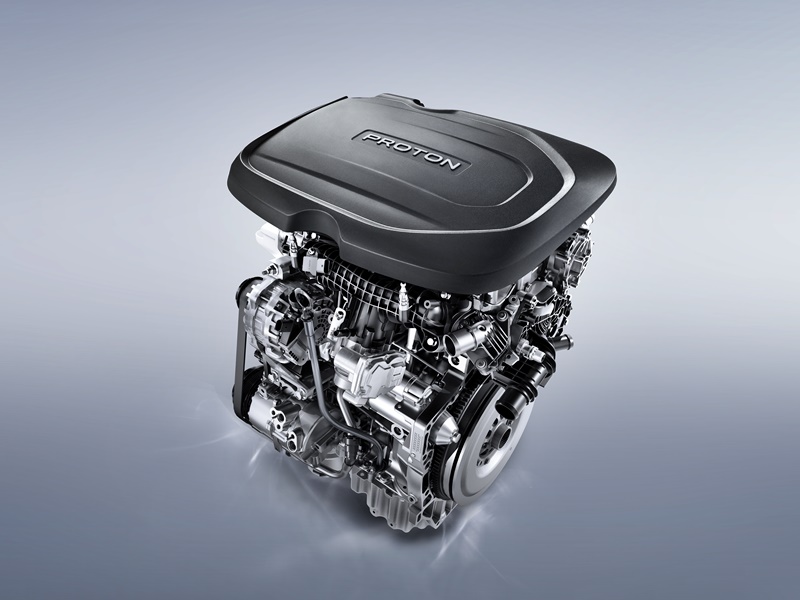 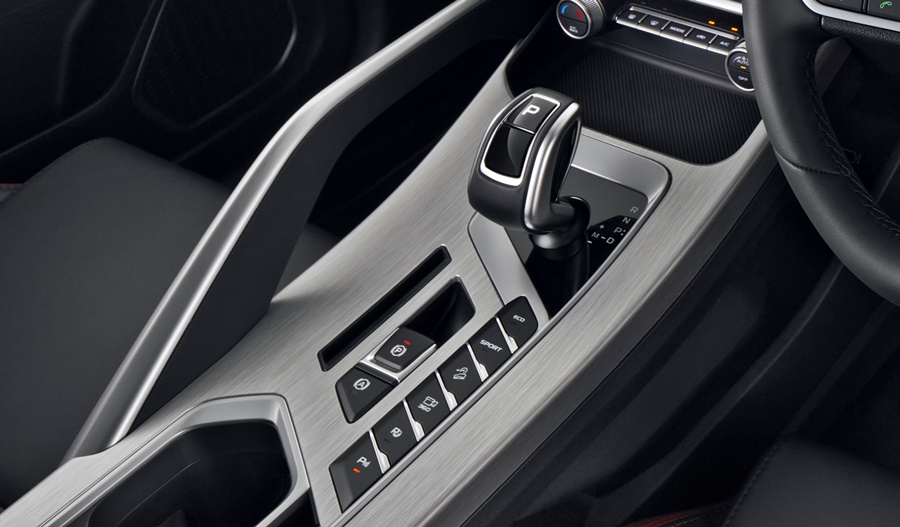 Proton’s testing indicates that the fuel consumption is virtually identical – 6.4 litres per 100 kms (15.6 kms/litre)  for the more powerful engine versus 6.5 litres (15.4 kms/litre), but the actual consumption an owner gets will depend on many different factors, of course. The economical running means that the fuel tank does not have to be big so it has a volume of 45 litres, saving weight. Both engines also come with a 7-speed dual-clutch transmission (DCT).

Generous equipment levels
Equipment levels can be considered generous – even with the lowest-priced variant – although all the high tech is available mainly in the X50 Flagship. Typically, the advertisements highlight the ‘wow’ features and to get them means paying more money but hey, nothing comes for free (although Malaysian consumers often have their expectation).

Apart from the more powerful engine with direct injection, the X50 Flagship gets the Advanced Driver Assistance System (ADAS) which will help the driver to avoid collisions and even activate the brakes if the driver is ‘dreaming’ and the car is about to ram into the vehicle ahead. The ADAS system, which works with a camera and radar, also has Adaptive Cruise Control with Stop & Go, Lane Departure Warning and Lane Keep, Blind Spot Monitor and Intelligent High Beam Control.

The SUV will also maneuver itself into a parking bay at the touch of a button, with the driver only having to manage the power. That should be really welcome by anyone who finds it challenging parking!

5-star safety
However, Proton has also made sure that the basic levels of active and passive safety are high, and these days, ‘basic’ is a lot more advanced than when the company was selling models like the Wira and Satria. Systems like ABS with Electronic Brakeforce Distribution, Traction Control, Stability Control and even Hill Descent Control are standard across the range, along with a Reverse Camera. Except for the X50 Standard which has 4 airbags, the other variants have 6 airbags. 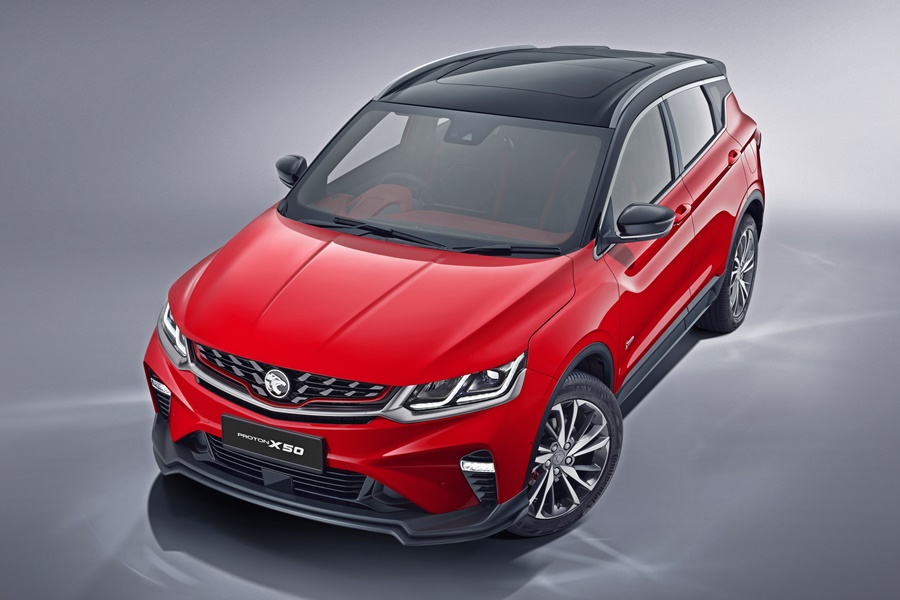 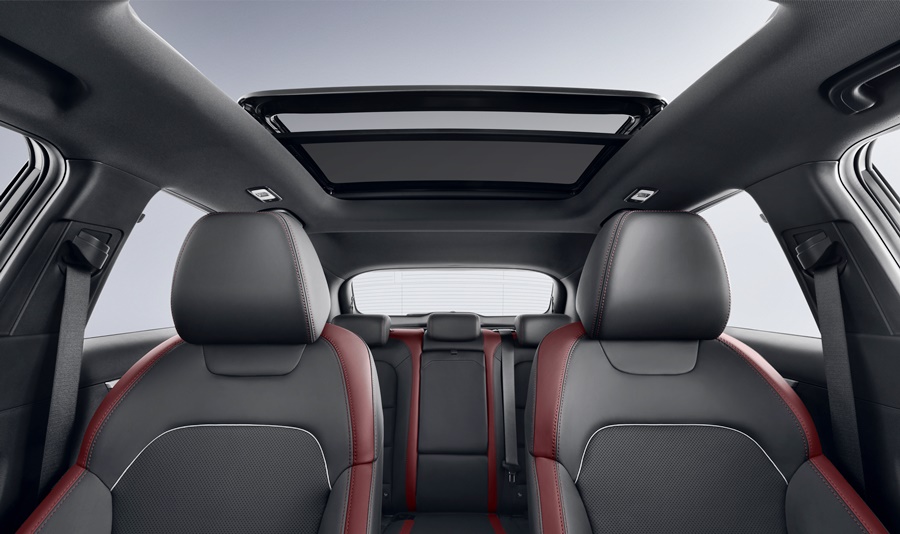 Feature-wise too, the more you pay, the more you get – which is the way it should be. However, as mentioned earlier, the differences are not as wide as before between the cheapest and most expensive variants. You get a panoramic sunroof, an auto-dimming mirror and sensors for the windscreen wipers only with the X50 Flagship, but with the rest of the variants, there are still many great features.

These include LED headlights and rear lights, pushbutton starting/stopping for the engine, remote engine starting, rear air vents, USB ports and even a N95 air filtration system to clean the cabin air. 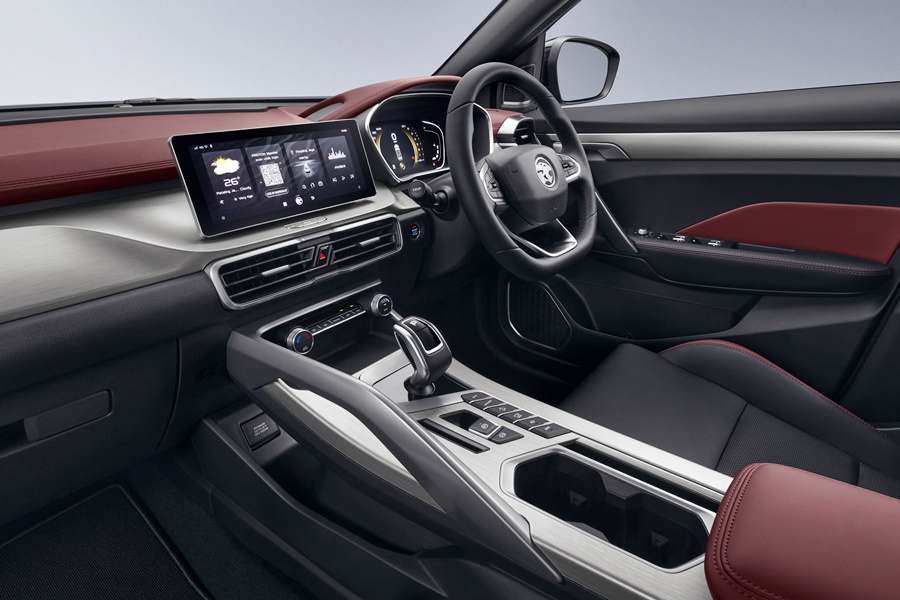 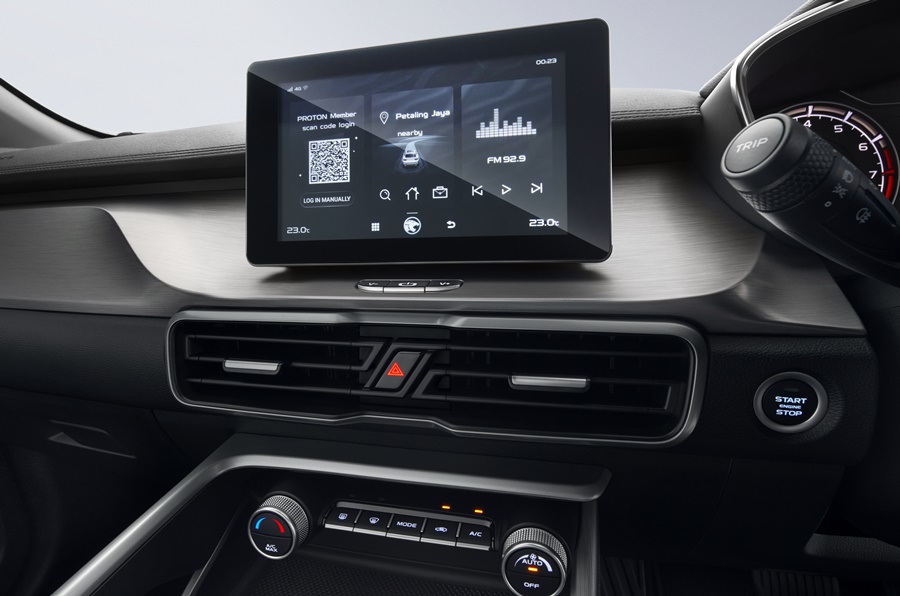 ‘Hi Proton’ improved
The infotainment system has been a highlight of the X70 and the same goes for the X50. It uses a newer generation of the Geely Key User Interface, or GKUI 19. This has more processing power and includes a graphic processing unit so responsiveness is quicker. Voice commands are a key feature, and to interact with the system requires just saying ‘Hi Proton’. The two top variants have additional commands available but generally, many actions can be requested in all the variants.

Besides connectivity to smartphones, the system is also connected full-time to the internet so it’s possible to get other information like weather reports and music streaming. In fact, if the driver is alone, the GKUI may prove to be a ‘chatty’ companion! 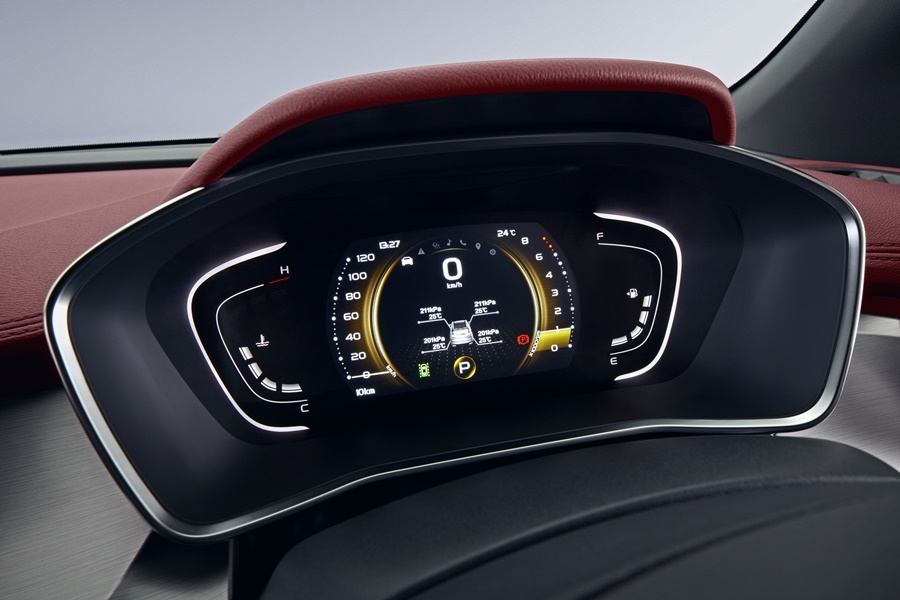 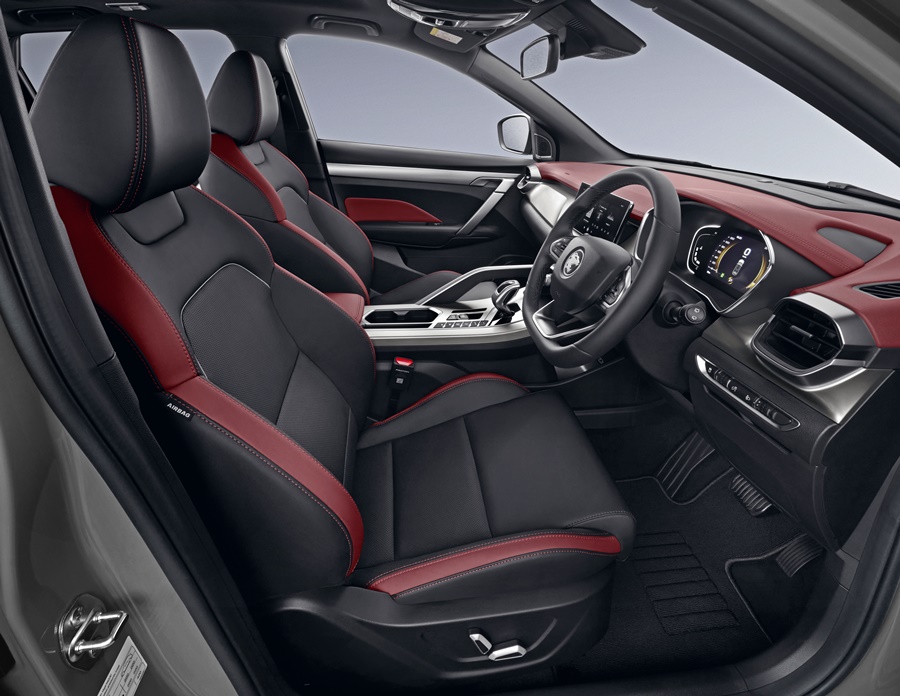 Colour choices/upholstery
There are up to six colour choices for the X50 range, with Passion Red being exclusively for the X50 Flagship which also has a dual-tone exterior finish and roof rails. The X50 Standard has only three colour choices. Inside, black is the standard colour theme for all variants. The X50 Standard has fabric upholstery while the X50 Executive has leatherette. The Premium and Flagship variants get additional red stitching on the leatherette.

No more ‘wait and hear’
An important indicator of how public perception of Proton, especially in quality and reliability, has changed in recent years is the number of orders received even before the model was officially launched today. Before, there was some hesitance and people seemed to prefer to ‘wait and hear’ how a new model performed once it was on the roads, and then deciding if they wanted it. 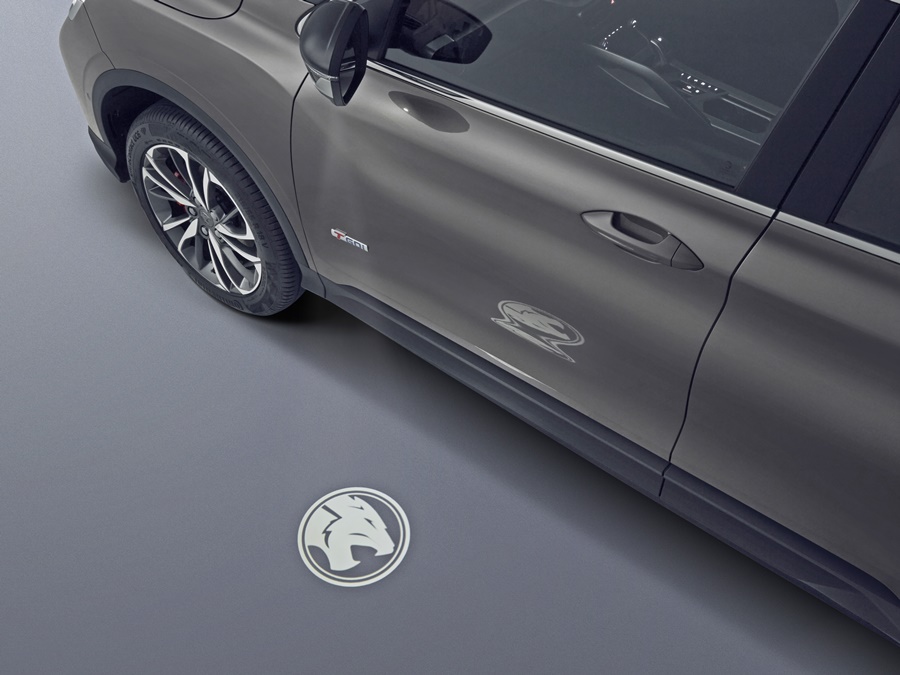 These days, a new Proton generates much excitement and even before the full specifications are released, Proton said that over 20,000 Malaysians had placed bookings. It reflects the trust that the brand has regained where people will put their money down in advance because they know that it will be a reliable SUV, and from the atmosphere at dealerships, the experience can be expected to be very good. 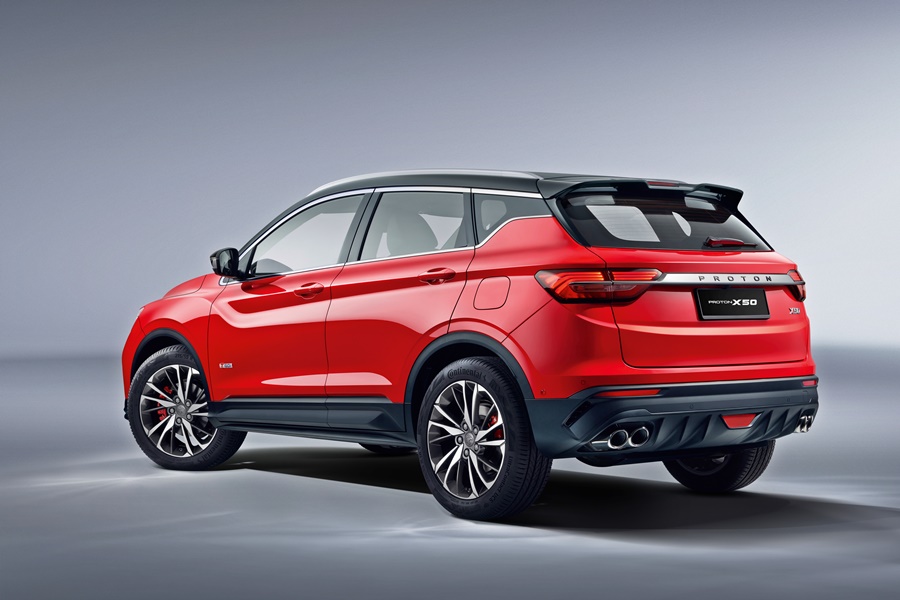 Check out the new Proton X50 at all Proton dealerships and for the early customers, the carmaker is offering special launch packages such as free labour servicing, data packages and low interest rates for H-P loans. 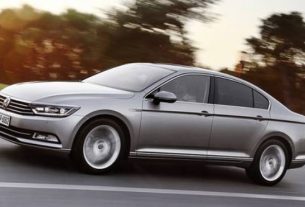 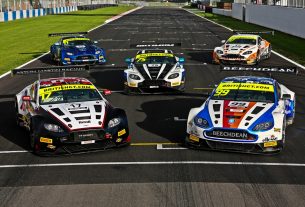 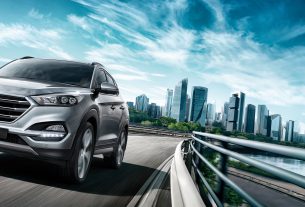