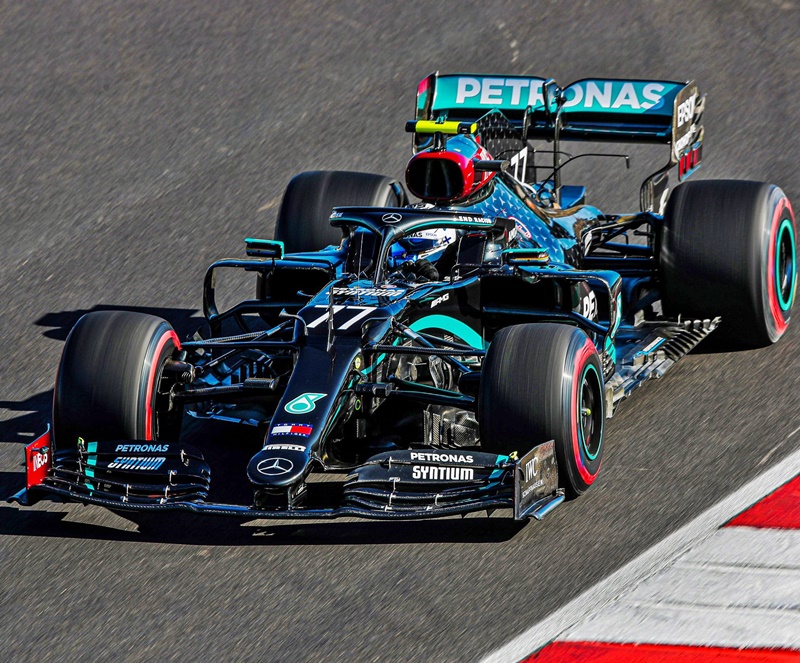 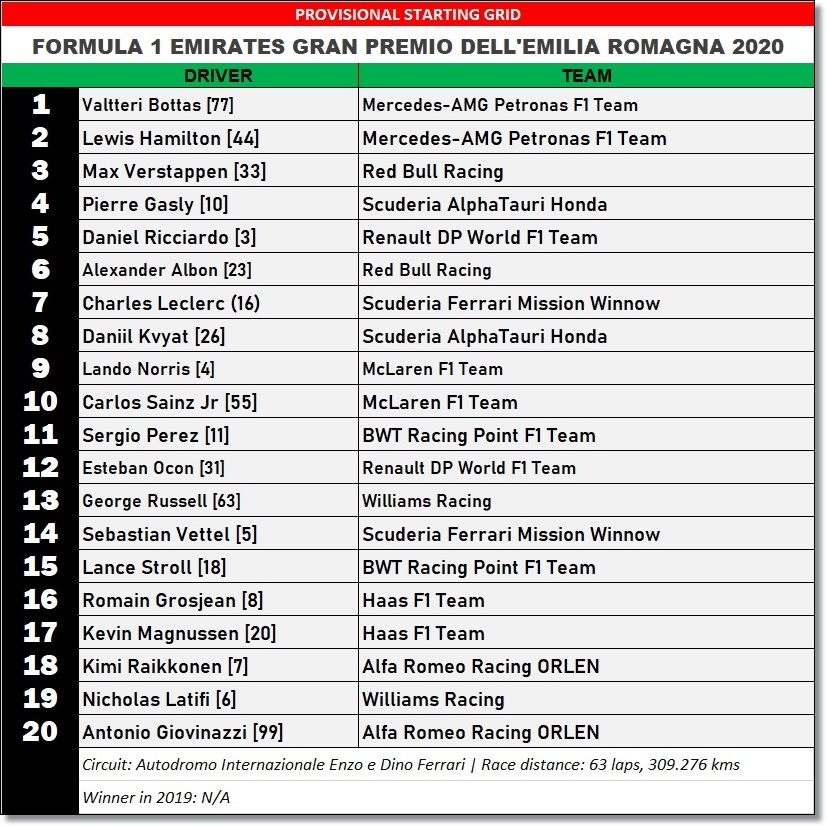 Round 13 of the 2020 Formula  World Championship is another new event – the Formula 1 Emirates Emilia Romagna Grand Prix. It is the third race on Italian soil this year, after races at Monza and Mugello.

This weekend, it is held at the Autodromo Enzo e Dino Ferrari, more popularly referred to as the Imola Circuit as it is near the city of Imola. The last time the circuit had a F1 race was 14 years, when the 2006 San Marino Grand Prix was run.

The circuit had its name associated with the famous Italian carmaker in 1970 to honour Ferrari and mark the importance of the links with the circuit. It was initially after Enzo Ferrari’s son Dino; when Enzo himself passed away in 1988, the decision was taken to add the father’s name to that of his son. 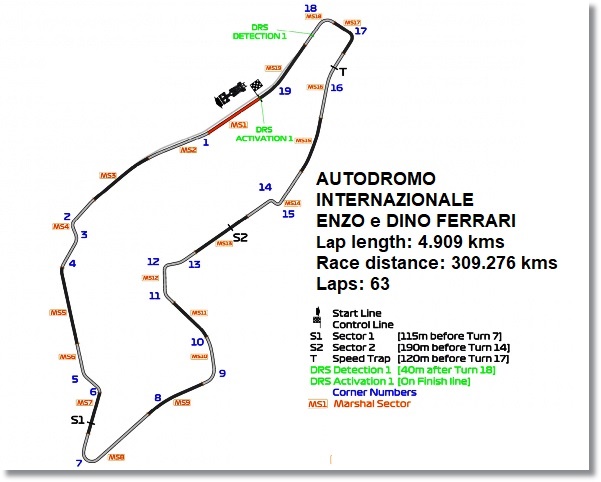 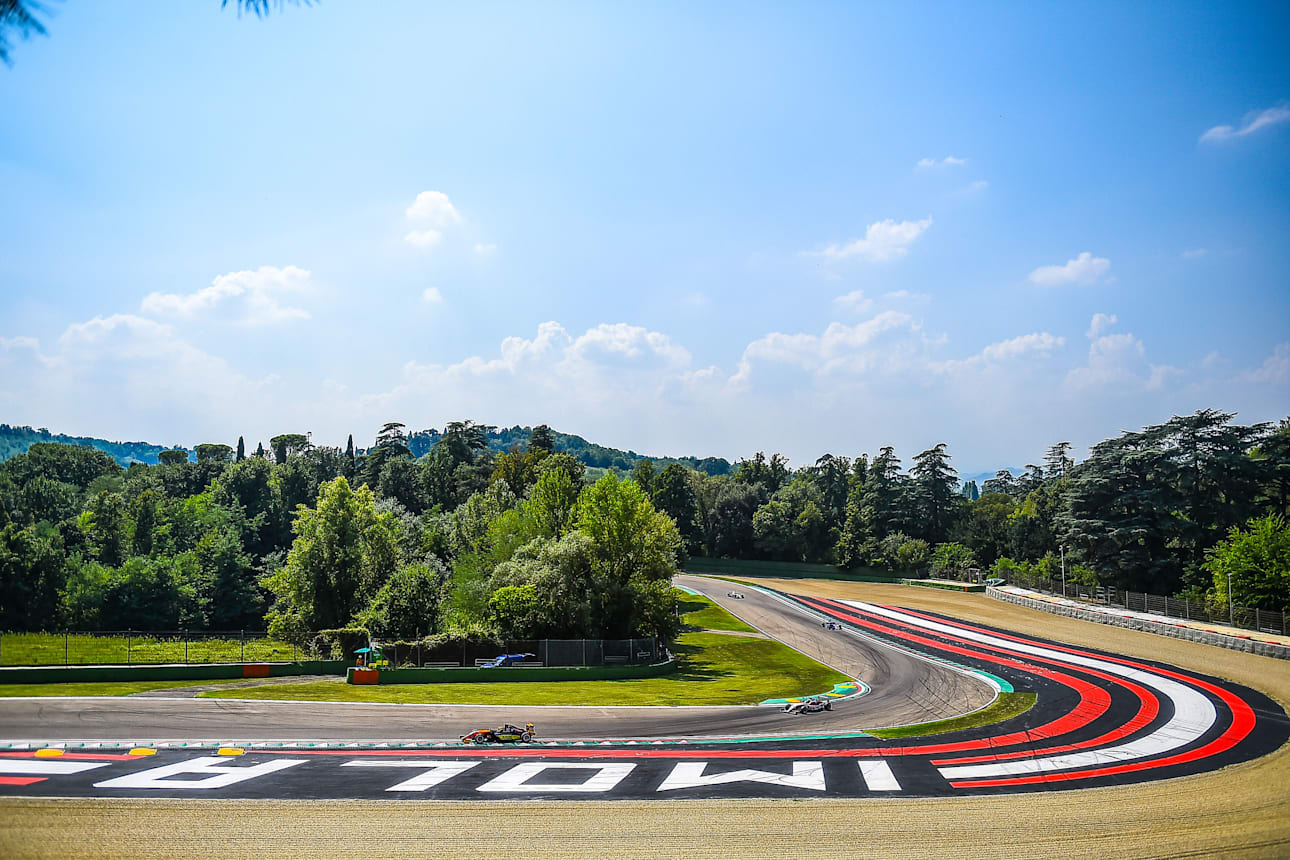 A 2-day weekend format is being tried out for the first time, an approach which could allow additional races to be added to the calendar without spending too many days travelling far from home.

The shortened schedule means less track time – and only one driver has actually done a F1 race at Imola. He is Kimi Raikkonen, who raced at the circuit 5 times in total. For the rest, there’s only one 90-minute session in the morning available to get to know the layout before qualifying in the afternoon.

There are no lap times to aim for, partly because Formula 1 has not been here for several years and even for Raikkonen, the layout has been changed somewhat from what he knew.

Until very recently, it had been hoped that spectators would be allowed to attend in limited numbers, but the worsening of the COVID-19 situation in Italy forced a new decision to be made this week to hold the race without spectators. Furthermore, the race must start right after lunchtime to ensure there is sufficient daylight in the 4-hour window available. 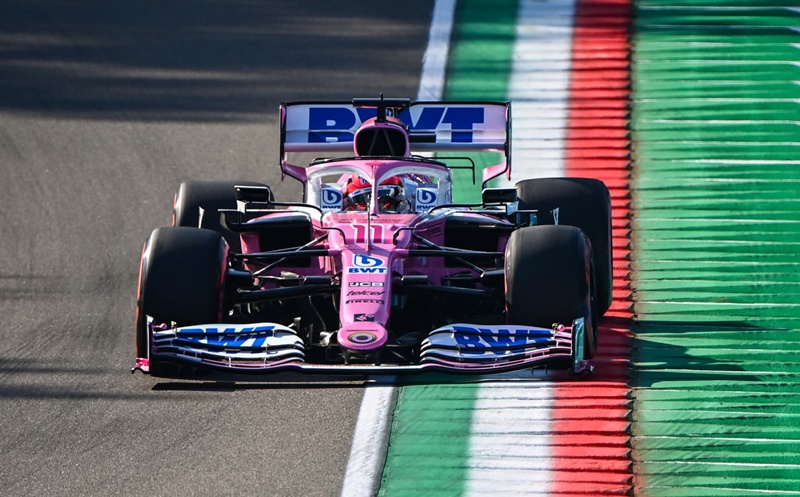 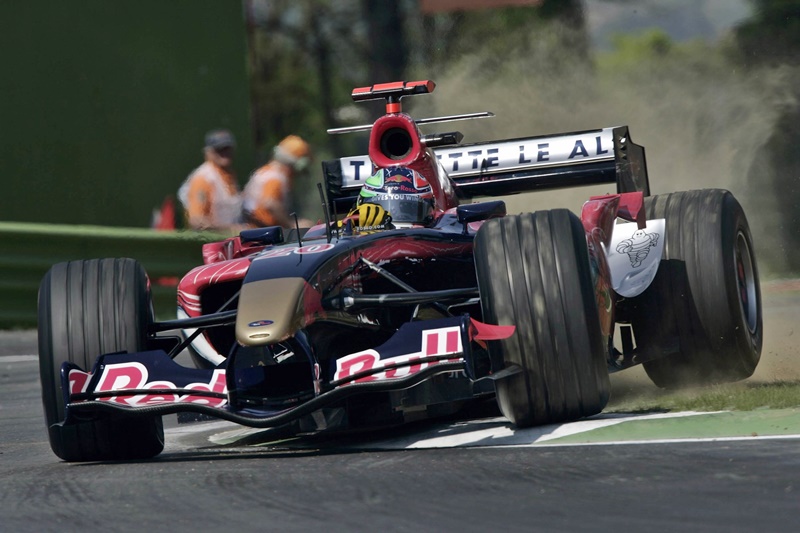 The Imola circuit is a highly technical one, with a wide range of corners. The 67-year old circuit (which has changed over the years) is narrow and bumpy, as the older tracks tend to be. This is quite a change from what the drivers experienced in Portugal just recently.

“With very little time available to analyse the data from free practice, we have reorganised our priorities, allocating resources in a different way both at the track and back in Maranello. We will also manage components, engines and gearboxes for example or the incorporation of components that have already been tested, so as to cut down time spent and to try and reduce the risks as much as possible,” said Matteo Togninalli, Scuderia Ferrari’s Chief Race Engineer. 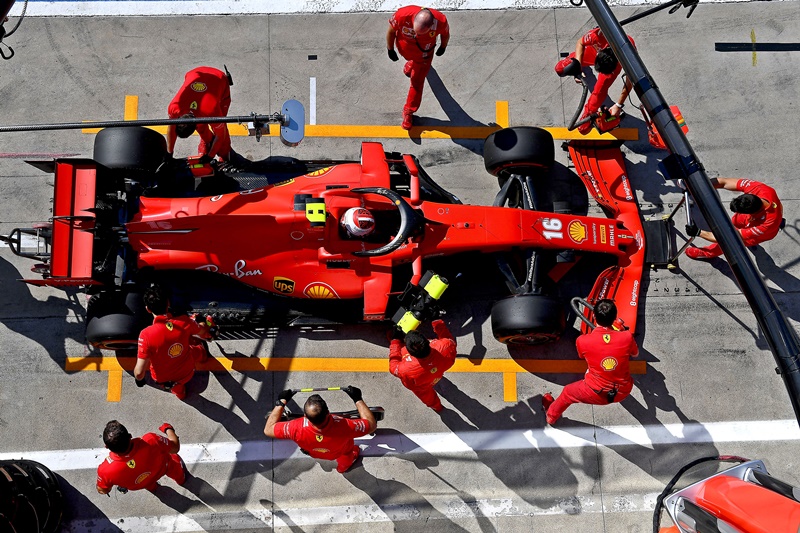 “The fact that the track has not had a F1 race in 14 years is indeed an additional and significant variable. It means that preparation prior to the event is even more important to try and perform as well as possible. Without any data to work from, as is the case with Imola, the level of fine tuning is reduced and one has to look at the bigger picture,” he explained.

He added that the simulator helps the driver to quickly familiarise himself with the track, not just its layout, but also other features that can impact performance, such as bumpy sections, where to ride the kerbs, the right lines and braking points. “It’s true the drivers learn a new track incredibly quickly and are soon on the limit, but it’s also true that when you go to a new track, the lap times tumble much more quickly than usual. It’s important therefore to do as many laps as possible to get to the optimum level as soon as possible,” Togninalli said. 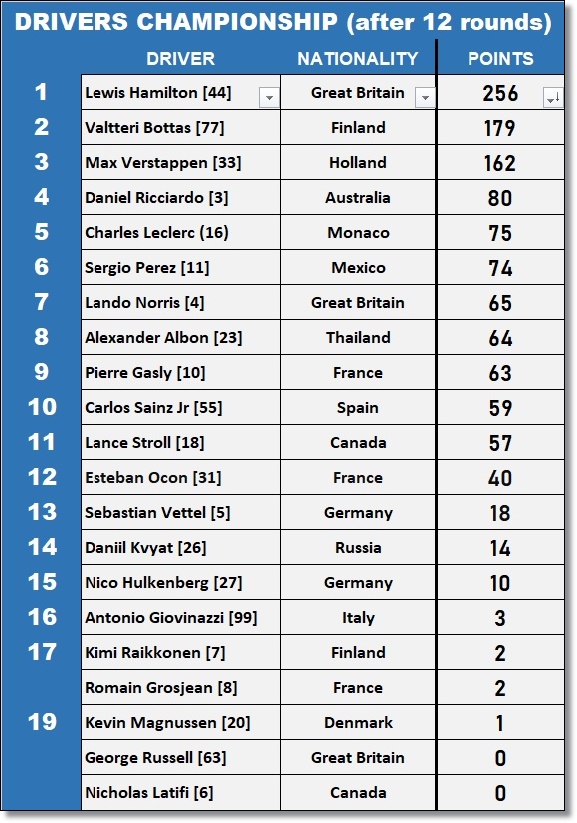 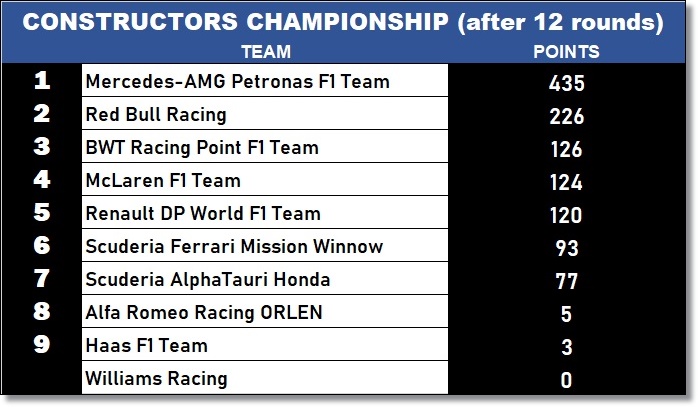