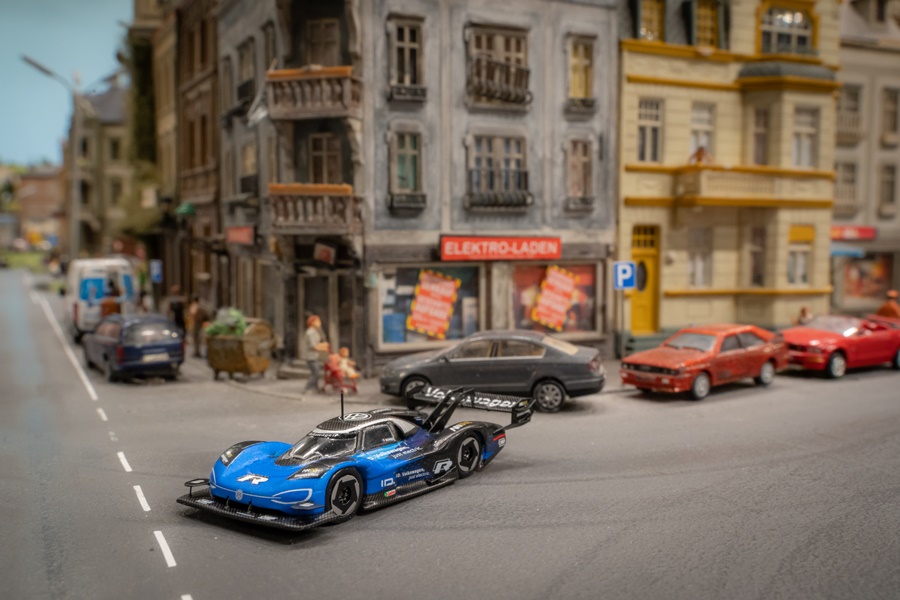 Volkswagen Motorsport’s team has been in many places around the world – at famous racetracks and locations, like the Nurburgring Nordschleife, Goodwood, Pikes Peak and Tianmen Mountain. Despite everything being very different this year, the ID.R super electric car has still been on the road. However, the soundtrack for the first stop of the world tour for the 671-bhp electric racing car was the roar of jet engines, not the sound of powerful electric motors.

That’s because the car was visiting Knuffingen Airport, an airport in the south of Germany which is one of the few that is currently operating as usual. After extensive reconstruction, aircraft  like the Airbus A380 are taking to the air again. 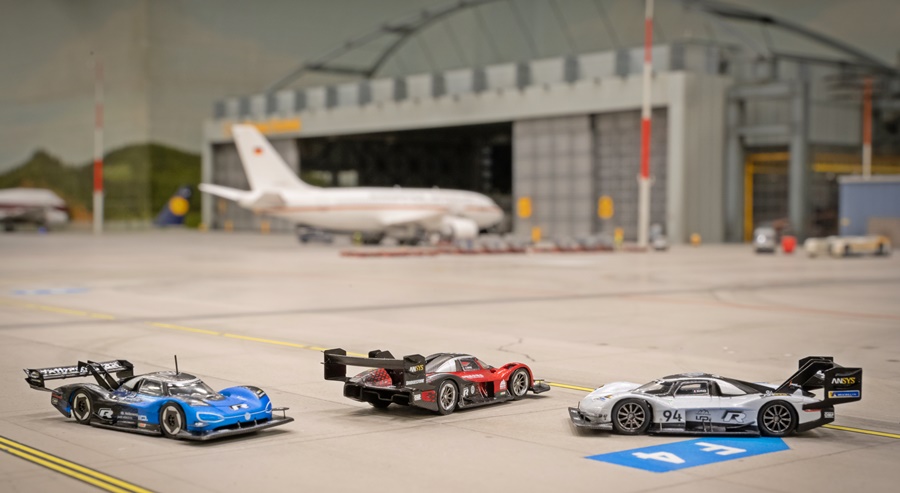 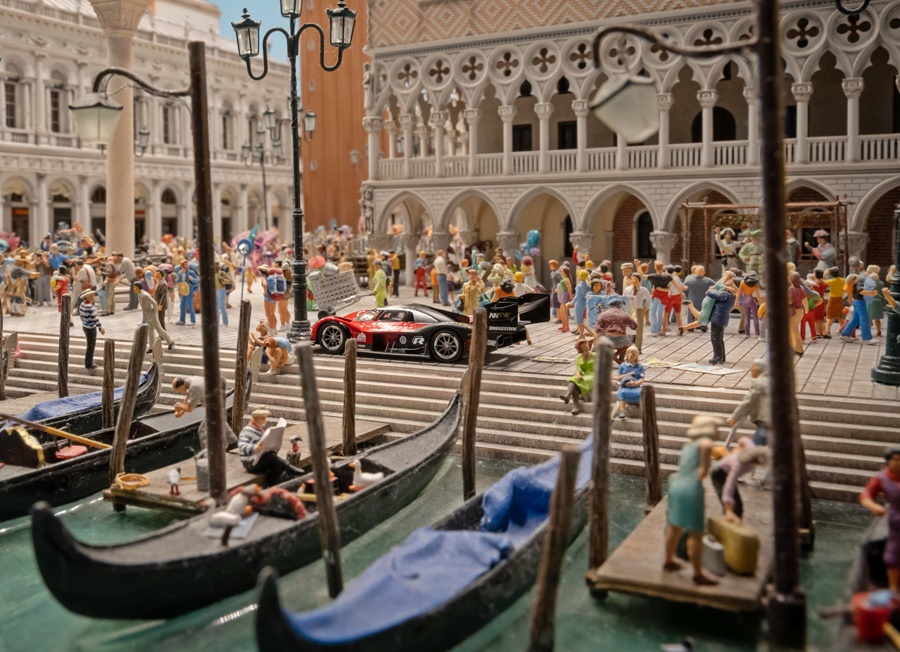 The next stop on the tour is Venice. The legendary city is not the kind of place you would expect to see a record-holder alongside the gondolas and between the historic buildings at Piazza San Marco. A few hundred kilometres further south, the lack of tourists mean there is not a lot going on at the Trevi Fountain in Rome.

Back in Germany, a traditional parade can be seen near Neuschwanstein Castle in Bavaria. In other parts of Germany, the car visits a fair close to the home of Volkswagen Motorsport in Central Germany and the Elbe Philharmonic Hall that towers above the Port of Hamburg. 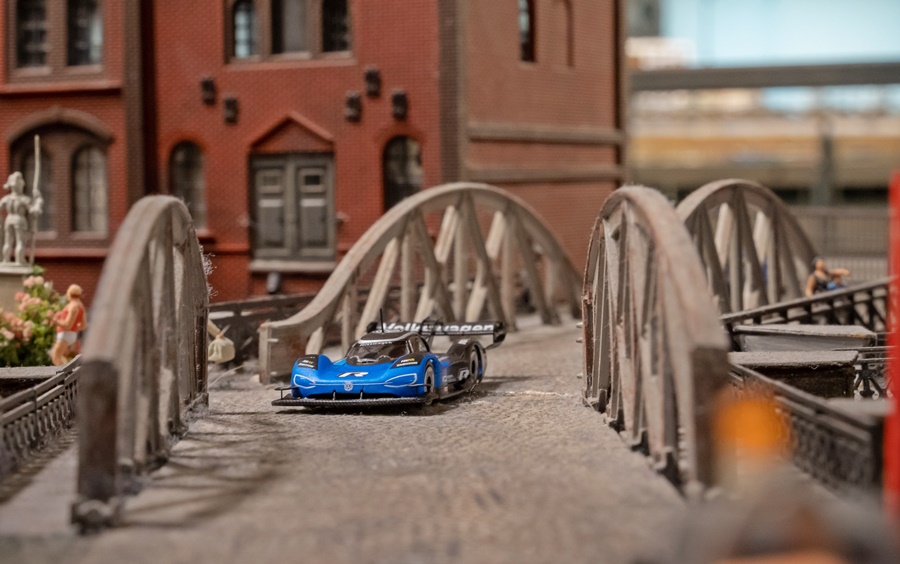 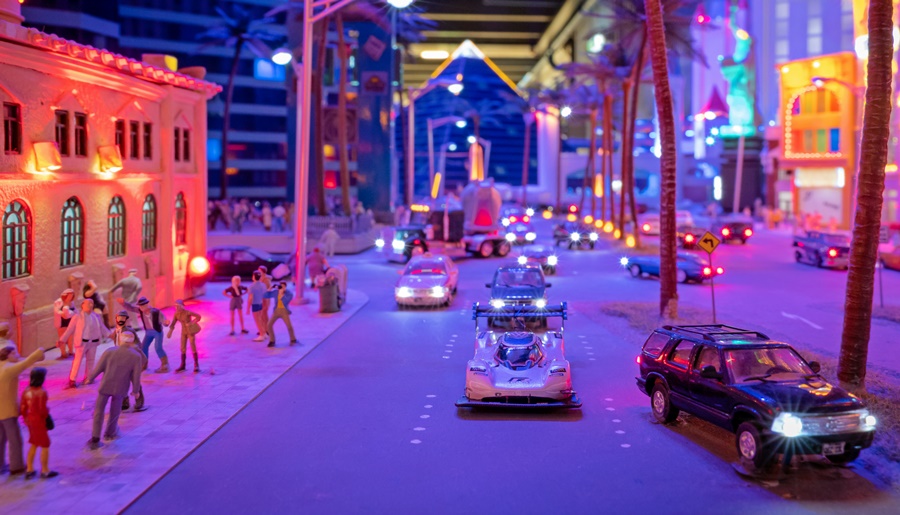 Across the Atlantic, the spectacular, brightly-lit hotels in Las Vegas are obviously particularly inviting for a ‘star’ like the ID.R, which can be right at home on the Strip with its electric atmosphere of neon signs. From here, it is not far to the Grand Canyon, where the car has a glorious view of the national park and a nice long ride the next day.

A miniature world tour
Even the ambitious engineers at Volkswagen Motorsport would have struggled to imagine the Volkswagen racing visiting so many locations, or other stops in Scandinavia and Provence—particularly not in 2020. However, the COVID-19 pandemic has made the world a little smaller and forced Volkswagen to rethink its plans accordingly. 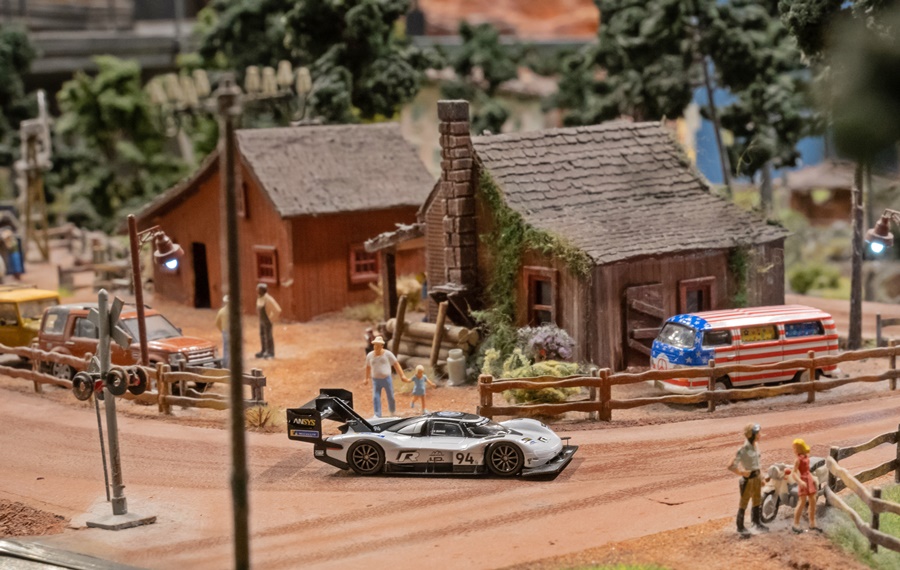 The Miniature Wonderland in Hamburg
Because long-distance travel was made virtually impossible, the powerful member of Volkswagen’s EV family instead visited Miniatur Wunderland in Hamburg… in 1/87th scale. Like the ID.R, Miniatur Wunderland is a record-breaker and constantly striving for new superlatives. The biggest model railway in the world has 15 kms of track, which equates to more than 1,368 kms of real rail, and more than 1,000 trains with more than 10,000 carriages travel around the more than 1,330 square-metre facility.

The exhibition also features over 9,000 cars and 130,000 trees, while almost half a million LEDs illuminate the little wonderland. More than 300 employees have invested almost a million hours of work so far. 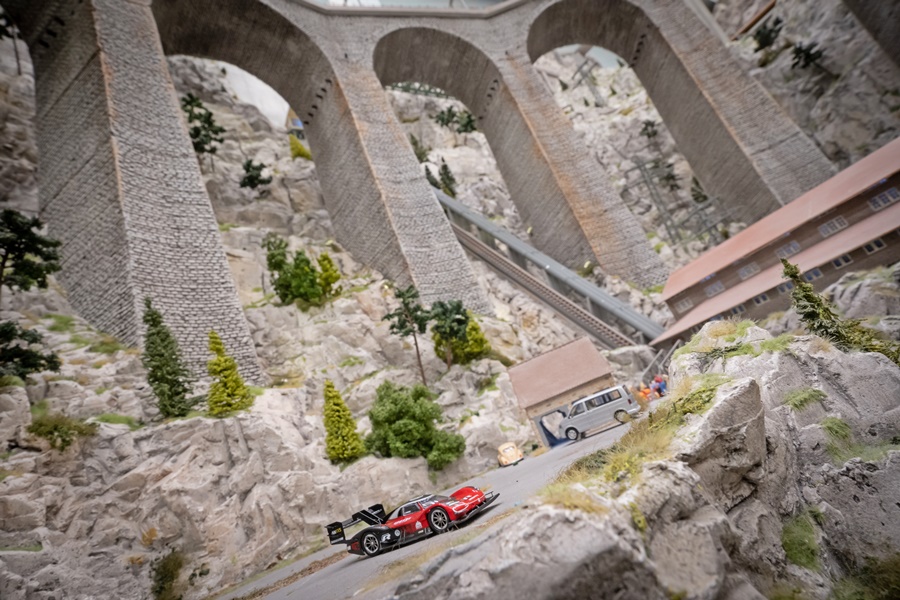 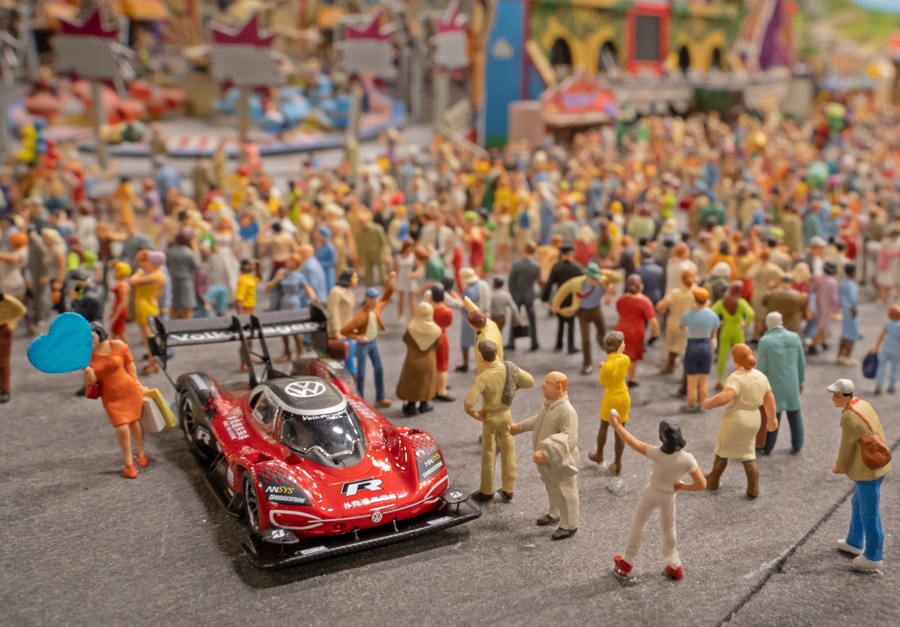 How it began
The idea of building Miniatur Wunderland came about on a journey.: “About 20 years ago, I was in a model railway shop in Switzerland,” recalled one of the founding members, Frederik Braun. “It brought back childhood memories and the dream of building the biggest model railway in the world was reborn. When I told my brother, he initially thought I had lost the plot completely.”

“That is true,” confirmed Gerrit Braun. “But it then ignited a spark in me too, and we started to consider how we would go about doing it. It was clear that we did not simply want to build another display, but something totally new.” 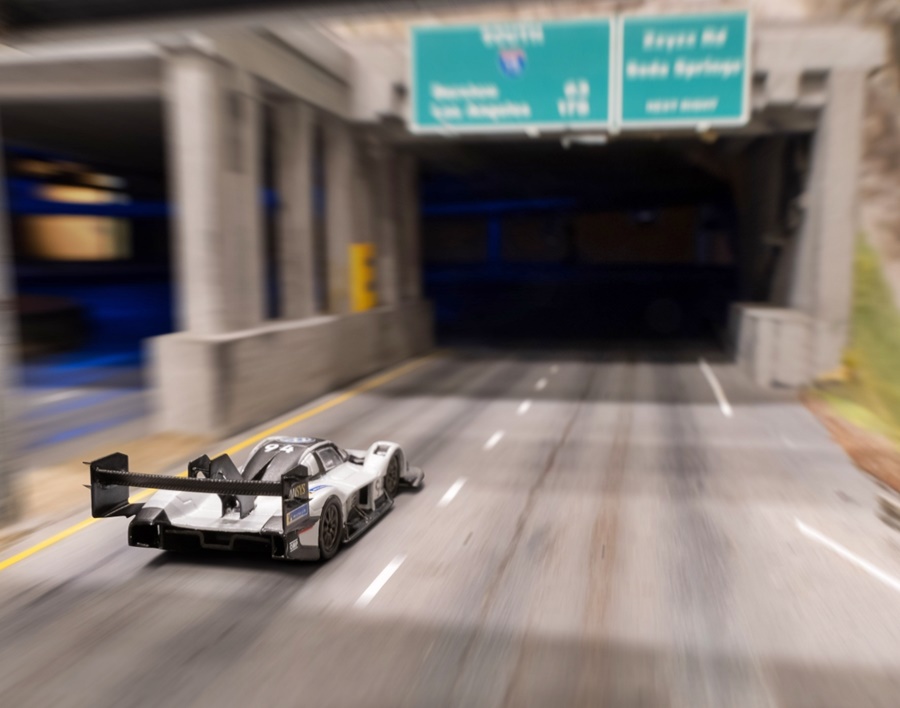 Work began on Miniatur Wunderland in December 2000. One year later, the first part was ready to open, and construction on the model railway continues to this day. It is definitely well worth a visit – and somewhere in there, you will find a record-breaking Volkswagen. 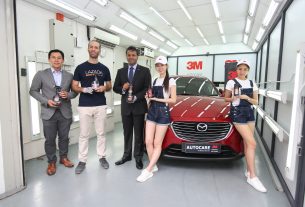 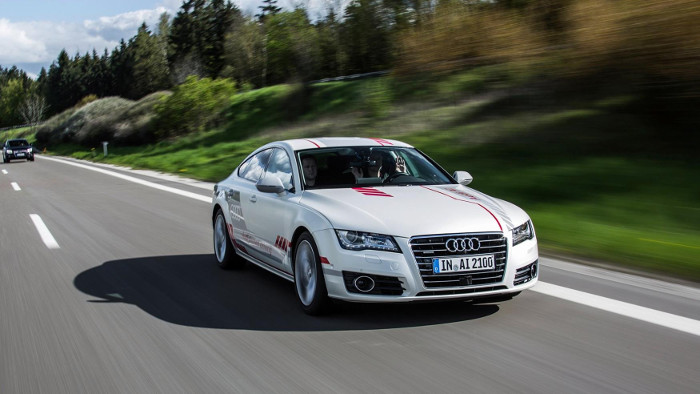 Audi to be first to test autonomous car in New York 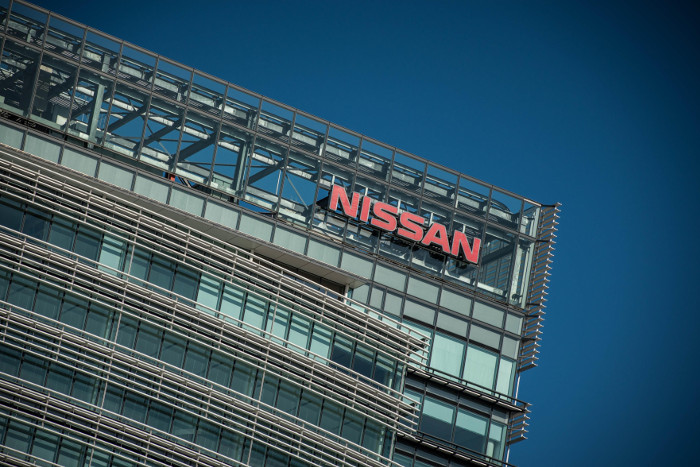