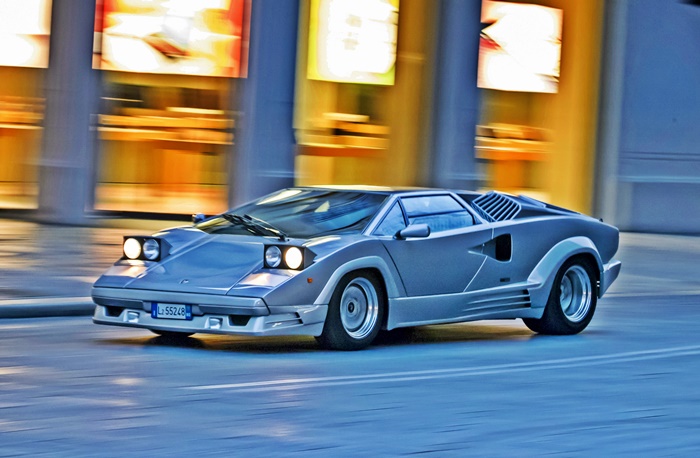 Although the North American International Auto Show has typically been held in January, it is the Geneva International Motor Show in March which has traditionally been considered the first major international motorshow for the year. The event often sees exotic and futuristic models being displayed and 50 years ago, the undisputed highlight was the Countach LP 500 by Lamborghini. However, the bright yellow sportscar was unveiled at Bertone’s stand so as not to distract attention from the new Miura SV that was making its debut.

Strong, positive response
Response to the Countach was so positive that Lamborghini was convinced it could be a successful production model and quickly set its engineering team to work. The Countach project, internally coded as ‘LP112’, where LP indicated the rear longitudinal position (‘Longitudinale Posteriore’ in Italian) of the 12-cylinder engine, stemmed from Ferruccio Lamborghini’s desire to maintain the image of a company at the forefront of style and technology following the Miura. 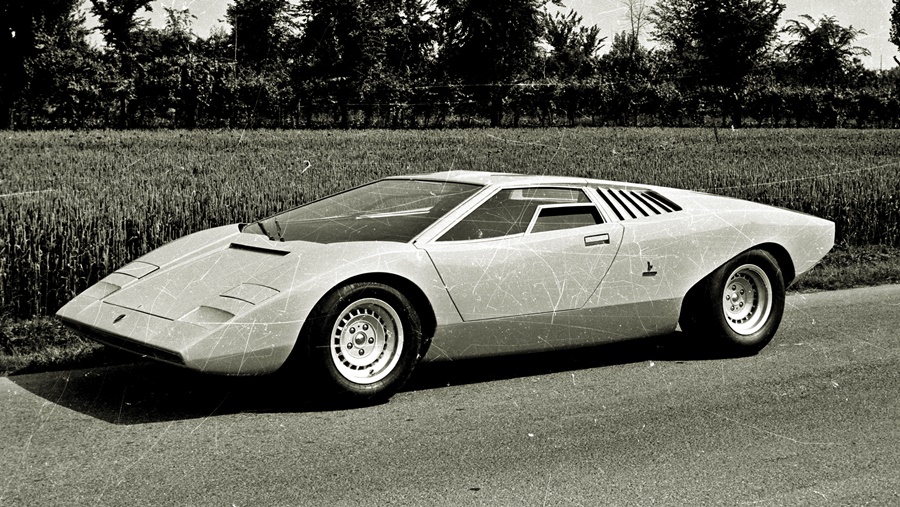 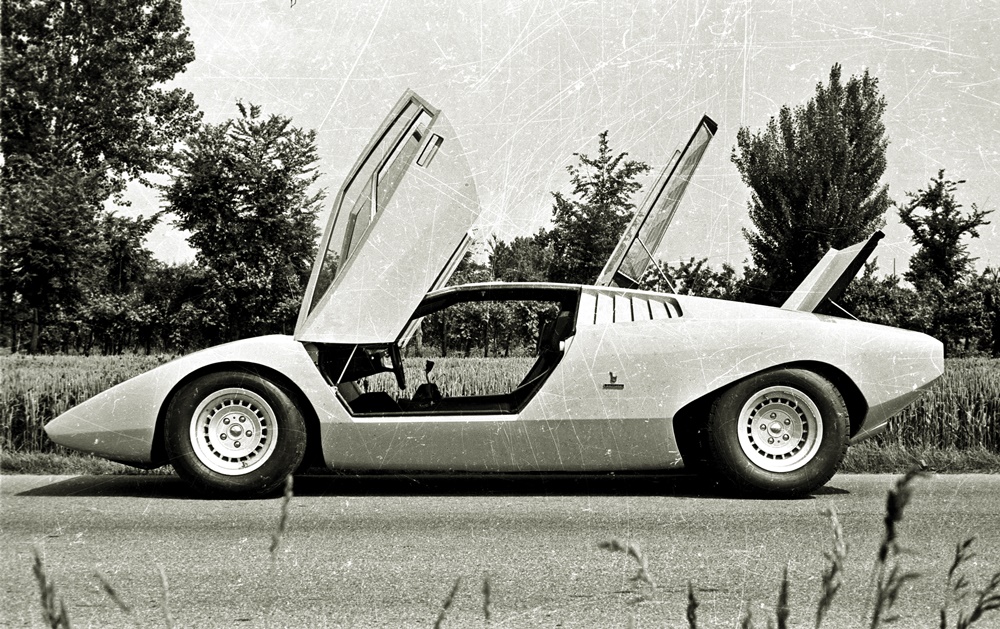 How the name was chosen
The origin of the car’s name lies in the dialect of the Piedmont region of Italy. In its final stages of assembly, the car was hidden in a shed for agricultural machinery on a farm near Grugliasco (a province of Turin) to avoid possible work stoppages related to labour unrest, and was ‘discovered’ by a farmer who exclaimed in amazement and enthusiasm, ‘Countach!’ (a word in Piedmontese dialect expressing ‘wonderment’). When Piedmont-born Marcello Gandini became aware of the fact, he thought that this word had a particularly strong communicative force and also convinced Nuccio Bertone, Ferruccio Lamborghini and his engineer colleague, Paolo Stanzani of this.

While the original car that was displayed was eventually destroyed during a crash test in England, the second prototype that was close to the production model was unveiled at the 1973 motorshow in Geneva and also displayed at the Paris Motor Show the same year. 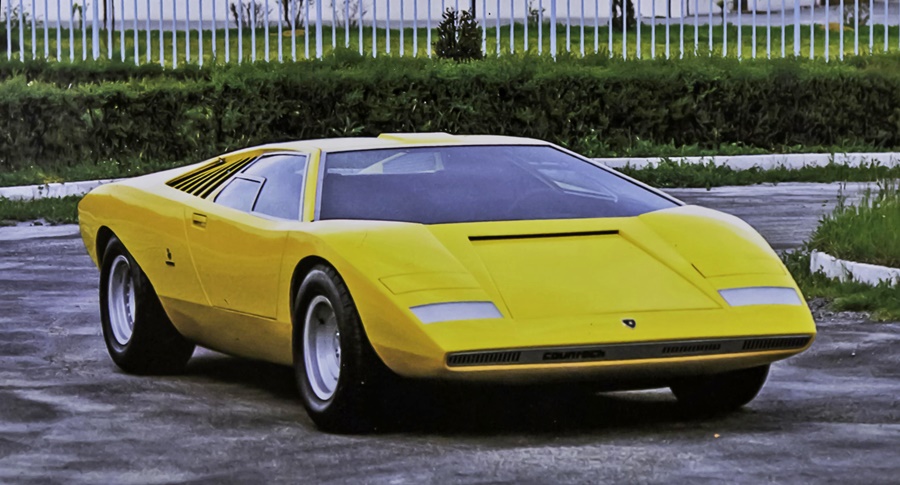 The beautiful, clean, futuristic lines of the Countach were styled by Marcello Gandini, Design Director of Carrozzeria Bertone. Gandini was also responsible for the decision to use the scissor doors, which since that time have characterized the production of Lamborghini’s 12-cylinder models.

The third prototype shown at the 1974 Geneva Motor Show was virtually a pre-production unit of what would come to be the LP400 Countach that went on sale the same year. The LP500, with a more powerful 4.8-litre engine (the LP400 had a 3.9-litre engine) was introduced 8 years later. 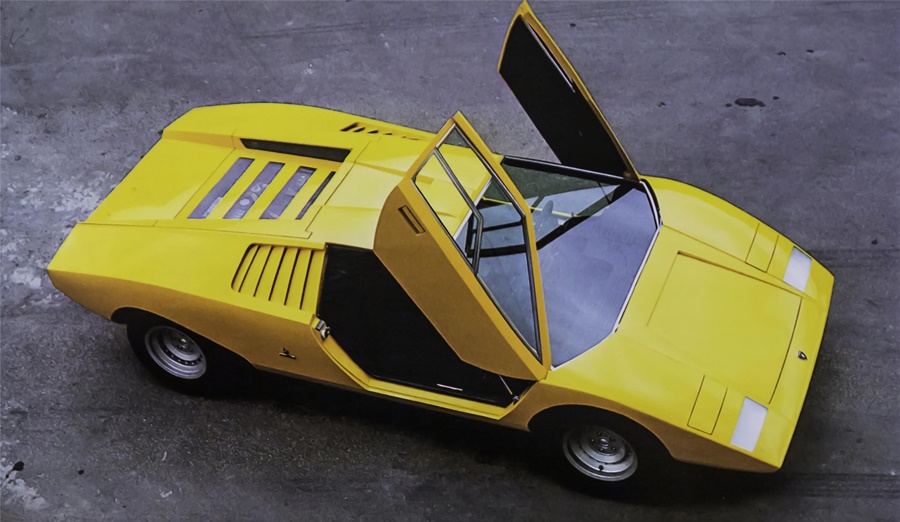 LP500 gets bigger engine
The LP 500 was a substantially different car for the LP400, which had a dry weight of around 1,100 kgs. It had a platform frame rather than a tubular one, and on the 12-cylinder engine were air intakes with a shark gill design. Some of the body panels were of kevlar (a high-strength material used for bulletproof vests) and inside, it featured sophisticated electronic instrumentation. 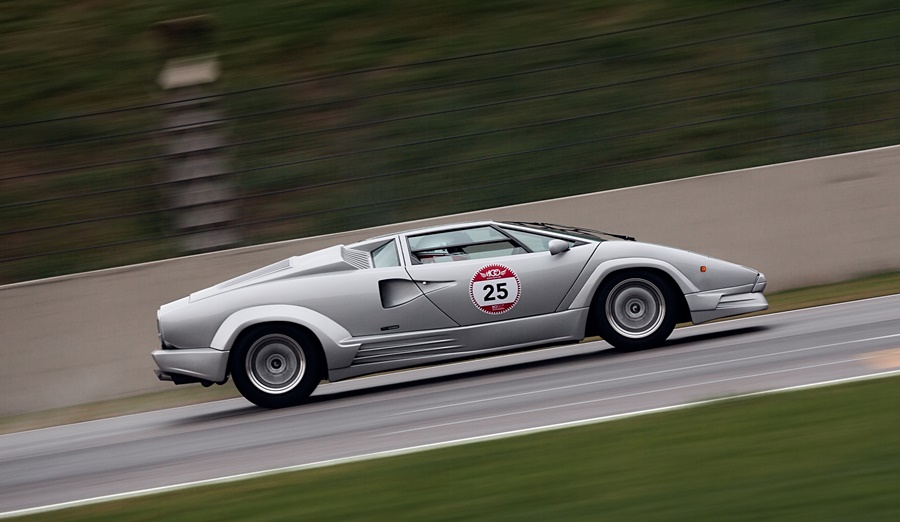 In 1988, Pagani created a restyled version of the Countach which became its 25th Anniversary Edition (shown above). It was regarded as the most refined and possibly the fastest variant of the Countach, able to go from 0 – 60 mph (96 km/h) in 4.7 seconds and reach a top speed of 295 km/h. Between 1980 and 1983, the Countach was also used as the Safety Car during the Monaco F1 Grand Prix.

A legend in automobile history
From 1974 to 1990, 1,999 Countachs in 5 different series were produced, representing a model that, in addition to ending up displayed on the bedroom walls of an entire generation and being used in dozens of films, allowed Lamborghini to survive the most difficult years of its history and to enter permanently into the halls of legend. 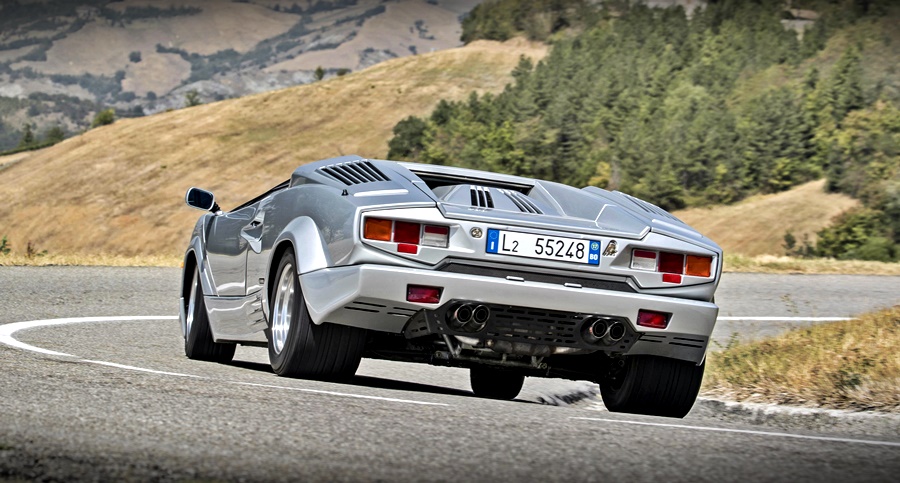