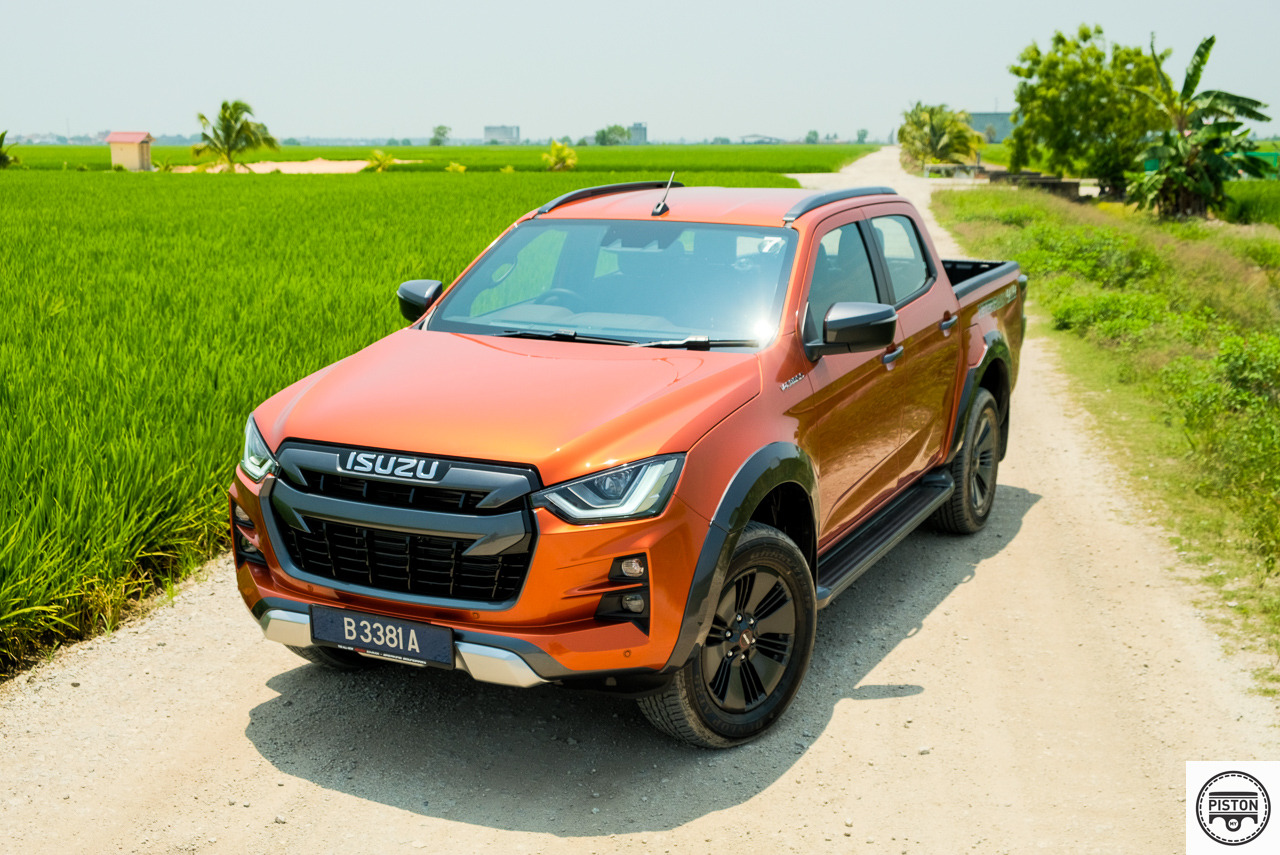 Would you believe us if we told you that Isuzu now builds one of the coolest pick-up trucks in its segment? There’s a pretty good chance you may think we have lost it and would say anything just to get some advertising revenue from companies. 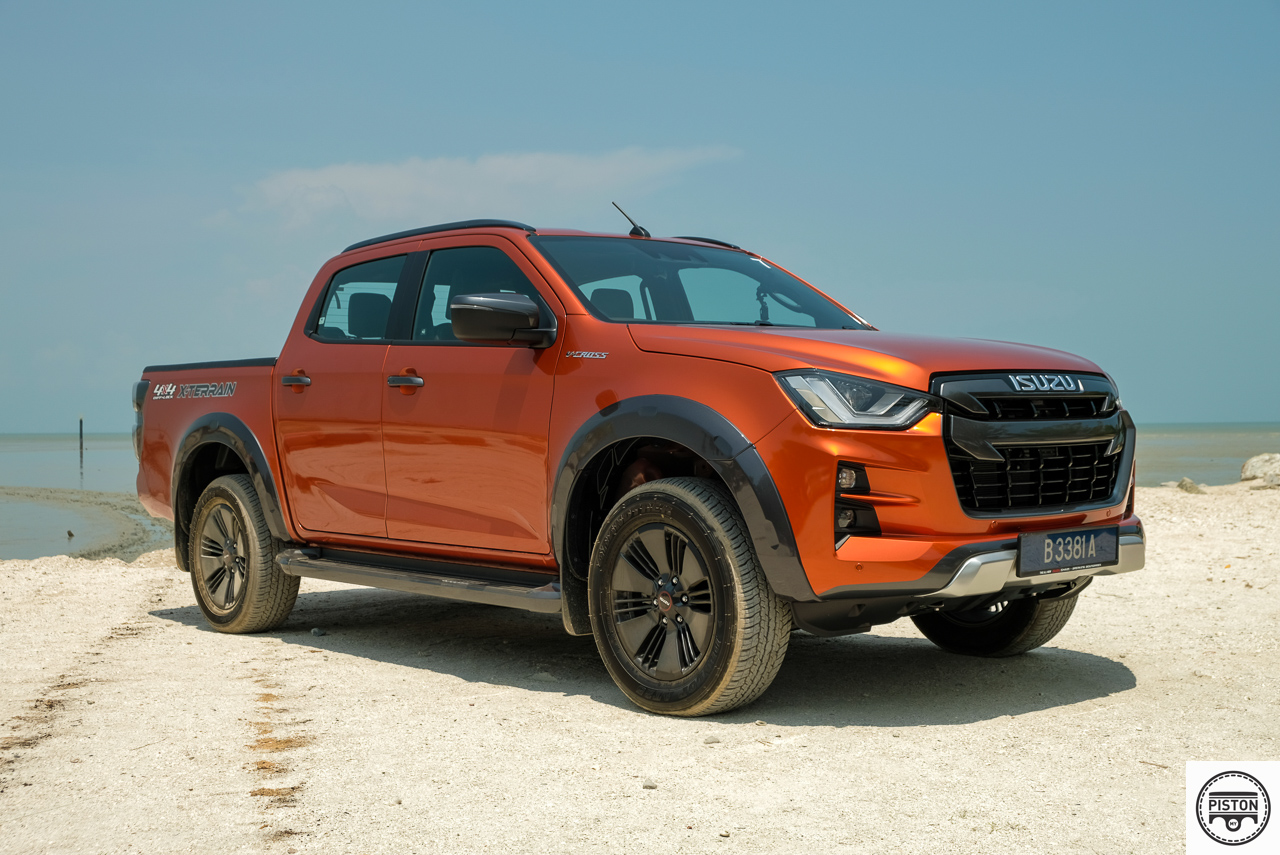 The Ranger Wildtrak is the one that seemingly has it all in order, but reliability seems to be the only chink in Ford’s armor.

The Hilux Rouge too is quite a good balance of everything, but the ride quality is still very much utilitarian. And Toyota really needs to get its entertainment system to be more intuitive. 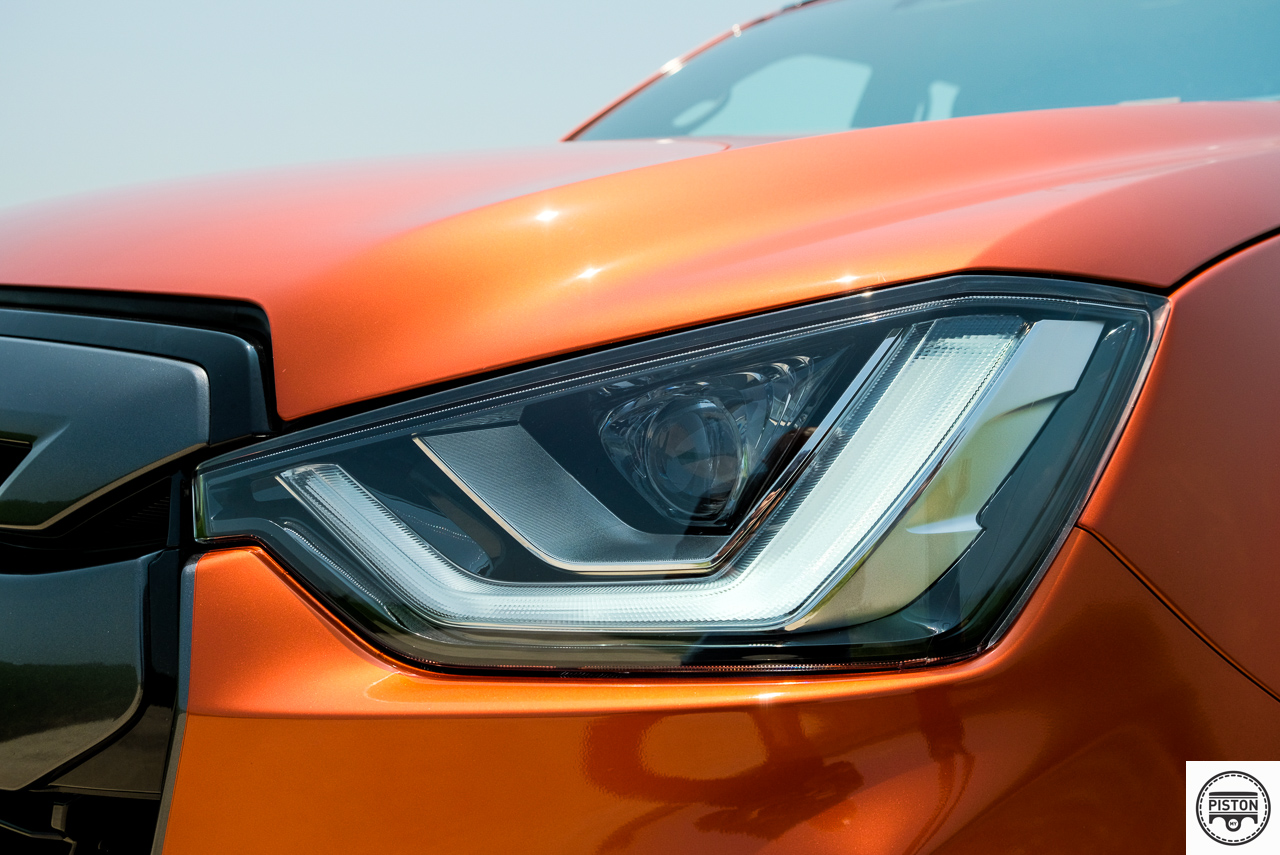 The Mitsubishi Triton too seems faultless but is still more of a workhorse than anything else. The new design too is very much love it or hate it. This writer still has a tough time digesting it. Sometimes it looks good, sometimes it doesn’t. 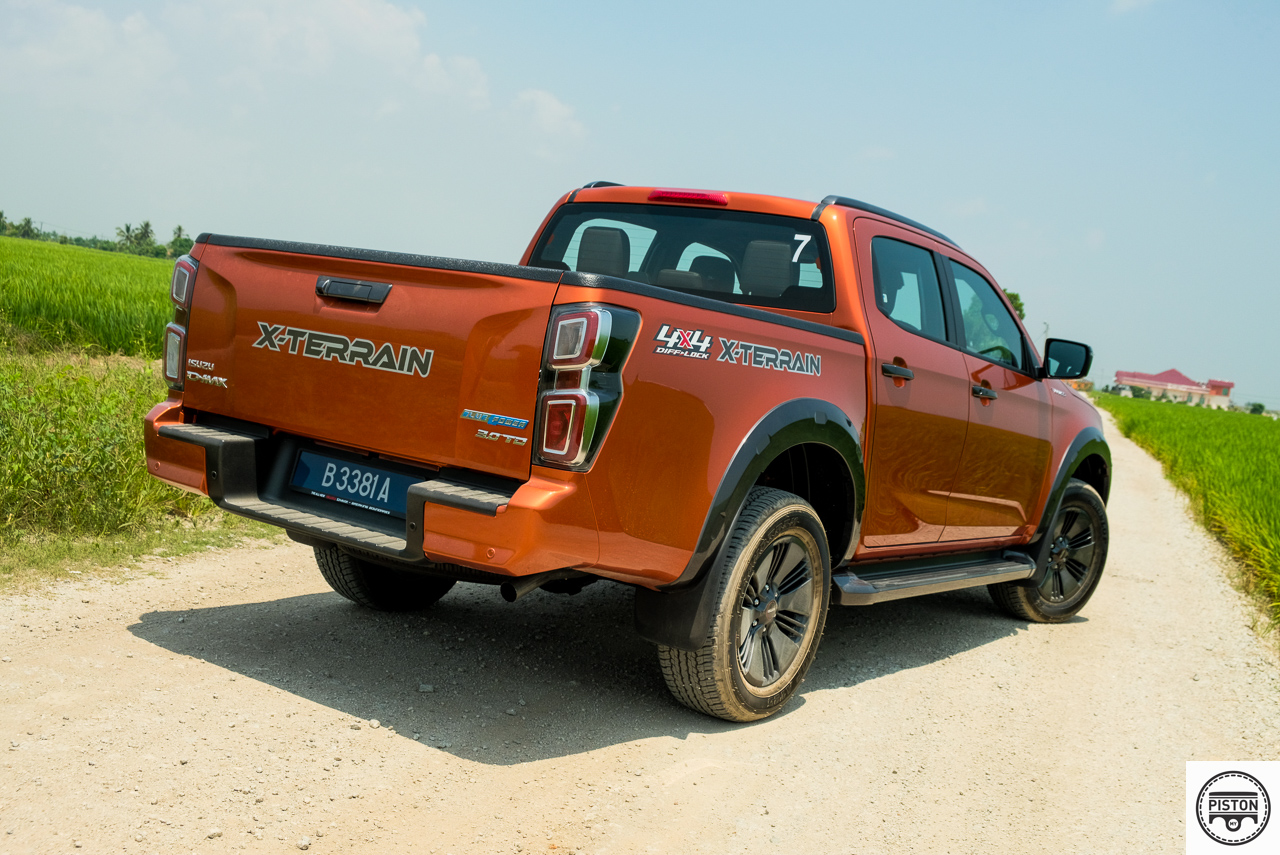 The X-Terrain is basically Isuzu’s first salvo at the premium lifestyle segment for pick-up trucks. And it is a mighty fine effort by a brand that has been synonymous with dependability and as a workhorse, but never one that you would buy if all you ever wanted to do is to carry some bicycles, some work items and that’s it.

But now though, you could consider buying an Isuzu just for your lifestyle needs, because it seems to have it all. Almost. 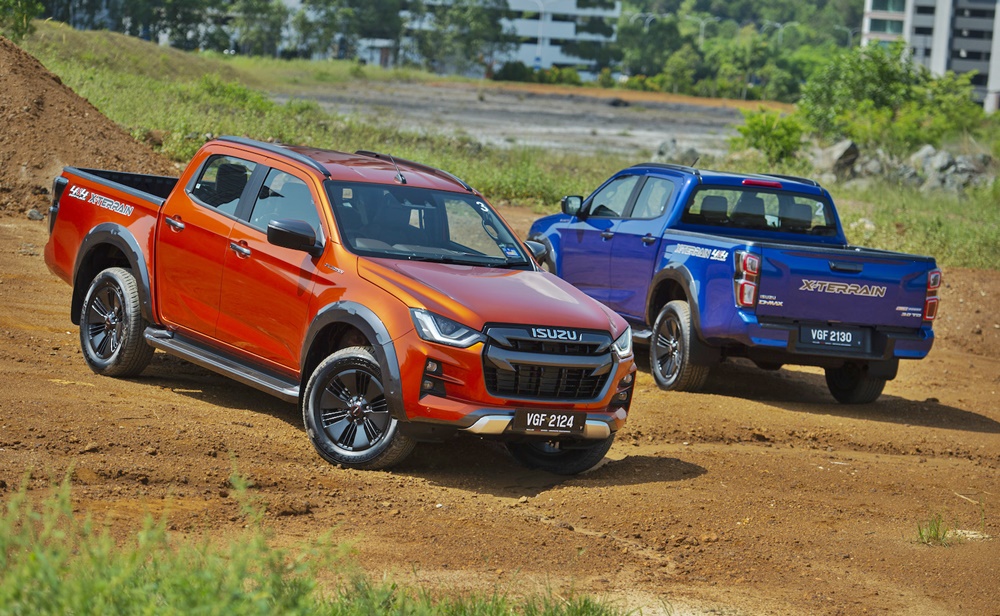 Let’s begin from the outside. I do think that the overall design could be better. You won’t really believe your eyes when you first see the truck, but that is because you don’t expect Isuzu to build such a truck, so it makes you go, “wow, is that really an Isuzu?”

Its design cues were supposedly shaped by learnings from the same wind tunnel that shaped Japan’s iconic bullet train – the Shinkansen. It may be aerodynamic, but that doesn’t make it a great looking truck. Perhaps it is just something very un-Isuzu like. Don’t get us wrong though, it not not ugly and it still has presence, lots of it and most of that is because of the sheer size of the truck. Visually, it looks about the same size as the Ranger Wildtrak.

The rims are of a love it or hate it design, and we imagine that some buyers would swap those at the first chance they get.

The truck bed though has a unique ‘sliding cargo tray’ that rolls out and makes it easier to store heavier items. This is especially handy when you use anti-slip mats and want to store items towards the back of the bed. Isuzu even thought of drilling holes at all ends of the cargo tray so you can use a cargo net to hold your ‘barang-barang’ in place. This is the type of thoughtfulness you can expect from a brand that has been making work trucks for eons. 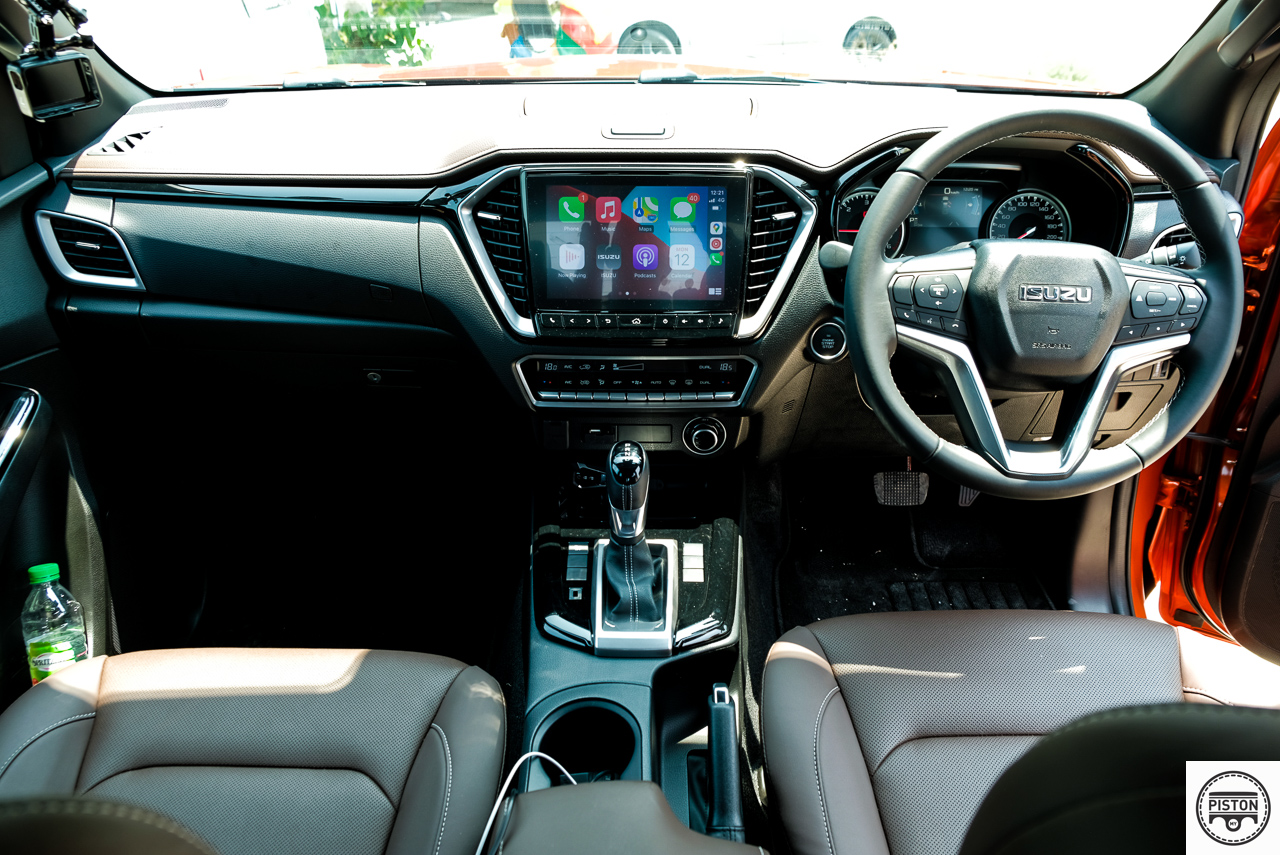 The interior is again un-Isuzu like. A 9-inch touch screen infotainment system dominates the dashboard and offers Apple Carplay and Android Auto connectivity. 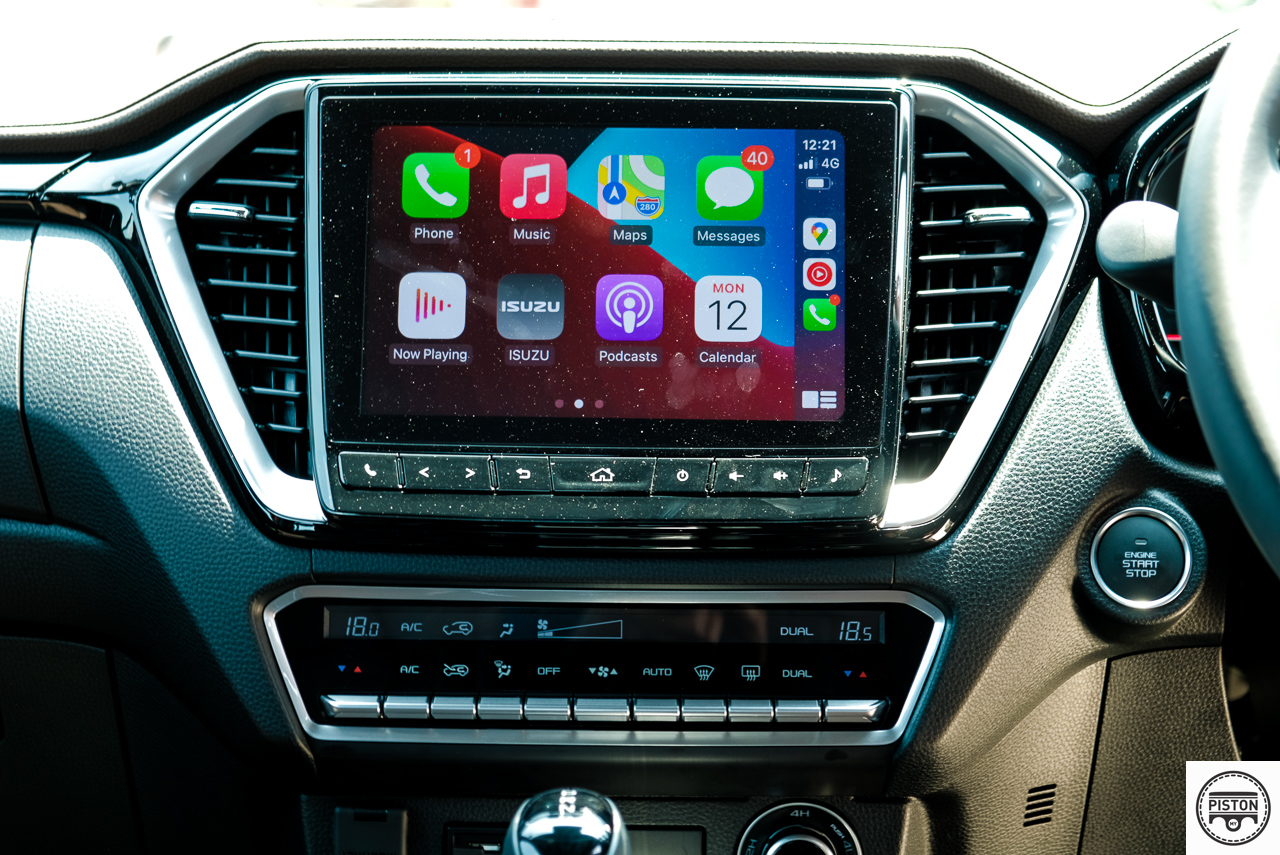 The Apple Carplay connects wirelessly, though this feature is sadly not mentioned in the brochure but is one of the most useful technologies when trying to run a business while driving. Yes, Apple’s Siri is that good.

Entertainment and comfort has never really been the hallmarks of an Isuzu, but the company has hit it right in the nail. 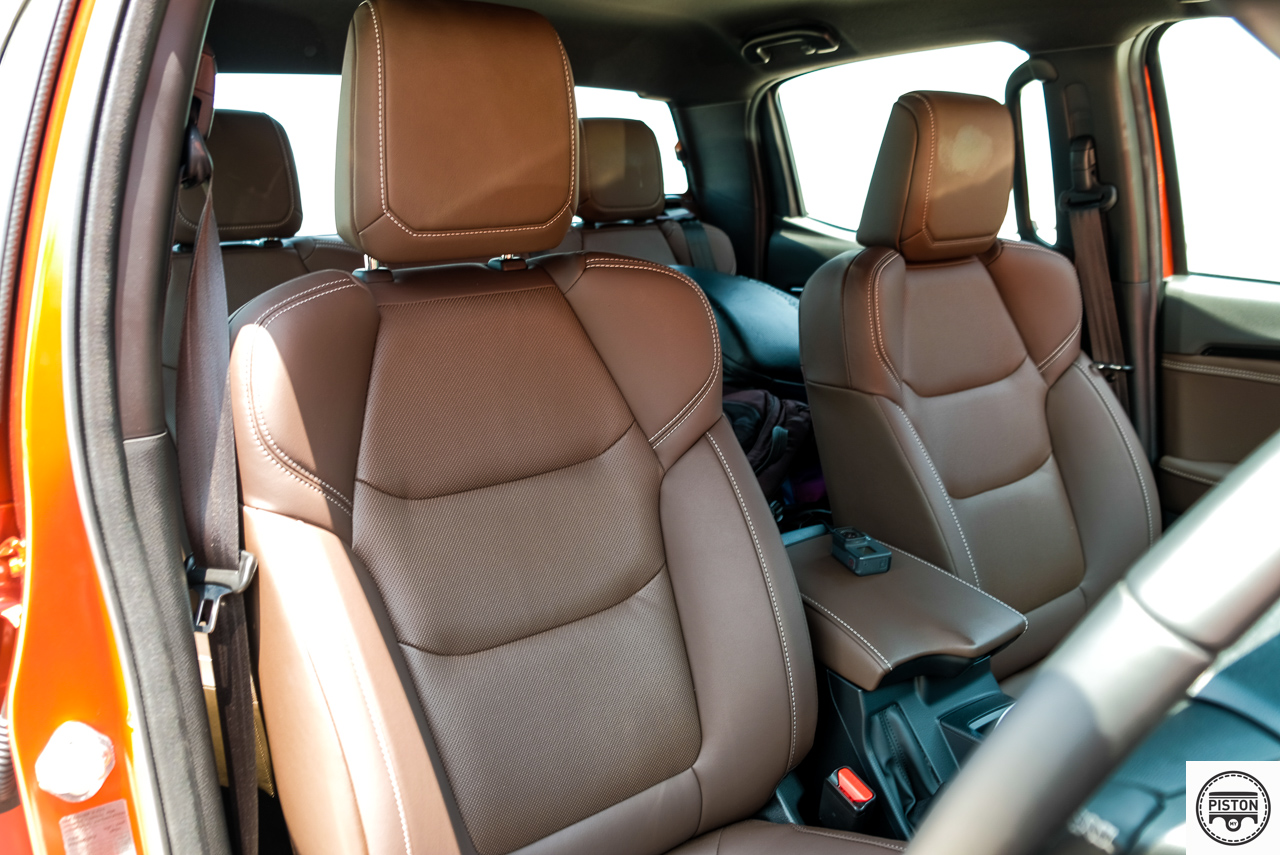 The seats for example, are in brown combination leather, and feature something called the Anti Vibration Elastic Comfort foam. This means that none but the harshest of vibrations will be felt by your body. I am happy to report that the ride on the highway and at low speeds was comfortable and you don’t really feel it creeping up your spine.

The ambient sounds that protrude back into the cabin though is still very much like a 90s pick-up truck. But this is a typical character of a pick-up. In fact, the only pick-up that has successfully made the cabin sound like that of a premium sedan (nevermind feel like one) is the Ranger Wildtrak thanks to the clever usage of anti-noise cancellation technology. 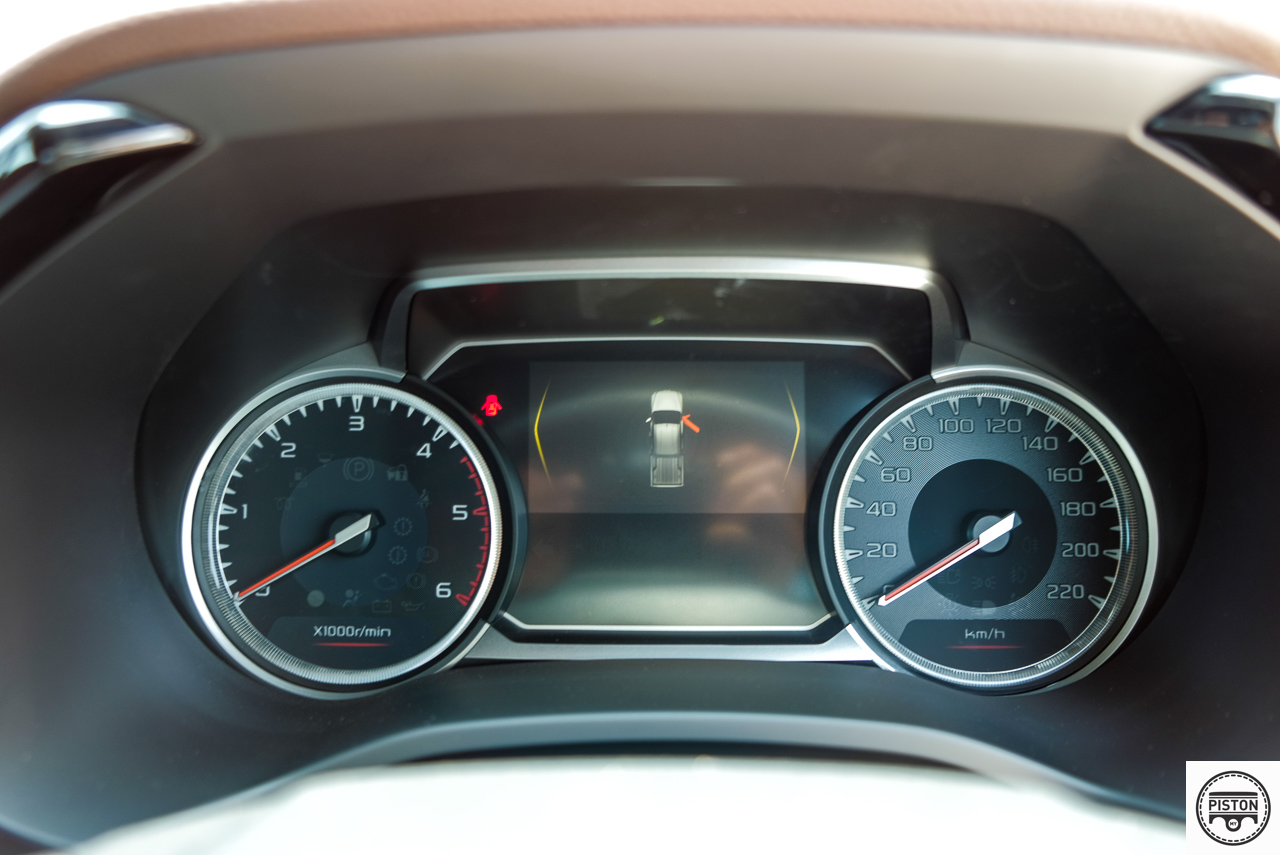 On the topic of technology, if you are of the opinion that pick-up trucks don’t need all that luxurious finishing since it is going to be used for work and perhaps parked out in the sun most of the time, well, Isuzu has a trick up its sleeve. The windscreen in the X-Terrain features a layer of infrared absorbent material (the first of its kind in its class) that reduces the penetration of infra-red , UVA and UVB rays into the cabin and thus reduces premature damage.

The ride character though is also typical of a pick-up truck, but it feels sure footed thanks to a bigger than ever chassis that is also 20% stiffer. Which means more strength and road compliance. And to ensure the truck doesn’t hop and skip on the road with all that stiffness, Isuzu now uses three leaf springs instead of the previous four. To further ensure passenger comfort, the semi-elliptical leaf-springs are complemented by gas shocks. Not entirely new technology here, but one that has proven to be reliable, and somewhat comfortable. 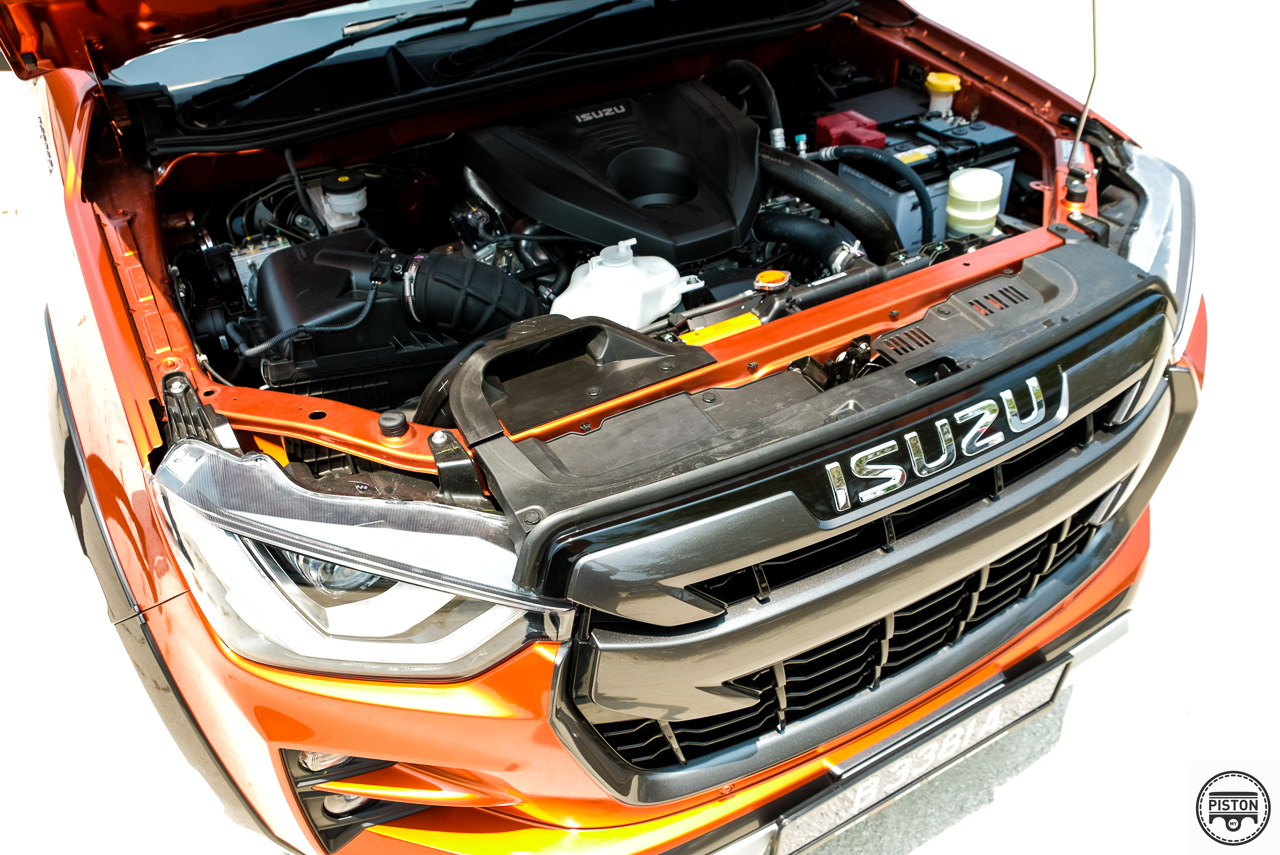 At heart of the new X-Terrain is the same 3.0-litre engine (code: 4JJ3-TCX), but massaged and revitalized to produce 190PS and 450Nm of torque. This is lower than the power figures put out by the Ranger Wildtrak and the Hilux Rogue, but somehow the X-Terrain feels more eager to accelerate. Probably because of the lightweight aluminium propeller shaft that requires less effort to transfer power to the rear wheels, making the car feel more eager during acceleration. 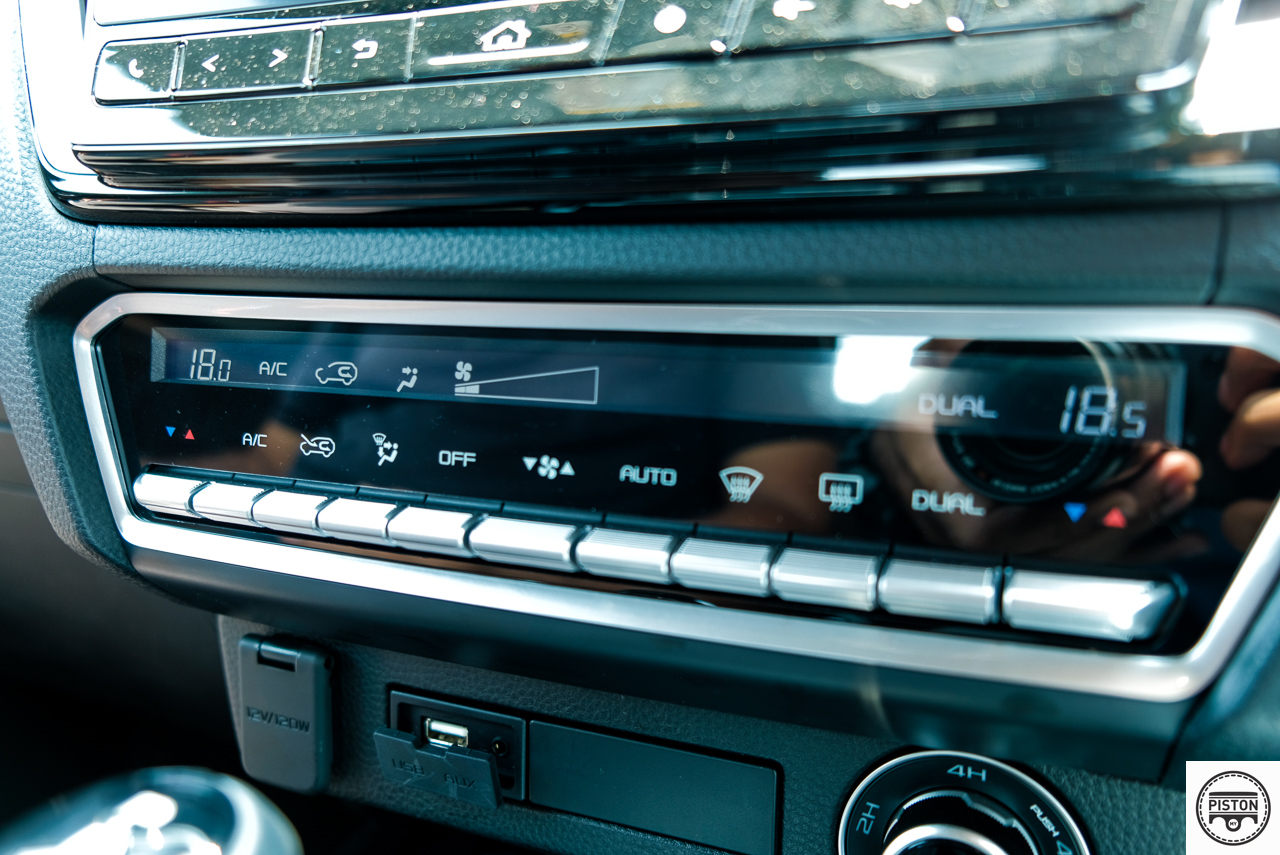 For the curious among us, the aluminum propeller shaft saves 4kg’s in weight as compared to the regular steel shaft. Isuzu says this also helps to extend the lifespan of the drivetrain as the reduced weight requires less inertia, which in turn reduces the amount of torque needed to spin it, thus reducing wear and tear.

The Isuzu D-Max V-Cross X-Terrain had proven itself to be a worthy entry into the world of premium pick-up trucks. Even when it comes to safety technologies, the new X-Terrain boasts two pages of safety systems in its brochure. It literally has everything you could want in a pick-up truck. 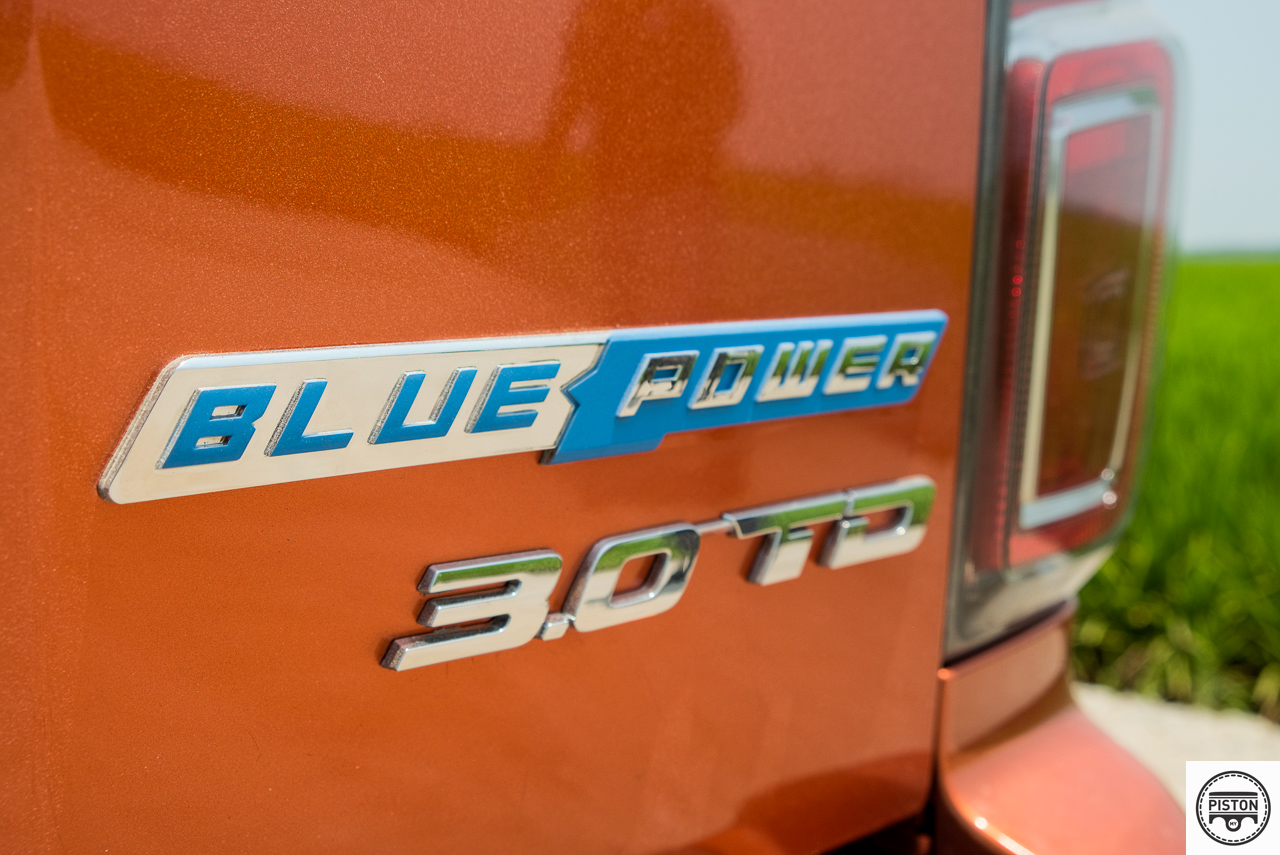 There is no denying the fact that the new D-Max V-Cross X-Terrain is a great pick-up truck. Anything the competition has, this Isuzu has too. And the one thing that Isuzu has that the rest don’t – a seven-year warranty! Isuzu has finally shown its hand, and it is a royal flush.

The only thing that Isuzu could have done better is to perhaps give it a shorter name.

The Isuzu D-Max V-Cross X-Terrain is now available in Malaysia for a little under RM142,000. 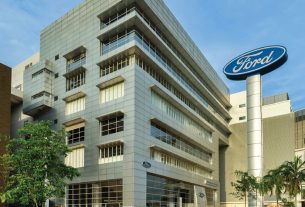 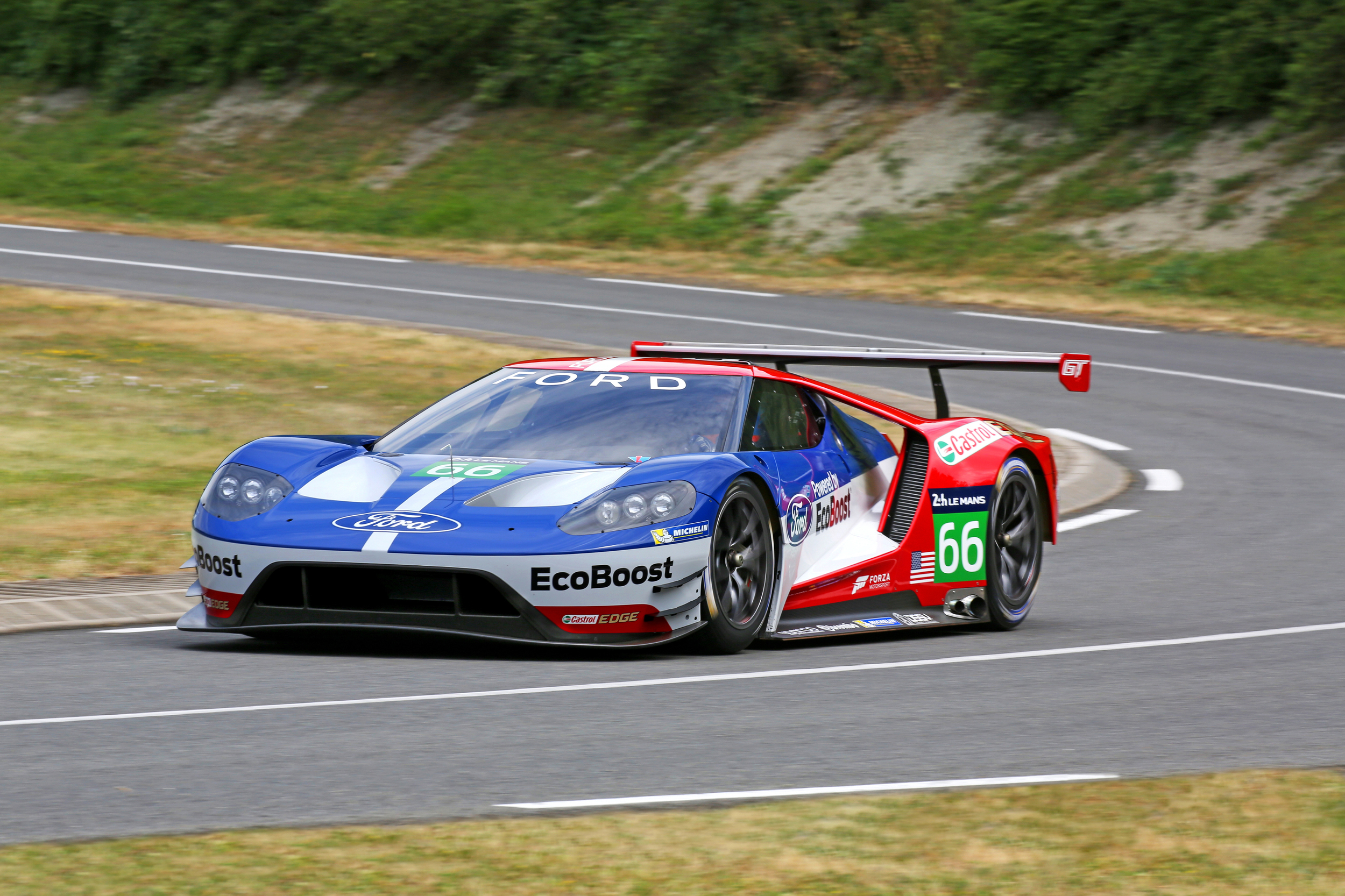 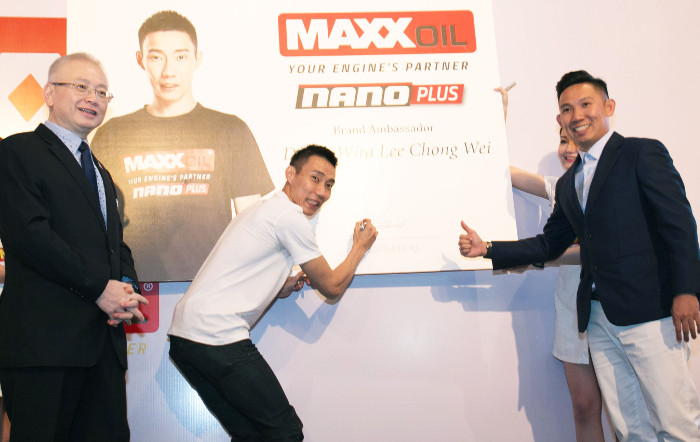