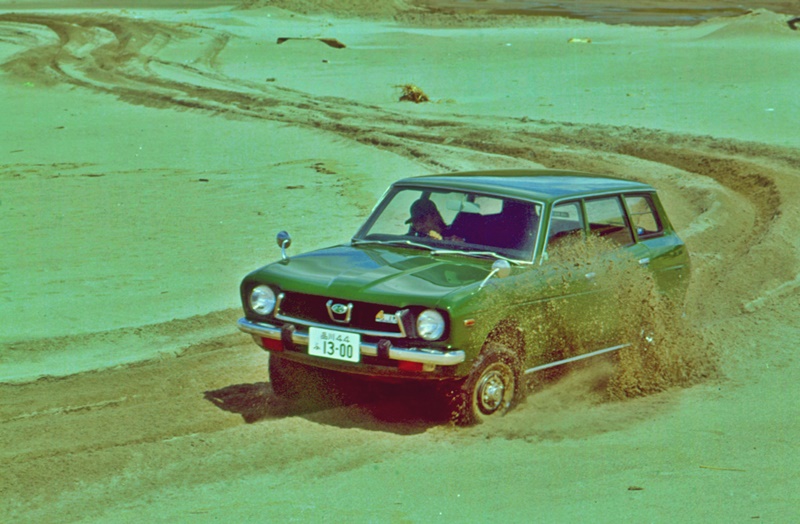 All-wheel drive (AWD) is available in all types of vehicles today but until 50 years ago, they were not typically found in roadgoing passenger cars and only in off-road dual-purpose vehicles (which are today called SUVs or crossovers). While Audi could be said to have started the trend by coming out with AWD system for roadgoing models in the early 1980s, it was Subaru (then known as Fuji Heavy Industries) which can lay claim to offering the first 4-wheel drive car in 1972.

Although British carmaker Jensen did have a sportscar called the FF which had AWD, only 320 units were ever produced; Subaru made it available in a mass-produced model. The model was the Leone which had been introduced in 1971, and a 4-wheel drive system was incorporated in the stationwagon version that was launched in Japan in September 1972. The timing was just right as the Winter Olympics were held in Sapporo that year and having a car with all four wheels powered was advantageous in the snow and ice. 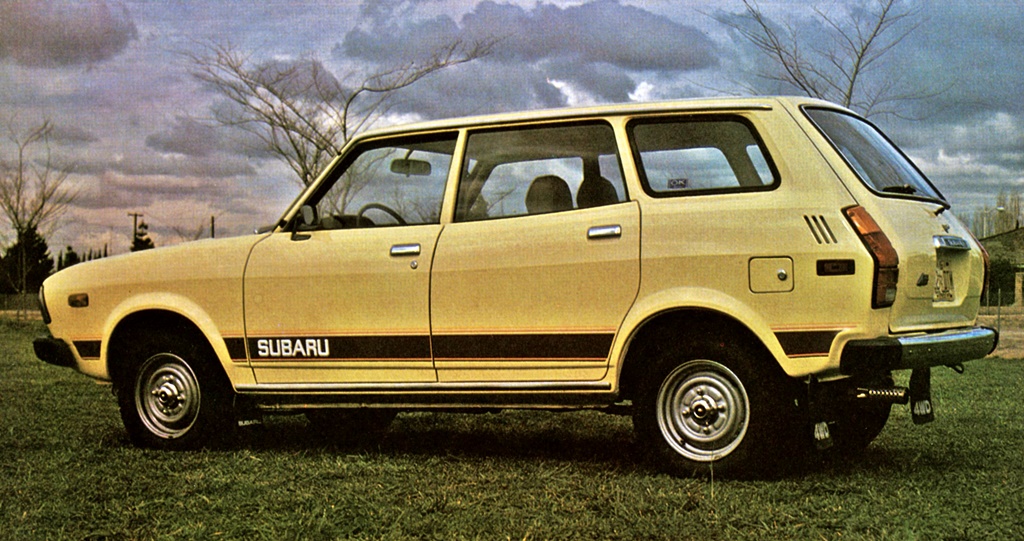 4WD and AWD
Before going further, a bit of explanation about 4WD, which was installed in the early Subaru models, and AWD which is more commonly used today. 4WD (or 4×4) has power and torque going to all four wheels constantly which is useful in rough terrain and lower speeds, but not so good on roads. With AWD, all four wheels are also powered but there is ‘intelligent’ variation between the front and rear wheels according to grip conditions.

The first Subaru 4WD system was initially fitted to prototype vehicles as early in 1969 and by 1971, in a small number of FF-1 sedans. The engineers used feedback from those vehicles to improve and make the system more reliable and durable for wider application. The company was encouraged to finalise the 4WD project when the Tohoku Electric Supply Company, which supplied the mountainous and snowy Tohoku Prefecture in the north of the Japanese main island of Honshu with electricity, invited Subaru to tender for vehicle supply. The energy supplier was looking for a safe and reliable vehicle for its employees to use in all weather conditions and Subaru was ready with its 4WD Leone Stationwagon.

The 4WD SYSTEM was a simple one compared to today’s ‘intelligent’ systems like Subaru’s own Symmetrical AWD. It was mechanically activated via a dog clutch and power from the 1.4-litre boxer 4-cylinder engine was transmitted to all four wheels proportionately. The durability of the system was proven not just by owners who used the Leone in challenging conditions but also in 1977 at the marathon rally from London to Sydney. A Leone completed the 30,000-km drive, finishing fourth place in the AWD class. 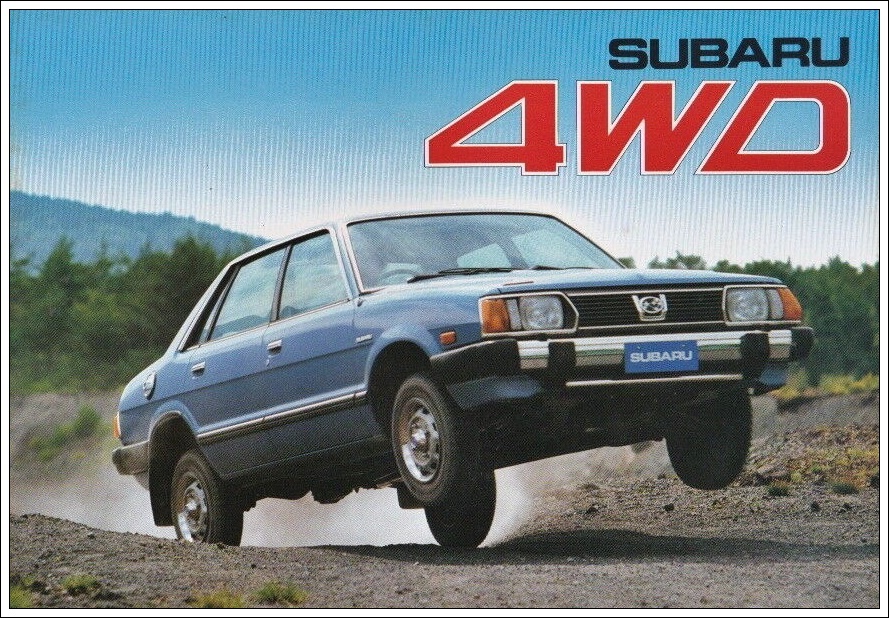 Key selling feature
It would become a key selling feature of the Japanese brand and popularise its vehicles in markets, with more than 20 million AWD vehicles produced to date. In the USA, the Leone gained a sort of cult status and Subaru of America proposed the development of a compact lifestyle pick-up truck based on the Leone. The model the engineers in Japan came up with was described as a ‘Bi-drive Recreational All-terrain Transporter’ and the American marketing people immediately decided that it could be called ‘Brat’ when it was launched in 1978.

The Brat (also called Brumby in Australia) was a hit as well, especially with the beach communities on the West Coast. Even former President Ronald Reagan got one for himself, using it on his ranch. The Brat had the 4WD system, of course, and two engine choices were available – 1.6 litres and 1.8 litres.  Some variants had a transfer case with High and Low ranges as well and 4WD could be selected at the touch of a button.

From 4WD TO Symmetrical AWD
As a pioneer in putting 4WD in passenger cars, it was not surprising that Subaru continued to develop more advanced drivetrains as the years went by. With more electronic technology available, it was possible to precisely control the amount of power flowing to the wheels for better vehicle stability and control.

The led to the permanent symmetrical AWD system that is available in virtually all Subaru models, except the rear-wheel drive BRZ. With Symmetrical AWD, the entire drive system, from the longitudinally-mounted engine to the rear differential, is mounted in a straight, symmetrical line. This precise orientation means each side of the system weighs the same, offering superior balance which benefits driving dynamics.

Active torque-split in the system distributes torque 60:40 front and rear, based on information from sensors constantly monitoring tyre grip, vehicle speed, steering angle, etc. The electronically controlled Multi Plate Transfer adjusts torque distribution to the front and rear tyres in real-time to suit driving conditions, as well as the transmission and driver inputs. The system is so advanced it can detect a loss of traction, or slip, of a wheel in less than one revolution of the wheel. 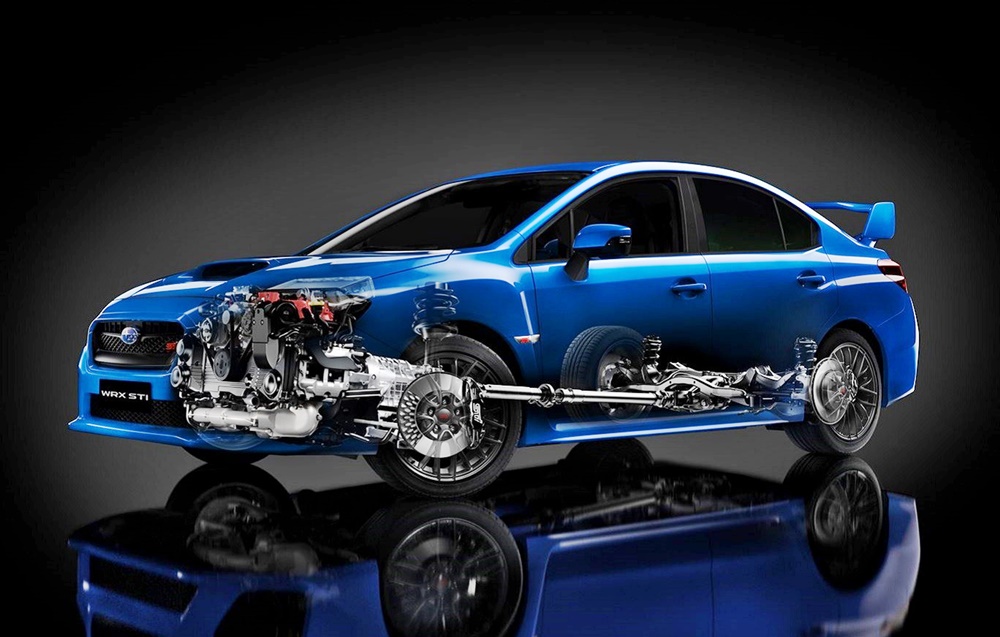